0shares
12 months ago I had never even heard of the concept of a ‘Family Festival’ let alone attended one.  However, after reading the review of the first Geronimo Festival on Mini Travellers, I was curious and decided that we were ready to investigate!
The Geronimo Festival takes place at two locations; Harewood House and Tatton Park.  As we live in Shropshire, we decided to aim for the Tatton Park location.  The festival runs over two days (Sunday and Bank Holiday Monday) and having looked at the ticket costs, we decided to book a cheap hotel, turn it into a family adventure and go for the two days.
Tickets were purchased in advance and you are kept up to date via their Facebook page, I found this really useful and it helped me to think about what we wanted to do when we arrived. It is also interesting to note that the celebrity acts attending the festival are also released via the Facebook page in the build up to the festival, a few months ago Geronimo announced that Justin Fletcher was attending and as a result ticket sales soared and the Sunday ( the only day Justin Fletcher was appearing!) rapidly sold out- more on that note later!
As you head towards Tatton Park you begin to pick up the yellow signs pointing you towards the festival location.  As we are not familiar with the location, these signs were vital for us and I have to say were not as frequent as we would have liked this resulting in a bit of ‘follow the crowd’ and trial and error to get us there- having said that, there did seem to be a few more signs on the Monday…
On arrival, we parked in the main car park and asked an attendant for directions, he commented that he ‘thought it was that way’ and pointed, luckily a family familiar with the estate told us where to go and we joined the huge crowd heading towards the festival site.  Now, we expected it to be busy, but it was absolutely heaving!

When you enter the site, you are encouraged to ensure that your mobile number is written onto the children’s wristband, we were also provided with a site map and schedule for the main Geronimo Stage and informed there was free sun cream if we needed it.  We headed in and and were initially a bit overwhelmed by all that was on offer! We checked the Geronimo Stage line up to ensure that we didn’t miss the acts we wanted to see and then started to explore a bit…there was an awful lot to see and do and there were rather long queues at most of the attractions but luckily, our daughter (6) was immediately distracted by the Knights on horseback in the arena so we headed there first.  I have to admit, the shows in the arena would have easily held her attention for pretty much the whole day! There was an excellent mix of motorbike display (the fact that the youngest in the team was 5 was a real talking point for her!) from The Imps, sheep dogs, horses and a variety of other performances which were all very much of interest to her! Much as I would have been happy for her to stay here, I was adamant we were going to make the most of our time in the festival (and to be absolutely honest, get our money’s worth!) so we gently lured her away with the promise of other things!

We explored the site and got our bearings, there are lots of performers around who are quick to engage with the children and so progress, although slow, is very entertaining! We then managed to head to the main stage in time for Mr Bloom. We actually ended up being at the main stage for the rest of the afternoon, Mr Bloom, Andy Day and Swashbuckle came one after the other and there was no chance my daughter was moving! I have to say, Andy and Swashbuckle were particularly good and seemed to gauge the crowd really well, drawing in both adults and children alike! Watching all these acts on the first day actually turned out to be a really good move as these acts were repeated on the second day and it meant we had already seen them leaving the second day free to explore the activities more…as the afternoon drew on, crowds gathered and it seemed the whole site were by the stage for the main act, Justin Fletcher…by this time it really was hot and it was good to note that there was a free water point to refill your bottles to keep everyone hydrated, having said that, the queues for ice cream were ridiculously long!

When Justin started his performance there was a real party atmosphere and again he seemed to do well to get the crowd involved. However, possibly due to the heat or maybe at 6 years old she is a little beyond Justin, but at this point, my daughter started to loose interest and so we quickly decided to take advantage of the fact that most people were watching Justin and explored the site again taking note of what we could book for the next day (Monkey Do) and starting to wind down for the day.
AD | I have been or could be if you click on a link in this post compensated via a cash payment, gift or something else of value for writing this post. See our full disclosure policy and privacy policy for more details.

We left the site at around 5pm (via the Park!) and at this point decided to feed the children in the restaurant at Tatton Park so we could arrive at the hotel and just get them settled straight down for bed- we were all hot and tired by this point!
After a good nights sleep, we again headed over to the site for another day of festival fun. Now, this really is a point to note, day 2 was about a tenth as busy as day 1, it was much quieter and as a result immediately less stressful for me than the first day, maybe because there was no Justin Fletcher on Monday?!  Anyway, we immediately set about doing all the things that had been busy the day before and got round the donkey rides, pony rides, Monkey Do rope course (which was superb with brilliant staff who really looked after the children!) and the helter skelter (twice), this also allowed us to head to the ‘3ft and under’ section with the baby to allow him some time to explore, he loved the Tumble Tots session so much we signed up to do it twice (again, the staff were super here and really great at encouraging my 13 month old on all the activities).
Having stayed in a hotel the night before, I didn’t have the convenience of a packed lunch on the second day (it really is worth taking food with you and there are plenty of picnic places) and although we had plenty of snacks and drinks, we supplemented this with a toastie which seemed to us the healthiest snack option and best value for money, they were also super quick at serving you!

We spent the rest of the afternoon doing a bit of ‘divide and conquer’ with one child each and trying to pack as much in as we could.  There were theatre performances on all day, music workshops and craft activities – we really didn’t even manage half of what was on offer…

Overall, I would most certainly visit again, yes it was crowded on the Sunday but knowing we were going back again really took the pressure off and it meant we didn’t spend the whole day queuing for one or two activities. Plan well, take time to explore the site and most importantly go armed with enough food for an army, it’s a great family adventure for all ages!
NB: Rachel paid for her tickets to Geronimo and did not receive any incentive to write this post. 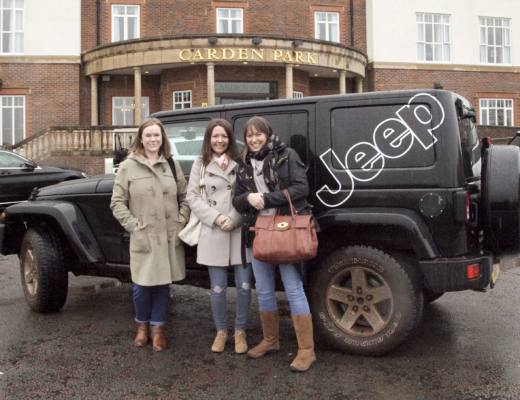 Jeeps and Jacuzzis at Carden Park 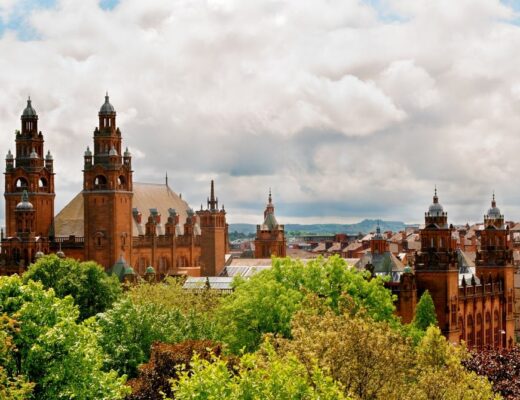 10 Things to do in Glasgow with Kids 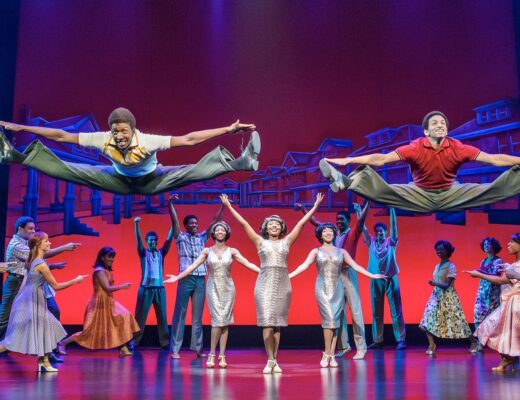