NB: In the interests of full disclosure this is a paid campaign with National Express and it isn’t something I would normally have booked but I probably would again!

So when I told the kids we were gong to the Christmas Markets in Manchester on Saturday by coach they did ask why? As a family it’s something we’ve never done. We go to Manchester in the car a lot and we also go by train but we’ve never before considered going by coach.  The reason for National Express to contact me was because they wanted to get people who might not have considered travelling by coach re-think it, and make coach travel a consideration.

Like many of you I travelled by coach when I was younger. It was cheaper than the train; which was, and still can be, expensive, and so as a student I did some coach travel. I don’t have many fond memories if I’m honest. I recall being uncomfortable, the toilets always being out of use (and if you were unlucky enough to sit by them, then smelly) and they were always very very late. Oh and I never felt particularly comfortable in the coach stations they went to and from.

So as you can imagine  my expectations of our trip weren’t very high.  However not one to let past experiences blind me to new ones, we set off!

[ad] So we are off to Manchester Christmas markets today on the @nationalexpress coach – can’t tell you how long it’s been since I took the coach! Let’s see what it’s like! We are feeling Christmassy! #nationalexpress #christmaspresence 🎄 🌟 🎄 🎅 🎄 🔔 pic.twitter.com/uQ0w4BfmZX

To start with the National Express coach in Liverpool goes from the new bus station outside Liverpool One and John Lewis which is a great start as it’s bright smart and new. It’s not tucked away in a back street and it feels light and safe and open. I was travelling during the day with my three girls but I’ve spent quite a bit of time in that area after dark, shopping, walking back to the car park at John Lewis after concerts or back to the car after dinner. It’s an area that feels busy and safe and you’d be happy to use.

I was also a little concerned that I wouldn’t no where to get the coach from as the last time I did it, no-one seemed to know which stand the bus would arrive and and when exactly it would leave.

There was no such concerns at Liverpool One coach station. National Express have their own waiting points and their own office to ask questions should you need to, or where you can buy tickets.  We had booked tickets on the 10.00 coach from Liverpool to Manchester so we had guaranteed seats 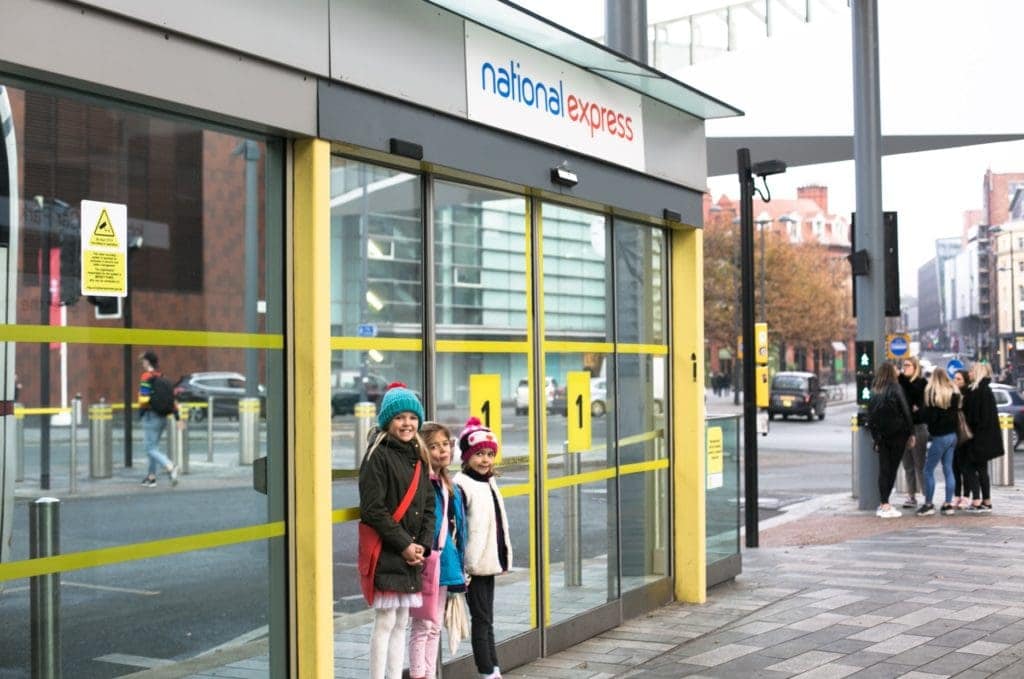 There is also the option of seat reservations on selected services (£2 per person).  We didn’t choose this option this time but having realised how busy the coaches are it is definitely something I’d consider doing next time as I wouldn’t have wanted to get split up from the kids.  There is also a pretty huge luggage allowance per person. Far better than any of the airlines!  A generous luggage allowance of two medium sized suitcases, each weighing no more than 20kg and a small piece of hand luggage are included.  You even get help from the driver with your bags!

Anyway luggage wasn’t needed on our trip so I won’t go on about it but it was nice to see the driver willingly helping everyone who needed it and not complaining at all.

On arrival at the coach station at 9.45 our coach was ready and waiting for us. We all boarded and found seats together. The kids who use far more coaches than me at the moment (with school trips) deemed this a swanky coach due to the quality of the foot rests and the leather seats!  Apparently the only thing it was lacking was the arm rests which Izzy’s luxury coach to Liverpool for a trip the other day, did have. 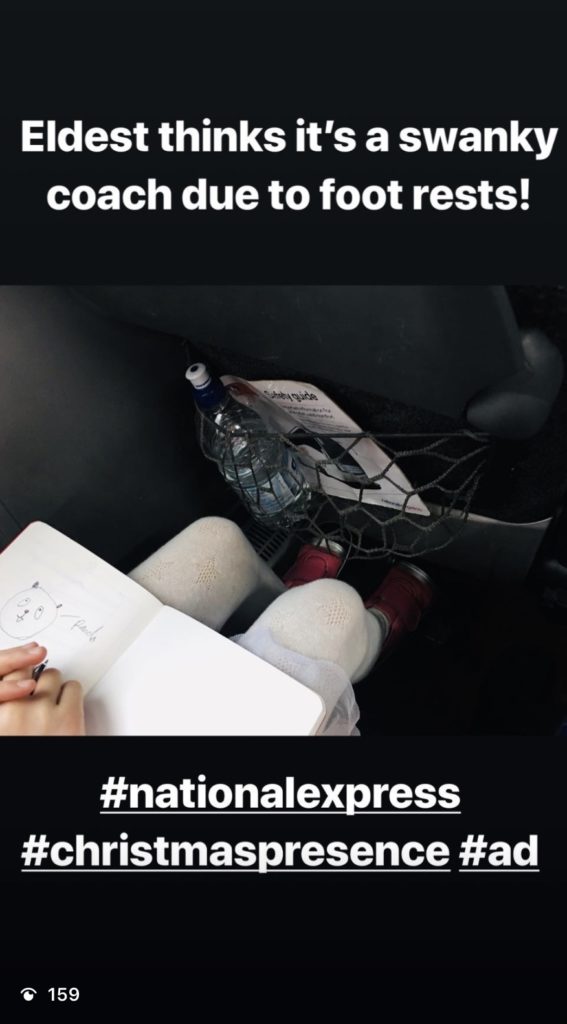 So we set off on our journey to Manchester. It wasn’t due to be a long journey only 1hr 10 minutes which is basically the same as it would take in the car and pretty much the same length of time as the train takes.  I know this isn’t the same for all journeys, for example a train to London from Liverpool is significantly quicker than a coach to London but what it’s showed me is that it is worth checking.  It is worth pricing up and looking at the time of the journey with National Express or by train. Often there will be a direct coach from one location to another, even when there isn’t a direct train.

The coach was on time, arrived on time and left for its next departure point on too. I haven’t taken many trains like that recently.

You can check out what the space was like in the stories above.

If your child usually uses a booster seat then you can actually ask the driver for one. I didn’t actually notice this sign until we were half way there but it’s worth knowing particularly if you have much younger children.

We played cards, chatted and the girls even wrote their Christmas lists too.  We didn’t get chance to check out the free entertainment via VUER which is a complimentary onboard entertainment app offering films, TV and magazines – but we saw lots of signs about it. There was also a suggestion that there was power sockets onboard but we didn’t find them near our seats and to be honest I’m usually quite good at finding them.

Before I knew it we were in Manchester. The journey had been pleasant, quick and I didn’t need to find anywhere to park in central Manchester on a busy Christmas Saturday. It also meant I could enjoy a mulled wine at the Christmas market, particularly useful as Matt was picking us all up form the coach station when we got back.

The Christmas markets in Manchester were crazy busy as usual but the girls enjoyed picking out some Christmas decorations for the tree that arrives next week, personalised ones for them – and for our cat Poppy! We also admired all the wooden toys for sale and the food – oh the glorious food! 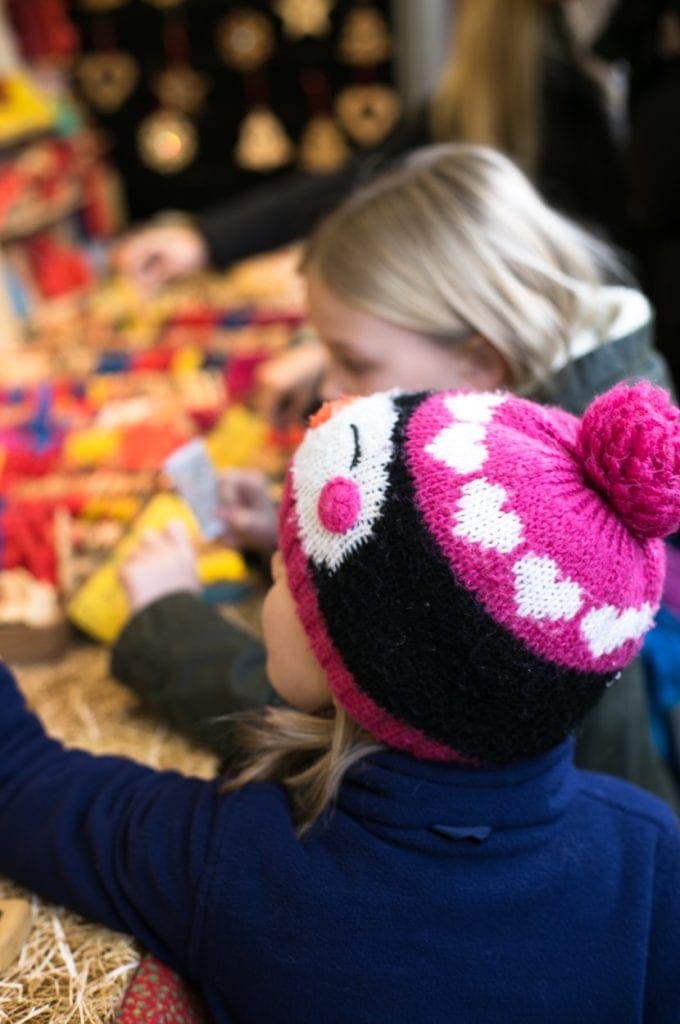 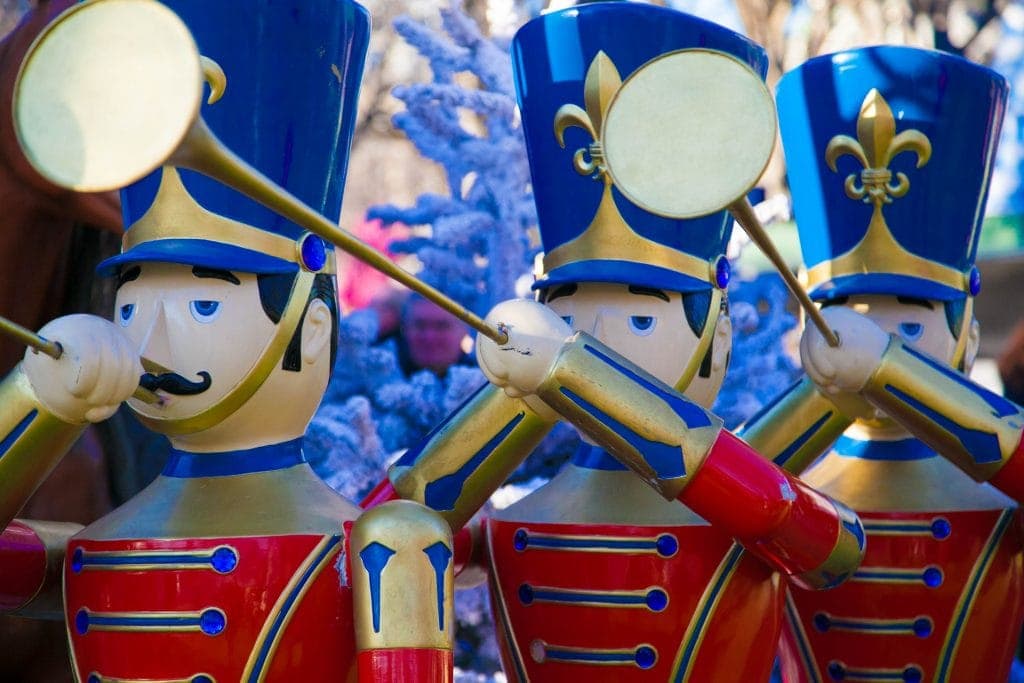 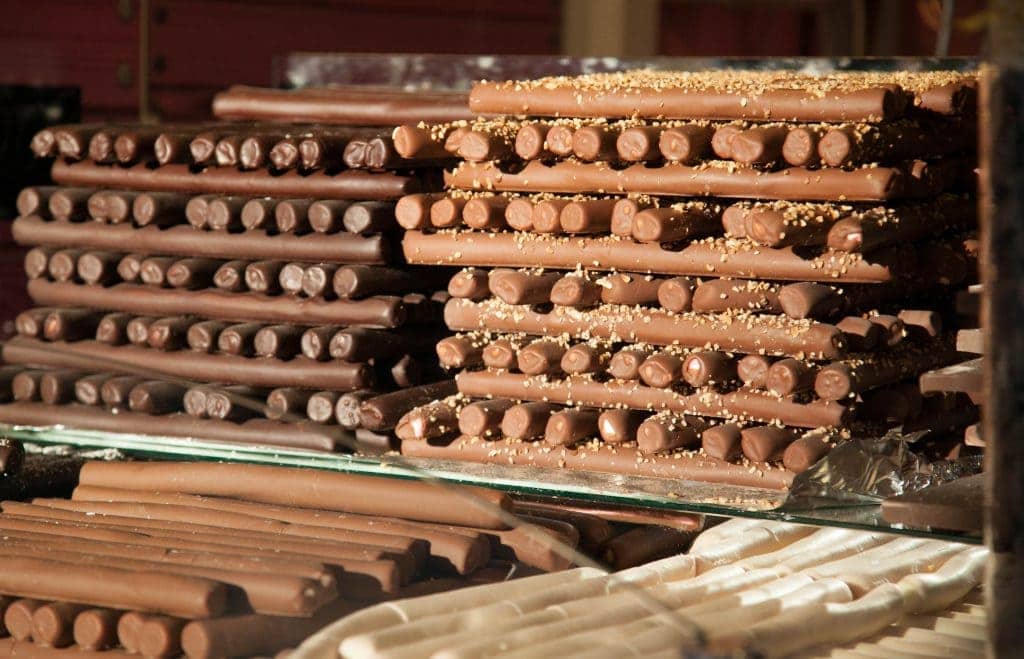 The Christmas markets in the end were a little too busy for the kids and they decided that they were so hungry with all the smells of hot dogs and mulled wine, so we made our way to Bella Italia on Deansgate where I had booked us in for noon.  As we’ve been given a Bella Italia gold card (food for the 5 of us) until end of December we’ve had a few meals at different Bella Italia’s and Manchester wasn’t one of my faves. The staff in the New Brighton, Chester and Liverpool branches definitely smilier and the branches definitely better organised. We didn’t leave until nearly 2pm and it hadn’t been all that amazing. It’s a shame as we’ve been really impressed with Liverpool Bella Italia and New Brighton Bella  so do check out our reviews of those. 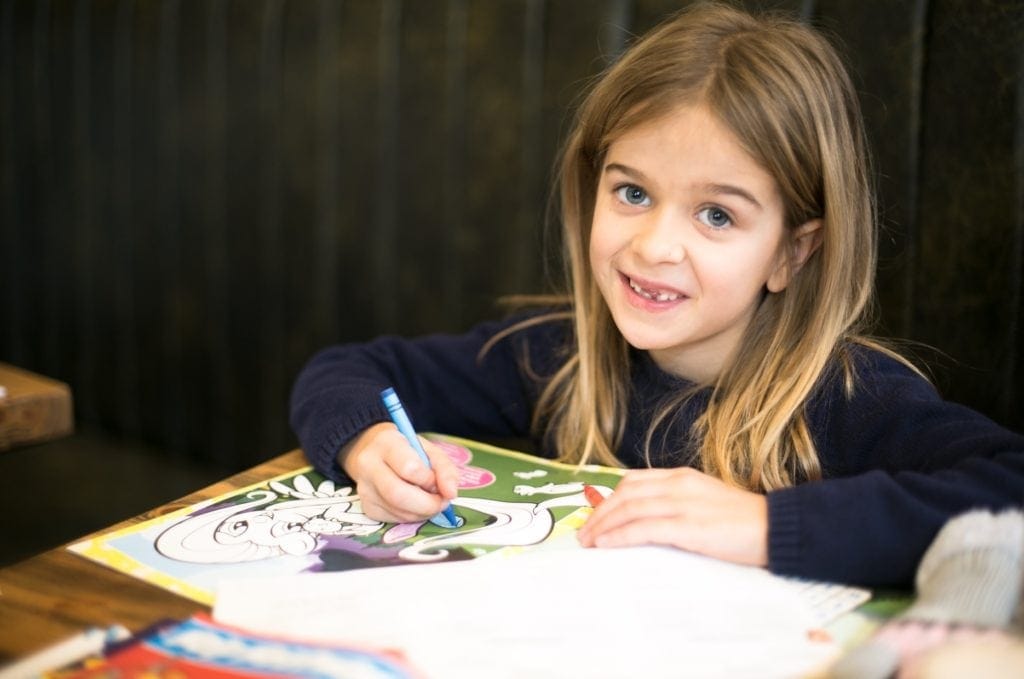 Fed and watered and shopped out, we made our way back to the National Express coach station on Chorlton Street in Manchester. The kids as usual needed to use the toilets before we got back on the coach, and the very kind lady let them for free as I didn’t have four lots of 30p to use the facilities. I was happy to see that they were clean and tidy though.

The coach back to Liverpool did arrive around 10 minutes later than it should have done into the station, but it seemed to make up some time and we weren’t back much later than we should have been.   All in all it was a really successful trip and I’ll definitely look into using the coach on another occasion.

If you want to find out more about National Express then why not head over to their website. www.nationalexpress.co.uk

Why not PIN this post about CHRISTMAS MARKETS  BY NATIONAL EXPRESS 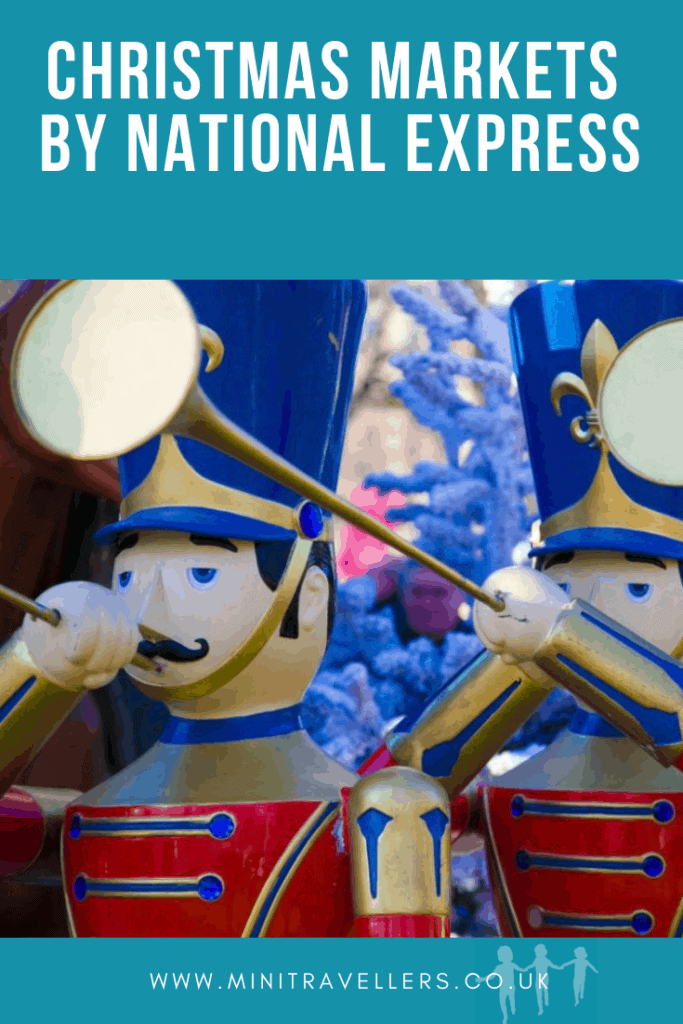 I have to be honest, the thought of travelling by coach makes me shudder. School trips as a kid where fellow pupils got travel sick and then 12 hours plus on Greyhound buses around Australia put me off for life! I can see the benefits of it though for the budget traveller, especially for shorter distances. Love your honest reviews too Karen.

We have not used National Express for so long, but I remember as a kid we used to get them for most of our holidays. It sounds like a lovely way to see the Christmas markets, just a bit of a shame about the restaurant

I LOVE the fact that it takes away the stress of finding somewhere to park AND you could have a mulled wine! I have used National Express coaches quite a few times when its worked out a heck of a lot cheaper than the train from the airport...

I too have got some not too great memories of coaches so it's great to hear they've improved over the years. Nice to know you can have a glass of wine or something and not have to worry about driving

I definitely wouldn't have thought of this (I always equate bus travel to my backpacker days of a long time ago) but it makes total sense to use a coach service. It sounds like you had a great day out!