We have hit Christmas with a bang in our house by heading to the Liverpool Empire and watching Nativity! The Musical last week.

Thanks to Liverpool Empire for review tickets – all views and opinions our own.

In the words of my daughter below – it was stunning! A Strictly Come Dancing reference if ever I heard one!

The stage production is a spin off from the much-loved festive film series Nativity!, Nativity 2: Danger In The Manger! and Nativity 3: Dude Where’s My Donkey?! Nativity! The Musical is also written by Debbie Isitt, the creator of these much loved family films which have aways been a huge hit in our house.  If you haven’t seen the films and can’t make the show why not add these to your Christmas list.

The show is lively bright, cheerful and definitely worth booking tickets for. Your kids (and you) will love it!

It’s left Liverpool now but has moved onto Glasgow, followed by Milton Keynes, Stoke on Trent and Oxford all before Christmas.  You can book tickets here.

Lipkin (as Mr Poppy) was the star of the show. The kids loved him and hubby thought his banter and energy brought the show to life.  There were jokes for the kids and jokes for the adults and generally fun for everyone.  Garnham and Emmerdale’s Adam Thomas were also excellent but the use of local children was incredible and gave the show an additional dimension and overwhelming engagement from the audience. For the Liverpool leg of the tour, local kids who were chosen from open auditions held at the Empire and the Oakmoor School children were played by Gracie Booth, Elizabeth Nelson, Zara Baptiste, Lewis Bhola, Tyana Millington, Riley White, Lochlan White, Lexy Dawbarn, Isla Curry, Porsha Hoyland Lau, Erin Rose Byrne, Charlie Wakefield, Libby Williams and Cameron Jones. 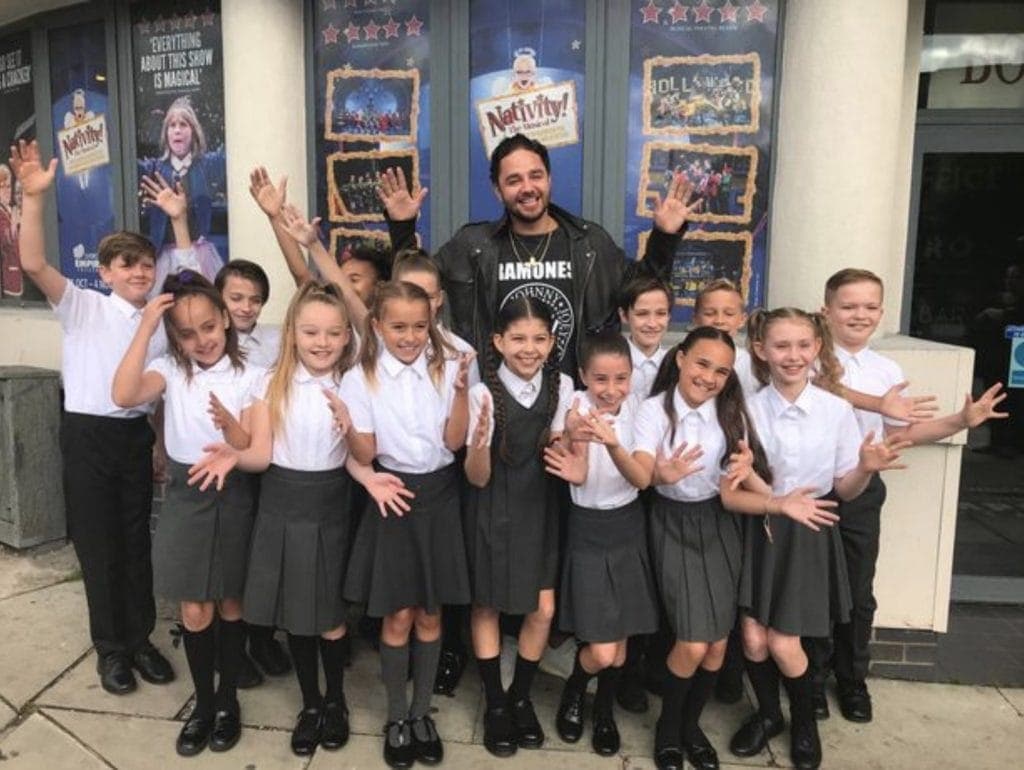 If you haven’t watched the films over and over again like we have then Nativity tells the story of two rival schools competing to have the best Christmas production and at St Bernadettes’s they are trying doubly hard as they want to win the attention of a Hollywood producer.

There are mishaps and upsets and the inevitable near misses before a perhaps predictable but truly wonderful conclusion.

The Natvity! Musical features all the sing-a-long hits from the movies including Sparkle and Shine, Nazareth, One Night One Moment, She’s the Brightest Star and a whole host of new songs filled with the spirit of Christmas,

Nativity! The Musical really is the must-see show this festive season!

We combined our trip to see Nativity! The Musical with a trip to Bella Italia in Liverpool. We are the lucky recipients of a Bella Italia Gold Card which means we can eat there for free until the end of December so you might see us eating pizza and pasta there a little more often for the next couple of months.

If I’m honest I would never have thought to choose Bella Italia until they contacted me, as we’ve always chosen to head to competing pizza restaurants, however there are a few reasons that I may now change my mind.  They have the brilliant option of two sizes of children’s menu which is genius. Mine are a little too hungry for some standard children’s meals now, but wouldn’t eat a full adult portion. The 3 course menu plus a drink is Piccolo Menu £5.95, Grande Menu £7.95. On the Grande menu the kids can choose from any pizza or pasta off the adult menu just in a smaller size and there are additional options too.

We are @Big_Bella #bellaitalia tonight for a pre-theatre meal and then we are off to watch the Nativity @LiverpoolEmpire pretty much an anti Halloween evening although it wasn’t planned that way! #ad pic.twitter.com/cYFWaKtLyt

I ordered the new  Ravioli Tonno Puttanesca – Fresh pasta parcels filled with tuna, in a spicy tomato sauce with garlic, capers & olives and was so complimentary that my waiter did actually say I sounded very surprised at the quality.  We had just been to Italy and eaten amazing Italian food so the comparison was impressive.

I was also very impressed by the service in the Liverpool branch and the staff were great at meeting our timing issues as The Nativity was starting at the earlier time of 7pm, even down to serving the kids ice creams in little pots that we could take with us on the walk to the theatre. Thanks Bella Italia we will be back soon. 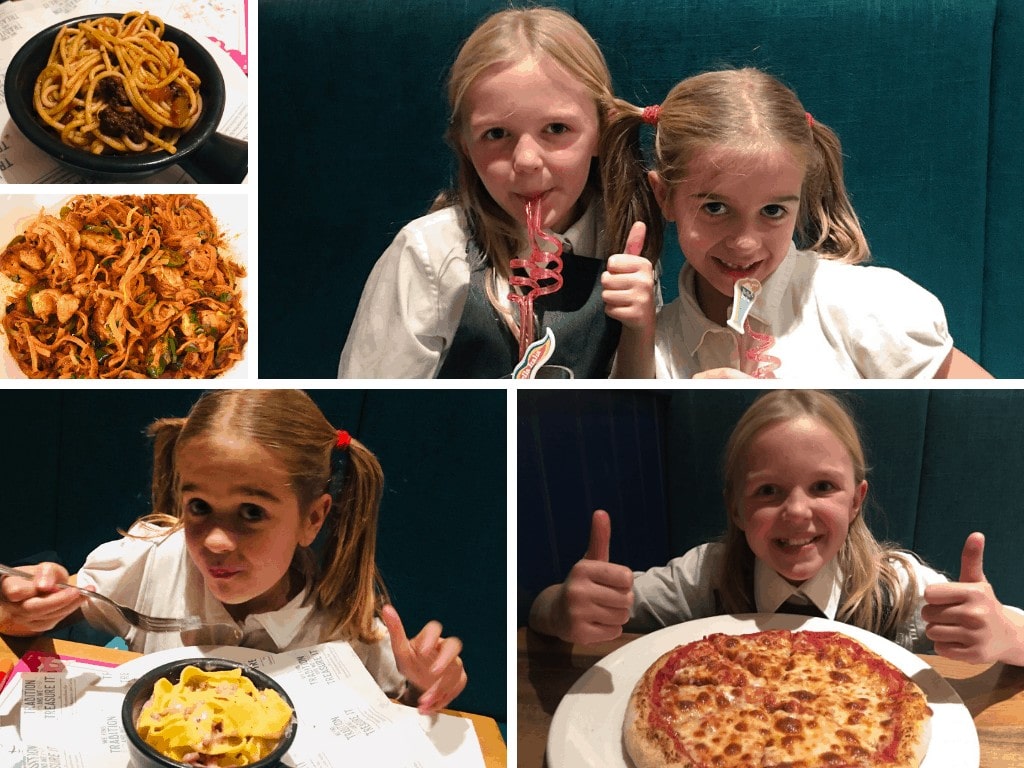