Over the Summer Holidays we had a mid week break at Ribby Hall Village near Blackpool. So what did we think?  We had visited Ribby Hall in 2014 when the children were 4 and 3 and were keen to find out what had changed and what had improved.

NB: We were hosted at Ribby Hall Village, all views and opinions are my own.

Since our trip to Ribby Hall in 2014 quite a few things had changed, including our children getting older which made a huge difference to our experience. One of the things I reflected on when I read my last blog post back was that, save for the swimming pool, there hadn’t been a lot to keep the toddlers occupied during our early Spring visit. Our trip in the Summer of 2018 was completely different in that respect, and there was plenty to keep the children occupied; a lot of it being free too.

Where is Ribby Hall?

If you haven’t heard of Ribby Hall before then you might not know where it is either. Ribby Hall is in the Lancashire countryside in the village of Wrea Green only a few miles from the seaside resort of Blackpool which we visited for the day! 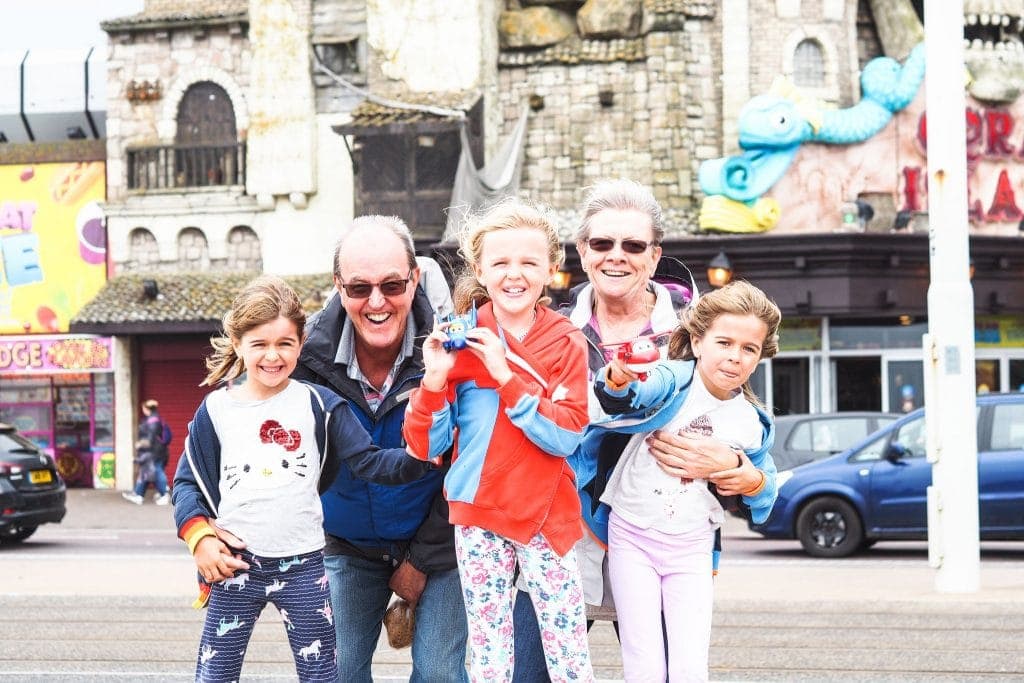 Ribby Hall is really very easy to find, being less than fifteen minutes from the M6.   Friendly staff check you in, provide you with cards for your car, and activity passes together with an activity schedule. You can park more than one car on the site, but only one outside your actual lodge.  I like the flexibility that having the car with you brings and for me this suits us better than a site where the car has to remain in a car park a long way from you.  You can’t access your accommodation before 4pm but you can use the facilities from 12. We took advantage of this on the day we arrived and went to the swimming pool before we checked into the cottage.

What type of accommodation is there at Ribby Hall?

During our visit we stayed in the Laurels in a ‘Poppy Cottage’, single storey with 3 bedrooms, a lovely open-plan kitchen and lounge area and a picnic area out the back of the patio doors. There was a large master bedroom with en site and two twin bedrooms all fully made up with lots of pillows. All of the bedrooms had their own tv’s with a larger one in the lounge.

Not that we used the tv’s a lot, we used the break for more traditional activities such as reading and game playing which the cosy dining area with large table was perfect for. 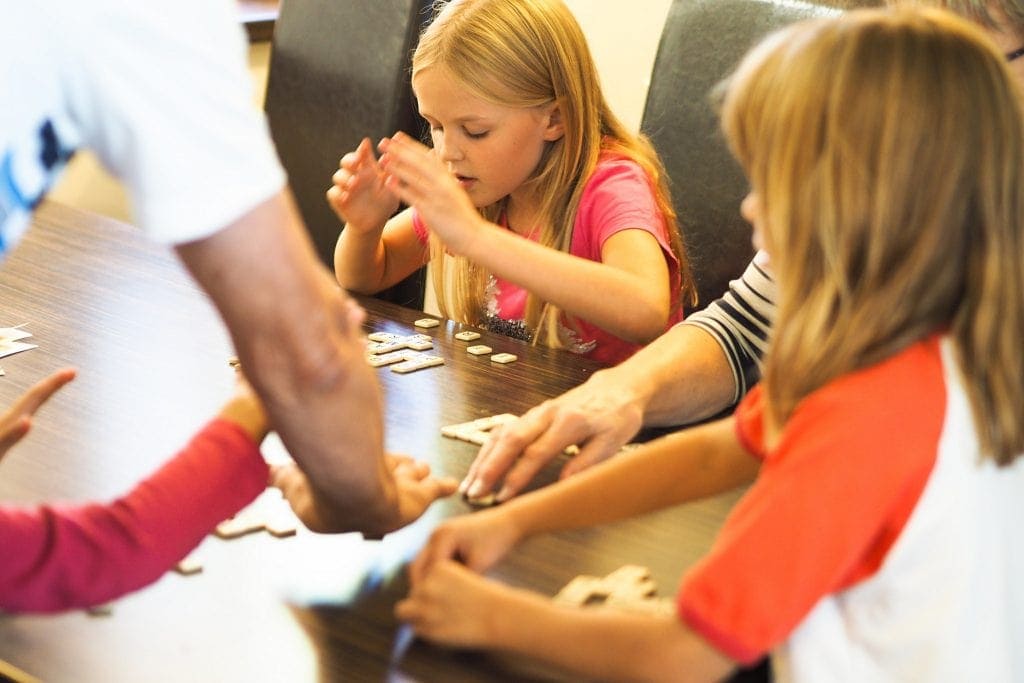 The cottage had nice fluffy towels for us in the cottage (you need to take your own for the pool) and we also thought the welcome pack you can order before you arrive was really good and provided a lot of what you would need for the first 24 hours!

The inside of the Poppy Cottages look really smart and well kept and they have all the basic things you’d expect too. Housekeeping is on call though for anything else you need.

There are lots of different styles of cottages but also a motel, the adult only spa hotel and the newer pine lodges with hot tubs too. I’d have liked to try out the new pine lodges to see how they measure up to their Darwin Forest or Center Parcs competition, maybe next time. 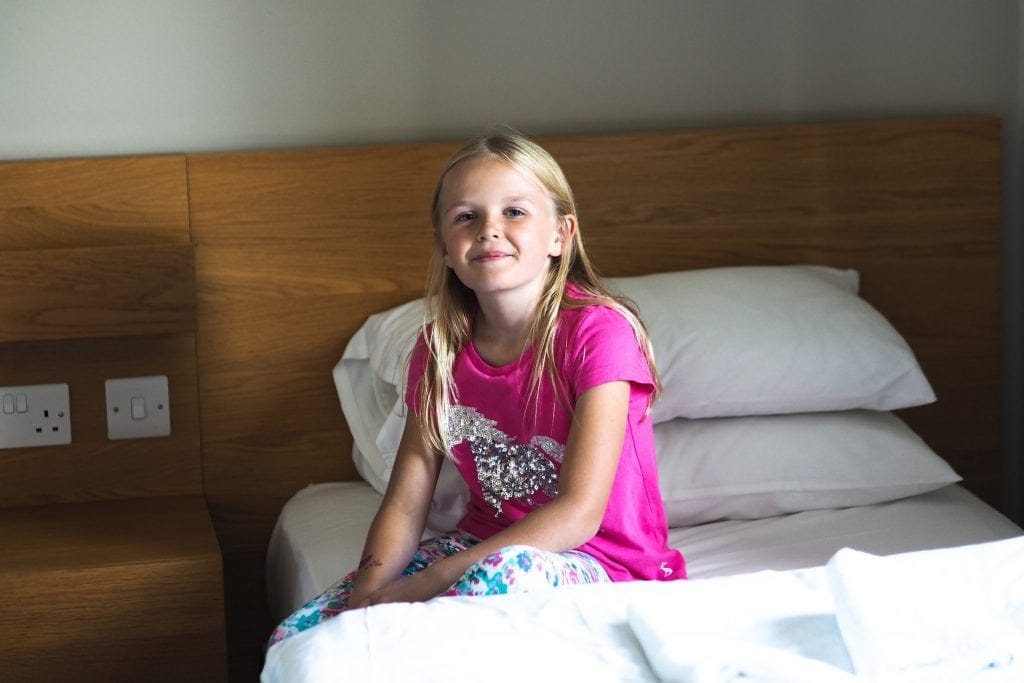 The swimming pool at Ribby Hall has had a £1.5million overhaul since our last visit which means it now has new slides including a 48m interactive play slide.  You can climb a tower to the top of the slide, which takes you out of the building and back inside again.  As you come down the slide, you can play an interactive touchpad game on the inside of the slide, with scores recorded once the ride is complete.  The top three scores are displayed in the pool area.  This feature worked sometimes and not others – it was a little glitchy at times causing a little disparity between the scored it recorded – queue a little heartbreak from hyper competitive girls – however if we ignored this technical feature then we could just enjoy the slide as it was and have a lot of fun.

The swimming pool area whilst not huge was never too busy.Whether this was because Ribby Hall have introduces fast track swim, and encourage people to book slots, I don’t know. However you get an allocated hour and half when you go in (coloured bands to identify you) and during our peak season mid-week break we were never called out of the pool.

It was also warm enough to hang around on the poolside even when we were wet and watching the girls enjoy the pirate themed kiddy area with huge buckets that tipped over their heads!

There are a couple of hot tubs in the pool area that the kids can use too and these were lovely and warm. The only downside was how cold the (usually warm) pool was when you got out.

There is also a lovely adults only spa area and quiet adults only pool too that could be enjoyed depending on who you were travelling with. Mum and I enjoyed the spa area for a brief time leaving Grandad to enjoy the water slides. 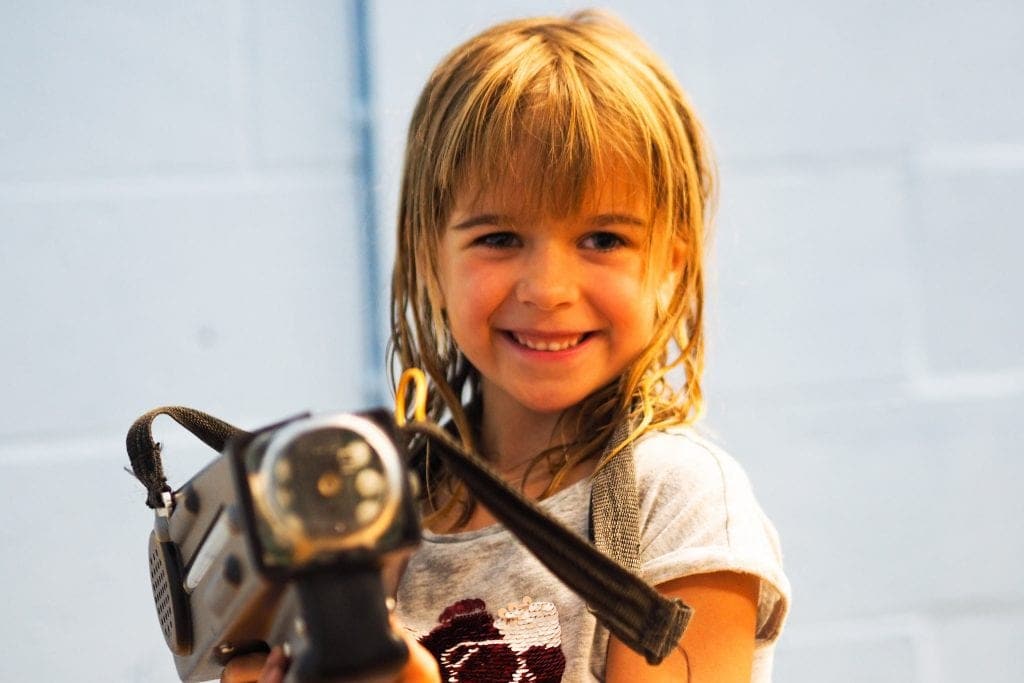 Last time we visisted, save for the swimming pool, there hadn’t seemed to be lots of activities that were age appropriate for the kids to do. This time there was definitely lots more available but there was also a lot of the more exciting activities that were for the over 8’s. The girls being nearly 7 and nearly 8 didn’t necessarily want to be doing activities with 4 year olds and so their choice of activity was still a little limited. Bad timing perhaps as there also seemed to be a lot more available at the weekend, rather than during our mid-week break.  I think this probably says a lot about the visitors to Ribby Hall and it’s probably a much busier place on a weekend with the owners of caravans and lodges heading over for long weekends.

During our mid-week break the girls tired the laser tag, and would have had a go at the gymnastics if it hadn’t conflicted with something else we had planned.  The price of the activities was between £5-7 each per child which I thought was fair.  I didn;t encourage them to look at the exciting activities run by the Discovery Centre on site as those sessions were £25 per child for meet and greets with animals. A little on the pricey side for 3.

What the kids mainly loved during our mid week break at Ribby Hall was the playgrounds. In another year or so I’d be happy for them to go down on their own such is the small size of the Ribby Hall site.  They enjoyed the zip wires an the swings and the climbing frames and they played for hours whilst I sat drinking coffee from the on site Starbucks, or whilst we waited for our meal in the tapas bar.

We also really enjoyed the free guided nature walk on the Wednesday morning. Neil was really engaging for the kids and a genuinely lovely bloke.  It took about an hour and we also managed to complete the shirt treasure hunt at the same time too. 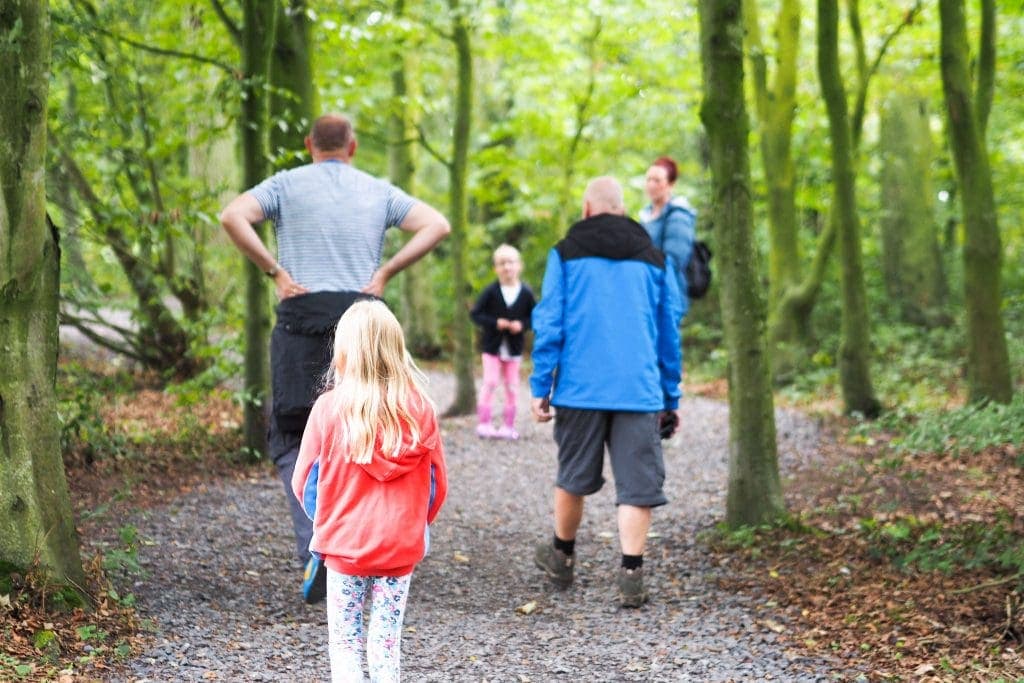 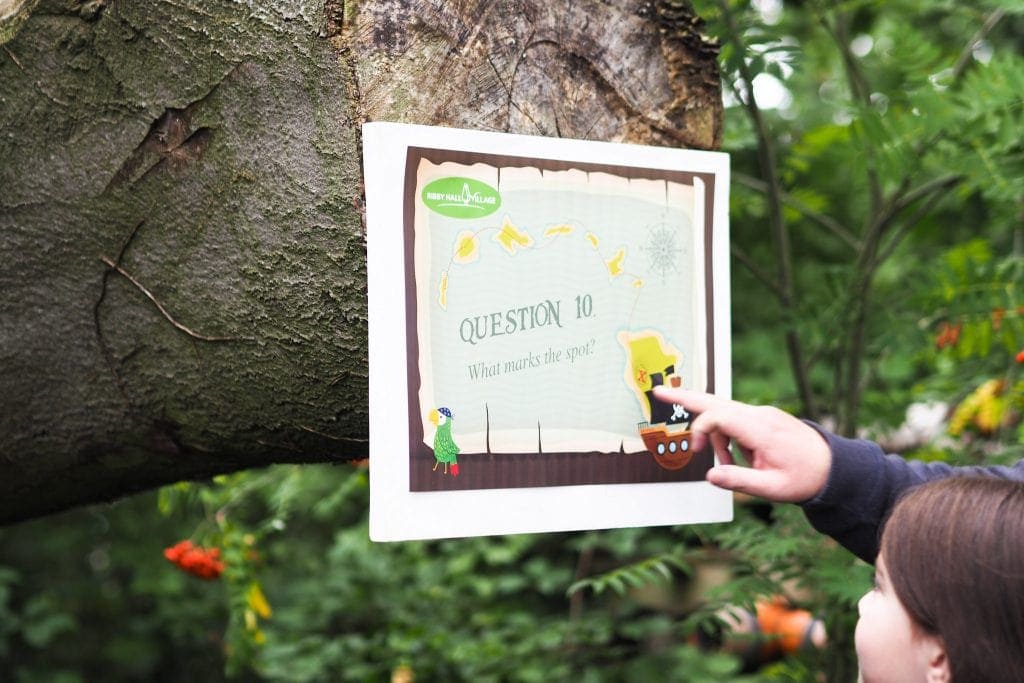 The woodland walk that goes all the way round the site is 3km long and whilst we didn’t walk all the way round this time as a family, I did run it a few times and the paths are really clear, well maintained and there is a fun trim track on part of it too.

We aren’t a huge fan of stage activities in clubs it has to be said, preferring a night in with wine and board games, but we did venture out one evening whilst we were at Ribby Hall and watched the magic show.  The atmosphere in the club was relaxed and friendly and the kids immediately ran off happily to sit at the front of the stage with all the other kids. The magician who was on stage that night was actually very good, albeit a little mean to the kids we felt. A little over teasing particularly of the younger ones.

Family bingo was on every night followed by a different act or two. I was hoping for a mini disco for the kids  but there wasn’t one on a night we were there. 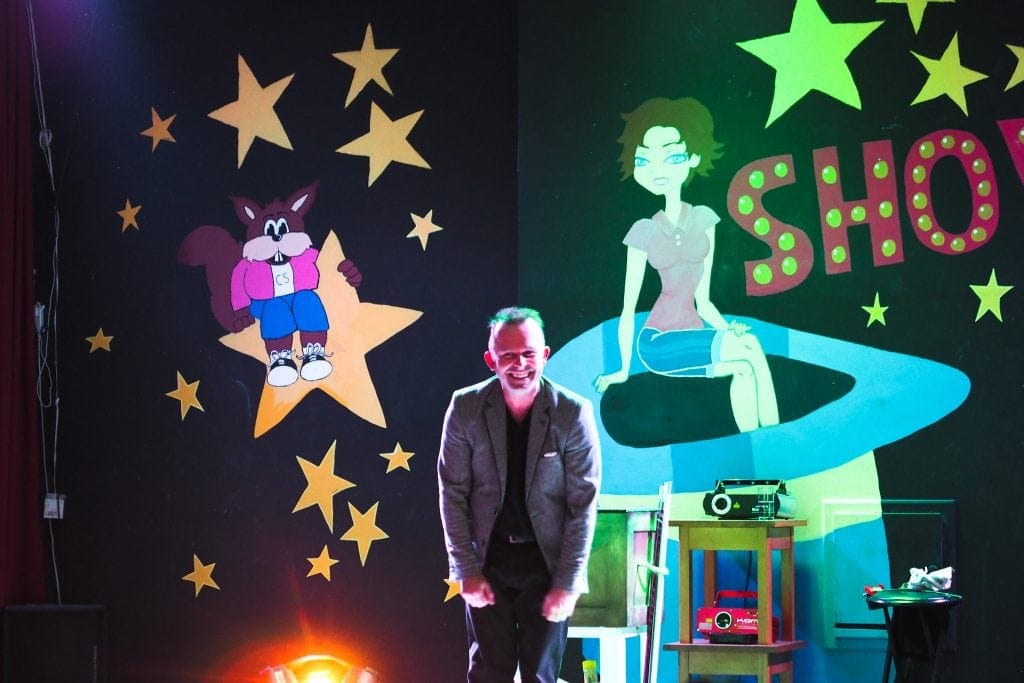 We were staying in self-catering accommodation so we took food with us to eat, and we obviously enjoyed the food from the welcome pack too. There was a range of options though on site to eat at including fast-food style options like Papa John’s offering pizzas, the Bar & Grill within the social club, a more formal restaurant and the tapas bar where we ate. There is also a couple of coffee/tea room options with Starbucks and The Tea Room.  We enjoyed our meal at the Tapas restaurant which had seating outside, and was located right near the playground. You can’t book the Tapas restaurant and on the night we went to try and eat there it was full as it was chillier so the outdoor tables weren’t being used.  I asked if we could eat in the ’empty’ restaurant which is attached to the tapas bar, but apparently we couldn’t as they were separate concerns. It seemed quite a strange rule but as a table came free in the tapas bar as we were discussing this I didn’t query it further.

We had dinner for 7 (as Matt joined us for dinner that night) for just £130 including drinks which I thought was pretty good value. The ice creams were also something to be savoured and were a big hit! 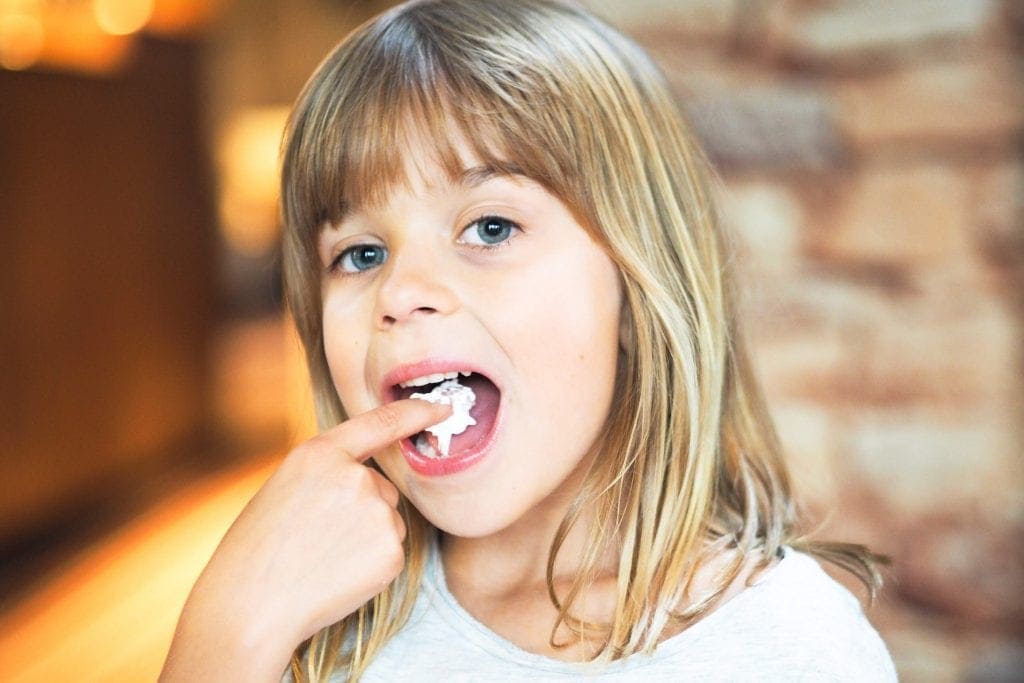 Overall we had a really nice mid week break to Ribby Hall. The site is a really nice size, really convenient location wise for us, and the quality of the accommodation inside is great.  The kids had a really good week and in a couple of years I’d be happy for them to have the run of the site which will add a new dimension to the trip too. 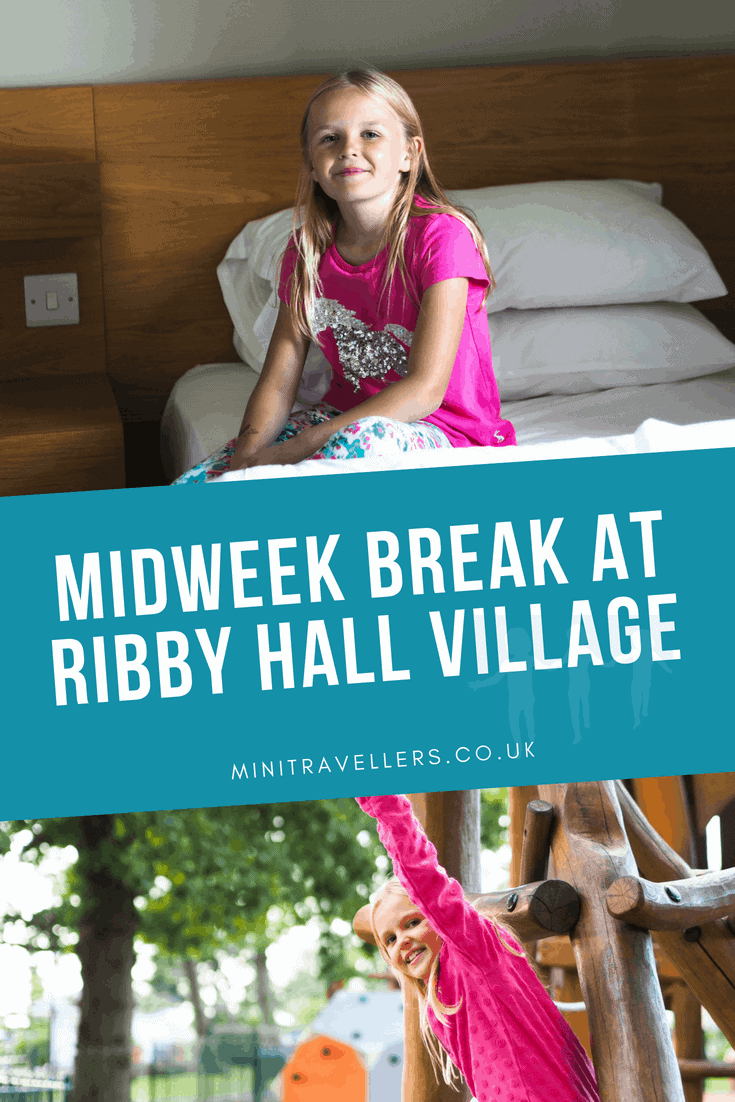 Ribby Hall sounds like a great place for a family staycation. I love that they have accommodation options for larger families (we often struggle with that!) One of my lasting memories from a trip to a holiday park as a kid is an interactive water slide with a glitchy scorer, so I totally feel your girl's pain!!! Thanks for linking up to #MondayEscapes

Great honest review, currently on the lookout for somewhere to do a weekend break with kids and I don't know this part of the world at all, so great to think about this as a potential option. #MondayEscapes

It does make me cringe a bit when entertainers are mean to kids. There's no need! The laser tag sounds good, though. My two would love that sort of thing. #MondayEscapes

The accommodation is really very good, and everything you need is provided. I also agree that it’s good to have your car parked nearby, therefore giving you more options for daytime activities.

It looks lovely. Any hotel which can accommodate a family of 5 in the same accommodation gets the thumbs up from us! We're heading to Blackpool in October Half Term for the illuminations (it's a secret from the rest of the family though! )