Mini Travellers were invited to Bournemouth to meet international children’s TV stars, the Oddbods, and check-out National Express’ new VUER app. This clever new app means passengers can watch hours of movies and television onboard on their own device, including over 200 minutes of Oddbods footage for the younger passengers. This was rather appealing to my daughters and I as it would mean no more debate over which movie to download before departure, and better still no more worry about battery levels since you can plug in your iPhone or iPad at your seat.

NB: This post has been created in collaboration with Oddbods

When we arrived at Bournemouth Pier, my youngest daughter was very excited to be greeted by two giant Oddbod characters, mischievous Pogo  & inventive Bubbles.  Pogo and Bubbles were accompanied by children’s tv presenter Nigel Clarke, stood by a National Express coach. National Express teamed up with the Oddbods to produce a colourful and engaging children’s city guide for Bournemouth, which suggested activities grouped around the distinct interests of the seven Oddbod characters; for example science-loving Bubbles might like a woodland walk or a museum. 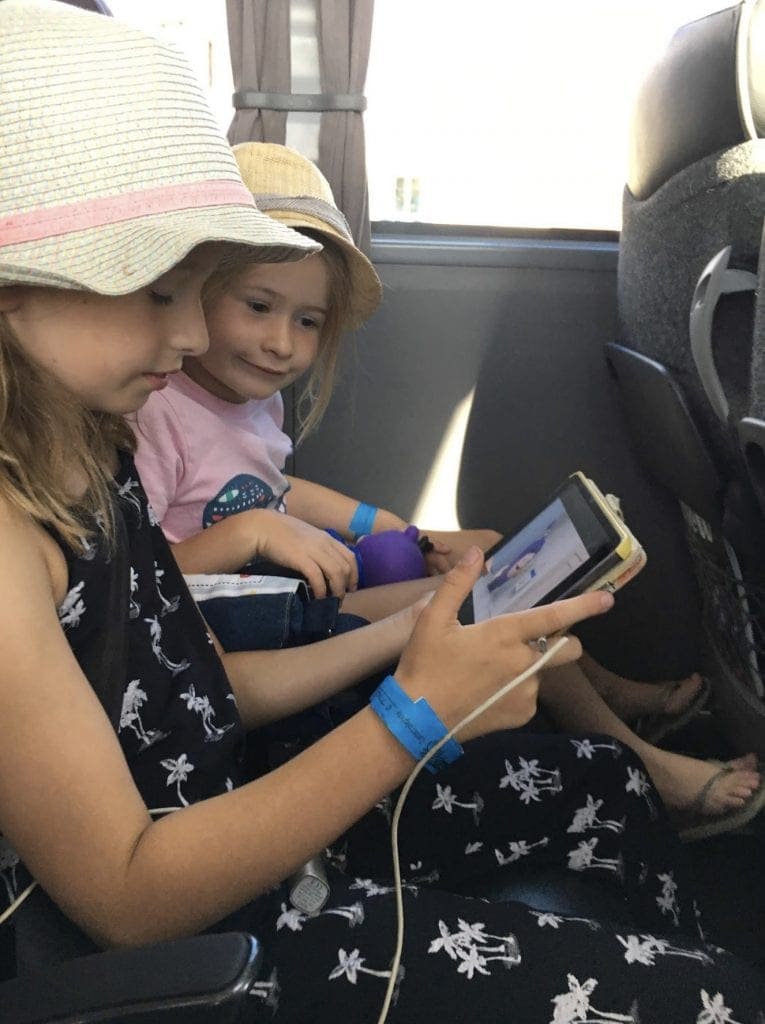 We jumped aboard the coach and the children were delighted to be presented with my iPad loaded with the new VUER app. I logged onto the coach’s wifi and the children dived into the kids section of the VUER app and found several series of Oddbods. The VUER app was so simple to use my two year old managed to deviate from the plan and find her favourite movie, which she very quietly sat watching whilst everyone else on the coach enjoyed the Oddbods party.

You can see an episode of Oddbods here!

As the coach drove around Bournemouth the children were engrossed in the VUER app, allowing me to enjoy the view from the of the coach window. Given a bit more time I would have enjoyed the opportunity to catch upon some viewing myself. It’s rare that parents get an opportunity to sit down, let alone watch a programme of their choosing, so this could make a great start to a family holiday. 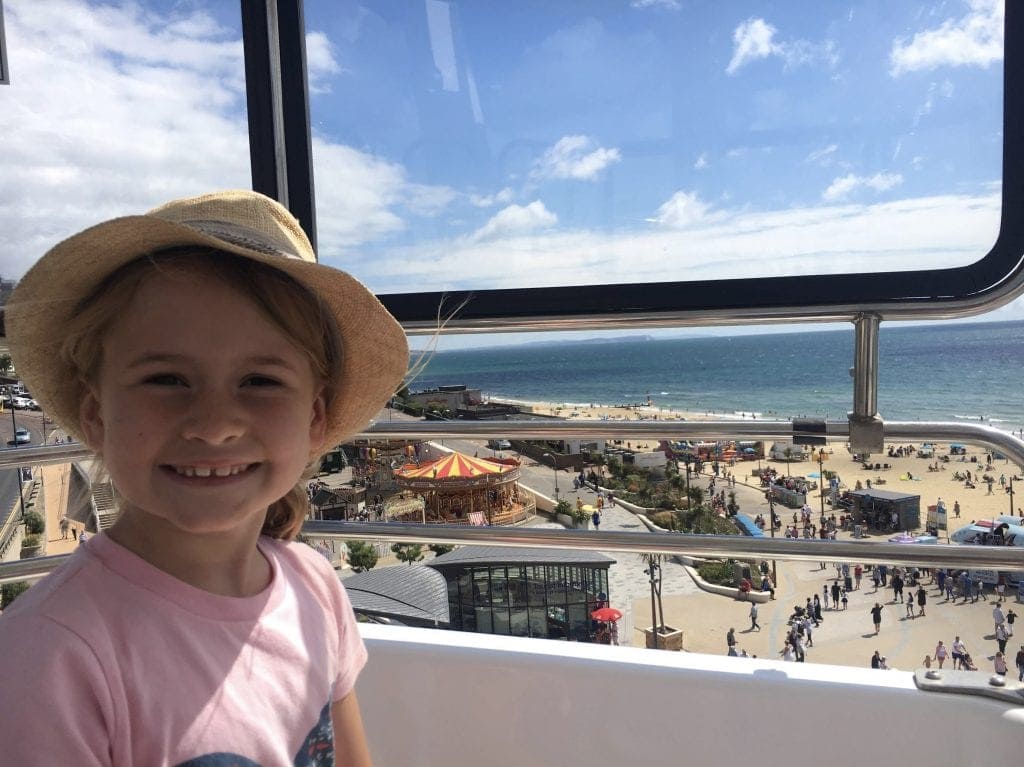 We arrived back at Bournemouth Pier and it was clear the children gave the Oddbods and the VUER app their seal of approval. We left the coach and headed to the Big Wheel, where we enjoyed beautiful views of the Bournemouth coastline. Then after grabbing a quick ice cream, we headed to the pitch and putt in Bournemouth Gardens, where we giggled our way around18 holes (or just 3 holes followed by a lot of climbing/jumping/running for the two year old). 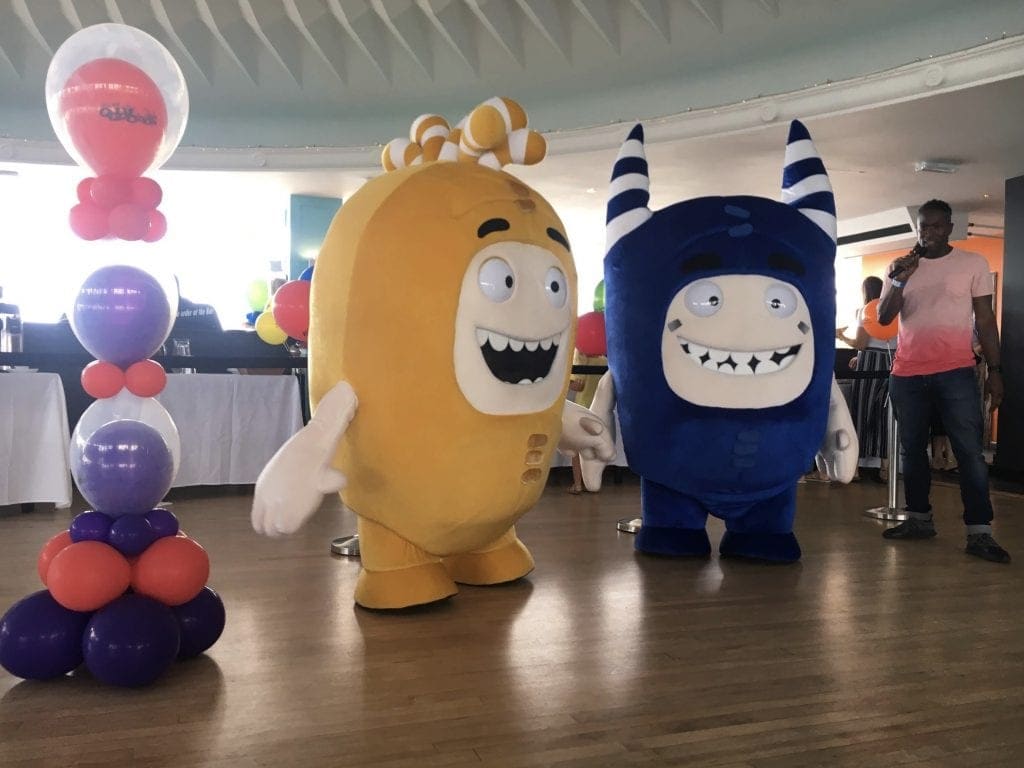 We strolled down the pier to lunch at the Key West Cafe where my youngest finally got the cuddle with the Oddbods she had been waiting for whilst her big sisters got stuck into Oddbod themed crafts. Amazingly, the girls still had some energy left for a couple of fairground rides, before it was time to head home. 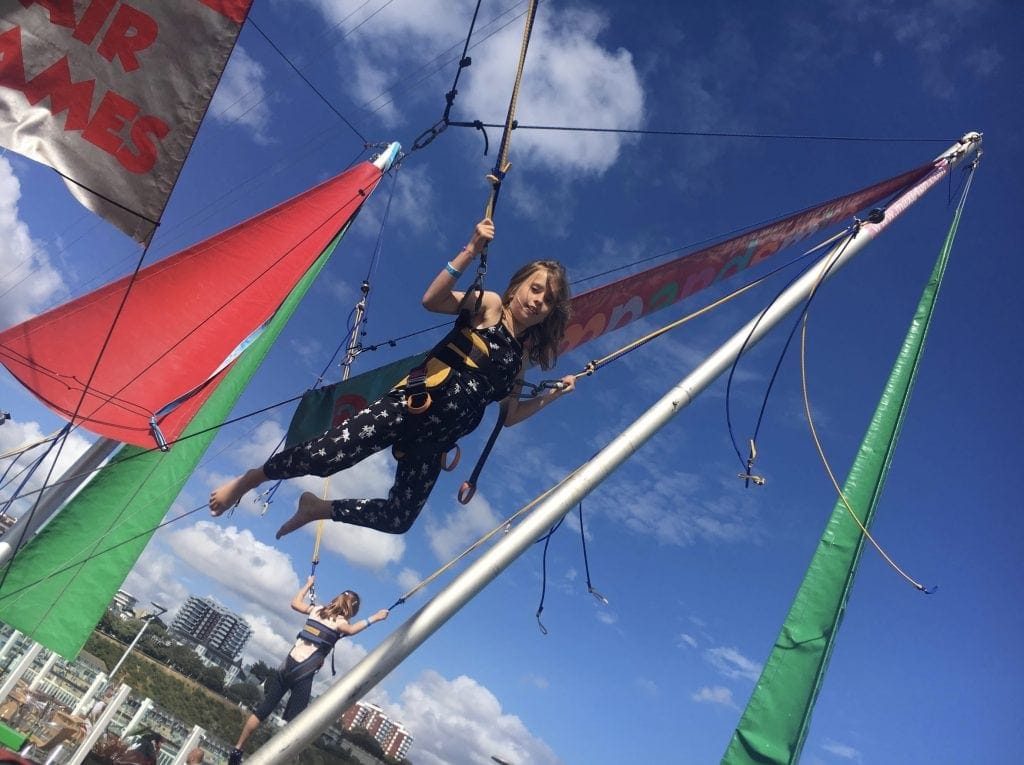 Lucy and her daughters were guests of National Express & Oddbods for the day.