It is always tricky finding family friendly holiday destinations (hence this blog) especially with toddlers.  After three trips to Center Parcs in two years for short breaks we fancied something different (and a bit cheaper) so we found Ribby Hall.  An Alternative to Center Parcs so to speak.

We live in the North West and the idea of going up to the Fylde coast for a break (5 miles from Blackpool) did not particularly excite us.  Pressing the “confirm booking” button on the website did not give me the tingle of excitement I used to get when booking a holiday.   But I suppose I have got used to that over the last few years.  Reading a book on a Caribbean beach for 5 hours is a distant (Very distant) memory!

There appears to be big plans for Ribby Hall and they are certainly starting to up their game with promised kids activities, upgraded facilities etc but it has to be said the cover of the book promised a little more than it delivered. Unfortunately when our activities brochure was emailed to us for the month ahead, a lot of the advertised activities weren’t on because it wasn’t yet peak season, which made for a disappointing start.

Externally the accommodation is a little dated but internally our three-bed chalet had been completely refurbished “Center Parcs style” and was great.  The kitchen had everything we needed ( a dishwasher!) and the living area was certainly big enough for all of us including the grandparents.  The layout of the chalets on the site feels a little crowded to be honest and kids playing areas immediately outside was limited.  The double doors of the living room opened out onto the car park for the 10 chalets in our block. Perhaps something for Ribby to consider would be making the area outside the chalets car fee (a little more like Center Parcs).

The pool is great (and is included in the price) and is the right size for our three.  No big exciting slides or wave machines for older kids though.  I also got pretty cross that quite a lot of the lockers in the changing rooms were broken which doesn’t sound like much but when you have 3 tinies trying desperately to run out to the pool area, it makes things pretty difficult. I tried 4 before I found one that worked.  There is a good out door play area, a couple of pool tables, a squash court (used for some of the kids classes) and a good gym (Not that we darkened its doors!).  The soft play area is very good for toddlers, but in the peak season I suspect gets a bit hectic.  We had one really sunny day so we took a trip out on the pedalos but I have to say for toddlers there is not a lot else. 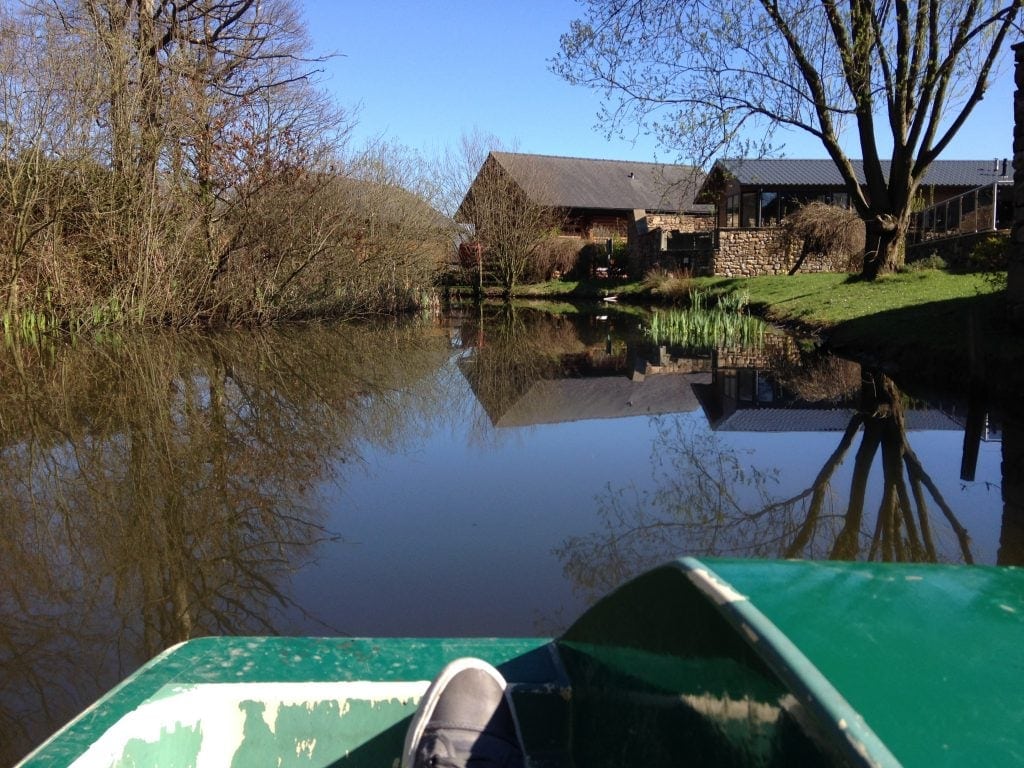 The main complex seems to be used a lot by the local community with the gym being very popular and in addition to the chalets there is a very large caravan park.  So again in the peak season I suspect this could get a bit crowded (We were there in April).

One activity we had planned to do was the nature walk much hyped on the website.  Let’s just say it’s a work in progress.  The insect and animal attraction, which on the photo looked like a pile of disused logs and rubble, turned out to be . . . . . a disused pile of logs and rubble.   The route itself ends abruptly and you have to make your own way back through the wilds of the caravan park. 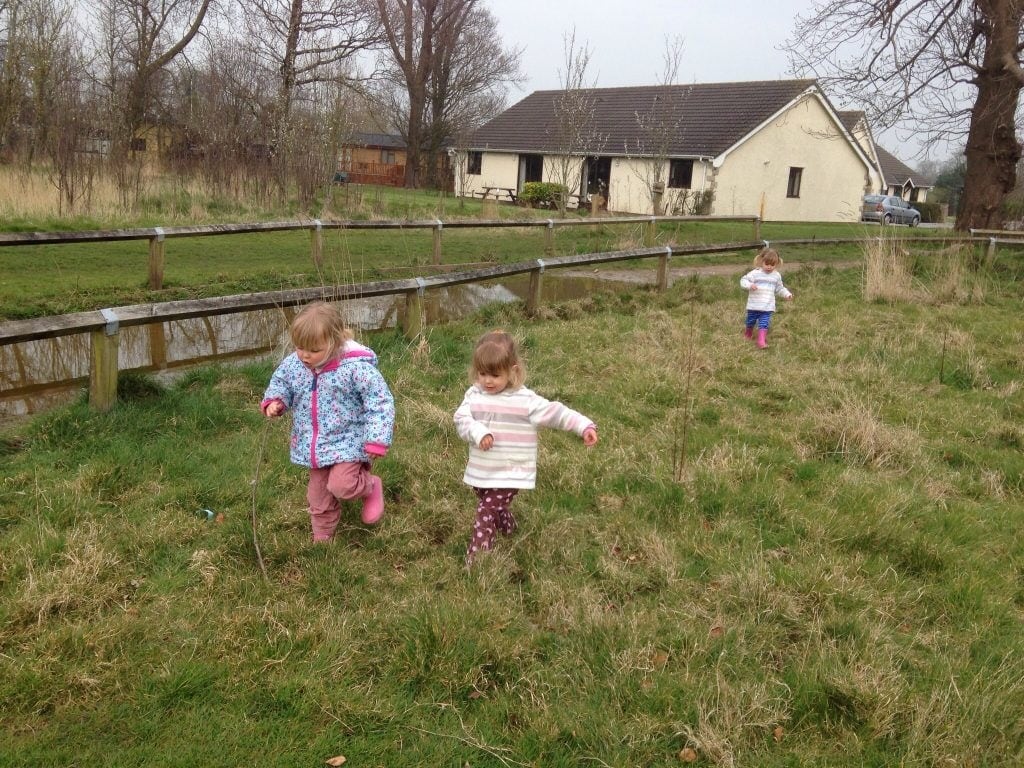 For food there is a large supermarket five minutes down the road (which makes it considerably easier to self cater than Center Parcs) and the restaurants on site are pretty good.  There is a Starbucks and pizza place in the same vein as Center Parcs, and the main bar (busy in the evenings) serves up a kids disco/dancing characters and decent food.  For those of you looking to escape from the rat race I can certainly say mobile phone coverage is none existent.   There is WiFi in the main building if you sit on the third chair from the main door waving your arm in the air on alternate days. [Wifi comments are from my husband]

Off the park the beautiful Fylde coast is a very short drive away with its tourist attractions and activities.  The (in) famous Blackpool is also just a few miles down the road as well if looking for a day out with the kids.  We had a fun day with the girls but in the main they were a little young for most of what Blackpool has to offer.  To be fair getting off site was one of Ribby Hall’s main benefits to me over Center Parcs. Because the site is smaller and the car parks are closer, you can chose to leave the site and go out for the day very easily. To that end it is a different offering to Center Parcs.

Be warned.  We went to Blackpool out of season in April and on the Wednesday that we went into town most attraction were closed, including a lot of the legendary fish and chip shops.  Off season is more like closed season.  Although, as the place was empty we did manage to convince the one toothed dodgem attendant to let us have a go with the girls (Its difficult to argue a concern for “health and safety” when you look like you have paid very little regard to it yourself over the last 50 years!)

We did not go up the tower or visit the pleasure beach for the same reason so can’t comment on these I’m afraid.  It’s been a long time since I was last there.

Did we have fun?  Of course we did.  At the end of the day all the girls’ need is a swimming pool, soft play area, ice cream (whatever the weather) and  the grandparents (Not sure the parents would get into the top 20). So did we like Ribby Hall more than Center Parcs? No we didn’t. However at the end of the day we paid approximately half the price of a 4 day break at Center Parcs for a week so we really cannot complain. 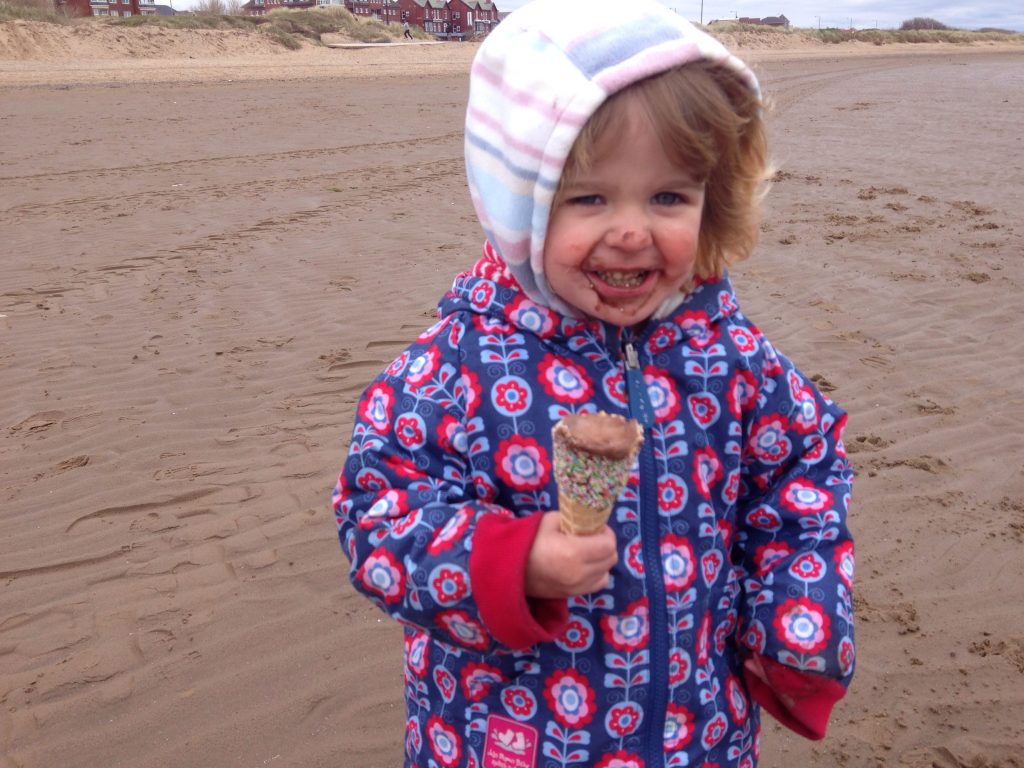 If you disagree with my post and have had a wonderful time at Ribby Hall, please do get in touch as we would love to post a review with a different focus. I know many friends have loved it, particularly at Christmas. 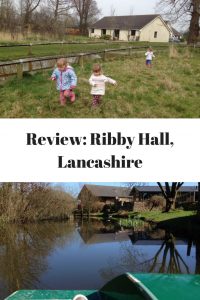