I don’t know if you spotted it on Instagram Stories but I recently spent a day at the McDonald’s in Wallasey, Wirral with a few of the team members there. This visit was a follow up to the afternoon I’d spent with some of the team at the Manchester Oxford Road branch late last year to learn all about McDonald’s clean up days and their work in the local community.  My time in Wallasey was more of a deep dive on the wider community aspects of working at McDonald’s and to find out more about what the staff, managers and company do together, in addition to the litter picking, to make such an impact in their local community.

I was met initially at the McDonald’s in Wallasey by Paul Griffiths the franchisee for the restaurants in Wallasey, Birkenhead and Bromborough, all three are local to me on the Wirral. Paul has been a McDonald’s franchisee for over twenty years now and worked within the business for 20 years before that.  He started as a McDonald’s store manager and developed a long career within the business from training projects here in the UK, to food development in London and Chicago and all manner of other things in-between. I mention Paul’s background because it is easy to realise when you talk to him just how passionate he is about the business and what it can achieve and this passion was similarly evident in the two other members of staff I met on the day, Sally and Zoe. 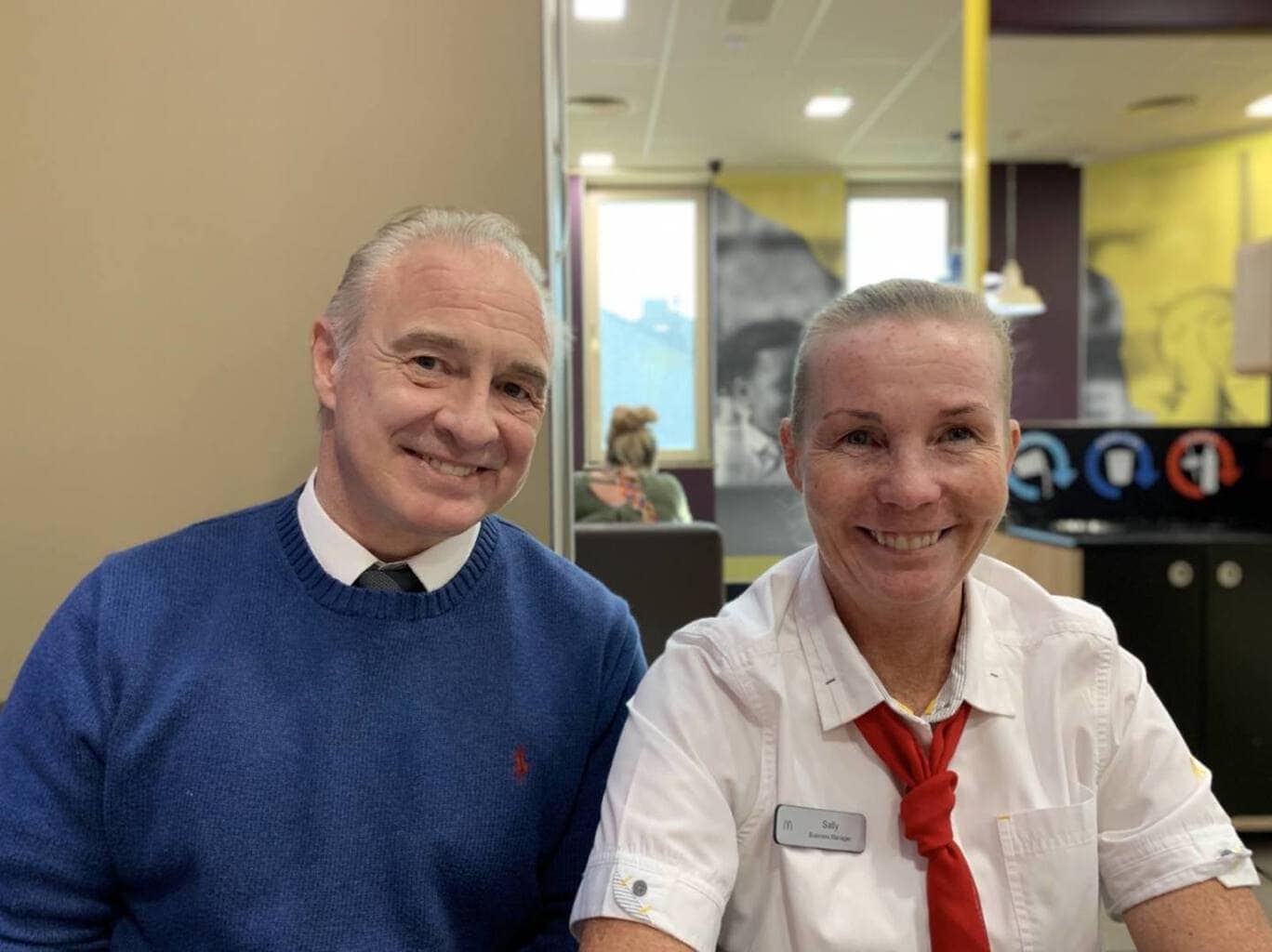 The McDonald’s team, certainly in Wallasey, was warm and comfortable with each other. Sally the local business manager had worked for Paul for nearly 31 years and they clearly had a good working relationship that seemed to be replicated with the more junior members of the team too. Whilst we often think of helping the community as outside of the business we are in, elements of community involvement can begin from within.  Supporting rather than holding back those that work for you helps to grow and develop the community around you.

The discussion we had for quite some time on the day was all about supporting the members of staff that show promise and determination and to help them grow.  Zoe who later showed me how to make a Grand Big Mac was a great example of a girl who lives within the local community who had started as a crew member in dining, clearing tables and tidying and had just recently been promoted to shift manager with area leader next in her sights. Through the support of the team and her hard work and dedication she has risen through the ranks in just 4 years.  Whilst showing me the ropes in the kitchen, from cooking the burger to stacking the big mac, Zoe explained to me that when she had started there would have been no possibility of her chatting to me with the ease she did now. It was all thanks to the confidence the team had shown in her she said that had allowed her career to bloom.

I’ve got something of a soft spot for the Ronald McDonald House Charity as whilst I did not need them when my twins were born, we live a mere 2 miles from Arrowe Park, a number of the families we met during those ten days when the twins were in the premature baby unit at Arrowe really did. I will never forget the Mum who was airlifted into the hospital from the Isle of Man in the middle of the night with only the pyjamas she was wearing, being looked after in the house whilst her husband had to stay at home with their other three children. There was then the parents whose twins were so very tiny and so very poorly from hundreds of miles away who needed that place to be close and without the additional worry about the cost of hotels adding up as they spent time out of work at their babies bedside.  We were lucky with the weights of our premature babies but many really really aren’t. 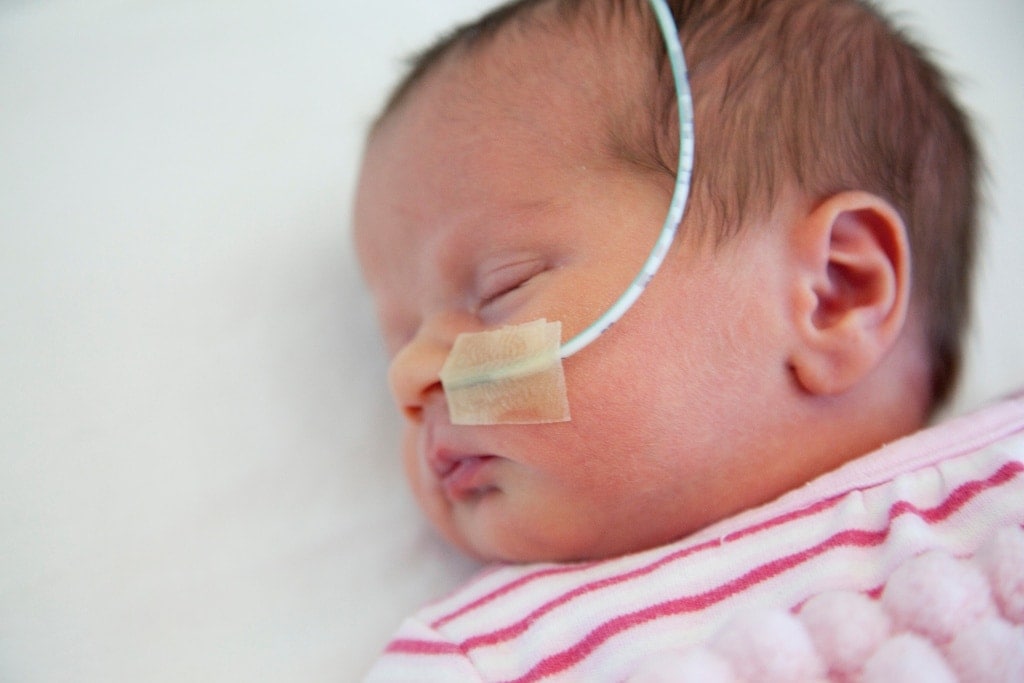 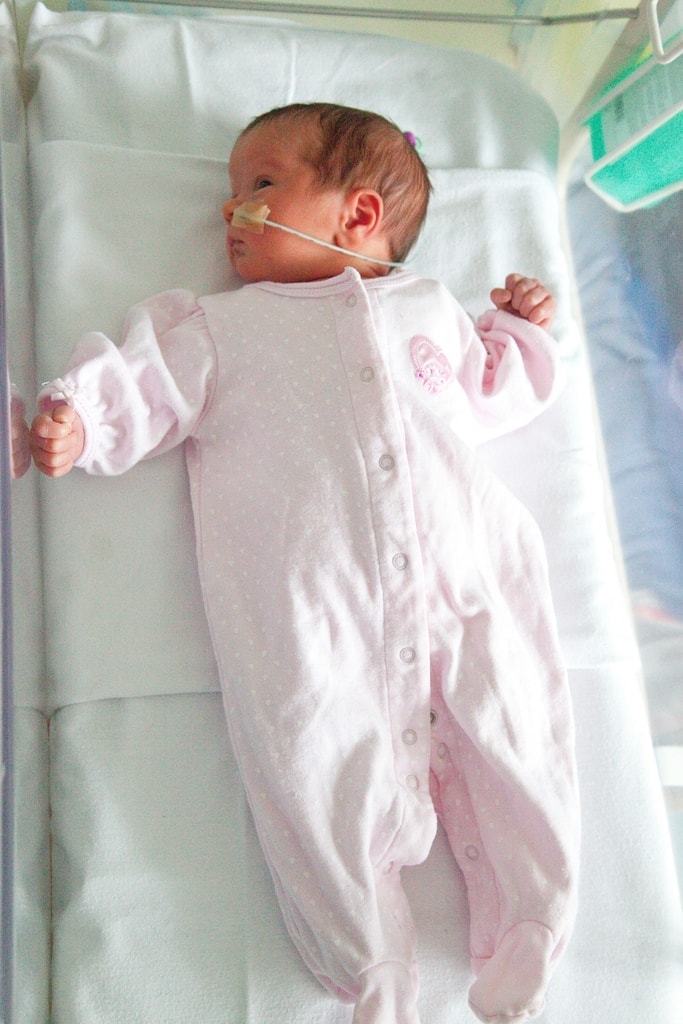 McDonald’s and their franchisees place collection boxes for the Ronald McDonald House Charities in every one of their restaurants across the UK. The charity is very much seen as their responsibility (despite having other supporters) and the staff at the Wallasey restaurant do what they can to make a difference. they organise bake sales and bike rides and collect Easter eggs for raffles and delivery to sick children. They purchase new bedding for the Houses and organise deep cleans of the Houses. and they arrange sponsorship and fundraising campaigns when they can.  The Wallasey team itself raised over £5,000 last year and they will do it again, I have no doubt.

In addition to this the franchisees and head office work together to support football teams, both local and nationally with kits and training and development skills. The club my girls go to at the weekend was one of the lucky ones to have benefited from this community outreach as have many others I know of personally.  This and many more examples go someway to demonstrate that behind the scenes McDonald’s is working tirelessly in local communities to do their bit.  If it can now take a look at changing the plastic toys in its Happy Meals for books like they do in New Zealand you’ll have an even happier Mum in me.