On Sunday myself and the girls met up with a team of volunteers from McDonald’s at Piccadilly Gardens in Manchester to take part in one of their regular litter patrols. We even managed to persuade the Grandparents to come along and join us too.  Read on to find out how we got along and why McDonald’s organises these events on a regular basis.

NB This post is part of a paid project with McDonald’s UK and BritMums, promoting McDonald’s Love Where You Live campaign encouraging local communities to take action and work together to tackle litter in their area

Litter in many cities is becoming an overwhelming problem.  McDonald’s works hard in communities to try and prevent the build up of litter that we see on our streets by carrying out regular litter picks (many people don’t know this- I certainly didn’t!)

McDonald’s is committed to tackling litter in communities, and is a founding partner of Keep Britain Tidy’s ‘Love Where you Live’ campaign. Since the campaign started in 2011, 2,600 events have taken place with around 80,000 volunteers involved. 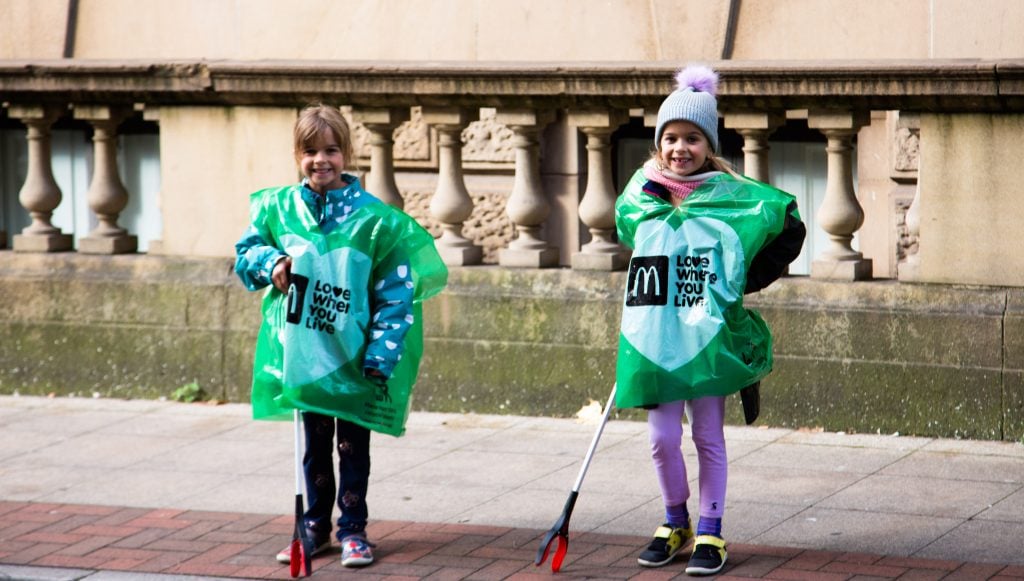 Last weekend the litter picking event we took part in was just one of seven events that took place across the UK in partnership with Brit Mums.

Aside from larger litter events for Keep Britain Tidy’s initiative, ALL McDonald’s restaurants patrol the streets at LEAST three times a day to collect all litter that has been discarded, regardless of its origin. Crew members across the UK cover a total of 3,000 miles each week on litter patrols, which equates to 150,000 miles a year and the distance of five marathons each year per store.

The members of the McDonald’s team that worked with us on Sunday, were all giving up their own time to join in the campaign and were all going on to start work later that day. Huge thanks go to Callum, Shannon, Kaitlin, Chris, Adam. Theresa, Lauren, Lorraine and Sam for their support.

Thanks to everyone who voted last week and helped to decide where in Manchester we were going to help McDonald’s tidy up we ended up tidying the area around Manchester City Art Gallery. 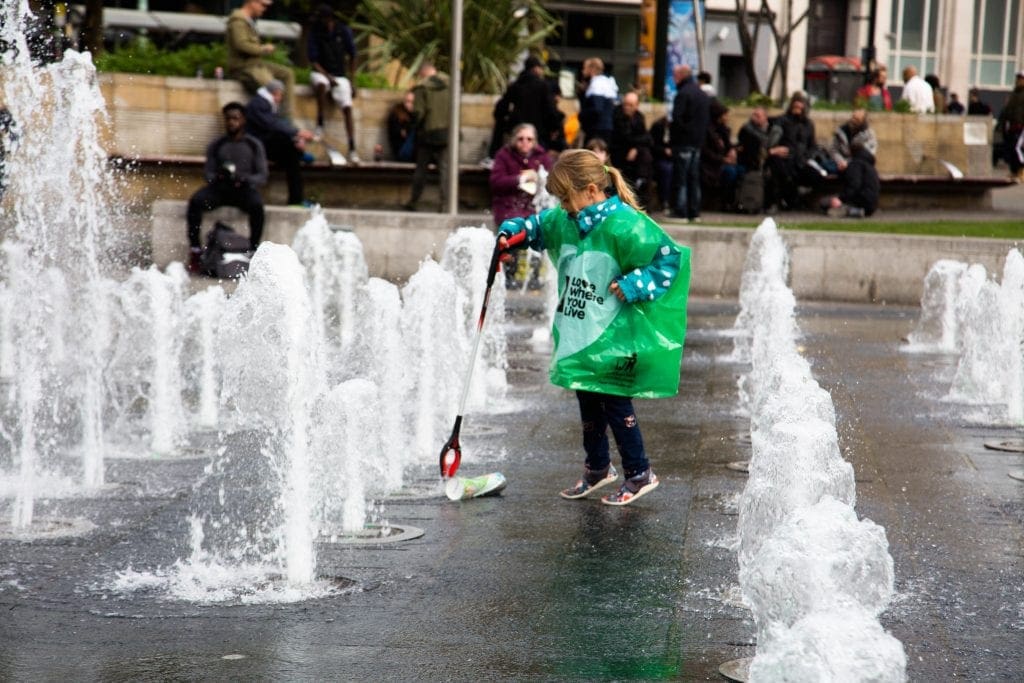 16 of us set off from the McDonald’s at Piccadilly Gardens and walked down towards the gallery collecting litter en-route. We donned some rather attractive green plastic tabards and took with us lots of bin bags, litter pickers and gloves.

As we wandered through the streets, I chatted to some of the team about why they were there and what compelled them to give up their time.

The general consensus was that ‘it just felt like the right thing to do’. For the younger members of the team of volunteers they liked being part of a team who care about Manchester and want it to look better than it does. They feel valued by the management for taking part and they are thanked often, on their internal Facebook pages and in team briefings for doing so.  Volunteering doesn’t bring with it a financial reward but it does bring with it a feeling that you’re doing your bit. 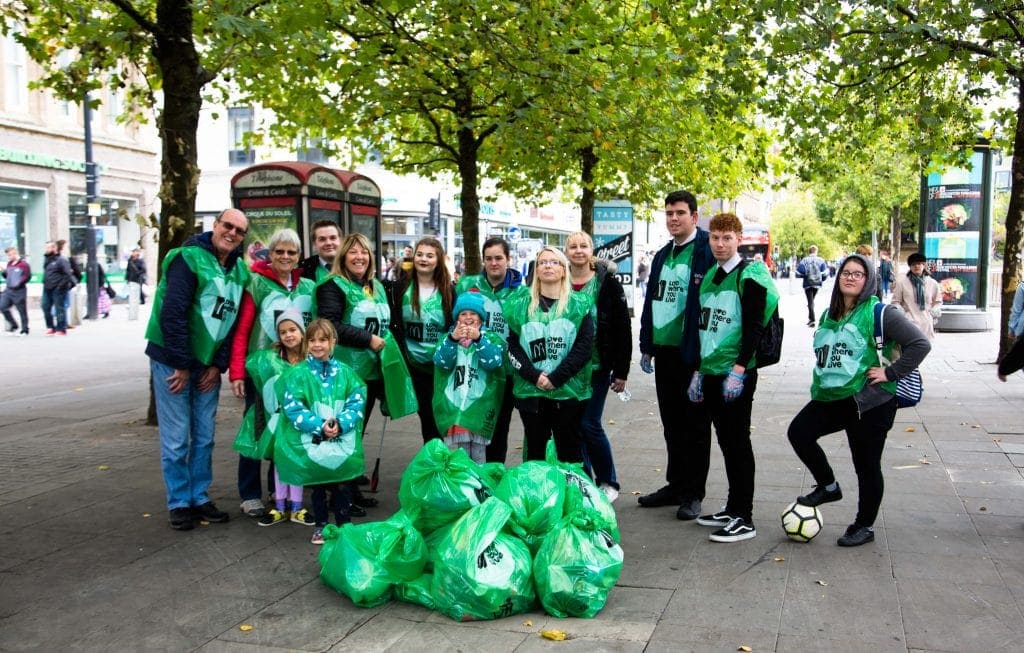 The more senior members of the volunteer team were keen to let me just how much McDonald’s restaurants in Manchester do to support community initiatives. Often people don’t realise that their local McDonald’s is franchised and so being run by a local business man or woman, with a keen interest in improving the local area.

We spent a couple of hours with the team and managed to collect 14 bags worth of rubbish – we had been competitively collecting as we’d seen that the team collecting rubbish in Reading the day before had managed that much! It’s always good to have a target!

Happy to have made a small, but important difference to the environment around the store, we left the team of lovely volunteers and enjoyed a well-earned cup of coffee! 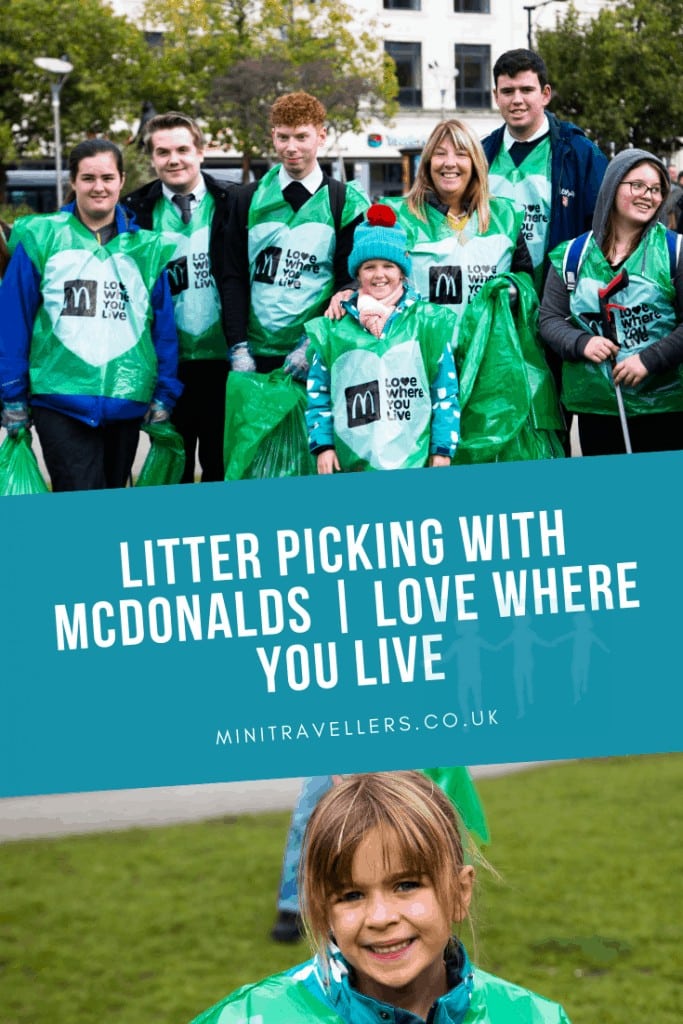 This is such a fantastic initiative and you had so many people take part too! Glad you enjoyed the day.

Looks like you collected loads of rubbish. Well done!

Wow you collected so much litter! How cool they got so many volunteers to get involved. That is brilliant. What a difference you all made. Well done x

It's amazing that McDonald's have been able to get so many volunteers involved with litter picking in the community! I had no idea and it's very impressive.

This is an amazing initiative. I’d no idea that McDonalds were franchised and no idea that they went litter picking so frequently. Well done to all the teams, especially the Piccadilly Gardens gang!!