Today we were lucky enough to not only watch a magical performance of What The Lady Bird Heard at The Lowry, but to meet its inspirational cast.

A group of people who have my youngest planning to make her long-term career aim (Ice cream lady) part time, to include Sunday theatre! Both are keen to add they would give it 5 stars.

The show is a triumph in children’s theatre. Lively songs, puppets which are largely created on stage including a wheelbarrow sheep, watering can goose and a bicycle horse make this fun and interactive show one of our favourites yet. Following a lengthy tour it ends in Manchester and is a definite for your summer holiday treats. 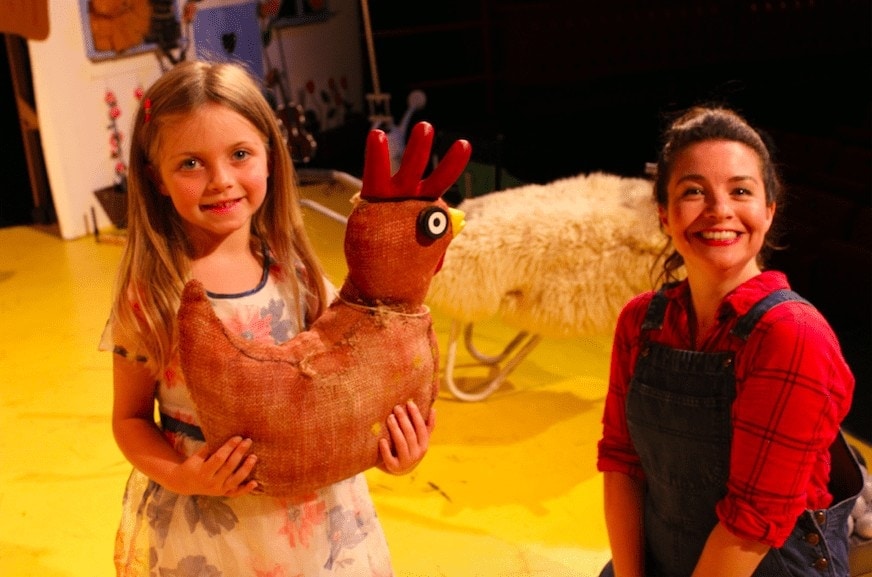 Perfectly depicting the family favourite tale of a clever ladybird and two robbers who meet their match (Julia Donaldson,) the children loved the characters especially Raymond, the ‘auditorium volunteer’ who gets roped in to be Lanky Len. His animal noises and have led to him being nominated in our house as a ‘movie star noise maker.’ The talented cast all play live instruments throughout adding to the live elements of the performance and puppetry and if the reaction of anyone in my vicinity is to go by ‘brilliant’ is the resounding conclusion.

The bright and colourful scenery is sparkling and makes for a visual and enticing backdrop. Developed in conjunction with Lydia Monks the books illustrator, it beautifully compliments the story, especially when spotting the ladybird who appears around the stage and on the actors themselves at points. Can you spot her? My two could with jumping, pointing and shouting ringing out across the auditorium. The simple dialogue and 55 minute running time, coupled with repetitive songs for us all to join in with made the show wonderful for even the youngest theatre goer.

Being shown in the Quays theatre, we were excited to find that the Lowry offer boosters for the children to sit on. I’d never encountered these before, but Charlie said they were comfortable to sit on and made it easier to see (apparently, they would be even better with extra cushioning , no pleasing some!) There were limited cash traps today as well, with the only extras available being a flag at £3.50, not used in the performance so just as a souvenir if you fancy one. In addition I noticed that you can attend audio described, BSL and relaxed performances making it accessible to all. 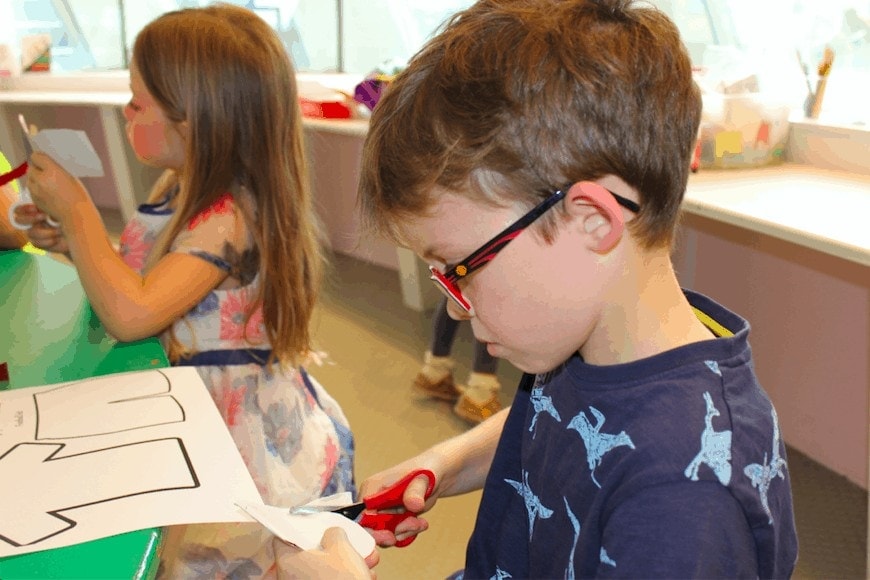 Following the performance we were lucky enough to meet the cast who introduced us to the woolly sheep, super soft prize cow and even let Charlie become a puppeteer with his favourite animal, the foal. Then we continued on our bee quest (currently taking place across the city) and found arts and crafts upstairs in the ‘Lowry Non-Stop’ area offering activities for kids aged 5-11 all the way up until 2nd September. My youngest was a little worried about meeting the shows ‘villains’ but testament to the production she immediately settled down to make herself a mask like those of Hefty Hugh and Lanky Len followed by a ladybird to hang up at home.

A fantastic morning, thanks again to the wonderful cast and the Lowry Theatre with their family friendly holiday activites.

NB: I am feeling very lucky to have been was asked to review but all views and opinions are our own.