As we packed ourselves up on a cold wintery Thursday evening in the last week of school to see The Worst Witch, I did have to consider if I was going for myself or for the boys!

I mean, on asking Hugh if he fancied going to the theatre to see it with Oliver, I think the prospect of a night with his best buddy was more his motivation than seeing the play. I couldn’t deny that he had no idea what he was going to see, other than guessing that it was about a witch, who wasn’t particularly good.

For me however, it was about reliving my youth. I was a bookworm as a child and enjoyed Jill Murphy’s Worst Witch series, so I was hoping it would live up to my expectations. Hugh however, has just discovered Harry Potter. At 6, he isn’t ready to read the books, but has enjoyed the movies, as does Oliver. So, how would witches compare to wizards… and that really was the question!

When we arrived, I saw the running time information and discovered that it was going to be over an hour until the interval and then another hour after that. Not only being conscious of the late night before a school day, I was concerned about the boys enjoying it enough to maintain their attention, especially when they are both usually so active. Equipped with Haribo’s, M&M’s and drinks we took our seats. Within minutes witches appeared, everywhere!

As soon as it started it was like stepping back in time, instantly I remembered Mildred Hubble and her buddy Maud. We followed Mildred and Maud through their trials and tribulations during their first year at Miss Cackle’s Academy for Witches. We saw them learn to fly in preparation for the school Halloween display, we watched them create the wrong potion and making themselves invisible and then defeat Miss Cackle’s evil sister Agatha to save the school. As we watched the magic unfold with some added comedy moments we laughed, we smiled, we booed and we cheered – everything you should do when at a children’s theatre production.

The all-female cast were so talented, they sung, they danced they flawlessly acted as well as providing the music throughout. From the outset they grabbed the audience’s attention and held on to it so tight. The characters are portrayed just as I imagined from the book with Mildred all clumsy and awkward and Maud forever helping her out of sticky situations. Of course, the devilish witch Ethel, was also as cunning and evil as I remembered! 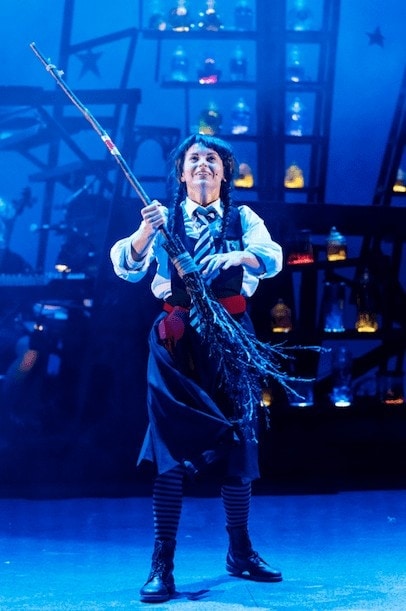 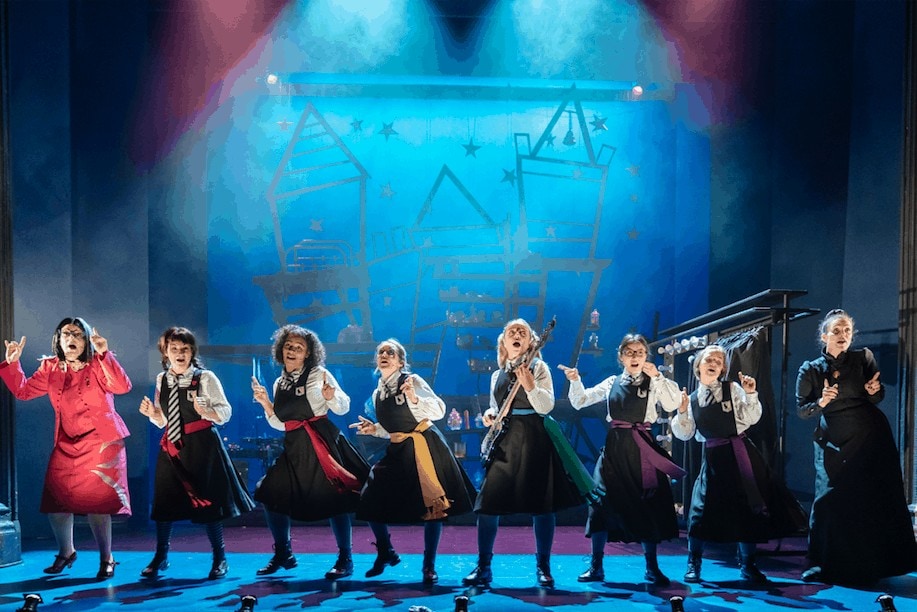 Taking your child to see something you loved so much when you were a child was always going to be risky, with such high hopes, it could easily disappoint. But it is safe to say, it didn’t. For anyone reading this who remembers like me loving the books, do it, it will be worth it, I promise!

Northampton was the first location on their national tour taking them next to Sheffield, Lyceum Theatre from the 29th January 2019.