When for the first year Lara decided against dancing in the Christmas Spectacular, we decided to grab our chance to go away for the weekend and take the kids to Prague at Christmas. 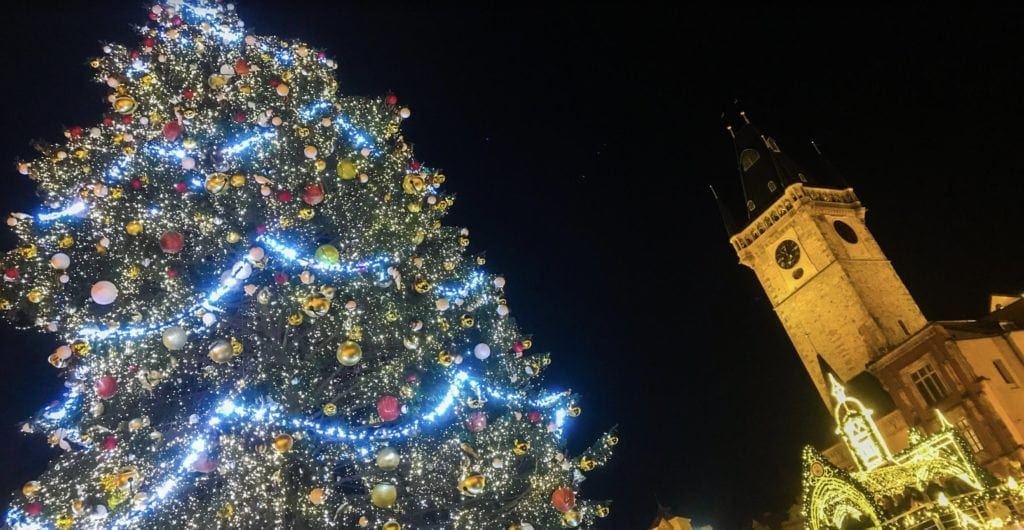 We got a good deal through Expedia staying at the Anyday Hotel which looked cheap and cheerful and near enough the centre for easy transportation, but far enough away for peace and quiet. The morning started well with all but Craig getting up at 1am until he locked the house car keys in while we had all been waiting patiently in the car for twenty minutes. Granted, usually I put the keys in the car but also USUALLY he checks before slamming the front door shut!

Result is panic – me, shouting – Craig and crying – kids.
Wake up Jeanette, Craig cycles to her house and back in torrential downpour, get spare keys. Key inside back door. Can’t get in.
Wake up neighbours after banging for ten minutes then phoning them. Same key issue.
Wake up Joanne who comes to rescue with a huge bunch of keys belonging to everyone she knows. Crystal maze efforts and we have keys. Craig needs to change into dry clothes as soaked thru.

So we are late and pushing it for time and THEN
A11 closed. Detour.
Lara vomits multiple times due to eating four tunnocks caramel wafers at 1am.
Wrong turning at airport to wrong car park.
Barrier to car park broken.

Bus driver working on go slow and I swear he stopped for a fag and a cup of tea.

Bag gets taken for searching in a queue of twenty other bags due to failure to remove 5th plastic bag of Lara’s cosmetics and potions. (Please note she used NONE of them as refused to wash as didn’t like the look of the shower… )
Arrive with 2 minutes to spare at gate.

Public transport is the dream in Prague. Adults can get a 72 hour pass for 310czk and children a 24 hr pass very reasonably. This gets you onto all buses, trams and trains. No queuing for barriers and a much smoother process all round than in London. I assume  they do spot checks to catch non paying offenders but we only saw this once.

We got to our hotel and it was basic but clean with a 70s twist and  a kitchen and fridge, fresh towels and bed linen . And kids had their own room – always a bonus. WIFI better than Norfolk.
Day one involved finding food then a nap. Kids crossly woken and dragged into The Old Town  square  for the compulsory clock watching. Crowds fourfold of what we experienced 10 years ago and prices matching London for everything except local beer. We ate at the market sampling fabulous food and drink; warm cider, mulled wine, crepes galore, grilled cheese and sausages. The boys found the crowds a little overwhelming. A little like being caught in a herd of zombies, we decided, when enveloped within a tour group and dragged along against free will. There were braver folk than us with small children but I didn’t see the fun in that, as the streets were cobbled and uneven, not buggy friendly and many road crossings had a 5 second window to make it to the other side , surely to take out the weak, the slow and those with wheels. 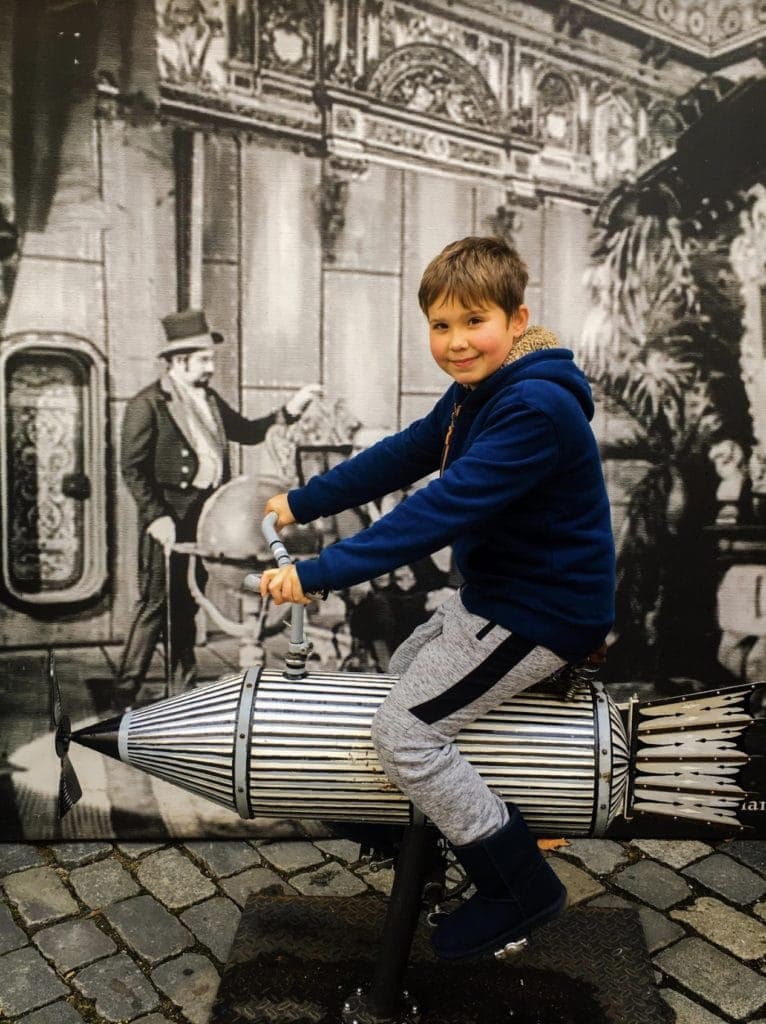 Clearly we were not destined for a restful weekend as on Saturday we had multiple missions including the castle, cathedral and most importantly, the Apple museum. After being abandoned on the platform for being too slow (5 second rule) James and I caught up with the others and made our way to the castle. Only a short security queue and free to wander the grounds and the first part of the cathedral. To enter the buildings, there was a charge. More markets and more food and wine! 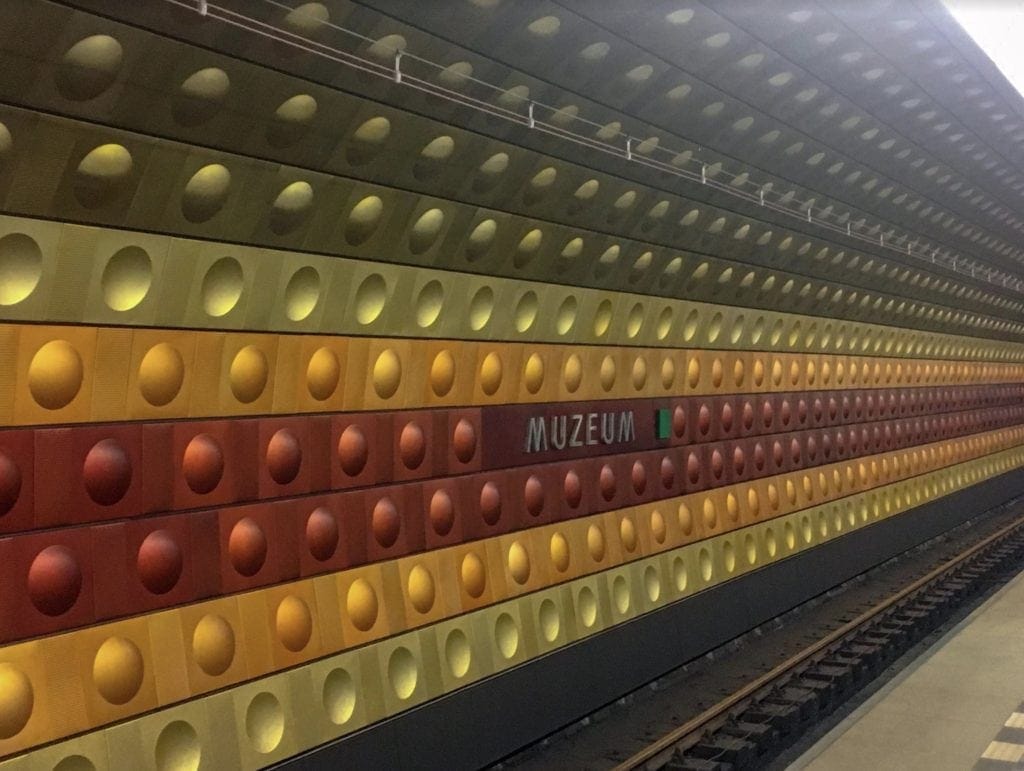 Charles bridge was a fairly stressful affair. Difficult to move at all due to crowds and zombie tour groups. We got across as fast as physically possible.  A pit stop for the most expensive wine on the planet and beer and we were tricked by pretzel gate. Snacks on the table were not free but counted and billed for.  The Apple museum was a massive hit for the tech mad twins and thankfully was peaceful from the madding crowds. Well laid out and lovely cafe for parents to put their feet up while the kids filmed and boomeranged the exhibits.
That evening we ate at the Hard Rock Cafe to reassure the kids we were not in the land that chicken nuggets forgot.
The markets and lights were beautiful for an evening stroll and we stayed up later than usual for a surprise arranged by Craig.  The kids had been guessing all week but all they knew was you had to be 12 to attend and it was not a strip club or the opera. We were lucky enough to get seats to see the magician and illusionist, Jonathon David Bass. In a small venue with audience participation, this was epic entertainment and I think the kids will remember it forever.
A huge hit, especially the finale when the audience had to write down a short word and then scrunch them up and chuck them about the room. 4 audience members were selected and Toby took the stage. To his horror he somehow ended up with my word that I had hurled  far  afield ‘BUM.’ He was however voted the winner and was very pleased with his prize of a T shirt, and a bottle of champagne for me. And obviously the fame of having met and being swung around by one of the most famous magicians in the world.
Our final day was a rest day so we trekked across town to a recommended Mexican restaurant which was so popular there was only one table not reserved at 11.30 on a Sunday morning. We then took the Funicular up the hill( included in the transport ticket we had) and walked the 300 steps up the Petrin tower  to view this beautiful city from great heights. 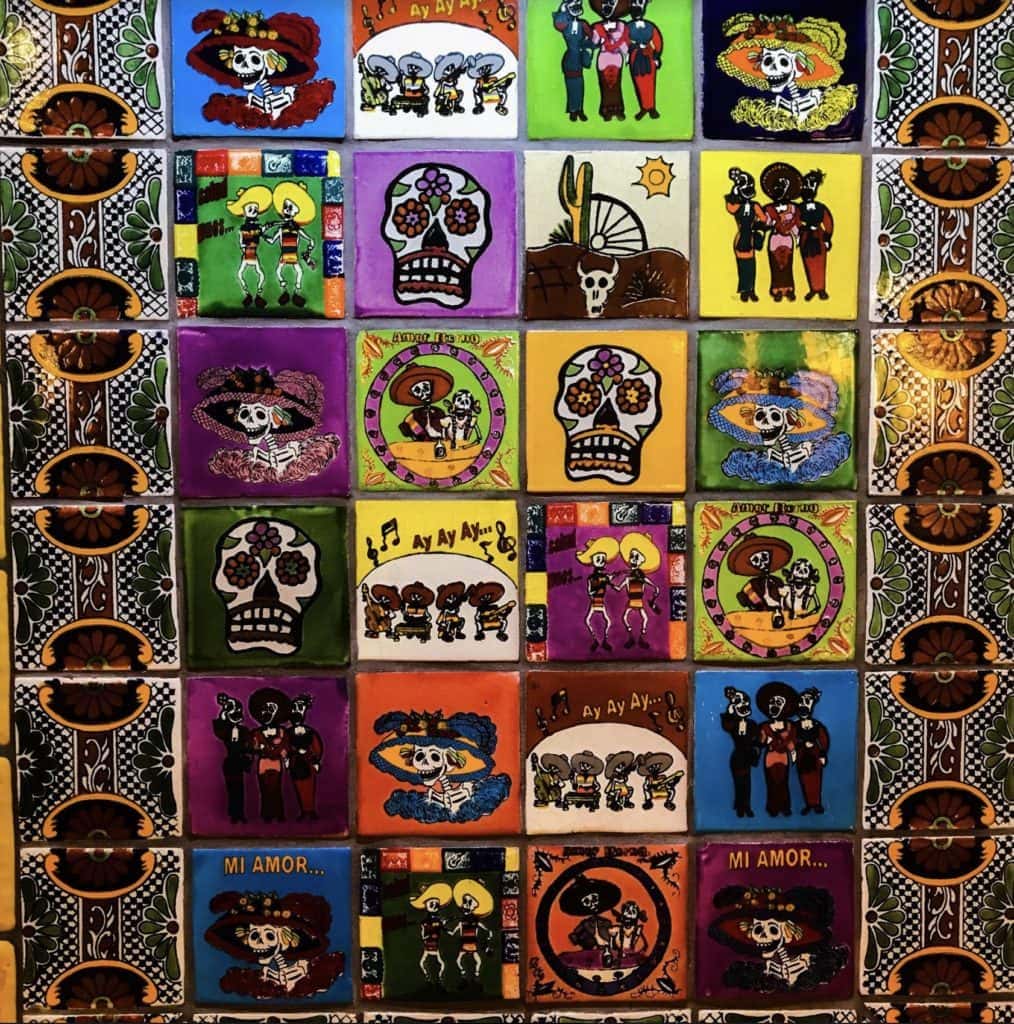 To get the Funicular back down would surely be defeat so we walked back down the hill complaining about our aching limbs, while the kids ran down to a little park where they had a play before the rain set in. Unfortunately we didn’t get any snow but luckily it was mostly dry and warm with some sunny skies during our weekend. We ate at  Giovanni, a beautiful little Italian just off the square in a cave like cellar of several small rooms. Obviously the kids were stuffed to the brim but had enough space for chocolate crepes and fresh crisps form the market stalls.
Thankfully an uneventful trip home! We made some lovely memories and had  2 more days to relax before heading back to work. So we would highly recommend  Prague as a family Christmas weekend.
Total cost for a family of 5 just over £1500 including transfers and spending money.
NB: Ailsa and her family paid for their trip and all views and opinions are their own.
Click here to cancel reply.