Last night we had a really fun night at Jack and the Beanstalk this years Pantomime at the Liverpool Empire.  In fact we had a better than expected night and even the husband (a true pantomime sceptic) was seen to enjoy himself!

NB: We received complimentary tickets to watch Jack and the Beanstalk this years Pantomime at the Liverpool Empire but all views and opinions are our own.

Written by Alan McHugh and directed by Bob Tomson this pantomime had a lot to live up to. The reviews for last year’s pantomime at the Empire,  Cinderella were really very good indeed and here at Mini Travellers we are great fans of the Rock n Roll panto over at the Everyman so what could Jack and the Beanstalk deliver this year to impress.

Well in turns out it can deliver quite a lot and I’d suggest if you’re looking for a fun night out, or afternoon with the kids this Christmas then you check it out. It’s on until 6 January 2019 and there are still tickets available due to the size of the Empire! 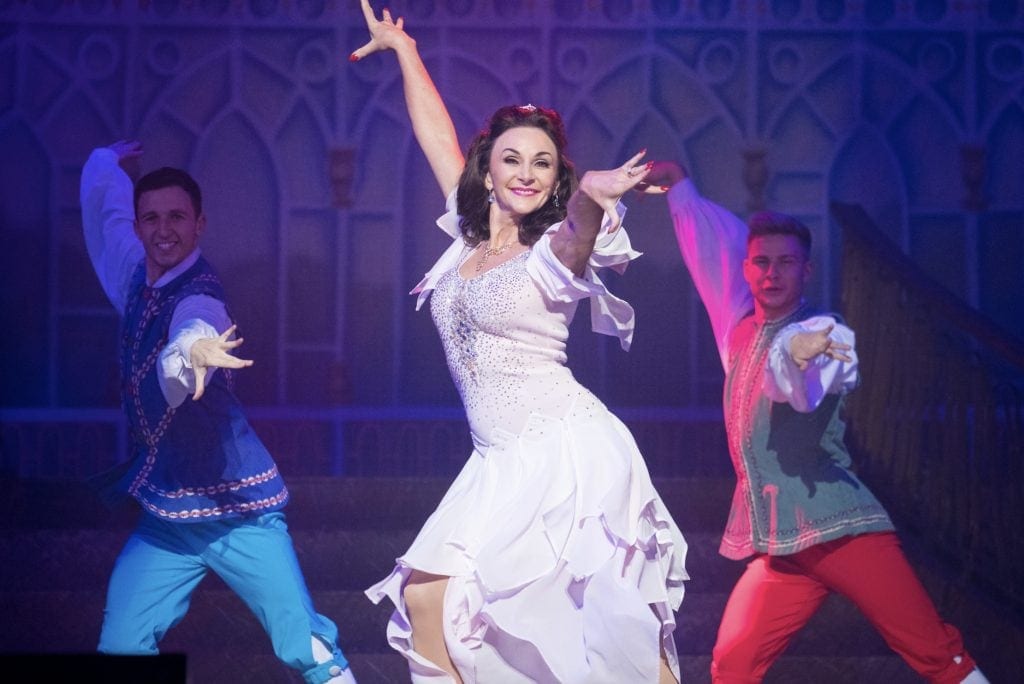 From the first moment the cast arrived on stage my three (aged 8 7 and 7) were transfixed. Shirley Ballas coming onto stage to the music from Strictly certainly helped but so did the chants of “oh no you can’t – oh yes we can” that were also elicited by minute 3! Strictly Come Dancing’s chief judge Shirley Ballas makes her pantomime debut at the Liverpool Empire this year but she threw everything into it. There was no star behaviour evident, just a fun loving local lady (she’s Wallasey born)  enjoying the fun on stage and getting stuck in to all the chants, games and at times terrible jokes.

Simple Simon is a pantomime character that in pantomimes of the past has made me cringe, however John Evans (with many years of panto experience under his belt and many of them at the Empire) has the audience in stitches with fabulous comic timing and unscripted one liners. Yes his jokes are at times just the wrong side of the line but most go over the heads of the younger children in the audience including mine, and his ‘trumping’ jokes were apparently hilarious!

Some of our favourite moments in the panto were the ‘Coo Coo Moo Moo Doo Doo’ cow scene – yes you had to be there! The tongue twister that played out between Jack Trott (Alex James-Hatton) Simple Simon and Iain Stuart Robertson as the delightful Dame Trott where James-Hatton manages to miss say Saturday as Shaturday causing histrionics on stage and off, and the Strictly dance off in the second half including gangam style and this years favourite song Baby Shark.

Alex James-Hatton (Jack Trott) and Clair Gleaves as Princess Apricot sing beautifully and characters in these roles often don’t I find. A duet involving a track from The Greatest Showman inevitably brings delight to the audience although this performance is knocked off top ‘cute’ spot by the Liverpool Empire Babes who on press night were the Blue Team, very little, very cute with a few lovely dance routines including a fantastic farmyard dance sequence with them all in full sheep costumes. 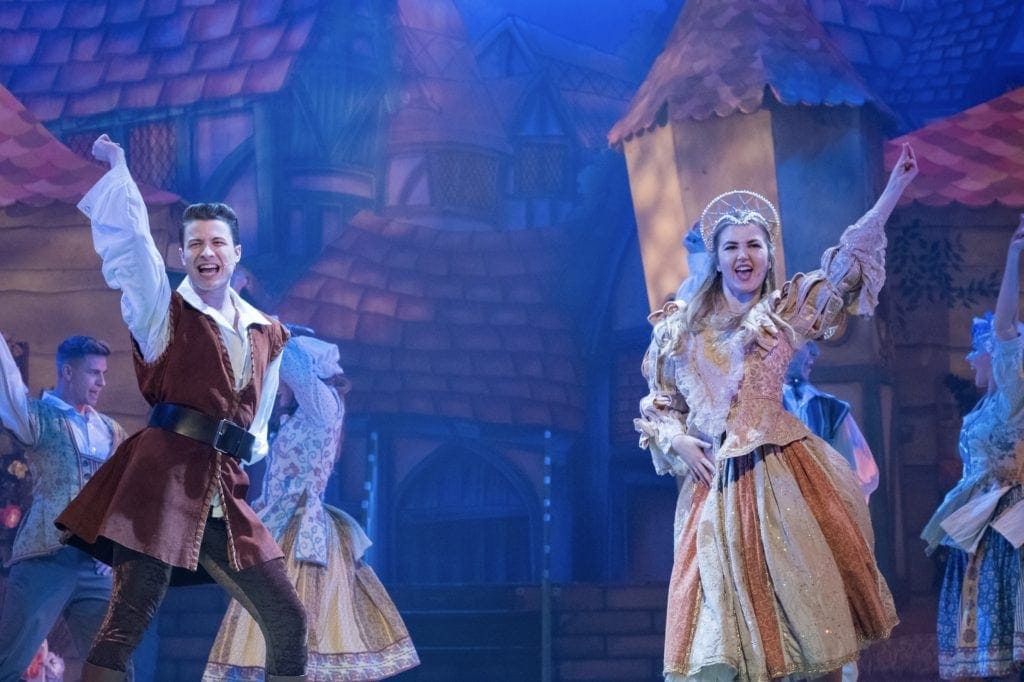 The stand out scene for me though had to be the 3D scene. 3d glasses were handed out at the beginning of the show but the 3D scene comes just after the interval.  It was funny, it had everyone whooping with laughter and screams of fright. It was the perfect length and added that extra something to the show!  Definitely worth including and the kids talked about it all the way home.

Flipping loved the 3D bit @LiverpoolEmpire panto tonight! Really different and so well done! Thanks to all the team! #ad #jackandthebeanstalk pic.twitter.com/mZRdf5psOE

Fantastic performance – get your tickets now!

This sounds absolutely hilarious. Just what is needed on these cold dark evenings.