Our eldest daughter turned 9 on Thursday. Whilst it’s a busy time of year for a birthday, there are so many wonderful events at which to celebrate. We chose to go to the newly reopened Alexandra Palace to see Horrible Christmas on the evening of her birthday.

NB: Lucy & her family received complimentary tickets, but their opinions are all their own.

My family only recently discovered Horrible Histories, but we are making up for lost time. We now have a shelf full of Terry Deary’s books and it’s our middle daughters’ favourite programme on television. Horrible Histories is universally loved by the adults in our family too, as it is both entertaining and educational. As silly, and horrible, as it may seem my children often refer to things they have discovered through Horrible Histories, and more importantly they have a fascination with history that they would struggle to find from a textbook.

We were not sure what to expect from Horrible Histories ‘Live on Stage’. However, we have seen a few productions from Birmingham Stage Company, and knew that if anyone could successfully put our children’s favourite tv programme on stage, they could.

Horrible Christmas, based on Terry Deary’s book of the same name, cleverly takes you through the history of Christmas by following the antics of Sydney Clause. Sydney is determined to wipe out all Christmases, past, present and future, by travelling back through time accompanied by his friend Rudolph. Sydney is hotly pursued by Watson, who is helped by budding detective Shirley Holmes, in his attempt to foil Sydney’s evil plans. 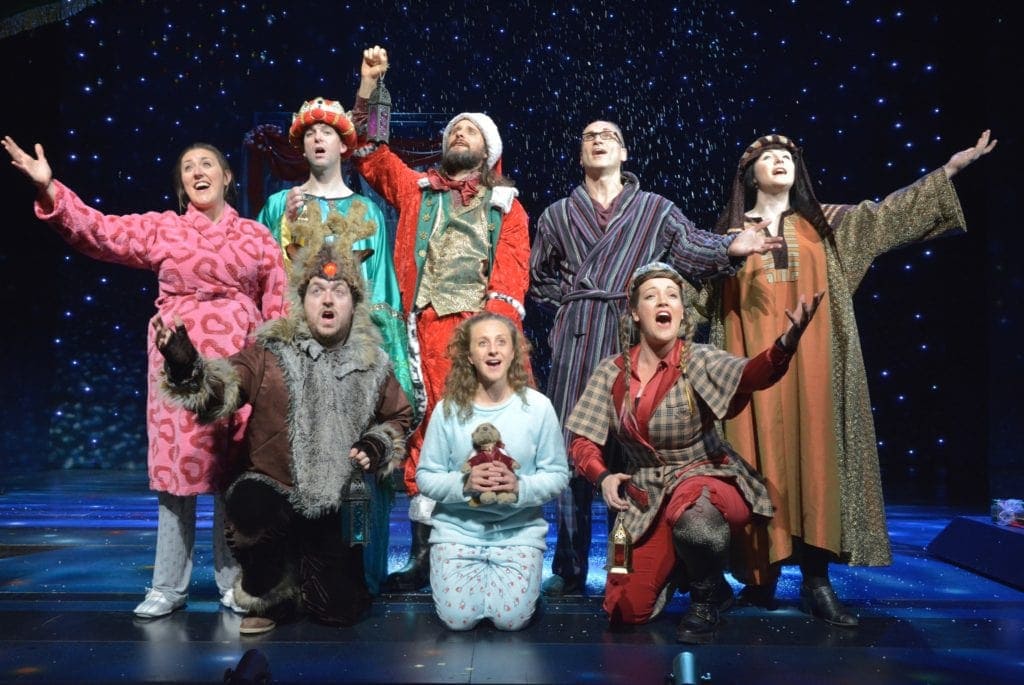 As with the tv programmes, the strength of Horrible Christmas comes from the characters, sketches and songs. We start by meeting Charles Dickens, who helped re-popularise Christmas. Then the  audience is treated to a song from Oliver Cromwell and the Puritans, who share Sydney’s distaste for Christmas. The lyrics and dancing have the audience chuckling away. Cromwell’s death is followed by the arrival of my daughter’s favourite character, Charles II the party king, who raps and flosses his way through the resurrection of Christmas traditions. The action then travels further back in time, through the unusual eating habits of the Tudors at Christmas, incorporating a pantomime-style audience sing-a-long. Eventually Sydney Clauses’ attempts to banish Christmas take the audience right back to the first ever Christmas, and St Nicholas himself. Our heroes finally foil Sydney’s plans, with a heart warming reconciliation in true Christmas tradition.

We throughly enjoyed Horrible Christmas from beginning to end. The Alexandra Palace theatre has only just recently reopened following refurbishment, and has quite a history of its own. The Theatre provided a wonderful venue for a family show, with a large brightly lit atrium for running around during the interval, and a few food and drink pop-ups so most needs were catered for.

Horrible Christmas runs until 30 December and due to demand, an extra date has just been added on 22 December.