NB: Anna and her family received complimentary tickets to watch the show in order to review but all views and opinions remain their own.

On a rather cold night I took my son Winston (5), his best friend Dylan (6) and Dylan’s mum Amy to see the West End debut of David Walliams’ ‘Awful Auntie’ at the Bloomsbury Theatre. This production by The Birmingham Stage Company has been touring since 2017 and will be running in the West End until January 6th.

The show began, in true fashion with the dimming of the auditorium lights, but immediately I was surprised by a rather scared squawk of ‘Mummy why is it dark?’. This reminded me how often we take experiences for granted in children. This was Winston and Dylan’s first trip to the theatre and I had not explained what going to the theatre was or what happened once we were there. To calm Winston’s nerves, as he clambered shaking onto my lap, I explained the lighting rig, the ‘wings’, the revolving stage set and where the music was coming from, which he took in with an incredulous stare as if he couldn’t believe that it was true. However the penny finally dropped with the question ‘Mummy are those people real?’ and when I answered in the affirmative he shouted over to Amy, and the rest of the stalls ‘Amy those are real people!’. Once we had all ascertained that yes indeed they were real, our enjoyment of the show could begin! 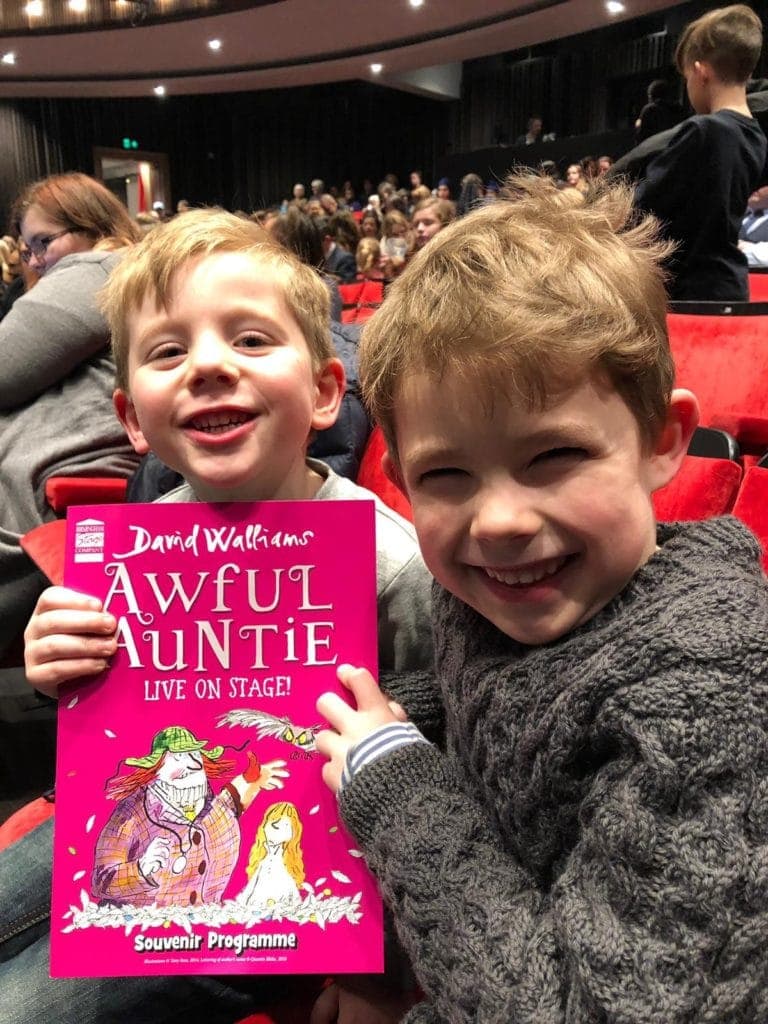 We were expecting rude humour, lots of slapstick and colourful sets and we weren’t disappointed. As is typical of Walliams’ books for this age group, there was a man dressed up as the ‘Awful Auntie;’ with an awfully screechy voice and malevolent persona, a wonderful scene of slapstick including marbles, boot polish and a plastic screen for the toilet, an inept comedic butler, Stella our plucky damsel in distress, a cockney ghost and an enormous stuffed owl. The play was funny and pitched just right for this age group. Winston and Dylan both adored the toilet humour and joined in the booing at Auntie and the cheering for Stella as she tried to overcome her.

The production was also sophisticated, creative and skilful. The play opened with the projection of a film reel, the movement between scenes occurred via the rotation of 3 ‘room’ columns which whilst incredibly impressive and clever kept the children engaged far longer than a traditional static set. An actual moving car, driven by Stella whilst being chased by Auntie on an actual motorbike added to the magic. Winston has told all his friends that there was a ‘real car on the stage’! Amy and I were most impressed by the puppeteer whose role it was to bring the enormous stuffed owl to life. The owl is both the hero and the villain of the play- the puppeteer enacted both these roles through her face and body language whilst expertly flying the owl around the stage. She was captivating to watch. 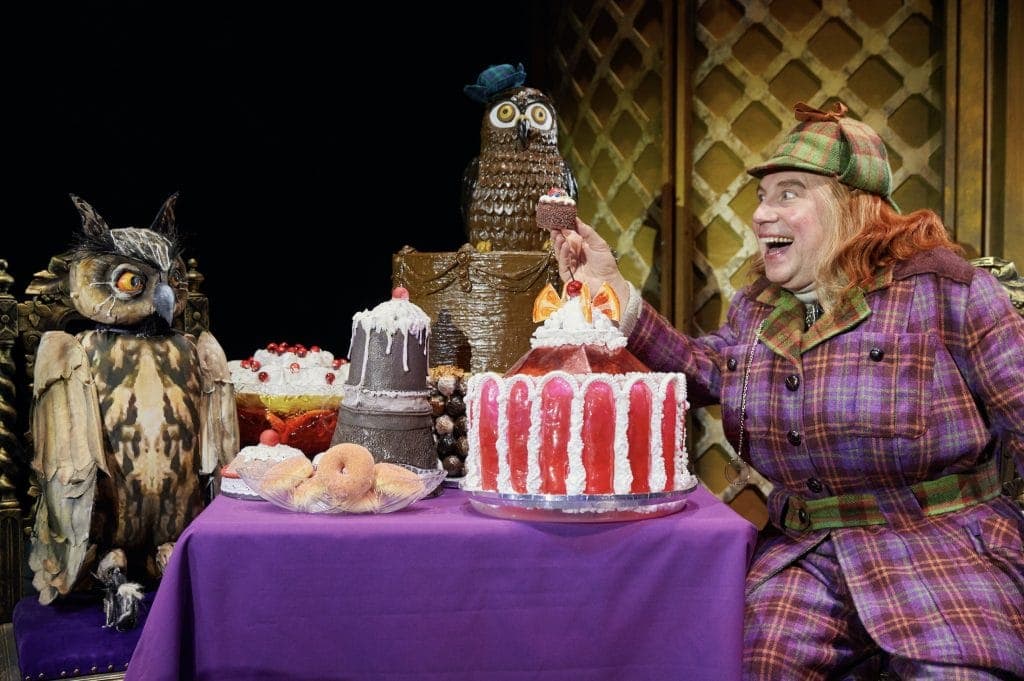 Neal Foster, the adaptor and director, rightly notes that this is not only a comedy but a story of horror and there are some darker moments on stage I was surprised to encounter in a children’s story. Whilst I applaud Walliams and Foster for not sugar-coating horror or real life, I was taken aback and had to field some interesting questions from both boys on the tube home.

Once the boys had been instructed to clap the actors as they took their bow we were treated to a visit from David Walliams himself. As inimitable as you expect him to be, his gratitude and pride in the production and the actors was clear to see, and we left buoyant, full of ice-cream and full of stories of what we had seen. A successful first trip to the theatre.