The Imperfect Family Holiday in Mallorca

We wanted to get away from London after Christmas, but since we are trying for baby number two, we were not sure until last minute whether I would be able to fly. Of course, we could drive, though it would be a long drive to get anywhere sunny and warm.

When the test showed negative (:() about a week before Christmas we decided to book flights to Mallorca, where we’ve spent a couple of weeks last January.

You might think it’s an odd choice to go Mallorca in winter – that’s exactly what I thought when Daddy suggested it last year! – but there is more to Mallorca than beaches.

We embarked the plane to Palma on Boxing Day surrounded by other families with young children. Pre-baby I wouldn’t be very happy to see so many young kids and babies on the plane, but now I felt relief. Little F is a good flyer, but just in case he’d get out of hand there would be plenty of understanding co-passengers!

It was dark and quite late by the time we arrived in our rented car in Port de Soller. As is traditional on holidays, we circled around and went the wrong way up one-way-streets before we found the house we have booked, despite the owner giving us directions over the phone. Once in, we were so relieved we finally got there, and that the journey went without any problems with Little F, that we greeted the lovely owner like an old friend. Further cheered by the sight of chilled champagne waiting for us on the side-table.

The first three days we were all a bit gruff after travelling, which was not helped by the grey cheerless weather and numerous issues we have discovered with our accommodation. We were so unhappy that we eventually wrote to Alejandro (the owner) that we wish to have our money back, and that we will move, as the house is not what was advertised, and so, not what we expected. It was not a decision we made lightly, as it takes Little F 3-4 nights to get used to falling asleep in a new place.

After some negotiations he agreed to come over in the evening and discuss things. I must add that he had been very co-operative throughout.

While all this was happening I was drafting a review in my head, which went something like this:

The property had a general unclean feeling, especially the bathroom. With dirty-grey grout in-between cheap white tiles, lime-scaled tap and paint peeling off in places.   The ‘fully equipped’ kitchen did have all the cupboards full, but a lot of it was unnecessary junk, like mismatched Tupperware, two (!!) broken electric kettles and not-quite-clean blender. There were lots of pots, and glasses, and cutlery, but only one decent sharp knife – as if cooking was a solitary task. Inexplicably a hanging cupboard had been screwed in on a level comfortable only to NBA players.

A tall corner unit had only three shelves (?!), all occupied by plates and other crockery, which meant there was no space for groceries. Anywhere. At all.

The washing machine doors were broken off, and we were not sure we felt comfortable using it. We eventually did and it worked fine, apart from a small leak. The dishwasher took nearly 3 hours to complete a load! First time we thought it got stuck in the middle of the cycle, as it was taking so long.   We also found a cockroach in the bathroom.

The final straw was our electricity being cut off… We’ve just come back after a long day of exploring, in good moods, but tired.  Half-way through cooking dinner everything went dark. We couldn’t even charge our phone (nearly dead after a day of taking pictures), without which we could not contact the owner!

Not a pretty picture, isn’t it? What happened next turned everything around.

The electricity was restored within a couple of hours. When Alejandro came to discuss the situation I was putting Little F to sleep, so Daddy took charge of negotiations. When I came back from Little F’s bedroom Daddy had a strange smile on his face. When I asked what happened he explained that Alejandro could not give us the money back now, but he will be able to return them in February, once the house is sold (it turned out a sale had been agreed before Christmas). In the meantime he suggested that we can stay for free…

That changed things completely, but initially made us feel uneasy. We agreed that we will pay for the bills (electricity and water are expensive on the island), and only take what is remaining.

Without money goggles the holidays changed shape. It was like staying in your friend’s house for free, so any little (or medium) issues were of no importance. We were staying for free in a beautiful corner of the word! The sun has put a seal on it, as it decided to make an appearance the next day and stayed with us for the rest of our stay.

Every morning thereafter we had the pleasure to watch the late winter sun rising over the port. Teasing. It’s gold fingers touching the tops of trees and the lighthouse, only to vanish behind a higher peak and let the shadows return. In a few minutes the warm rays would  be back again bringing light and warmth to a large part of the mountain-fringed bay.

We enjoyed sitting in one of the many port cafes looking at the misty, wooded mountains, with the vapours giving it the look of a medieval landscape masterpiece, with the clear ‘layers’ in air perspective. If Little F was asleep in the buggy we could let the reality melt in the warmth and enjoy the sun, like cats, with our eyes closed. Every now and then a gust of chilly wind would bring us back to reality and remind us that it’s January after all. Many chairs seem to force you to sit back and relax, as perching on them is very uncomfortable.

Most days were spent exploring: the beach, nearby villages, Soller (the closest larger town), food markets, mountains (Tramuntana). One of the days we chose a buggy-friendly trip to a reservoir/lake high in the mountains – Embassament de Cuber. It is easily reached on a winding mountain road (needles to say the views en route are spectacular).

The zen silence of running water punctuated with sheep-bells was like a salve to my spirits. It is relaxing on it’s own, but adding to it all my happy childhood memories of such imperfect silence, made it a paradise on earth. Above us was a blue Mediterranean sky and we were surrounded by minimalistic walls of grey parched rocks, with ochre-pink scars where the roads have been carved. Under our foot scattered loose stones and gravel, which crunched pleasurably, as we walked passing patches of short grazed grass (sheep are present on the island, as evident by local cheese with sheeps’ milk mixed in – formatge mallorquí) and shaggy and sharp yellow-green grasses. Nearer the lake there were curious stubbly bushes, like colonies of beached jelly fish or soft round rocks. This messy greenery was complemented by orderly pines, with all needles neatly brushed upwards in little ponytails.

On a couple of occasions we stayed-in to enjoy the sunny terrace and allow Little F a good, long nap in silence. The postcard view of the port was sadly partly obstructed by a building in front of us and it’s ugly TV aerials and satellite dishes. It must have been heartbreaking for the owners to see this monstrosity being built – the house we stayed in was one of the first to be built on this side of the port. It was lovely to eat in the sun, read in the sun and chase balloons in the sun, all to the tune of heaving, breathing, sighing, pushing, pulling, roaring and splashing sea below us.

We enjoyed simple lunches and dinners of cheese, olives and delicious bread, with red wine for us and fresh orange juice for Little F – all locally grown and produced. Little F discovered a passion for olives and prawns – sadly not locally caught as a lot of the days during our holidays were a public holiday or a day off and the fisherman did not bring-in a fresh catch.

We’ve eaten in places offering delicious vegan meals, which taste great and make you feel good after you’ve eaten them. And places where time lapse videos would show our waistlines growing during the meal. A little time spent searching and planning (done by Daddy) was well worth it, as last year we struggled to find good food places, not least because of limited opening hours in winter. Mallorca, and Palma in particular, is said to be a rising star of healthy vegetarian and vegan fare.

It was a great holiday. We reconnected as a family and found peace as individuals. It was wonderful to have a lazy breakfast together everyday and see Little F run for his wellies straight after, eager for another day of exploration.  We had a holiday for the second time in the same place and (mostly) manged to avoid having the same conversations. We also got along very well without a sat-nav and only map reading.

The natural beauty, the food and the child and human-friendlies of the inhabitants (with a large expat community) means we will gladly come back next year. And in the meantime we will dream of what would life be like if we could live there.

It’s good to see a review about a holiday not quite going as planned but what you can do, and how much fun it can be!  Joanne writes a fab blog called Mum in Search of Balance and can also be found on twitter @mumbalance.

For more family holidays in Mallorca just use our search function. 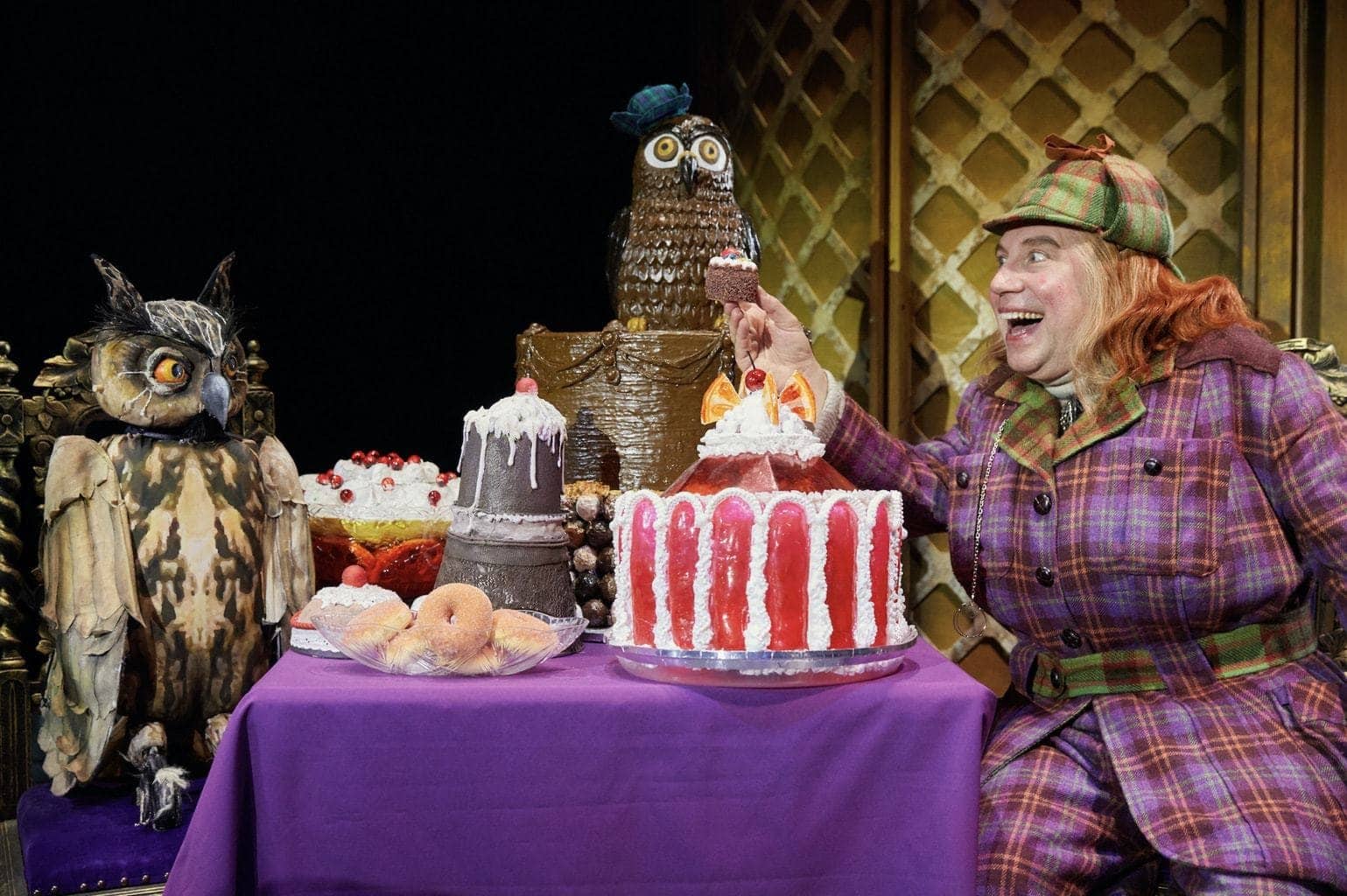 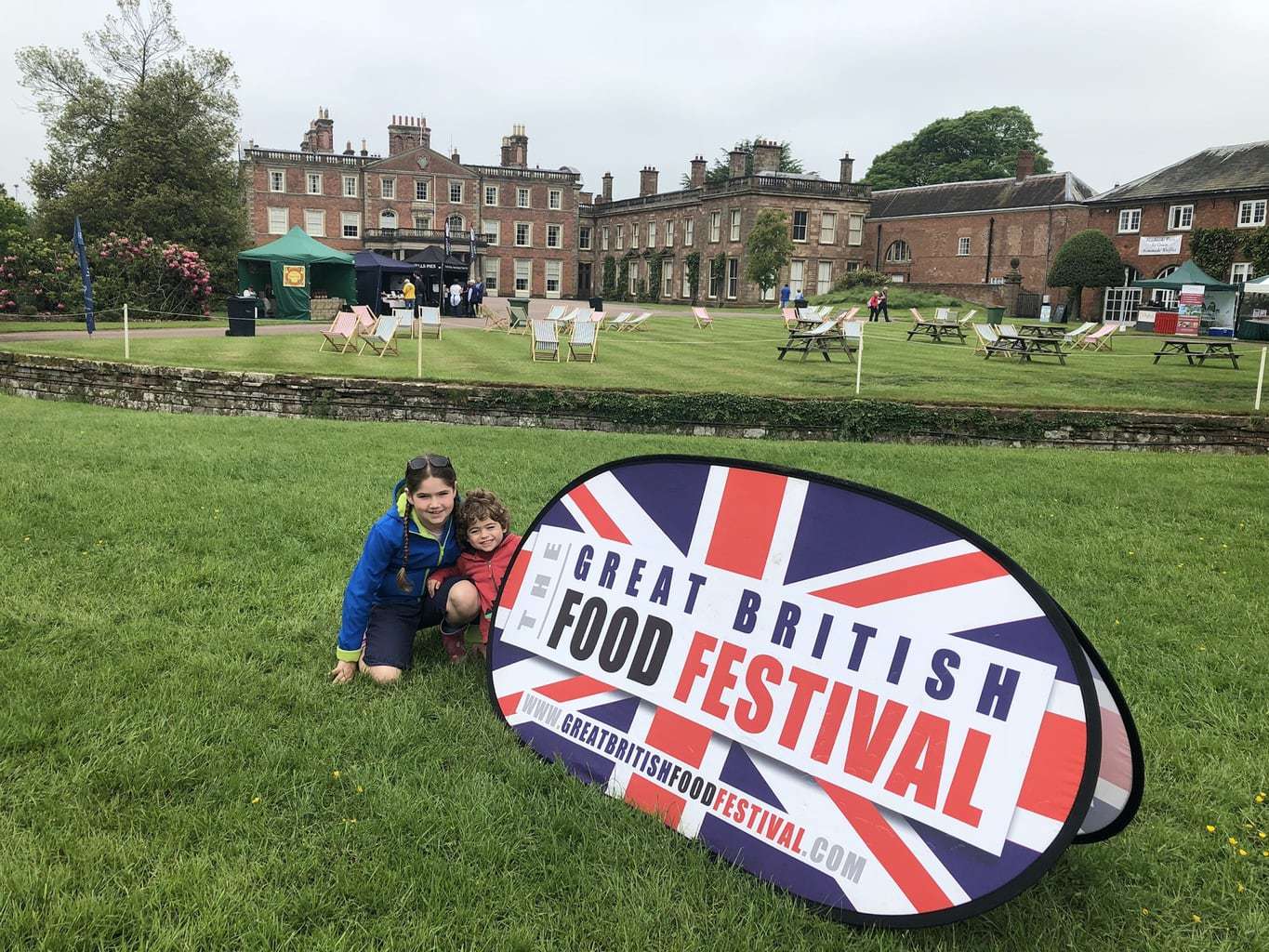