Awful Auntie is a very well-loved children’s book by David Walliams and Illustrated by Tony Ross. I am a lover of David Walliams and I have read : Demon Dentist,The Boy in the Dress,The Midnight Gang,Gangster Granny and I am in the middle of Grandpa’s Great Escape. Awful Auntie is the 17th book by David Walliams. Its publisher was HarperCollins and the date it was published on was 26th September 2014. It also has 413 pages and is children’s fiction. David Walliams was born on the 20th August 1971. David is a British comedian , actor author and presenter and a judge on Britain’s Got Talent. Walliams has one child. He has sold more than 25 million copies of his books translated into 53 languages. He is known as the fastest-growing children’s author in the UK.

The plot of Awful Auntie:

The book is set in December 1933. The main character is Stella Saxby. Her parents Lord and Lady Saxby have tragically died in a car accident which leaves poor Stella with her awful Aunt Alberta to live with. Aunt Alberta secretly launches a plot to trick Stella out of the home where she lives (because her parents have died).

Other characters are : Wagner ( Aunt Alberta’s huge owl that was discovered in the war) , Soot ( chimney sweep and also a ghost) and Gibbon ( the Saxby’s elderly butler who is quite funny). 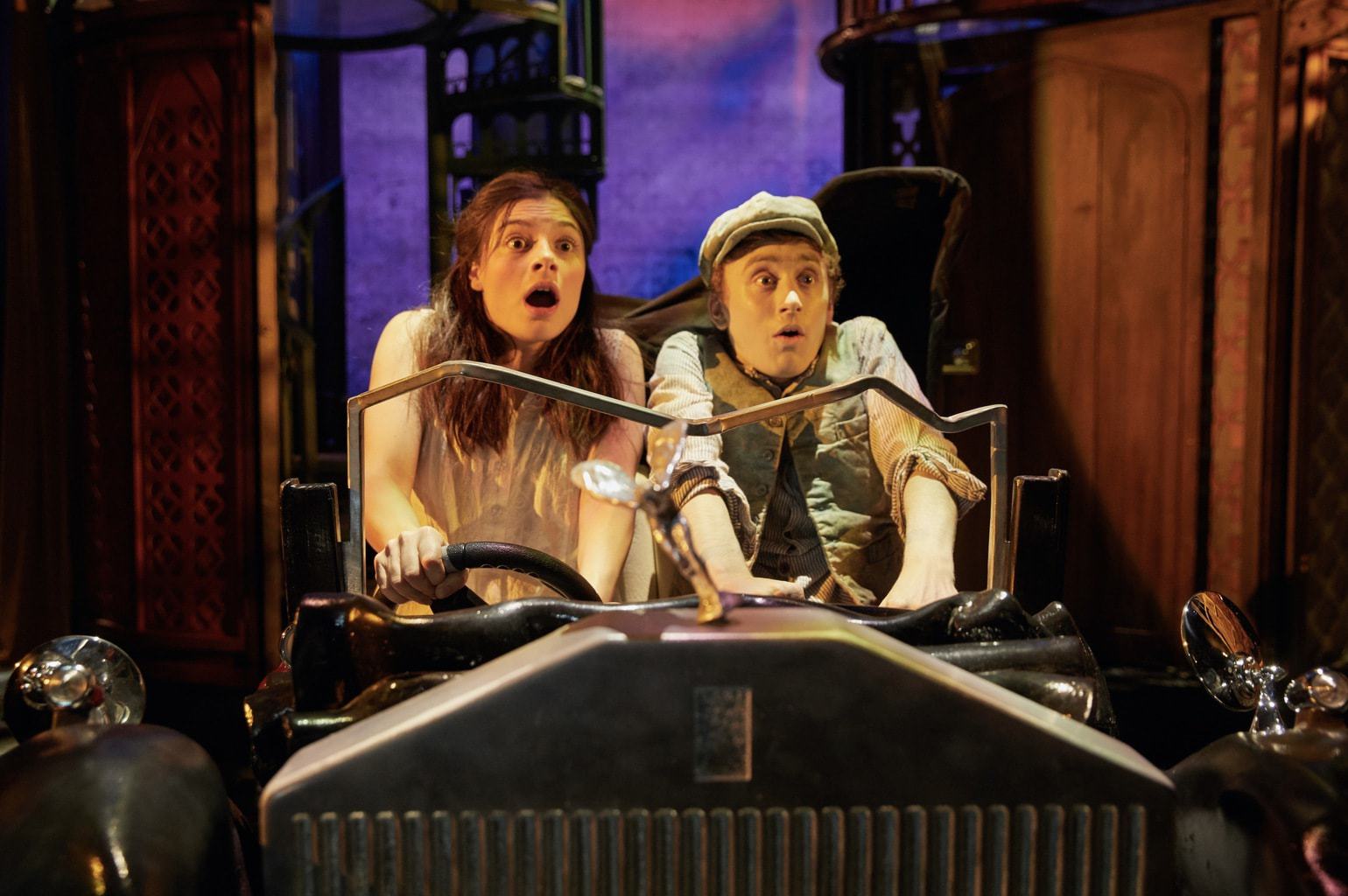 Stella’s Aunt really is very good at being awful. She is full of sympathy and morals because in WWI she chose to fight on the German side (mainly because she preferred their uniforms). She has tortured and murdered people and adores vicious owls. Stella obviously fears her and has to cope with all the drama and has to do all she can to overcome all the anger. All Alberta wants is the deed to Saxby Hall, but to get them she has to persuade Stella and Soot to give them to her, then get Stella to sign them. Once Stella has signed them, the house is hers ( which is all she has ever wanted). It doesn’t appear she is very interested in her niece at all.

About the performance of Awful Auntie at the Liverpool Empire:

The performance was at the Liverpool Empire Theatre and it started at 7pm so it would not be too late for a school night. It is very close to the train station and there are lots of places to park. The Props were amazing. The owl and the scenes were very detailed. They really set the spooky scary scene. The costumes were amazing and the background was  just mind-blowing. There was quite a bit of comedy too. The funniest bit was when awful auntie woke up and tripped on marbles. The sound effects made it even funnier. Also when auntie went to the toilet Stella and her friendly ghost Soot had put some glass there which made her wee spray back at her! Also when they put gunpowder in the sink and Auntie washed her face she was covered in black soot that wouldn’t come off!

We had to leave early because it was a bit to old for my 6 year-old sister (she found it to scary). I think the show ended at about 9:00 PM and we left just after the interval. I would have loved to have stayed and I am going to go back without my little sister to see the whole show. I will finish my blog when I have seen the whole show.

You can read a review of Awful Auntie at Richmond Theatre here!