As we hopped off the bus and turned the corner onto Richmond Green, we could tell this was going to be no ordinary Thursday evening. We spied a vintage Rolls Royce (perhaps not so surprising in Richmond), but leading from the Rolls Royce was a red carpet, thick with a sea of excited 10 year olds and, in the middle, David Walliams gallantly signing autograph after autograph, and perhaps wondering how he was ever going to get into the Theatre to witness opening night of his latest book to hit the stage.

Amelia and Florence first discovered David Walliams’ boundless humour in the pages of the Annoying Elephant picture book, so we were delighted when they started to pick up his story books. They started with the devilishly funny Worlds Worst Children; a great favourite at bedtime and the perfect bite-size read. Then they moved onto the delights of Gangsta Granny, where they were captivated by David Walliams’ wonderful characters, brought to life by Tony Ross’ vibrant illustrations. We followed up the book with a trip to Birmingham Stage Company’s stage adaptation of Gangsta Granny in August this year, so we knew we were in for a treat when we were invited to go and see Awful Auntie on stage. However, this time we had not yet read the book. With just a few days until the show, Amelia galloped through the first few chapters and gave us a brief synopsis on the way to theatre, but none of us knew how it would end. 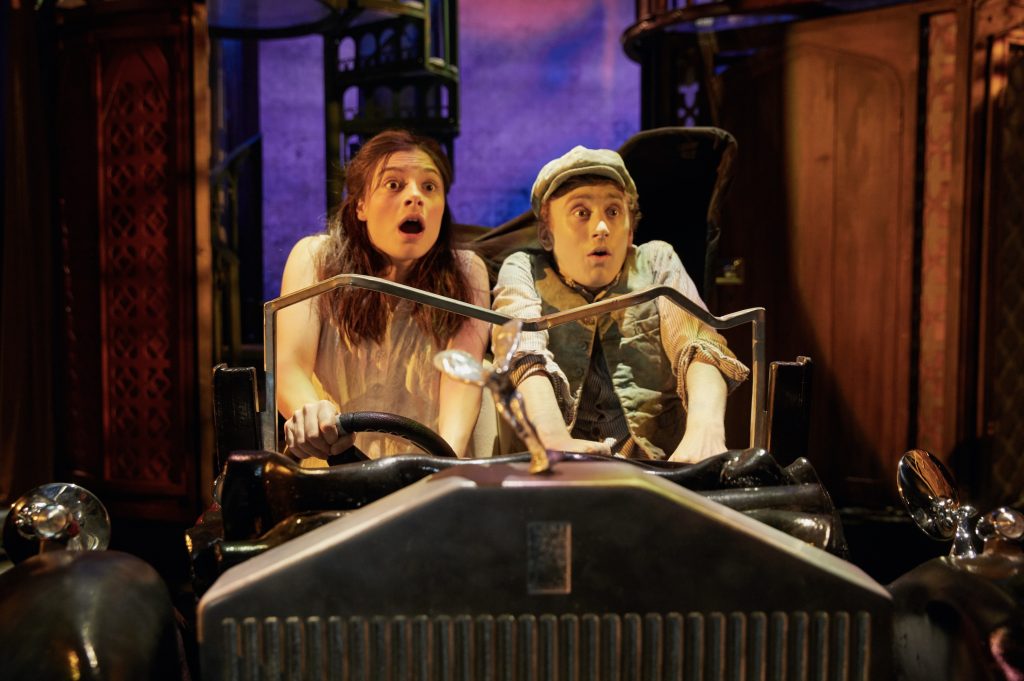 Awful Auntie tells the story of Stella Saxby’s Auntie, who is not only truly awful, but also murderous and conniving. The stage production begins with young Stella (Georgina Leonidas) waking from a coma, to be greeted by her Awful Aunt Alberta (Timothy Speyer). After insisting on a game of tiddlywinks, Awful Auntie casually announces the death of both Stella’s parents, in what transpires to be a not-so-accidental car crash. Stella is quick to realise her Aunt does not have her best interests at heart, but is rather intent on inheriting the great Saxby Hall where Stella grew up, and will stop at nothing to becomes its sole heir. Aunt Alberta is accompanied on her mission by a Great Bavarian Mountain Owl called Wagner, brought to life by some impressive puppetry.

A nail-biting ‘great escape’ ensues. Stella is helped by a friendly ghost of a chimney sweep called Soot (played by Ashley Cousins, recognised by the girls from his role as Ben in Gangsta Granny), who introduces a world of cockney-rhyming slang. The plot is very dark at times (the electrocution scene in particular), but the humour and thrilling plot carried the children through without any indication that they were scared. The tenser moments were beautiful broken by the appearance of the Saxby family’s doddery butler, Gibbon, who is totally oblivious to the antics around him. The girls’ favourite scene was when Stella and Soot decide to exact revenge on Aunt Alberta with some old-fashioned slapstick (think coal soap and itching powder). 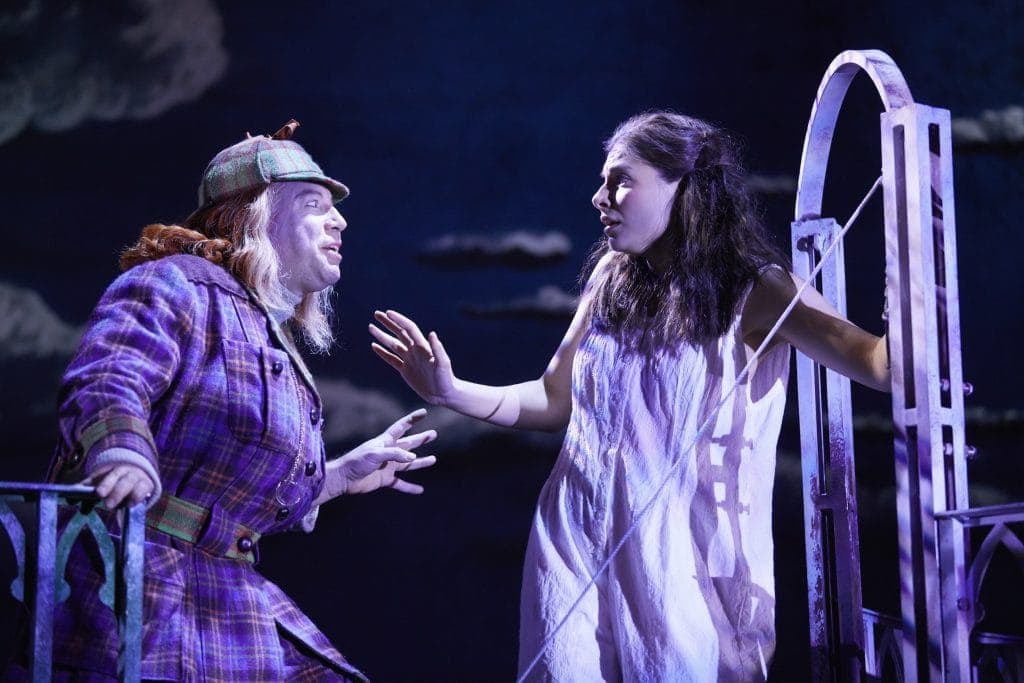 The action is very cleverly set within Saxby Hall and its grounds. The set twists and turns as Stella and Soot (swiftly followed by Aunt Alberta) climb from one floor of the Hall to another. An on-set car and more owl puppetry help conclude the great escape as the heroine Stella, defeats her awful auntie and goes on to invite fellow orphans to share Saxby Hall with her.

Amelia, Florence and Lucy were guests at the theatre, but all their opinions are their own.

This all sounds scarily exciting, I’ll have to look out for this coming near us!