Last night we went to see the first night’s performance of Cinderella at The Floral Pavilion in New Brighton. I’ve taken the kids to see Cinderella and a few other pantos there before, but this was by far the best panto we’ve ever seen over the last decade! Wow ! Big wow !
There were 5 of us lucky enough to go and see Cinderella…..me, my hubby and our three sons aged 14, 11 and very nearly 6.
This most favourite of favourite fairy tales was brought to life with a spectacular production thanks to the Floral Pavillion and Martin Dodd for UK Productions.
From the moment the curtain rose and a funky rendition of “Cake by the Ocean” came on, I could tell this was going to be a fun, upbeat panto. The audience burst into applause and clapped to the beat within seconds and the stage was set for 2 and a half hours of hilarity, magic, sparkle and fairy tale sensation! I had slight concerns that by 21:45 my youngest would be either fast asleep or getting restless but it turns out that he just didn’t want the show to end! 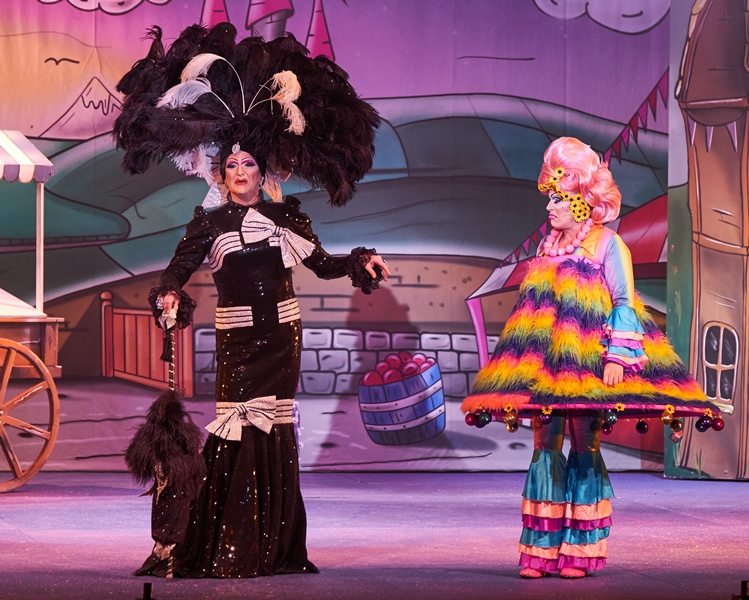 Cinderella (played by Milkshake’s Olivia Birchenough) made her appearance in the second scene and my five year old immediately fell in love. She sang beautifully and told her story so well. Price Charming was brilliantly cast with his handsome good looks, oozing charm and great vocals (one for the ladies!). As for the ugly sisters….well….I counted at least 10 costume changes and every single one of their costumes was wonderfully out of this world pantomime pizazz! Delectable divas Jamie Morris as ‘Silly Cilla Hardup’ and Tarot Joseph as ‘Daisy Hardup’ played ‘the uglies’ just brilliantly. On the opening press night there were a couple of hiccoughs (e.g. ‘A wig coming off when he/she stumbled) only made even more hilarious by clever improvisations and witty interactions with the audience. But seriously, there were only a few little fluffs here and there that only served to allow the cast to ham it up a touch more, thus identifying even more with the true panto spirit!
And of course, not forgetting the wonderful, big hearted Alison Hammond whose stage presence and fabulous Fairy Godmother costume lit up the auditorium! 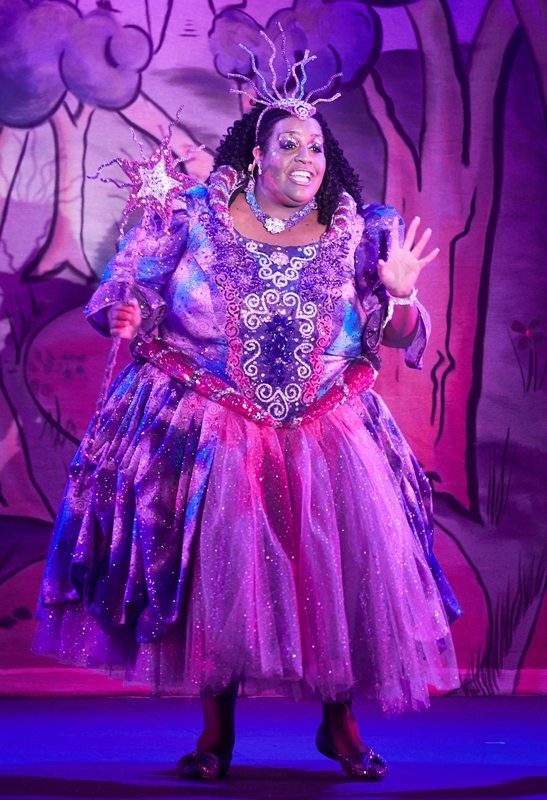 Personally for me, my absolute favourite panto character was Buttons ! Played by comic Tam Ryan whose impeccable timing and comic genius absolutely made the show. If I’d been Cinderella I wouldn’t have chosen Prince Charming with all his money, splendour and shiny royal sash. For me, it would have been her highly entertaining and extremely witty best friend, Buttons. I haven’t laughed out loud continuously for over two hours in a long time and a lot of that was down to Tam Ryan’s awesome ad libbing skills. Who doesn’t like a man who can make you laugh out loud so much ?! His Honey G impression was second to none ! 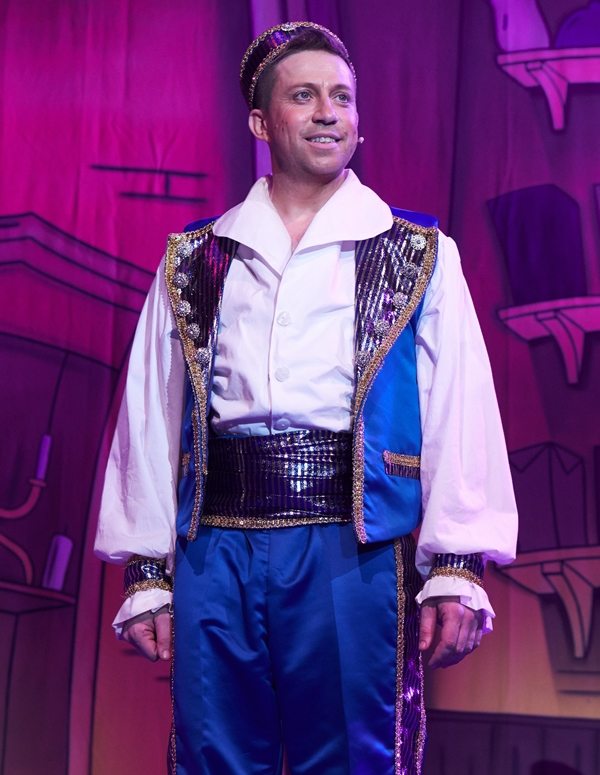 So, it was an evening of fun, laughter, singing, dancing (in our seats!) clapping, “it’s behind you”s, “oh no it isn’t”s and family fun. With a giant disco ball, plenty of hit songs (e.g Michael Bublé, The Weather Girls) a live band, a superbly choreographed team of dancers and clever sound and lighting effects, the show appealed hugely to my elder two who enjoyed it as much as my five year old. There were plenty of nods to contemporary viral trends that also appealed to the teenagers (think mannequin challenge, PPAP’s Pen Pineapple Apple Pen etc.) and also to the adults in the audience. Plenty of (clean) adult humour too.
All in all a fantastic family show that appeals to all ages. If you are lucky enough to be visiting the panto this Christmas, make sure you book as soon as possible because I imagine word of mouth recommendations will see a big rush to get tickets. My cheeks are still aching from all that laughter. Oh, and by the way, if you’re in the first ten rows or so and don’t like sprinkles of water, maybe you’d better take a brolly. What a hit! Ten out of ten, highly recommended panto fun! Oh no it isn’t ! Oh yes it really, really is !!