Last night I took my mum for an early Mothers Day treat; we watched the UK Tour of Kinky Boots at The Empire in Liverpool and we had an absolute ball!

I am lucky enough to live close enough to my mum that we see each other most days which is brilliant but, because she is often helping with the girls or my sisters kids our meet ups are usually transactional and fleeting- we swap bags, snatch a quick ‘Alright?’ before being interrupted  by a school story or homework- you know what it’s like so, it was a real treat to spend some one on one time together- whatever age you are, its good to spend time with your ma. We ate in the Bistro, enjoyed a drink in the Ambassador Lounge and settled into our seats not really knowing what to expect of Kinky Boots having not seen the film.

Now, let me be upfront- I LOVE the theatre. LOVE IT. I find seeing anything live so thrilling and, as the girls grow up we often opt for experiences over stuff when it comes to birthday or Christmas presents. There’s loads of reasons behind this- the whole plastic issue, the ridiculous rampant consumerism of stuff that no one needs but also- the idea that you can only be what you can see so- showing your kids as many different experiences as possible broadens their horizons; it helps them to believe that they can be whatever they want and I love that.

The premis of Kinky Boots very much fits that theme; it is about accepting people for who they are and, more than that; accepting yourself for who you are.

The show is set in Northampton, not your typical musical backdrop but the town has a long history of manufacturing shoes. Just one of the useless bits of trivia stored in my brain is the nickname for Northampton Town Football Club- The Cobblers-because the team was originally born out of the workers in the shoe factories. YES- This is what being married to a football geek does to a person! 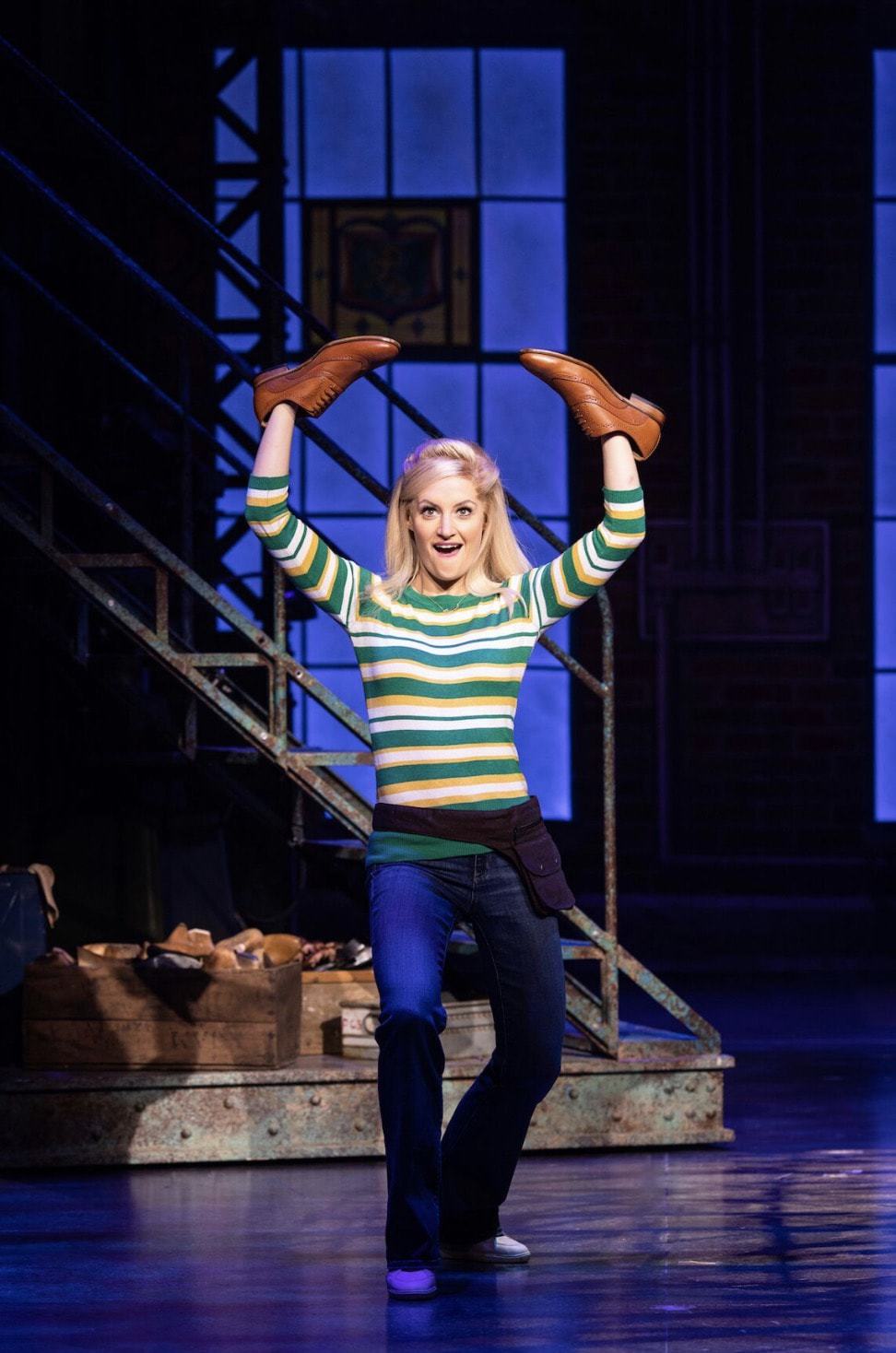 The set was fairly simple which worked perfectly as the dancing stole the show- particularly the ‘Everybody Say Yeah’ scene which closes Act One. Dancing on a treadmill in 6inch heels is not to be sniffed at. I should know; I have fallen off the end of a treadmill in a packed out gym wearing shoes designed solely for the purpose of running on a treadmill so I was in genuine awe!

For me the best thing about the show was Lola played by Kayi Ushe. He was amazing. Beautiful voice a fabulous swagger and emotion in all the right places. He is definitely destined for greatness. It is difficult for me to say much more without giving away the story but suffice to say I thought it was really fun with the right level of emotion and the message will strike a chord with many- Accept yourself, and others for who they are.

If I was to be critical, I think that the second act could have been a little more drawn out. It felt, to me at least, that once the shoes had been made it was a little bit- that’s that then, alls well that ends well and I reckon there’s more that could have been explored but, that is a teeny point. I was also very sad not to hear the actual Kinky Boots song but, as I say these are not big issues! I loved it, my mum loved it and I would definitely go back with a gaggle of girls for a great night out.

Kinky Boots is on a tour of the UK at the moment and is at the Liverpool Empire until Saturday 6th April, there are still tickets available from £15 so, if you’re wondering what to treat your mum to this Mothers Day I’d strongly suggest you search out your Kinky Boots and strut on down to the Empire- but mind those cobbles in your heels!