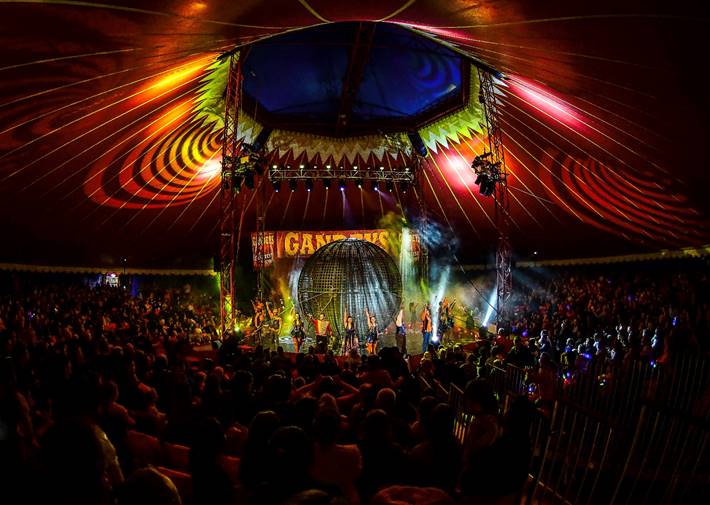 Gandeys Circus is one of the biggest and best known touring circuses in the country and when they invited Mini Travellers to review their new show at Aintree racecourse- called Unbelievable; we couldn’t wait.

Circuses have always fascinated me; ever since I was a little girl and the fairground rolled into town each August, taking over the market place usually reserved for the weekly cattle auctions. Every Bank Holiday weekend the caravans and wagons would arrive bringing with them a totally different feeling, a buzz of excitement. The circus people and fairground families had a swagger and a confidence and the whole thing just felt so different, so exotic, so far removed from every day life, so full of excitement and possibility. After a month of haymaking it was a very welcome change, it was intoxicating!

They fell out of favour for a while due to concerns over animal welfare but The Greatest Showman along with programmes like Britain’s Got Talent, seems to have reignited the passion for performing and Circuses are back!

We were definitely less keen when the day arrived- the weather was wet and cold and, following a week of heavy rain I was concerned that the course would be waterlogged and muddy. I emailed to check but was assured that the show would still be going ahead.

On arrival the grass where we parked was fine but as more vehicles arrived it did become very muddy and a few cars did get stuck and need pushing but we didn’t have any issue which I was grateful for as it was very windy and cold. The big top was huge and well heated though so despite the wind and rain we were cosy and there were plenty of staff on hand to direct us to our seats as well as sell popcorn, face-painting and everything you might expect.

The theme of the show was 80 days around the world and the whole performance was based around the audience being taken on a tour of the world in 80 minutes from Victorian England through the USA, South America, Bollywood and Africa featuring an international cast of over 30 performers some, like the winners of India’s Got Talent, were making their international debut.

The show started with ‘Laser Girl’ which was a fantastic opener- a strobe light show set to music so do be aware, if any of your party have epilepsy or seizures there is a lot of flashing imagery and moving lights in the first act but minimal once that is over. After that is was act after act of incredible acrobats and contortionists WOW- what some people can do with their bodies just blows my mind!!!

I feel bad that I didn’t clap more but honestly- I was just so shocked that I was either covering my mouth or my eyes or watching the girls who were absolutely engrossed. Watching the faces of the kids (and adults) in the audience was brilliant- we were all spellbound by the daring acts- in the car on the way home we discussed our favourites; I think mine was the Motorbike Thunder Dome. For Han it had to be Eclipse, the roller-skating duo. Bethan said it was a toss up between Cuban Twist the acrobats and the epic space wheel. Mr L made me cry with laughter as he explained how he couldn’t choose any because he can only dream of mastering a forward roll so all of them in his eyes were incredible!

Our two minor criticisms are: the ring master was without a top hat- surely that is illegal or at the very least against the circus code of conductor something?!  And, secondly, whilst the music for the acts was really good- thank 90’s dance and 00’s pop- it stopped abruptly between performances which sometimes made the transitions feel a bit clunky but, given that Han said it was so good it felt as though she was dreaming, I think they got away with it! Gandeys Circus was every bit as magical as I remember the circus as a child and I know that our girls, and Mr L will remember it just as fondly as I always have.

Gandeys Circus is on tour until early June- check the website for details. 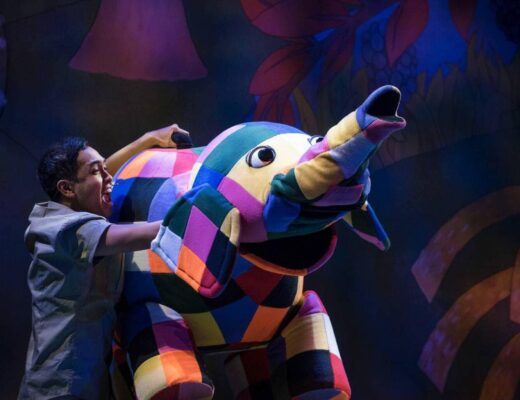 Review | Elmer the Patchwork Elephant at The Lowry 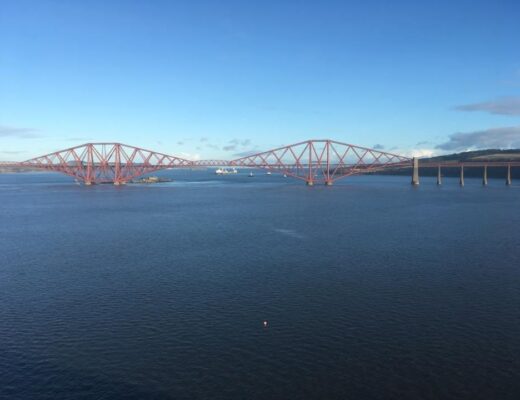