At February half term we had a brilliant 4 days in Lisbon with Martinhal Family Resorts and Apartments.  Compelled to return to Portugal at February Half Term after a fantastic February trip in 2016 to Martinhal Sagres and Quinta , together with very cheap flights (£250 return for 5 with Easyjet) we were not disappointed.

It was a very early morning flight out of Liverpool on the Sunday.   Thankfully we had pre-arranged chauffeur parking with SkyparkSecure so it was less painful than it could have been and the early flight also meant we arrived into Lisbon and to our apartments (after a seamless collection from the airport with pre-arranged Martinhal transfers) by 11.30am.   We were ready to start the day.

Tip: Btw if you book a Martinhal transfer just let them know the ages of your children and they will have age appropriate and safe car seats in the car.  They might have water, movies and wifi too – ours did!

My first thought on arriving into Lisbon, after ‘oh my look at the sun’, is ‘blimey it is hilly’  I was glad we had left our visit to the city of Lisbon until they could walk up the hills themselves and I wasn’t pushing a double buggy! 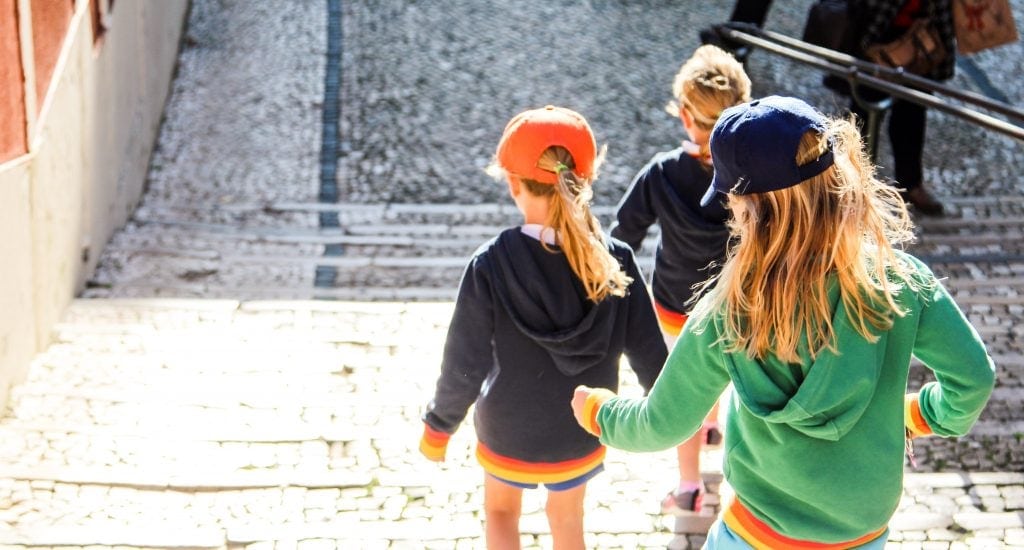 On arrival at Martinhal Chiado we were helped out of the car with ours bags and welcomed warmly by the waiting reception team. This was not special treatment for us as we saw many arrivals during our few days and all were greeted as warmly and as kindly.

Within possibly seconds, my three had spotted the kids club to the left of reception, they had their trainers off and had run into the club with shouts of – we’ll just be in here for a bit Mummy!  This makes checking in really quite a pleasant experience during which we could actually process the information we were being given rather than smiling politely and not actually listening because you’re trying to stop three children interrupting you with – can we go to our room now Mummy 14 times.

The kids club as you can see is pretty special. What the photos don’t show is how huge it is. I’ve seen smaller kids clubs in places for hundreds of kids.  I was very very impressed. They even had a climbing wall! 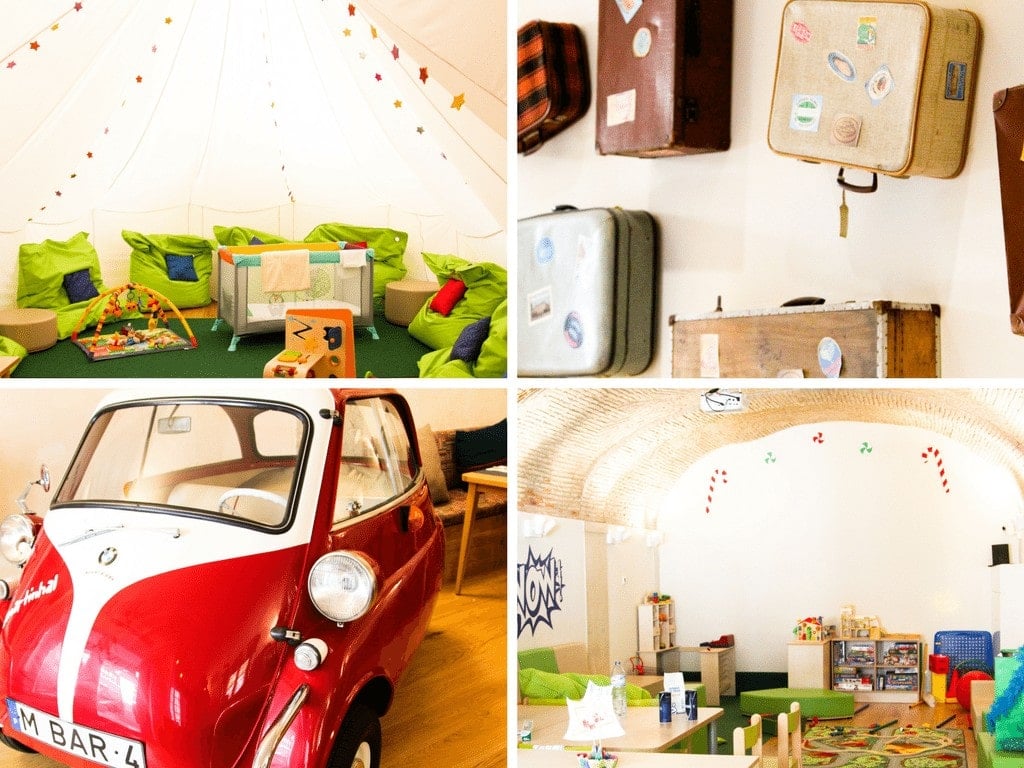 Our room when we arrived was not actually room at all, it was a huge two bedroom apartment with lounge, dining table, a kitchen and two bathrooms! With huge floor to ceiling windows, a balcony and a view to the sea, I was blown away! 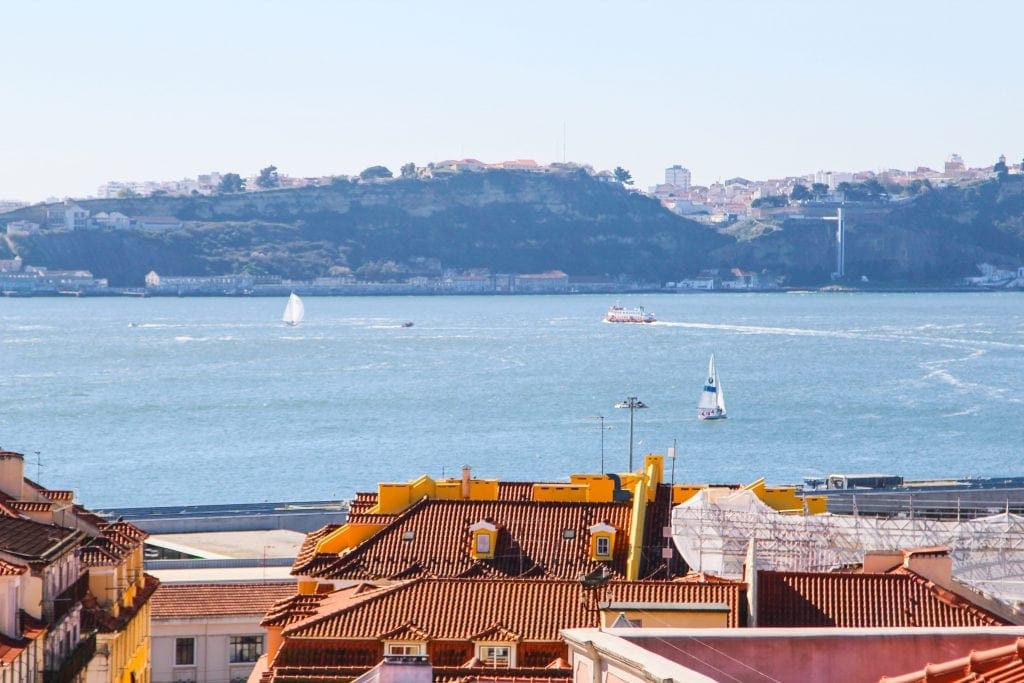 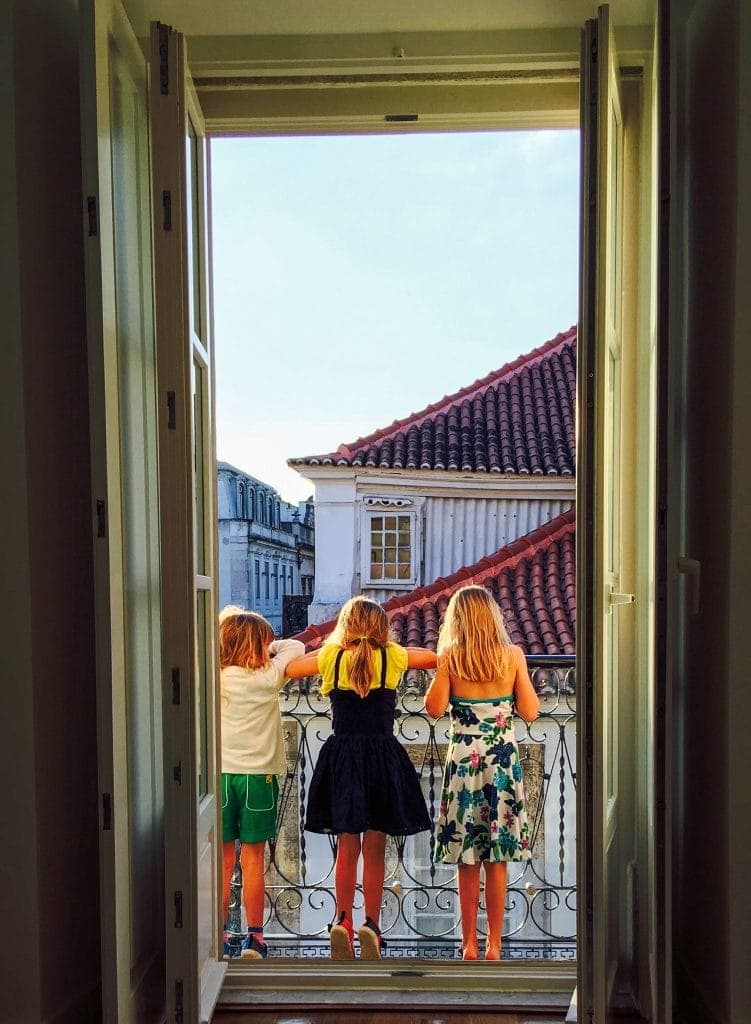 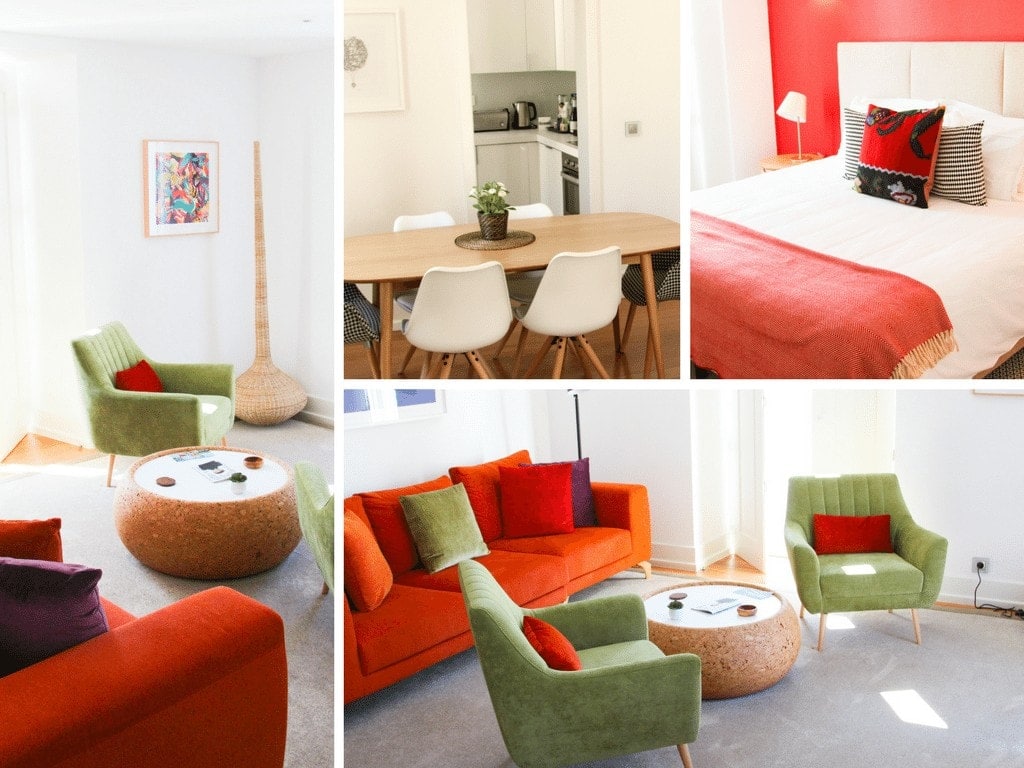 If you’ve visited Martinhal at Sagres before you’ll recognise some of the same pieces have made their way to Chiado.  The cork tables, the Portuguese art on the wall and the exceptional style.  The girls were beyond excited that there were bunk beds in their room and then crushed because we were only staying two nights so only two of them would get chance to sleep on the top bunk (these things are important when you are 5 and 6 I find!) However all was not lost as the clever design of the bunk beds in the kids rooms means that they can be folded up when not is use.  The bedroom actually slept 4 and the other top bunk was easily pulled down! Phew!  The kids flip flops and hats were also a hit as you’ll see from my pictures! 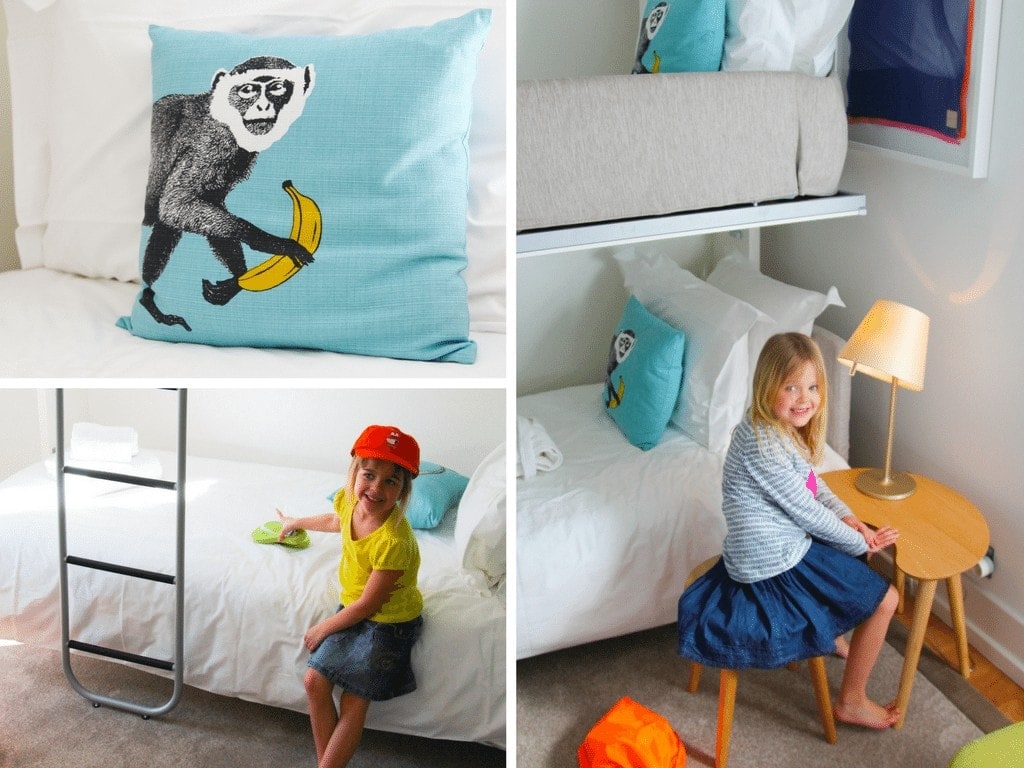 If you want or need something a little smaller, there are rooms of all sizes at Martinhal Chiado. One bedroom apartments, studios, double rooms with room for a cot. All equally beautiful with kitchens, coffee machines and a welcome pack.

After settling in we made our way out of the apartment and into the beautiful Lisbon sun.  The staff on reception had recommended the Time Out Market down towards the sea front so we made our way down there for some lunch. Whilst there are so many amazing places to eat in Lisbon and we didn’t eat in our apartment, one of the fantastic benefits of staying with Martinhal in Lisbon is that you can eat in if you’d like to as there is a full equipped kitchen and yes there is a Nespresso machine too. Good coffee is a holiday essential.

Anyway back to the Time Out Market.  This place is pretty special and I wish we had something like it more local to us in Manchester or Liverpool.  There was literally something for everyone.  I loved how there was no restaurant branding, a far cry from the food courts in shopping centres in the UK with their McDonalds and Nando signs in abundance.  We ate lunch, smiled a lot and then set off to explore. 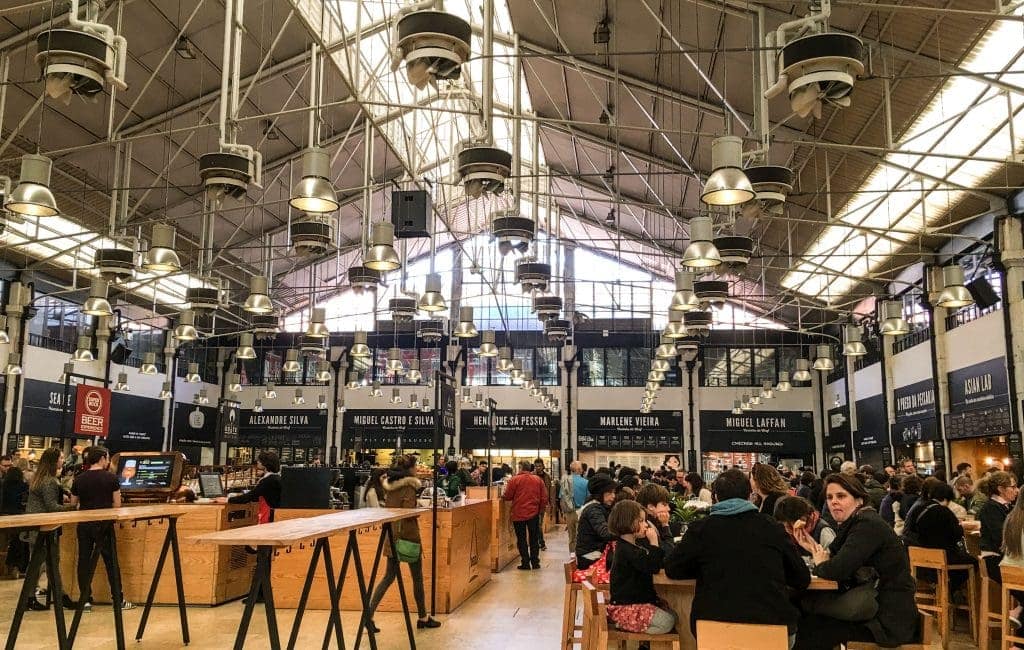 The first thing we found down by the sea was obviously ice cream. You can’t be on holiday and not eat any I find.  My three had had an early morning and so we decided right then and there that we wouldn’t rush round trying to fit in everything Lisbon had to offer in 48 hours, we would be back and so we would do this trip slowly and soak up the moments.  Queue a long sit, staring out at the sea and eating ice cream, it was fab! 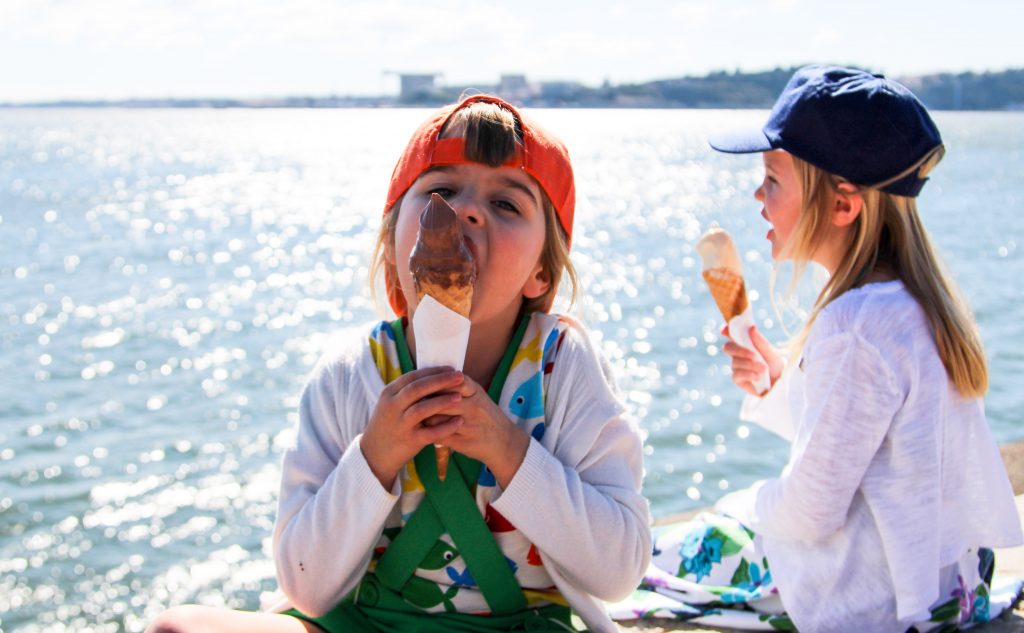 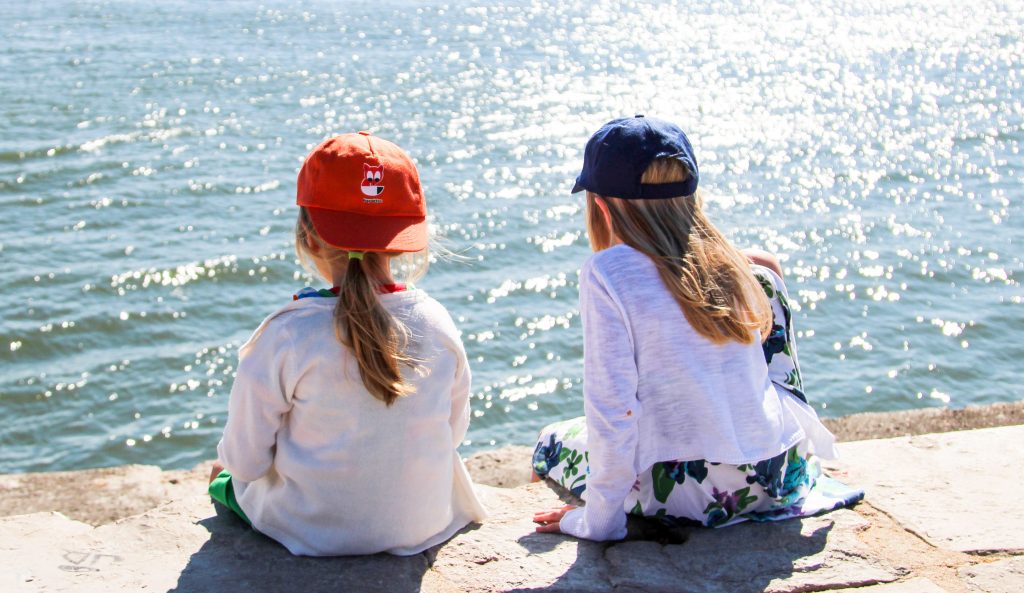 Moving on reluctantly from our ‘sit’ we meandered along the sea front and up towards the square where we thought we were going to get the No28 tram up to Sao Jorge Castle (St Georges Castle).  The tram stop proved not to be in the square but it did give us the opportunity for a toilet stop (where you could choose your own coloured toilet roll (!) and take it into the loo with you! Clearly something my three loved doing!

The trip on the tram was exciting, due to it being completely overcrowded, and a little bit rackety. Lack of space shouldn’t mean you can’t sit down when you are 5 so my three took up the very kind offer of two elderly ladies who let them sit on their lap all the way to the top! 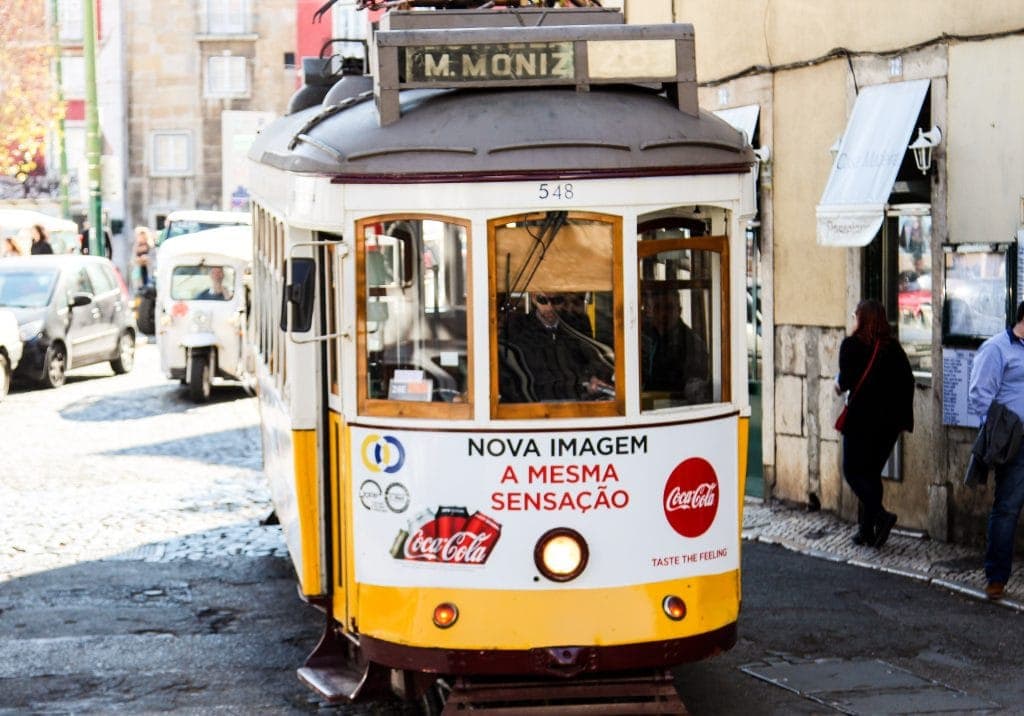 St Georges Caste had some spectacular views over the city and would definitely be worth a return trip one day.  As it was we enjoyed a mooch round, saw some spectacular peacocks and continued on our journey through the streets of Lisbon. 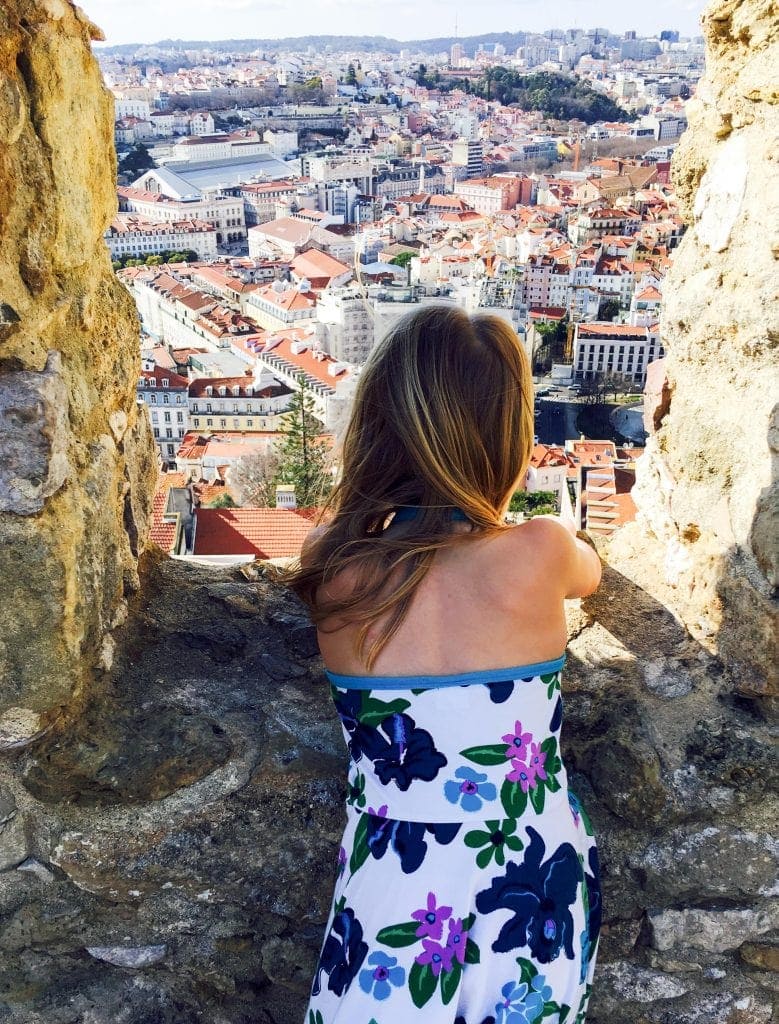 An early start and a hilly walk through the streets meant that by around 4pm my three had just about finished with their exploring.  We persuaded them to walk back to the apartment rather than grab a cab with the reward of kids club at the end!  So we arrived back to Chiado at around 4.30pm leaving an hour for them to play and an hour for us to grab a glass of wine in the bar below and gaze out at the sea! 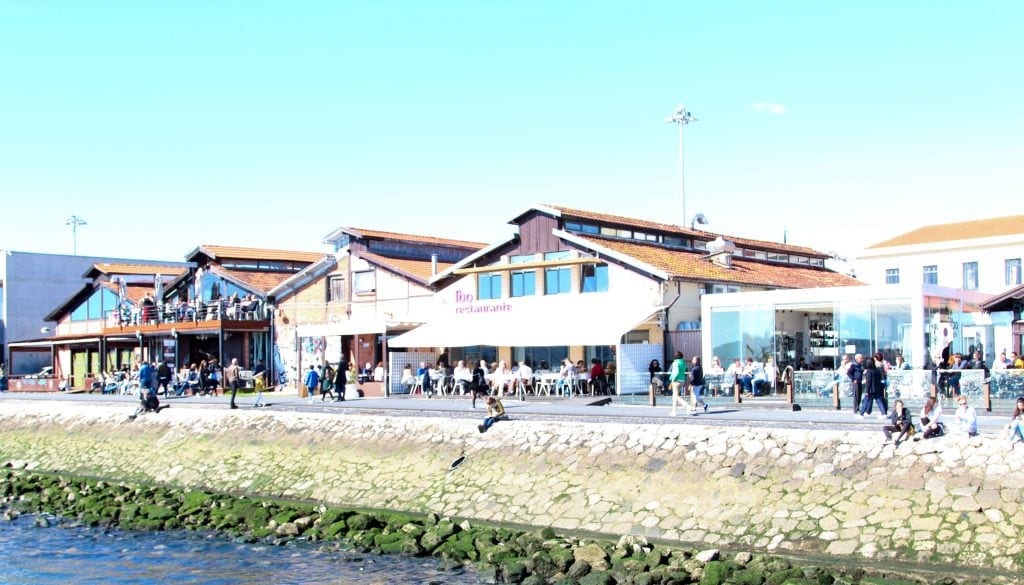 After a fab dinner it was an early (ish) night for my three having been up at 4am, but the beauty of the apartment was that we could sit in the lounge with a bottle of wine rather than having to sit in the dark in a small hotel room!

Martinhal Chiado also has all the benefits you would get in a hotel, including a hotel breakfast which you can have in the M Bar (or for a small additional charge you can have it brought up to your room).  The kids loved ordering their eggs (any which way you like them) croissants and juices, whilst I have to say I got a little addicted to the coffee and the Portuguese custard tarts.  There was also a car to play in, in the restaurant – as you do! 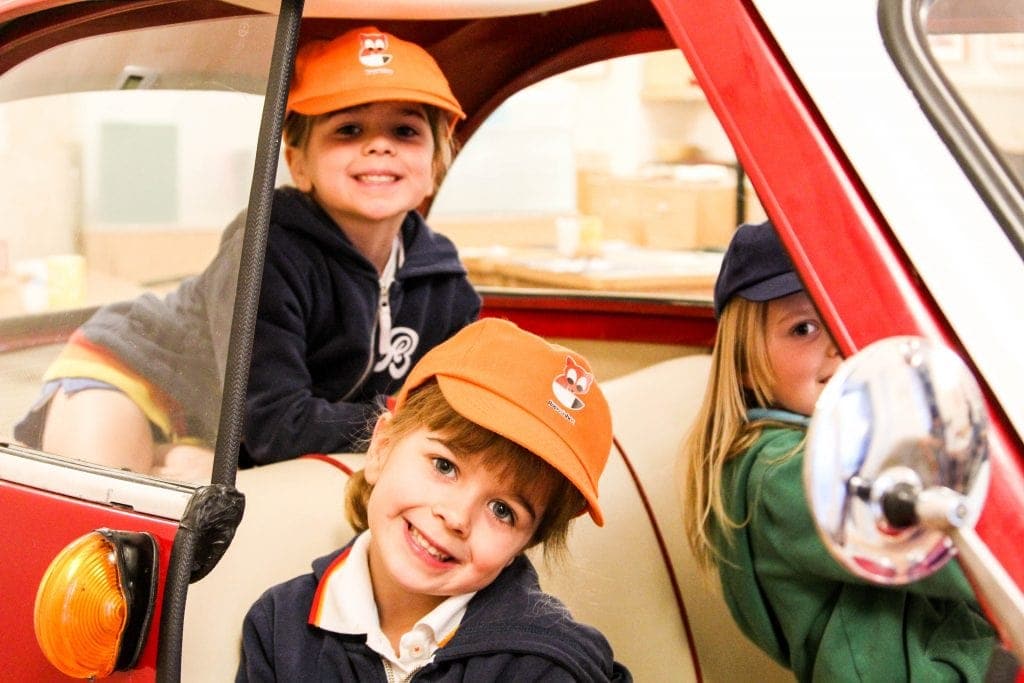 After our substantial breakfast our second day in Lisbon was spent on a day trip to Sintra and you can see exactly what we got up to in the video below, a blog post will follow too with some tips!

By the time we got back from Sintra it was close to 5.30pm and we had booked the kids into pyjama club at Martinhal. What a treat it is to have a kids club in the middle of the city so you can go out for dinner.

Martinhal Chiado is perfectly located in the heart of Chiado, and even more perfectly located across from the road from a really fab wine bar with wine bottles all over the roof! Due to the kids being in the club from 5.30pm we went out for pre-dinner appetiser and aperitif at By The Wine! How civilised!

Having a pre-dinner drink in @bythewine_jmf before dinner with hubby. Kids have skipped off to pyjama club @martinhalfamilyresorts for their tea and we are out to enjoy the gastronomic delights of #Lisbon those are all (!) wine bottles

We then went on to dinner at Bairro do Avillez, a José Avillez restaurant.  José Avillez, is one of the most renowned chefs in Portugal and he currently owns five restaurants in Lisbon. Helpfully if you are staying at Martinhal Chiado all are within walking distance.  The food, particularly the seafood, we ate that evening was absolutely superb – we loved it! Clearly so do others. It was a Monday night and the place was buzzing.

We returned home to collect our Mini Travellers from pyjama club and we all crawled into bed at the same time. The miles we had walked during our day at Sintra, and maybe the food and the wine had taken its toll!  A fantastic couple of days.

Sadly the next morning we had to leave Martinhal Chiado as we were heading off for 2 nights at Martinhal Cascais [review to follow!] (just over 30 minutes away).  We had had an amazing time in Lisbon and will definitely be back – maybe even next February half term!

Here are 10 of the best things to do in Lisbon by a local!

NB: We were invited to stay at Martinhal Chiado but all views and opinions are our own.

Wow, This is so cute. I really want to say thanks to you for sharing such a beautiful experience of your trip.

Wao, It sounds like a fantastic holiday and your experience of this holiday was amazing. I also wanna say that pre-booking car parking during these holidays is also a good factor in enjoying many things.

Hi, Trips with families are always the most memorable moments of our life. Time spent with the family is the best time we ever had in our life. To take the stress our in these trips pre-booking of car parking is also very best option.

Travelling with family to beautiful places are always our best experiences of all the time. Pre-booking hotels and car parking is always helpful in family trips saves a lot of time and stress.

That's so funny! We arrived at Chiado today and went exploring - found the Time Out Market and have earmarked it to go back tomorrow for food and drinks, and then I read your review and you went there too! The wine bar looks good too!