On Saturday, we were lucky enough to be invited to The Storyhouse in Chester to see the amazing Dinosaur World Live.

We love this theatre, I think it’s been done brilliantly, is a good size where it still feels intimate and has great facilities to keep the kids occupied if you arrive a little early.  They also have a superb range of family shows; in fact we’re back there next week for Gangster Granny! 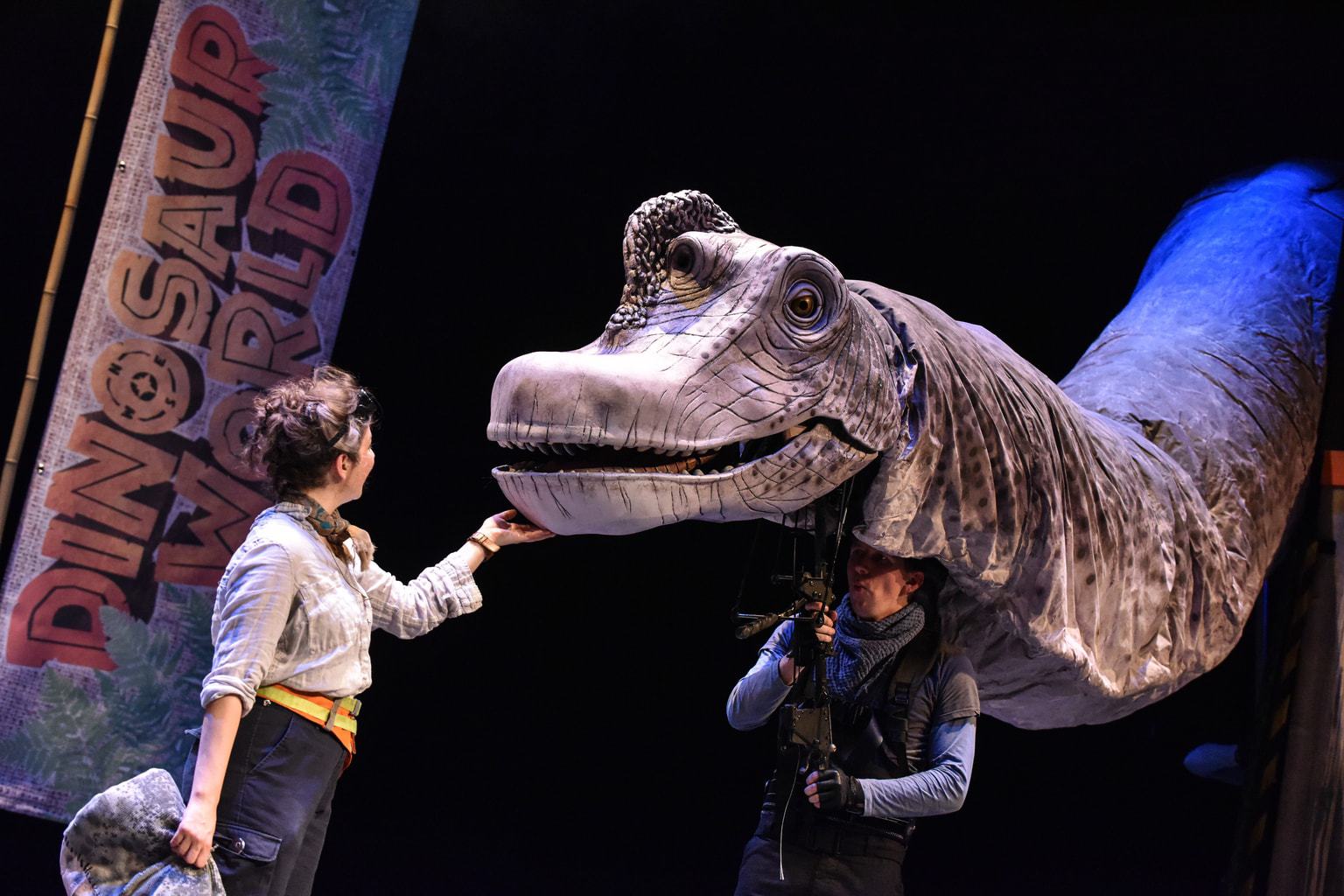 In eagerness of the show, our youngest (aged 5 ½) wanted to make a dinosaur flag … who am I to decline such a request?  So as we made our way to the show, he was happily waving his latest artwork attached to a hazel stick!  The show is aimed at families with children aged three plus, so myself and my husband with our two boys aged 5 and 7 were the target market.  We took our seats and waited with anticipation for the show to begin.   Looking around there was a good mix in the audience and although I didn’t see many young ones I was pleasantly surprised to see children up to about age 12.  The stage was set quite simply with a few large wooden boxes strategically positioned and warning signs of what potentially lay behind them.  Then Miranda suddenly appeared.  She talked us through how her parents were palaeontologist, and while growing up they lived on an island off South America discovering and learning more about dinosaurs.  They decided to bring some of the dinosaurs back to the UK and help to educate us in this rare species. 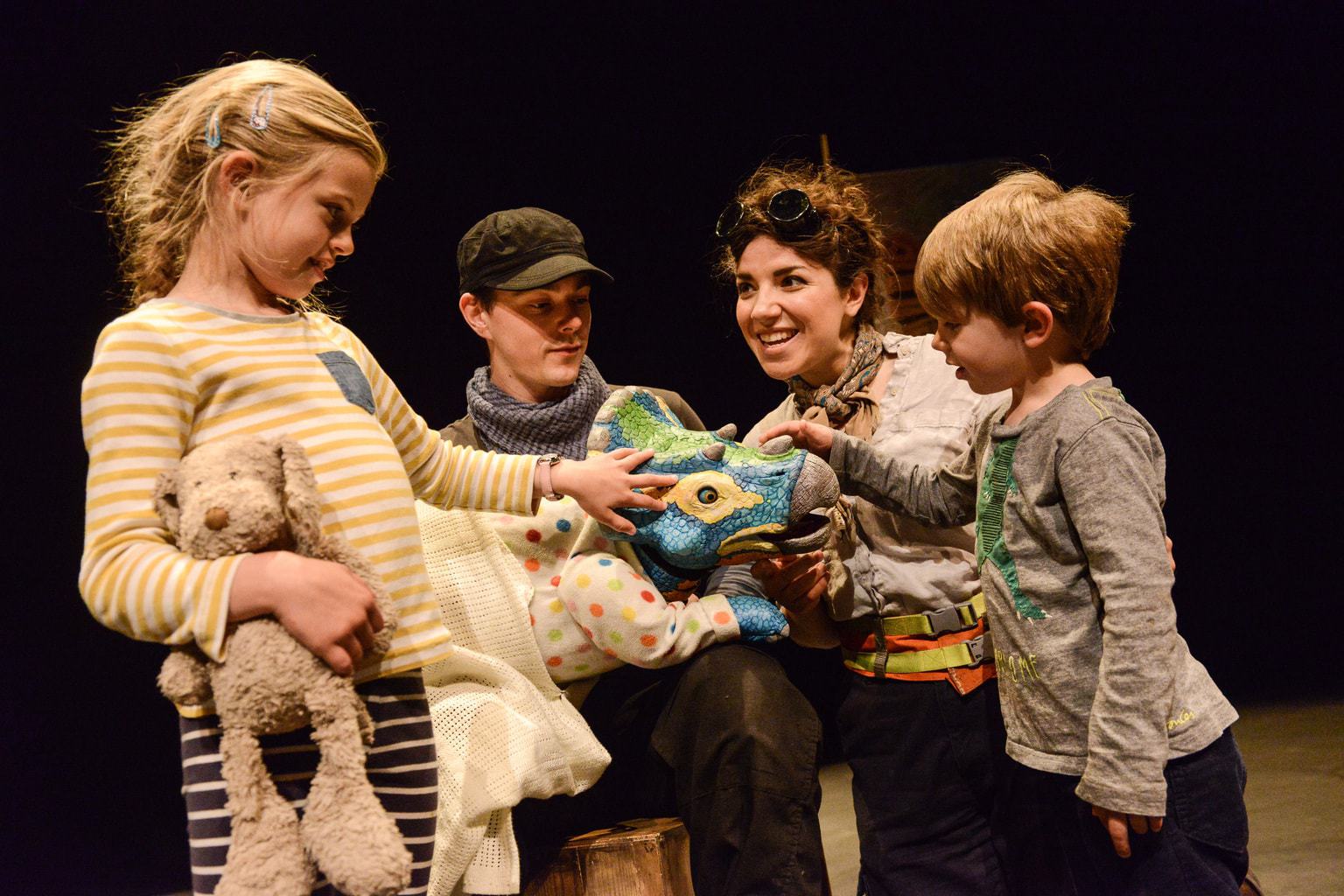 The show then continued the story and worked through six different dinosaurs telling us interesting facts and getting children from the audience to go up on stage to help tend to the dinosaurs.  Now at this point, I should tell you the dinosaurs aren’t actually real … they are the most amazing puppets you have seen.  They were (I assume, as I’ve never met any in person) life size and looked very realistic complete with the sometimes intimidating sounds and noises they would make.  Towards the end of the show the largest dinosaur was ‘released’ on stage, along with smoke effects and it was superb, with both boys immediately declaring it their favourite!  My personal favourite was the triceratops which I thought was brilliantly detailed.  After the show there was an opportunity to meet some of the dinosaurs, which was a brilliant idea, but inevitably ended up in children chaos! 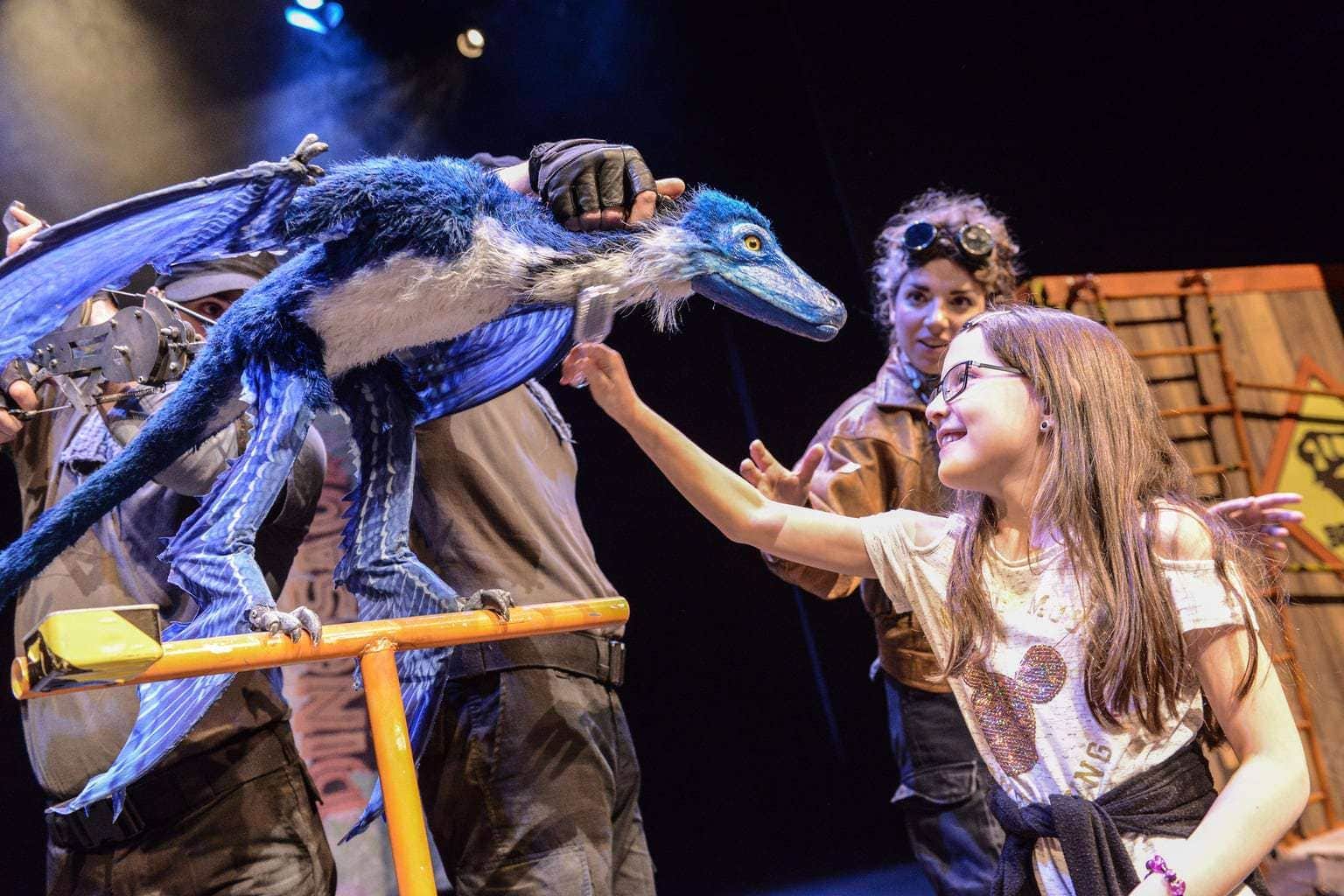 So, what did we all think?  Well the puppets, it goes without saying, blew us all away – the detail was fantastic and with the sound effects, you got a great impression of what they might have been like.  Miranda was very energetic and held everyone’s attention, she was fabulous with the children she invited up on stage and you could see she immediately put them at ease … which is impressive given their close proximity to the dinosaurs!  When I asked our boys about what they learnt, they didn’t seem to think they had found out much new information (they knew a reasonable amount about dinosaurs!) so I think there’s an opportunity for more unusual facts so you come away feeling like you found out new information.  Our overall impression was a hit, a great interactive show for all the family!  However, let’s face it, it’s not me that the show is aimed at, so to hand the final words over to our youngest …“I really enjoyed the bit where the big, big dinosaur came through the smoke” … and what could excite a child more!

Dinosaur World Live is touring the UK ending with a month of shows at London Regent’s Park Open Air Theatre in August/September. For more information about the show: http://dinosaurworldlive.com/ 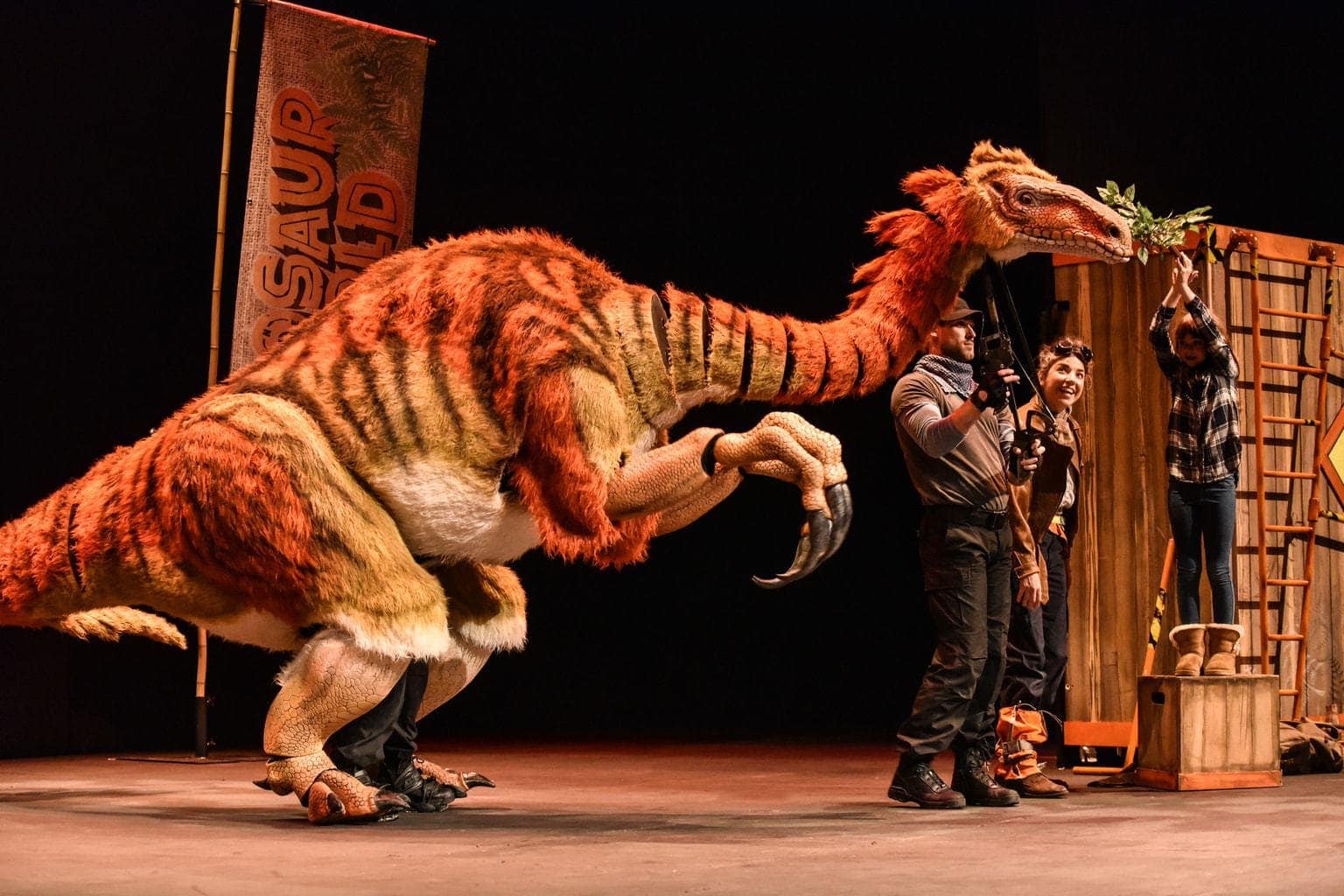 Chester Storyhouse has a fabulous line up of family shows throughout the year.  Next week they present Gangster Granny, and throughout June they have a terrific summer show …  Swallows and Amazons.  We can’t wait for those two! https://www.storyhouse.com/guide/theatre

We were given complimentary tickets for the show, but my view are all my own.