Well what can I saw about the award-winning Avenue Q which I saw last night at the Storyhouse in Chester save for the fact that it was absolutely incredible and if you haven’t seen it already you should book tickets and go. Honestly I could leave it there – you should just take my word for it and book tickets – but I won’t – I’ll try and explain a little what it’s about.

I was told ‘South Park meets The Muppets’ which in fairness it is, but it is also so much more.

BUT BUT BUT please do not take the kids – Avenue Q is most definitely not for kids!

Following five years in the West End, with sell-out runs worldwide and smash hit tours in 2014, 2015 and 2016 (packed with mischief, bad behaviour and political incorrectness!) the Tony Award-winning Musical, Avenue Q, created by Jeff Marx and Robert Lopez, Co-creator of Book of Mormon and writer of the songs for Disney’s Frozen, is an irresistibly charming tale of the loveable characters on a downtown New York street trying to make sense of life’s burning issues.  With a cast of 11 hugely talented performers and puppets, Avenue Q is the musical like no other. It’s literally puppets on stage being completely inappropriate and somehow getting away with it. I saw people of all ages literally crying with laughter,  tears were streaming down the face of the man next to me, and I hiccuped at one point such was the enthusiasm with which I was laughing.

It feels so wrong to laugh at songs titled ‘Everyone’s a little bit racist’ but somehow it’s ok.  Trust me you’d have to watch it to see why. 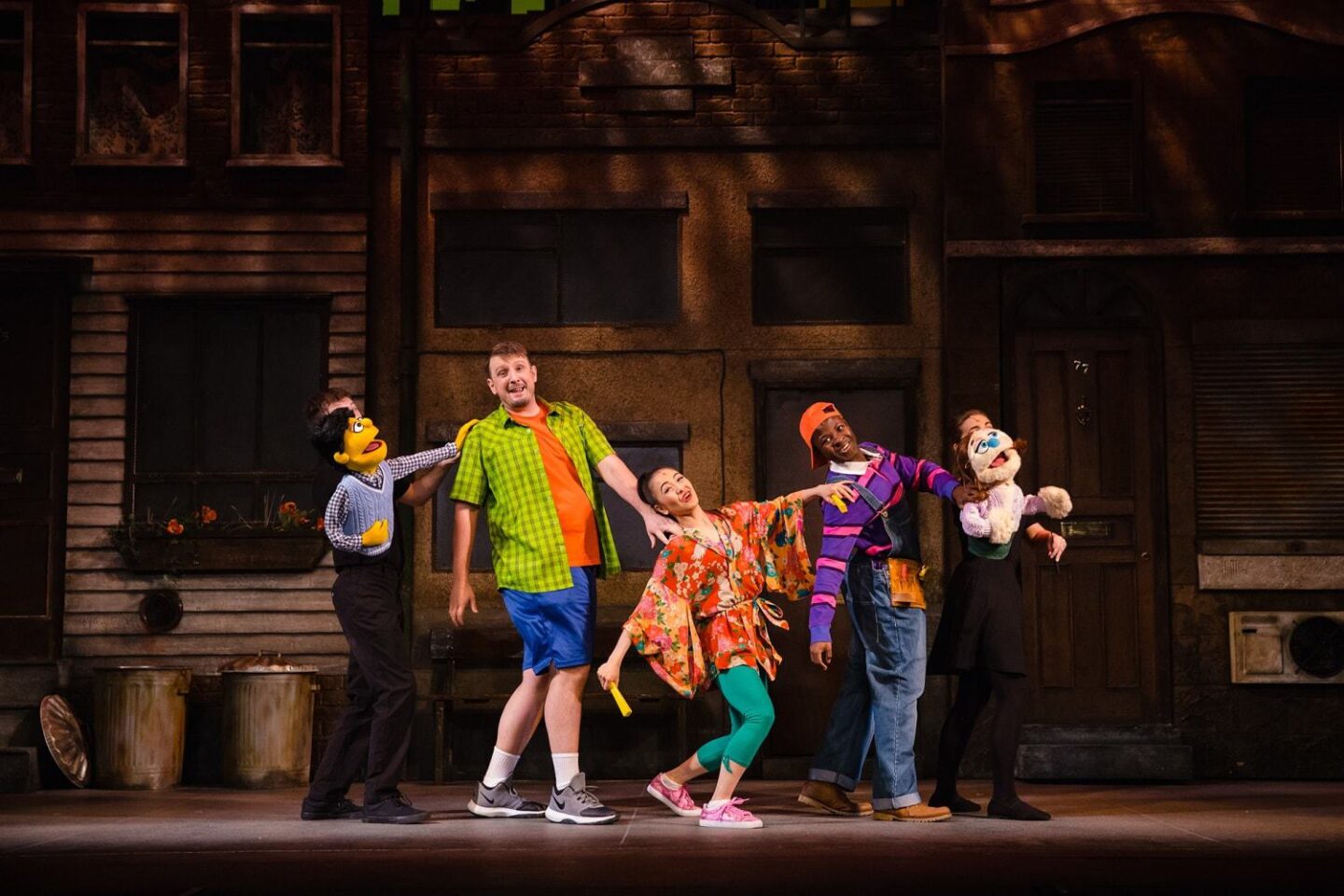 The characters of Avenue Q are a varied bunch.  There is Princeton (played/held by Lawrence Smith), a bright-eyed puppet who arrives in New York City searching for his purpose but with no money to find it. There is Brian, an as yet undiscovered comedian with a big heart and his crazy Asian American (definitely not Oriental) fiancée called Christmas Eve; both played with a lot of heart and fun by Oliver Stanley and Saori Oda. Nicky and his closet gay Republican roommate Rod make you sob a little with Fantasies come true. Whilst Trekkie Monster makes you guffaw literally out loud with the catchy song ‘The Internet is for Porn”. 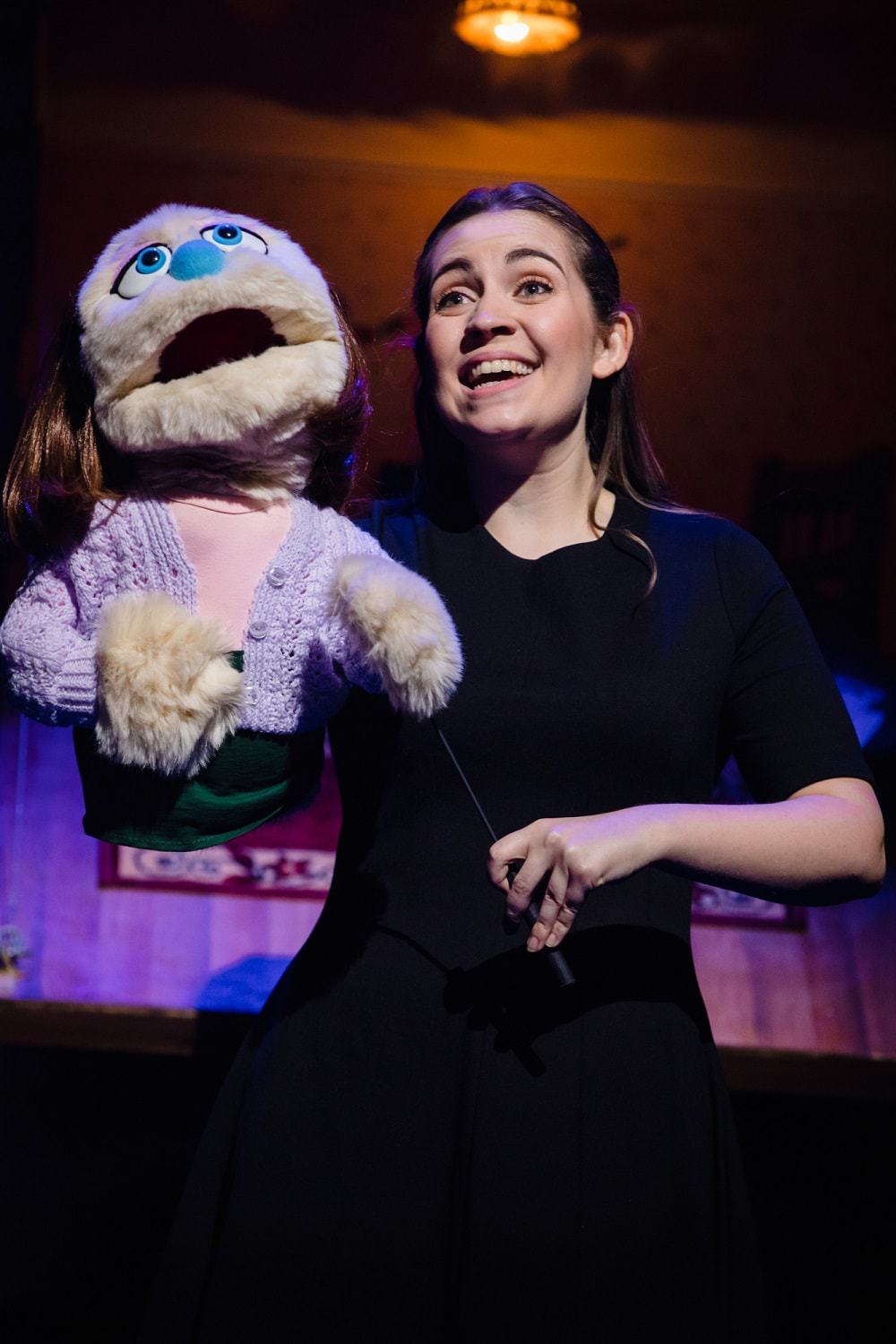 Lucy the Slut and a very cute Teaching Assistant Kate Monster both played by Cecily Redman stole the show. I adored both characters and Cecily played both so incredibly well.  The scene with the puppets engaging in frenetic and varied sex before collapsing in a drunken stupor shouldn’t work but it really really does.

The story ends up a little too perfectly for me, with everyone pairing off and finding true love. I don’t think Avenue Q needed that ending to work but as I wandered off into the evening trying to recall how to say Schadenfruede (you’ll have to google that) I resolved to tell everyone I could to go and see it. I bloody loved it!

Avenue Q is on a national tour and on at the Storyhouse until Saturday.