Watching The Bodyguard with Alexandra Burke last night at the Liverpool Empire for Press Night has inspired me to listen to the soundtrack to the original film with Whitney Houston and Kevin Costner.  The review is taking longer than it should to write as I’m belting out tracks (all of which I seem to know off by heart) but thankfully no-one is in!

I watched The Bodyguard with Alexandra Burke with a real sense of anticipation. I watched The Bodyguard a lot in my teens and seem to recall having a bit of a thing for Kevin Costner so it’s no surprise that I was a little bit excited. I was also giddy at the thought of watching Alexandra Burke play Rachel Marron as she’s played the character more times than most and had a really successful West End run with the Bodyguard, along with more recently Chicago and Chess.

If you don’t know the story behind The Bodyguard, or probably more likely you’ve forgotten it, then here goes. This musical mainly follows the plot of the film–a famous singer Rachel Marron has a stalker which means she needs a new bodyguard (Frank Farmer, played by Benoit Marechal). She doesn’t want the Bodyguard, then she does, then she really does, and then it ends. The plot isn’t quite as limited as that, we do see the struggle as she tries to balance parenthood with singing and the relationship between the star and her sister Nicki (Micha Richardson) but the film as with the musical has always been more about the music than the plot.

It’s one of those shows though that means this doesn’t matter. From the first time you see Alexandra Burke dancing and belting out ballads on stage you are hooked.She really is a fantastic singer and a confident performer.  In those scenes when she shares the stage with Micha Richardson and her son Fletcher, who on press night was played brilliantly by Jesse Oniha, you are singing along (in your head) and beaming from ear to ear. It’s a wonderful combination and make for properly feel good moments. Micha Richardson is excellent in her own right and there have I know been calls for her to take the lead. 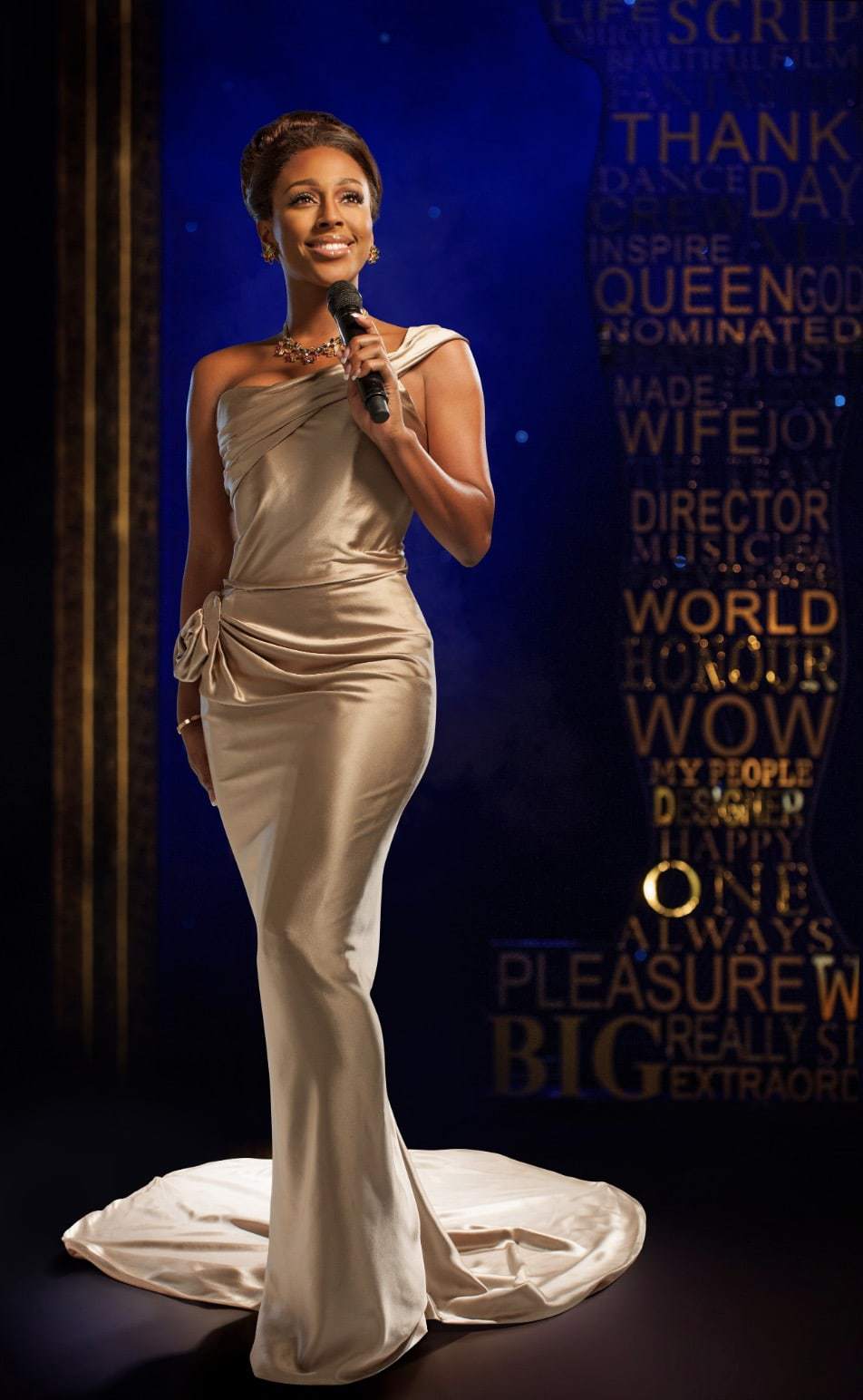 Yes there were things in the show that didn’t at times feel right. I wasn’t a huge fan of the chemistry between Marron and Farmer, mainly as I felt Marechal was a little wooden, and rather than being un-nerving the scenes with the stalker (Phil Atkinson) brought humour to the stage as he was revealed half dressed causing whoops of excitement from the predominantly female audience. But I loved though the concert scenes and in fact any scenes when the main focus was the ballad or the dance. The excellent use of the sliding-door set, which was dramatically lit was also a real success.

Overall though regardless of the bits that I didn’t quite like, I absolutely loved it, as did it seems the rest of the audience. As the show reached its climax the whole theatre were on their feet belting out harmonies (well trying anyway) encouraged from the stage by Alexandra Burke.

Slightly annoyingly there was an issue with people using their phones to film scenes on stage. Perhaps more so in this show than others I’ve ever seen as it felt much more like a concert and of course you can do that at a live show. The constant attention from the team at the Empire to try and stop people filming was actually more distracting in itself though than the filming. I’m not sure what the answer to this is, but one really needs to be found.

The Bodyguard with Alexandra Burke is on the Liverpool Empire until Saturday 9th March I’d highly recommend that you go along!

I can really see Alexandra Burke in this role, shame about the audience spoiling it, but I can imagine this being a sell out purely because of the music.