The show was Rainbow Magic. The Epstein Theatre is known for the amount of family friendly shows it puts on and this show was no exception. The beauty of The Epstein Theatre is that you will never be far away from the stage, you feel involved in the show particularly if you are sat in the stalls and their snacks and offerings for every show is never extortionate: you don’t feel like you’re being ripped off.

Ticket prices are usually very reasonable too. In the £12 per person bracket rather than £30 as bigger theatre tickets can be.

The premise of Rainbow Magic was that Jack Frost (the baddie) has stolen the colours out of the rainbow and the rainbow fairies and their friends Kirsty and Rachel had to find the fairies wands to wake those fairies, put colour back in the rainbow and save Rainbow Land! 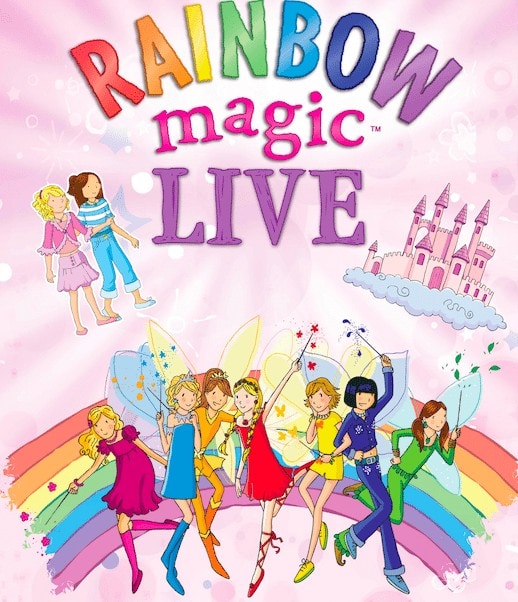 For me the best characters were the goblins. They made my girls giggle out loud. They were a bit silly and cracked some pretty funny jokes.
To be honest the storyline and production quality was a little ropey at times. Lines were fluffed, microphones didn’t work, sets broke and green came into the rainbow when they hadn’t quite found that wand yet, a point not missed by kids. Kids are fairly brutal when it comes to errors that they see and mine asked (loudly) why is that lady dressed up in another colour now?! Is it the same fairy?

That being said my three did enjoy it and would probably go again, it was just not one that did it for me.  However as the target audience was probably 3-7 its aim really wasn’t to impress me was it!

The Epstein really is a lovely theatre and I love to support the smaller venues. Why not book tickets for the Easter pantomime, Snow White and the Seven Dwarves staring James Hill. Tickets start at £12!

NB: We received complimentary tickets to show but all views are my own.