When we were asked to go along to the Unity Theatre to see Kite for Minitravellers, I wondered how my 9 year old twins and their 10 year old friend would react to a production without dialogue. We have been going to the Edinburgh Festival with our twins since they were 4 so we have seen some unusual shows in our time. However, this one was billed to be different as it combined physical theatre with puppetry.

The story is that a young girl whose mum has died, goes to live with her gran in London. It is clear at the start that both the girl and the gran are grieving in their own way and have not connected with each other. It was very emotional throughout but especially at the beginning when the daughter is mourning the loss of her mum. I asked all three children afterwards if they felt sad and they all said that they did and my daughter admitted to being “almost ready to cry”.

The children enjoyed the puppets of the girl and the gran which made an appearance later in the production being operated by two actors who were on stage the whole time. These actors confused the children slightly until I explained that they both represented the wind. In practical terms they were there to move the stage furniture around and to create the special effects such as ruffling the actors’ clothes to look like the wind was blowing them. 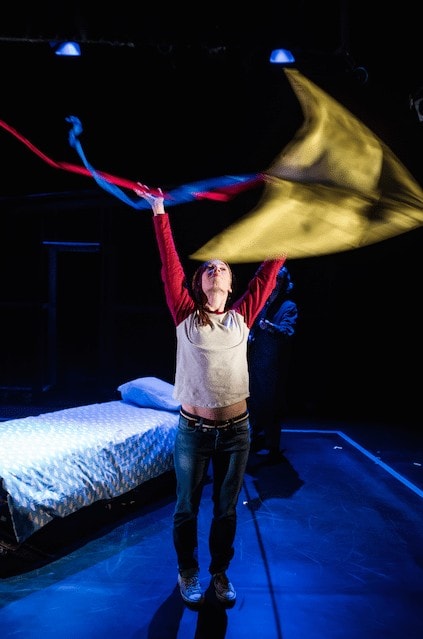 I always love how small theatre productions find inventive ways of portraying action in plays. This was no exception with a frame with neon lights being used to simulate a train journey and the Underground as they arrive in London. All four actors cleverly made you feel that you were watching a busy Underground station. 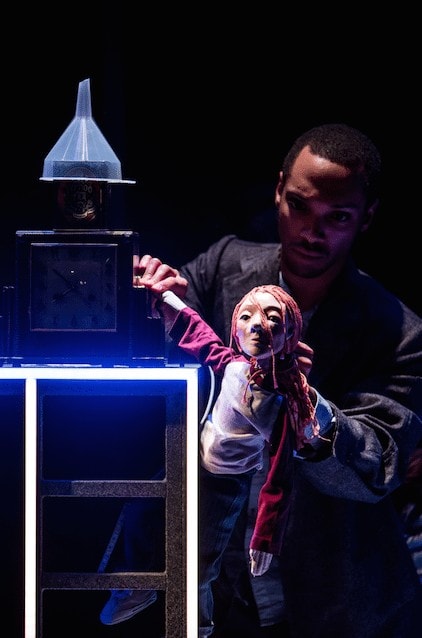 After the show, the audience was invited to come and talk to the cast members and see the puppets up close. My twins really enjoyed this, asking how the puppets were made. It’s clear that a lot of work had gone into the design of the show and the puppets. They were allowed to handle the puppet birds and the gran puppet although I was a very nervous mum at that point in case they broke the puppet – the production still has a number of shows to do! 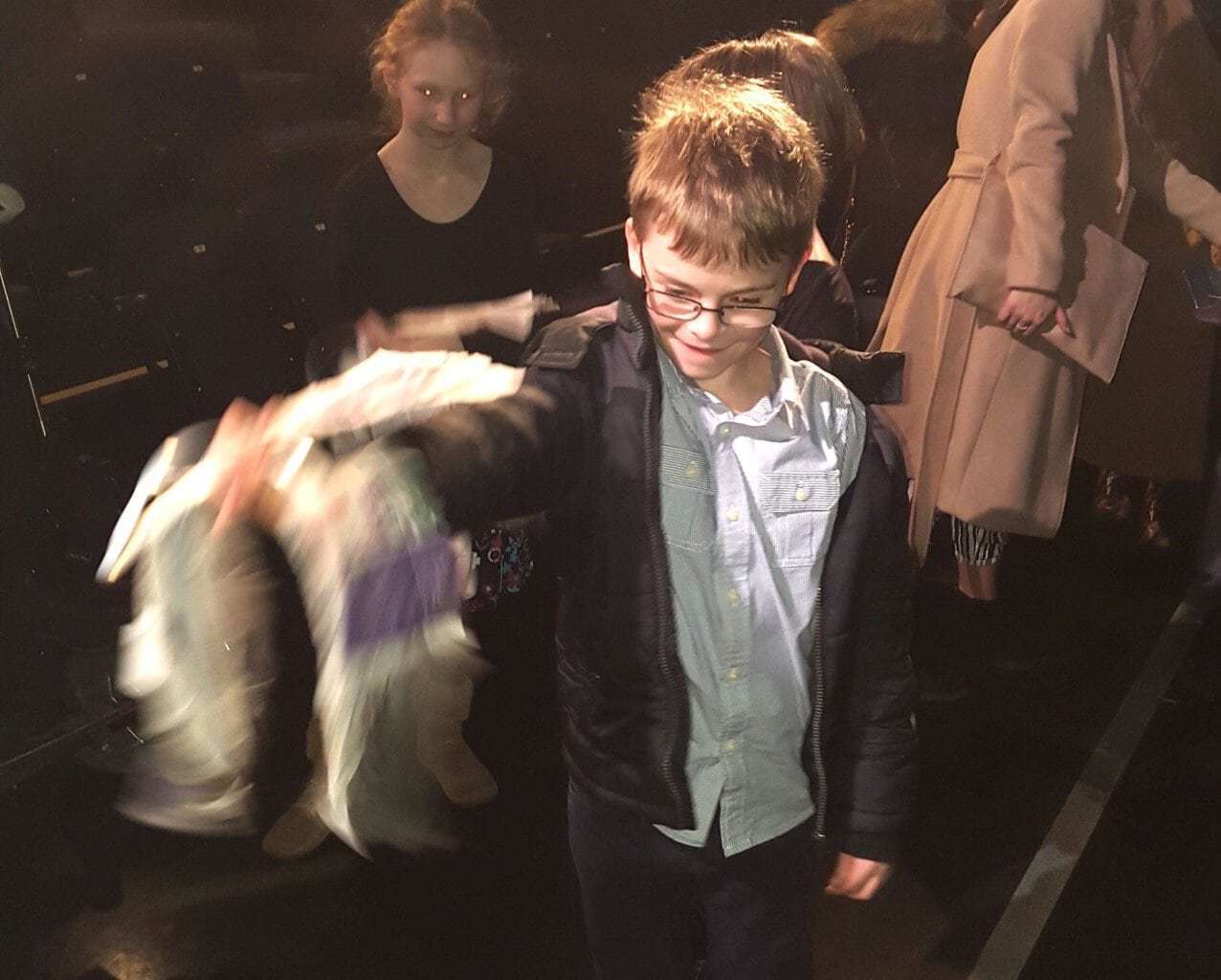 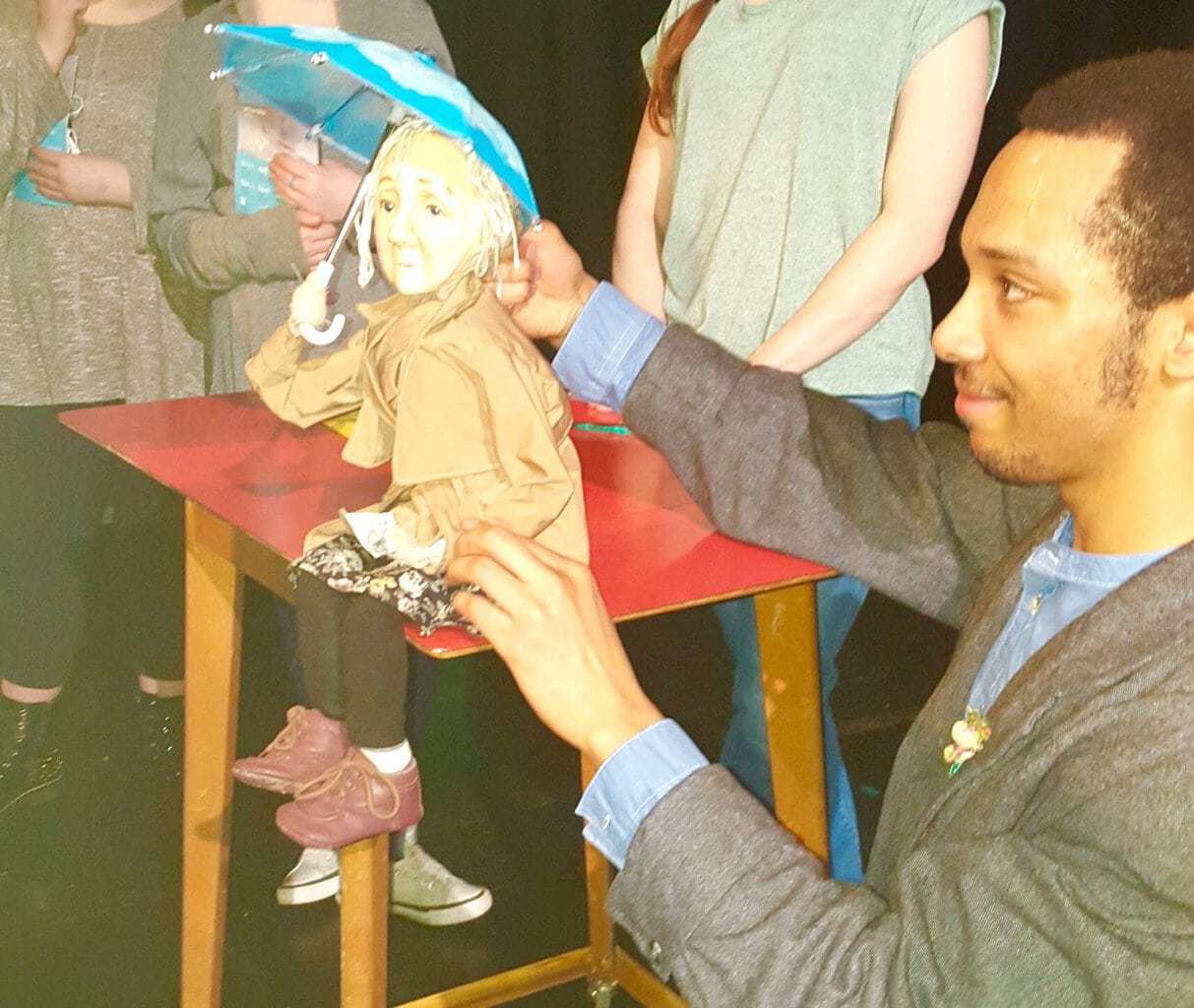 Overall, the children gave the production a big thumbs up for being something different; very thought provoking and a visual treat. My daughter said she felt it might have benefited from a little dialogue to enhance her understanding of it. Although it was billed as suitable for 7 and over, the children felt that anyone younger than 8 would not understand it. My own feeling was that children 11 and over would get the most out of it. Kite is still touring with one more night in Liverpool (Wednesday 16 March), with dates in Canterbury, Ipswich, Bath and back to the Theatre Clwyd in Mold between 7-9 April.

Personally, I also enjoyed my visit to the Unity Theatre. It’s a little gem of a theatre, tucked away in Hope Place, not far from the Philharmonic, with a cosy bar overlooking some of the finest Georgian houses in Liverpool. I hadn’t been there for ages and it’s a good reminder of the diverse cultural offerings that we are lucky to have right on our doorstep.

NB: Mini Travellers were given complimentary entry to the show but all views and opinions as ever are our own.