One of the things my children love to do ahead of a long car journey or holiday is get a new magazine. We had much excitement in the airport before our holiday to Orlando choosing and debating the merits of various different magazines, often based on the gifts attached, but not always sometimes the bright colours or the games are the pull.

The Paw Patrol magazine by Nickelodeon aimed at children aged 3-6 years will come out every 4 weeks and costs £3.99.   This is a £1 more than most magazines we seem to buy so I was interested to see what more you got for your money.

“PAW Patrol, PAW Patrol, We’ll be there on the double, Whenever there’s a problem, ‘Round Adventure Bay, Ryder and his team of pups, Will come and save the day, Marshall, Rubble, Chase, Rocky, Zuma, Skye. Yeah! They’re on the way!

Thankfully for me with three mini travellers, the magazine came with three gifts. Chase’s Hat, Badge and Torch.  The kids spent quite a time trying to make the torch work and the badge come out, but weren’t overly disappointed to be told they were only pretend.  Then it was just the short debate over who had what – usual fare..

The magazine itself is 32 pages long. There is a note on page 3 for grown ups which suggests that in each issue there will be specially designed activities to practice key skills for school including letters, shapes, numbers, using their imagination etc. This is a nice touch – I’m not sure there is much of that in the Barbie magazines they often choose themselves.

There is chance to colour in (the pups in this case) which is always a crowd pleaser in this house, and useful for long journeys.  The spot the differences pages and the maze games would also be useful to keep them occupied on a plane, train or in a waiting room with minimal parental assistance required. 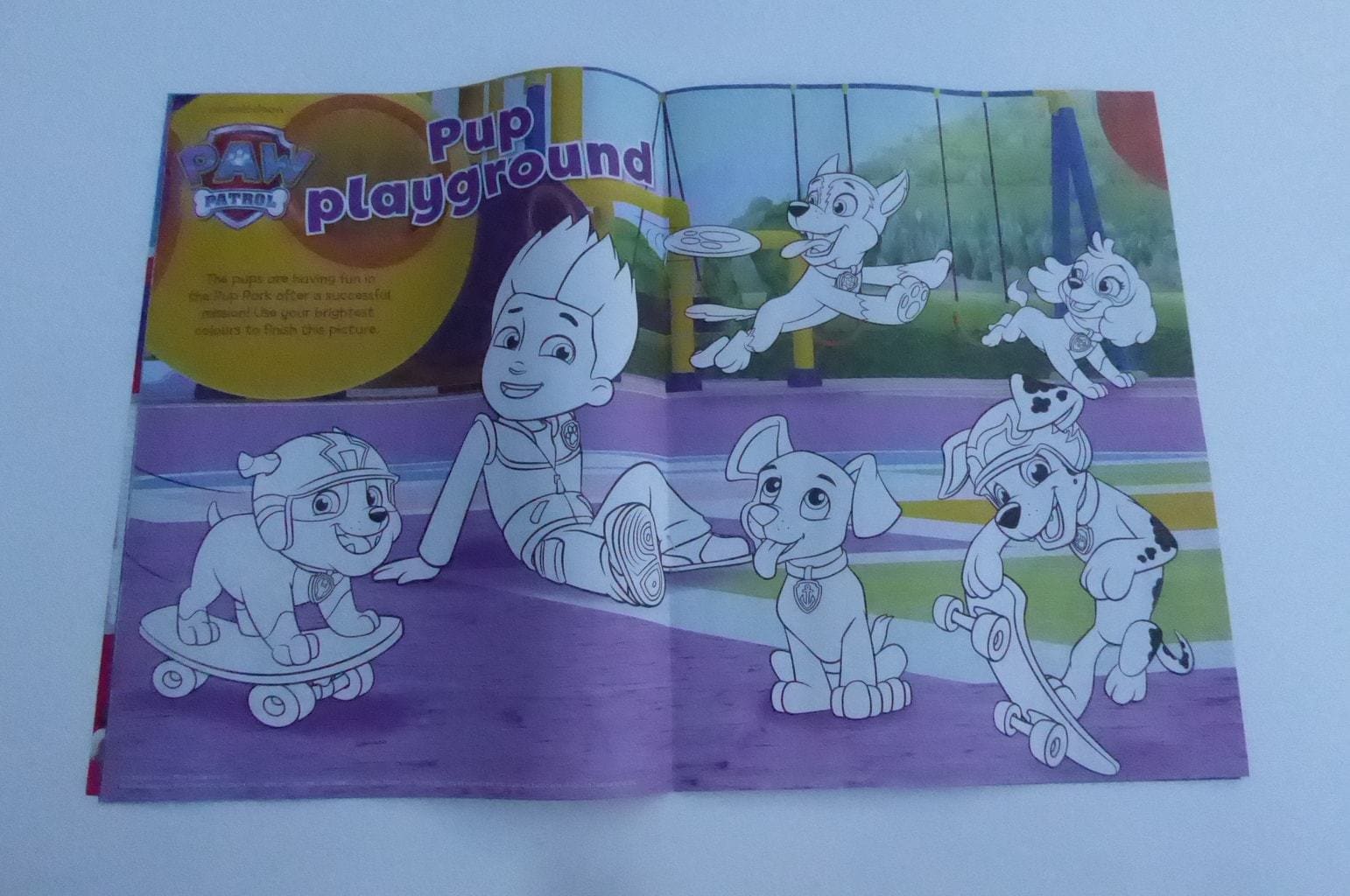 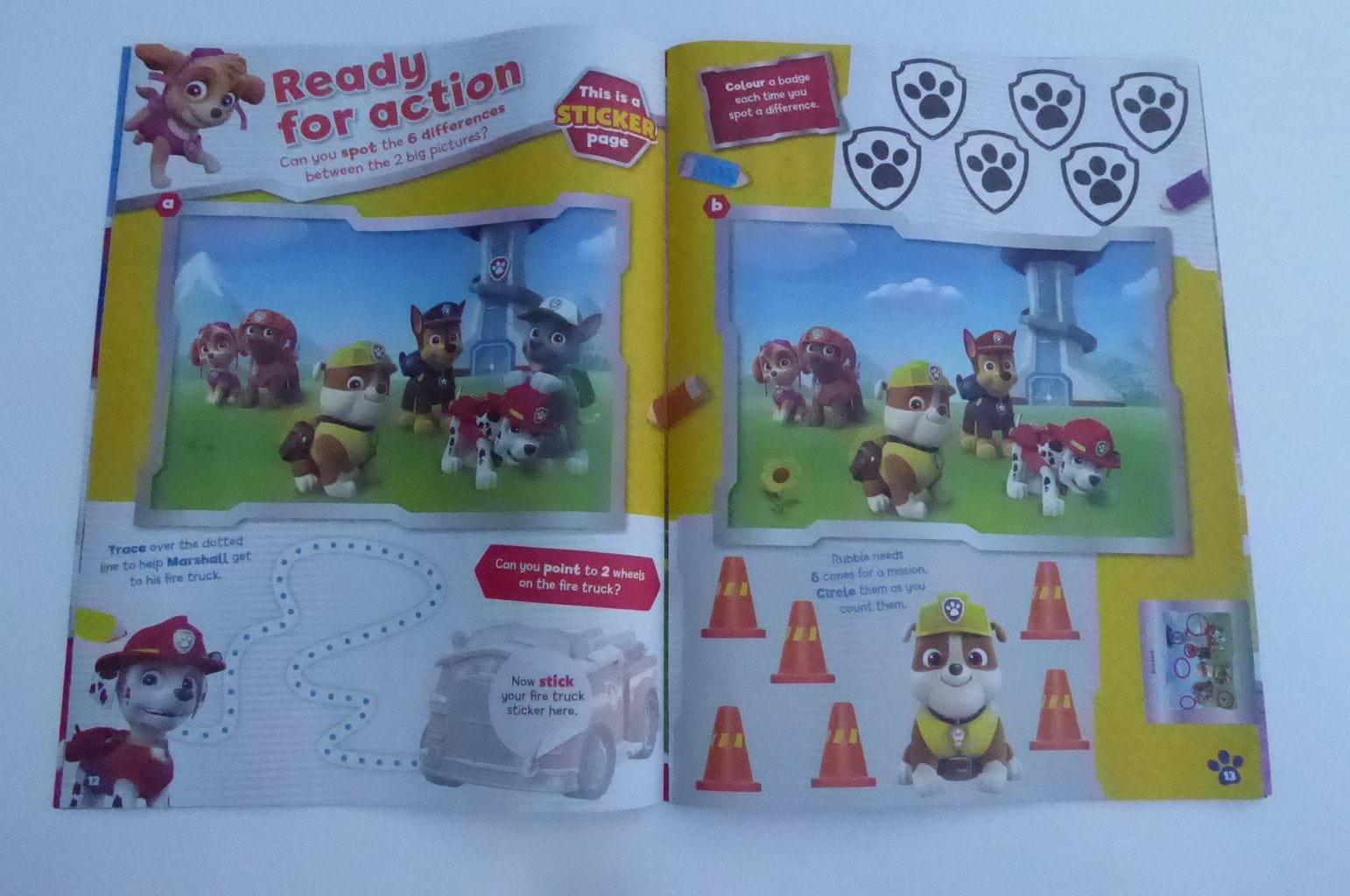 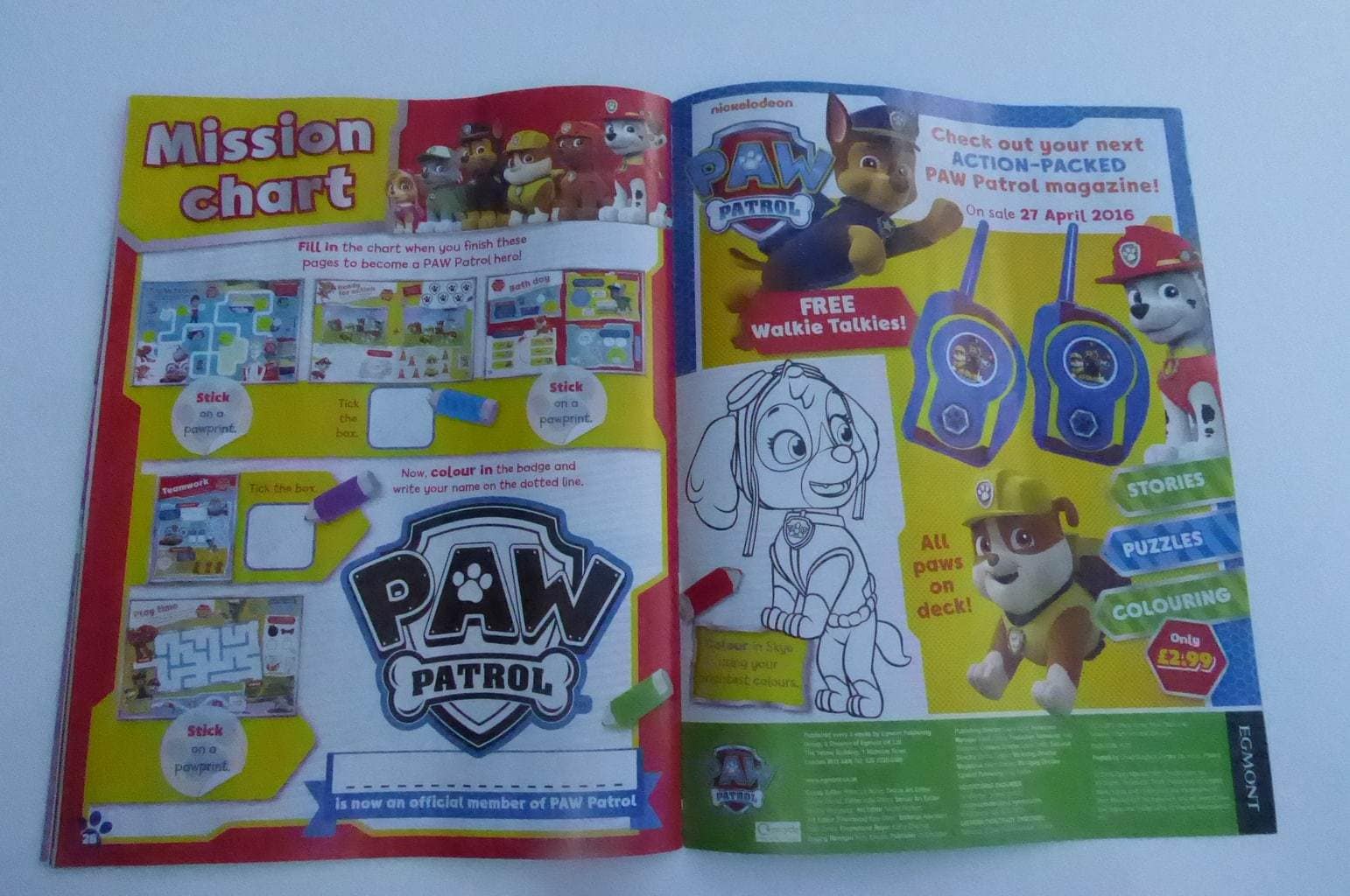 My kids love stickers as much as the next kid too and have already used up all the stickers on the sheet.  I’d say there was about enough -they would argue there can never be enough!

I was hoping the A4 poster would last a little longer but a little enthusiastic playing means it ripped the first time they had it out properly but at 4 and 5 it was probably slightly young for them in any event.

If you are interested in what my 4 year old thought please do take a look at my daughter’s video. It’s been a real hit with them.

For me: I think its a little on the pricey side for what you get when compared to the CBeebies prices, but it certainly wouldn’t put me off buying it in the airport or the newsagent if it was asked for.

Disclosure: We received the magazine in return for an honest review.

Adorable interview! This magazine looks awesome but I am not finding any place to order a subscription, other than another site that wants to charge about $18 US dollars for each monthly issue. Is there another price and location to order for my granddaughter.?

Hi I'm afraid we just review the magazine we don't sell it unfortunately - albeit you should be able to click on the link in the post to buy one?

Well done Izzy a super interview and Karen you are so right when my two were of comic buying ages they always went for the toys ! x

Mine would also love this! Great review and video - anything Paw Patrol is such a hit :) Jess xx

Nice interview, Isobel, I think I'll have to go and get a Paw Patrol comic now!