We have just had the pleasure of attending Peter Pan at the Theatre Royal in St Helens. It was our first visit there so we arrived in plenty of time to give ourselves time to park up and find the venue. There is plenty of on street parking around the venue which you pay for by phone.

The venue itself is typical of a small town theatre. It has seen better days but has plenty of charm and character. There is a reasonably priced bar if you like a drink before the show and other refeshments and flashy toys are available for the kids.

The show itself was superb. The kids were really looking forward to but myself and my wife were both really tired after a couple of sleepless nights but we were soon enthused by the characters and reactions of our two, Freddie and Daisy who are seven and two respectively. Ray Quinn is brilliant as Peter Pan, giving a really cheeky performance. Charlotte Gallagher who plays Tiger Lily has a fantastic voice and sang a number of recognisable pop songs which had people singing and clapping along. The whole of the main cast though were fantastic in their roles. The little kids playing the supporting roles were really cute and did a fabulous job at their dance routines. Towards the end Liam Mellor who plays Smee really got the crowd going and everybody up dancing which was good fun. 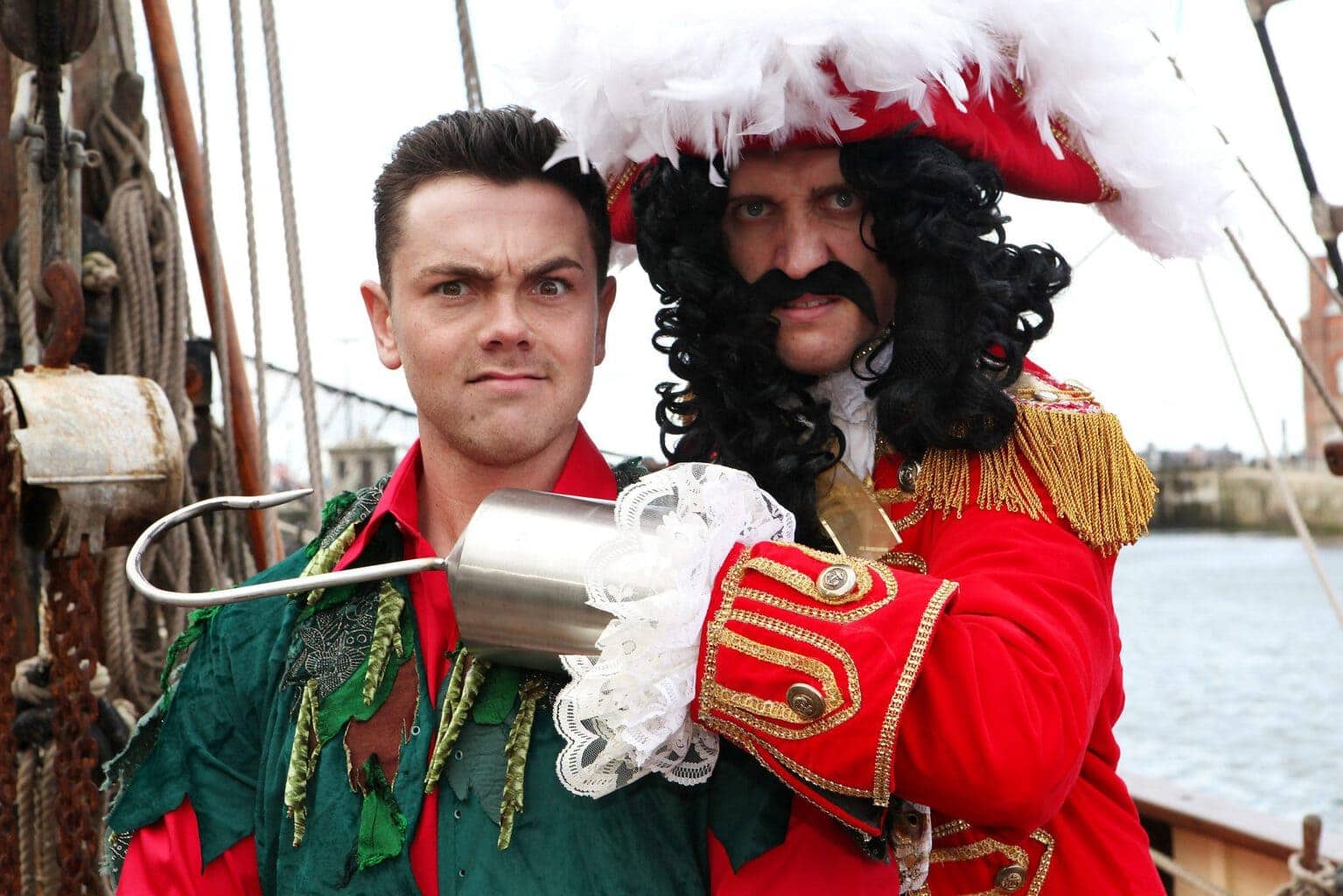 The length of the show was perfect and it ran smoothly throughout. There was a really clever use of the props which gave the impression that Peter Pan was flying around the sky which amazed my two kids.  Peter Pan in on until 17th April so why not check it out.

All in all it was a great show and I’ll definitely look at taking the family there again even though it was little out of our way.

NB: Pauline and her family visited as guests of  the Theatre Royal.