Ok you cant get much better than the following sentence; ‘This is the best day of my life!!’ said by Lilly, when approaching the entrance to Cbeebies Land, Alton Towers.

Granted my daughter is only 4 and has only been alive for around 1600 days which is a drop in the ocean than my…ahem we won’t go there.. however i’ll take it as this is the moment that the (pricey!) entrance fees are worth totally worth it and also the moment I felt suddenly nervous in anticipation that the park was going to live up to her high expectations. 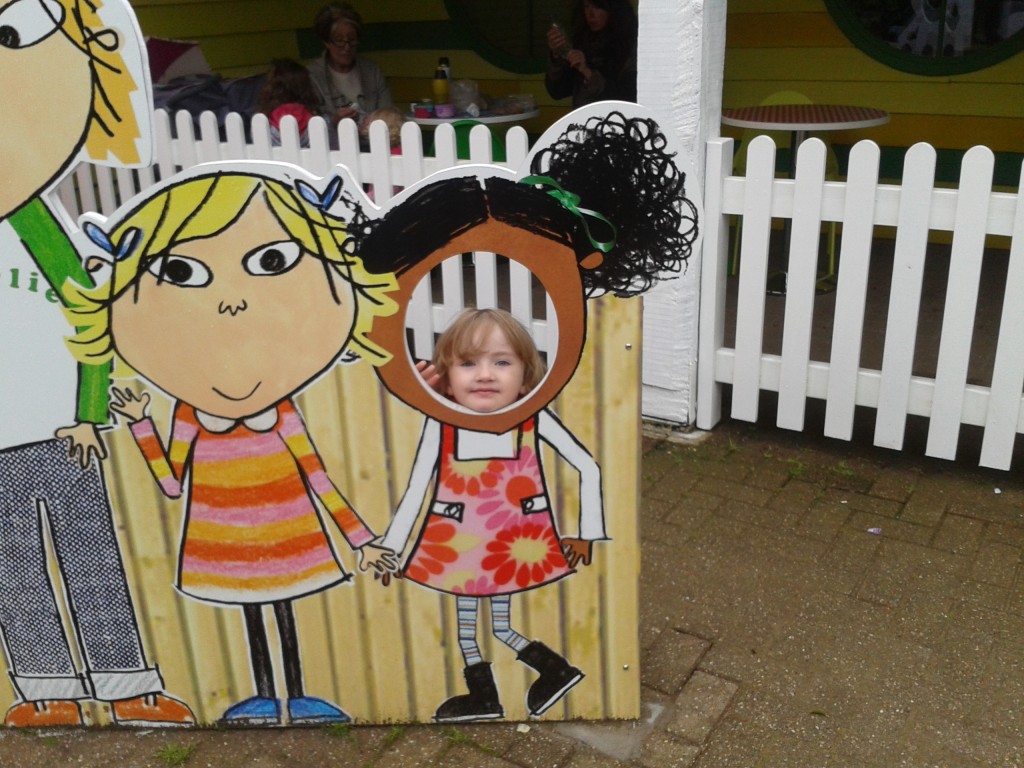 Well we were not disappointed!! Immediately the park was a sensory feast of childlike wonder as if we had stepped into the television and into the world of Cbeebies from the viewpoint of a child. Everywhere we looked the park was brimming with excitement, colour, sounds and the overwhelming need to explore took over, ensuring whatever you child’s age they will love what this park has to offer.

All the Cbeebies favourites feature (I suspect more will follow in the coming years) such as; In the Night Garden, Charlie and Lola, Postman Pat, Tree Foo Tom to mention a few!! 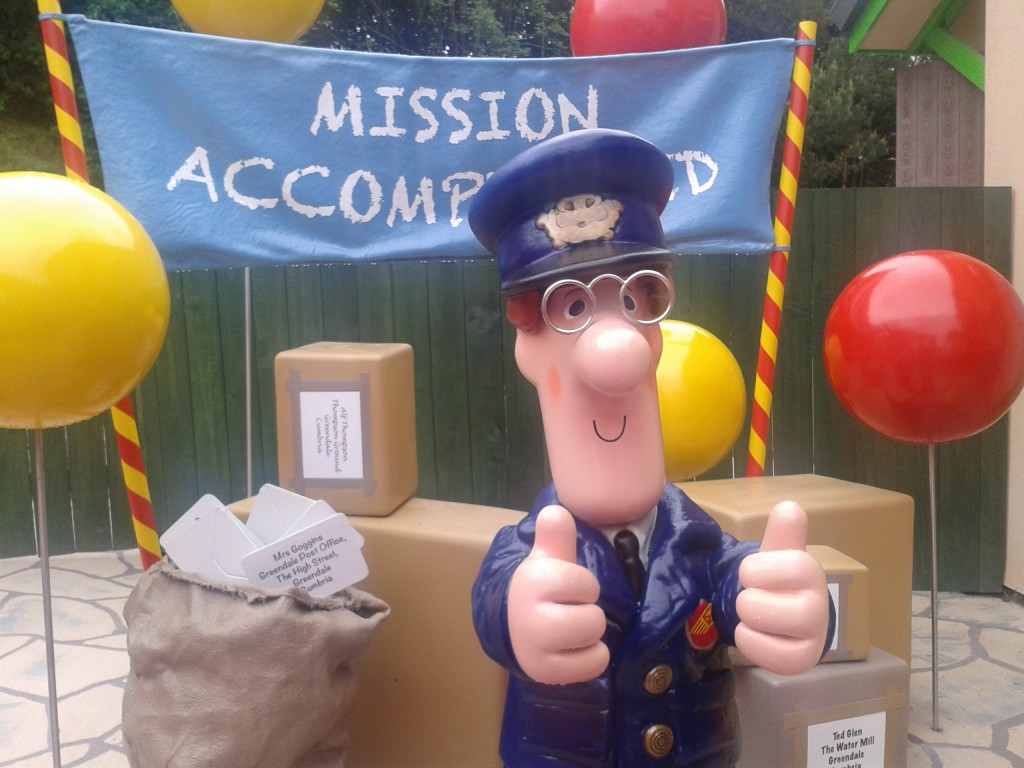 A particular favorite of ours was Mr Blooms Nursery which from the outside could be in danger of being overlooked, however don’t make this mistake! If anyone has watched the show it features children visiting Mr Blooms allotment and ‘the veggies’. My daughter believed she was really at his nursery, joining in acitivities and talking to ‘the veggies’ and Mr Bloom on speakerphone. The park seems to employ actors which really make the experience magical for the children as they really believe what is unfolding around them and even though my daughter isn’t easily duped but she was starry eyed with the rest of us! 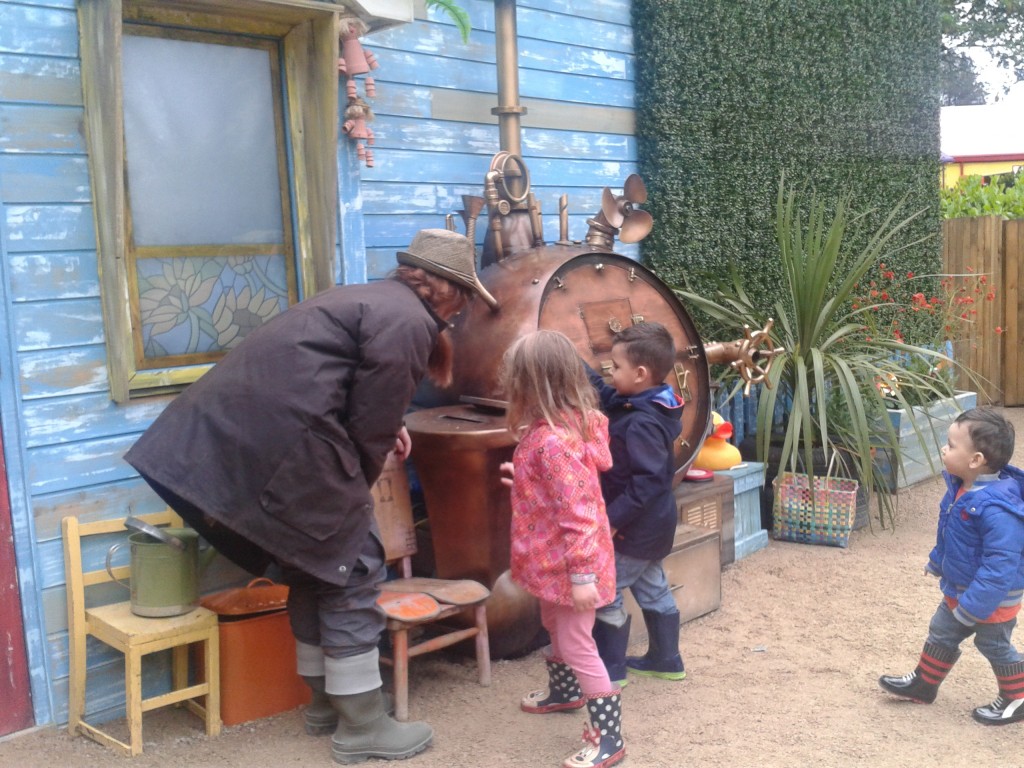 Rides are gentle for little ones, so no danger of any children (or adults…mention no names…man in my life) getting scared. The’ In the night garden boat ride’ is a real treat with a tour of the night garden and the Postman Pat Special Delivery ride with interactive buttons in the van. The Tree Foo Tom play area is great for building those motor skills and from a child’s point of view I quote ‘is cool’. 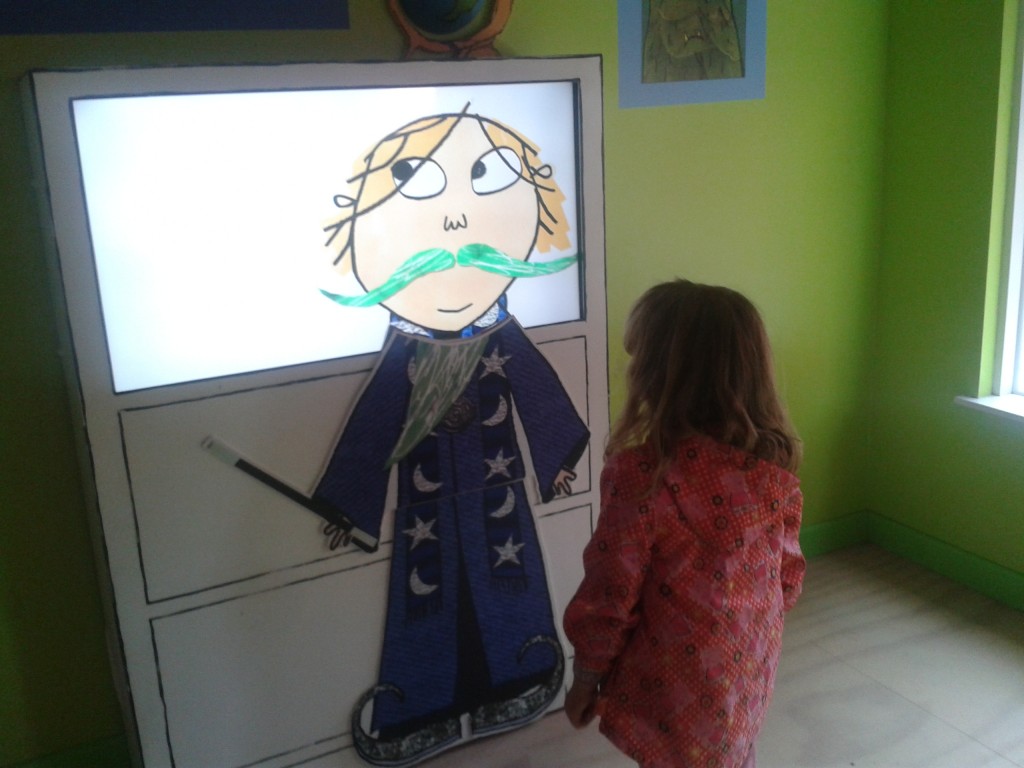 The park is extremely educational, with Mr Tumbles Sensory Garden, Ninas lab and Mr Blooms Nursery featuring highly from an educational stance with quality interactive exhibits in a non threatening and learn through play environment. The Nina and the neurons show really showcased the educational aspect with children being hands on in experiments. Highly recommended, children really do learn through having fun!! 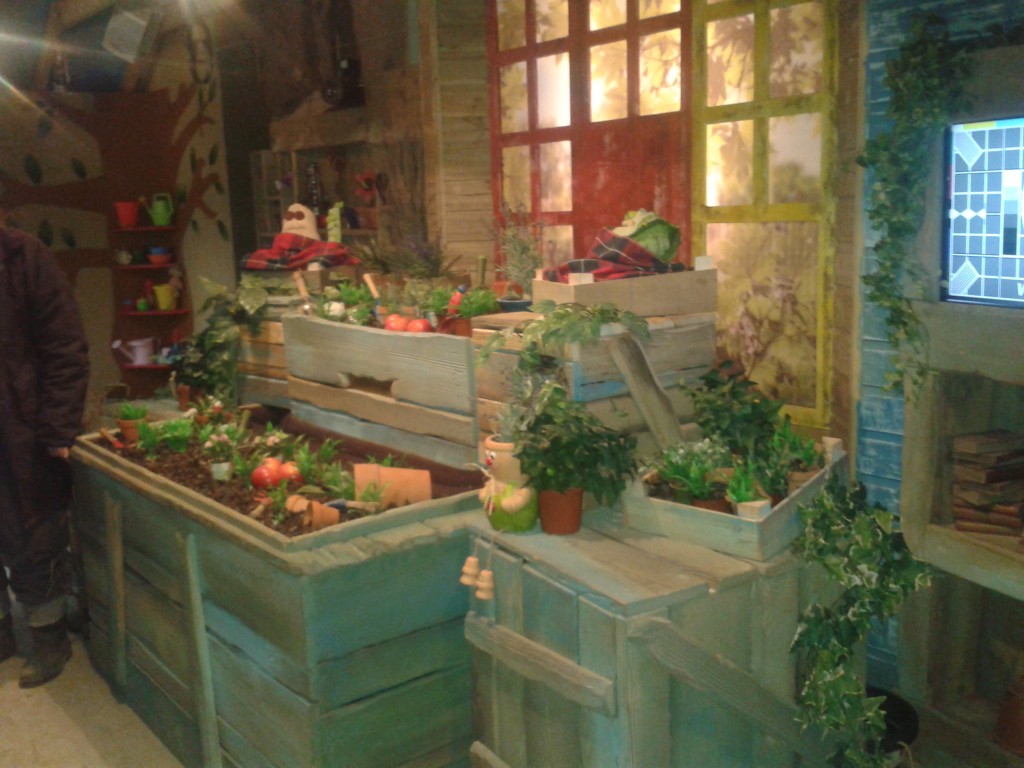 The park is extremely well planned, rides have reasonable queue times and entertainers on hand to keep the little ones and big ones occupied whilst waiting. We witnessed men and women on stilts, performing magic and juggling. The juggler was charismatic and very patient.. even when my darling daughter kept asking for him to juggle more and more balls, poor bloke.

There are plenty of photo opportunities including pictures with Igglepiggle and we even saw Postman Pat driving around in his van. The gift shop is priced as you would expect but you can purchase postcards with a free delivery service to send to loved ones or even home as memento to your day. 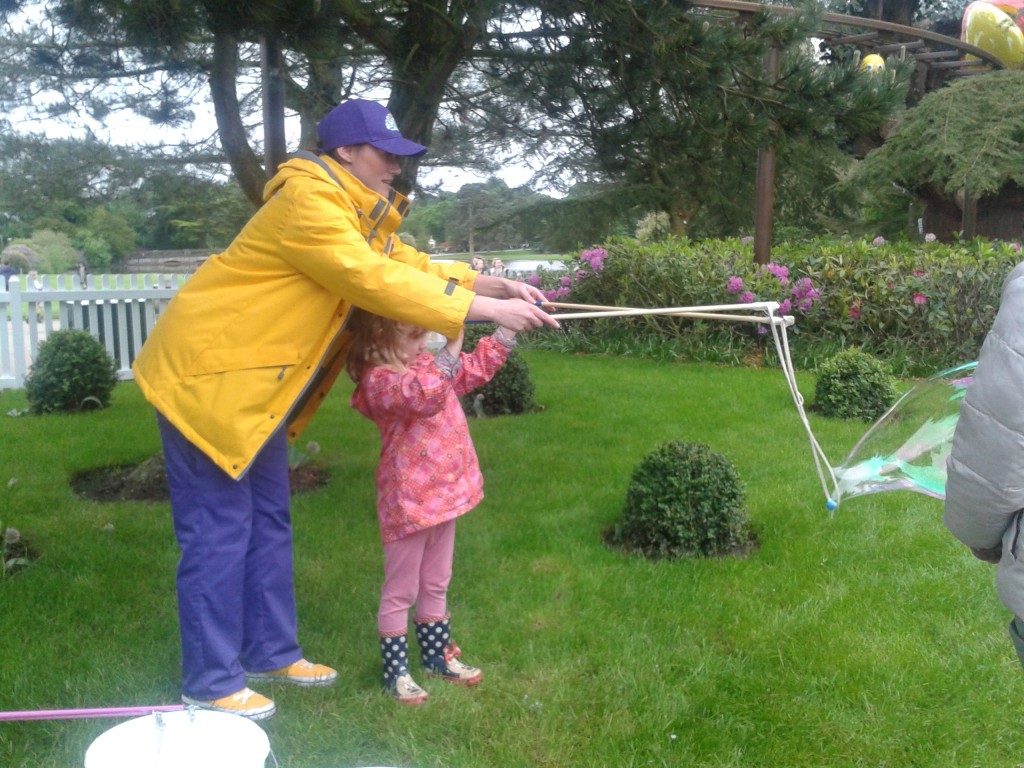 Just go, I promise you will not be disapointed.

Tip: Look around for 2for1 deals on cereal packets and use Tesco Clubcard boosts for tickets, we only paid for a childs ticket around £40 compared to over £100. It makes spending money for the gift shop a little more available…Enjoy! 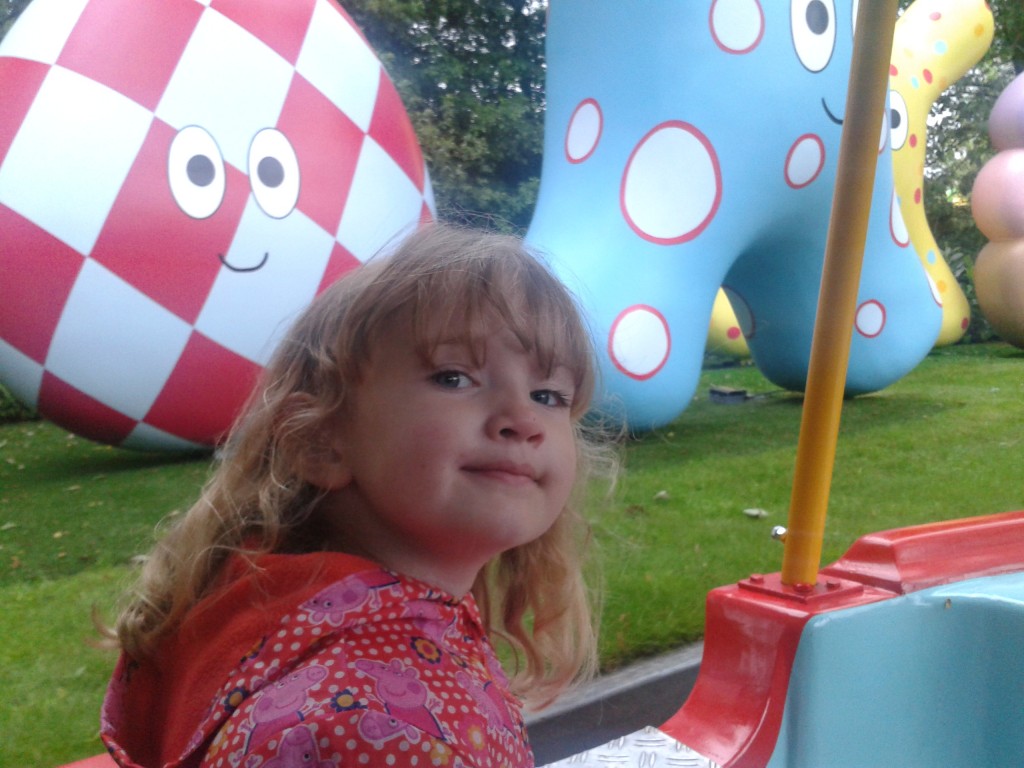