This post has been written by the lovely Brummy Mummy who blogs over at BrummyMummyof2 and has written some fantastic blog posts about life with her two tiny tots.

Her post on the inevitability of a holiday with toddlers is fantastic. Read it here.

Brummy Mummy can also be found tweeting @brummymummyof2 and on facebook here.

Now first off I will start by apologising there are no pictures of the show in this blog post as we weren’t allowed to take any. But you know what? That’s OK! If you’re going to see it, it means you will have a nice surprise. However. I will say that the show is not like Disney shows. Or In the Night Garden, it is played by humans acting as the characters. With a small cast of three, two of them take turns in playing the snake or the owl or well you know how it goes by now (after reading it one bloomin million times no doubt!).

We saw the play at The Town Hall in Birmingham City Centre, at present a lot of the city is having an overhaul so it was a bit of a nightmare to park. In fact? A lot of a nightmare. Bear this in mind and leave early to get a parking space. Or? Maybe get public transport. We drove, parked in the big red cage car park not far from The Mailbox and walked up with the buggy. Luckily when we got there The Town Hall has arranged a fab free buggy parking area where you could leave your coat as well and get a ticket to collect it at the end. I found the staff at The Town Hall super friendly and seemed to enjoy chatting to the little ones which was really lovely. 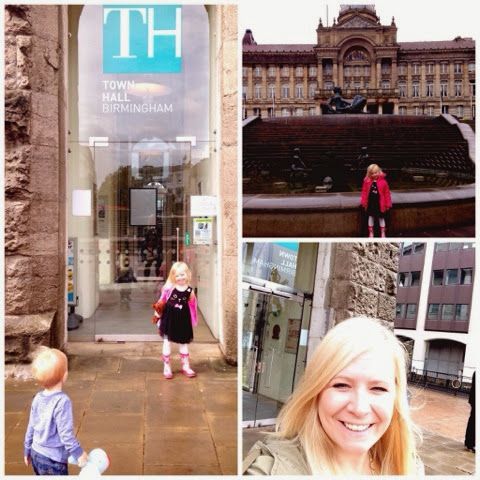 The Town Hall is a beautiful venue and has quite spacious children so if you do have a frightened child on your lap? It makes no odds! The show itself is an hour long and what I really enjoyed about it was yes, it was good for the kids but like all good kids TV programmes (like Nanny Plum in Ben and Holly) bits were aimed at the adults so we giggled too. Not rude! You filthy people. Just little jokes that went above the tots heads. 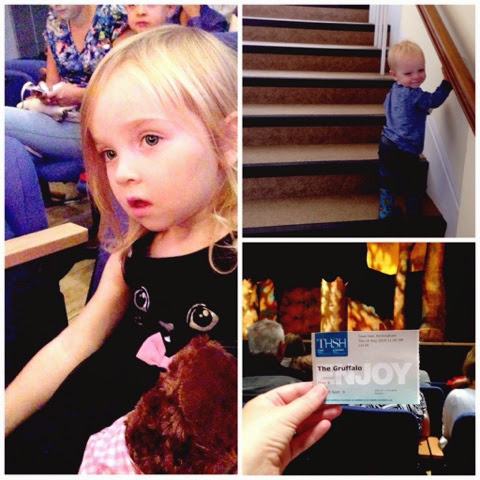 There is singing and dancing and jokes and well I don’t want to say too much but it was really really fun and we all enjoyed it. My boy did get a bit restless after about 45 minutes. But that’s to be expected as he is only 19mths old. But my girl who is 3 1/2 was singing, dancing and clapping! Afterwards me and my little ones had a mooch around the city centre. It’s not somewhere we go often, despite living so close, so they were very excited by the tall buildings and the vast amount of people around.
Overall a fab morning out. If my boy hadn’t been so dog tired we may have popped to the museum or library but instead we got a couple of overpriced kids magazines from the newsagents and had a cuddle in front of the tele. Just remember to leave early to park and lots of treats to keep the tinier of your tots under control! (God bless smarties and fruit shoots). Find out when the Gruffalo Live is near you here! 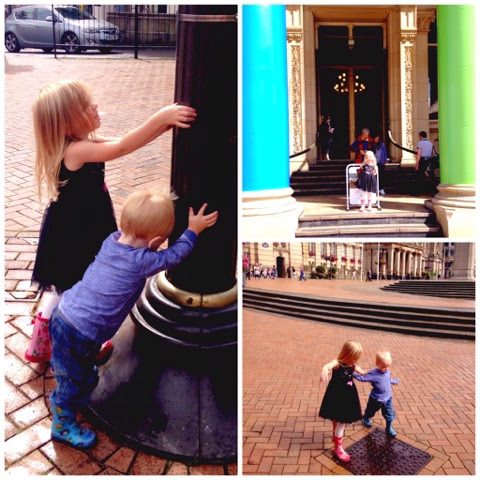 We brought these tickets and went with some lovely friends for summer fun!
Click here to cancel reply.