What did you do this Easter? Easter egg hunt? Eating chocolate eggs? Day out? Theatre?

We went to see the CBeebies Show –Justin & Friends: Mr Tumble’s Circus!  Not only was Mr Tumble in this show (one of my girls all time favourites) but so was Justin (different person apparently – how do they not see it!) Aunt Polly, Grandad Tumble, Swashbuckle Presenter Gem, Andy Day and Robert the Robot.  When Robert first came on stage Lily shouted ‘Mummy look it is the REAL Robert the Robot, the REAL one’. 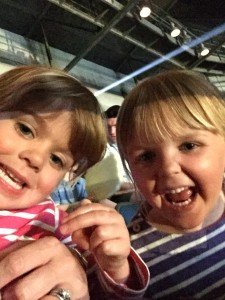 I can’t lie to you, it wasn’t my favourite two hours ever as I am not a Mr Tumble fan, but lets face it, I am not his target audience am I? My girls are, and my girls loved it.

We were sat in the Upper Tier in the Echo Arena but directly facing the stage. When I got the tickets I did worry that they wouldn’t be able to see enough but the view from our seats was really good and the kids shouted every time they saw their favourite character so they obviously had no problem seeing them.  Along with the ‘real’ people on stage there was a very large screen to ensure everyone could see what was going on. 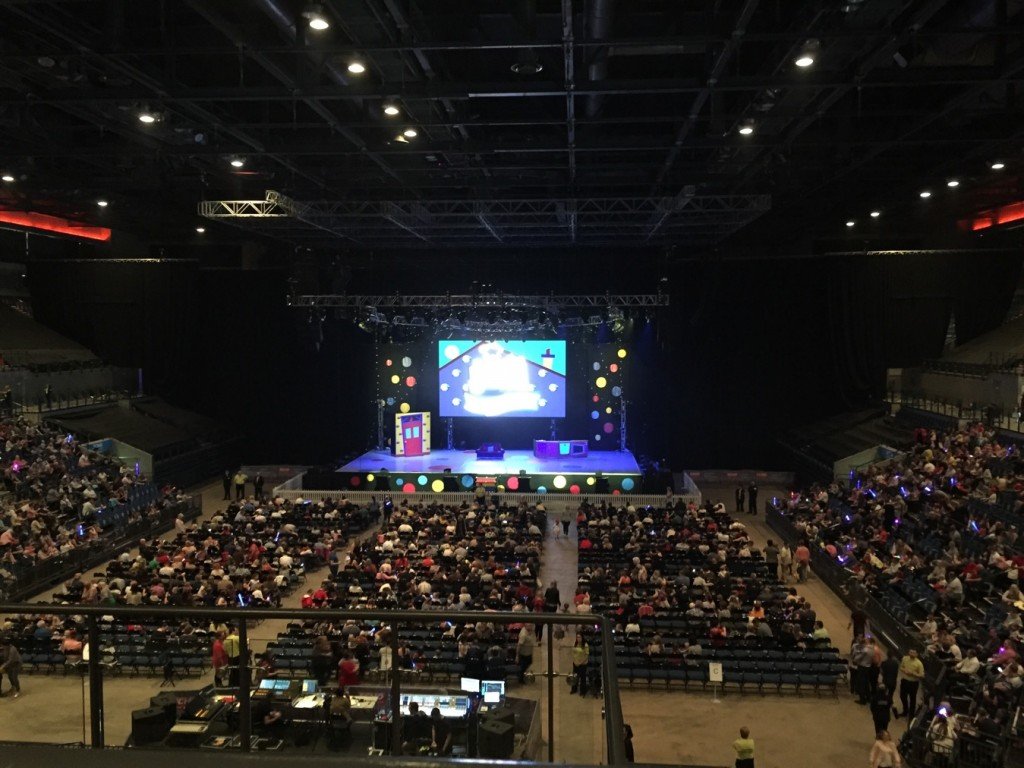 The show was a mixture of pre-recorded films like the programme with live performances interspersed.  There was a really good song to start the show and almost immediately the kids were clapping and waving their arms around, following the instructions from Robert and Justin.

There was dinosaurs and Andy, pirates and Gem, there was a Circus, there was lots of dancing and flashing lights! 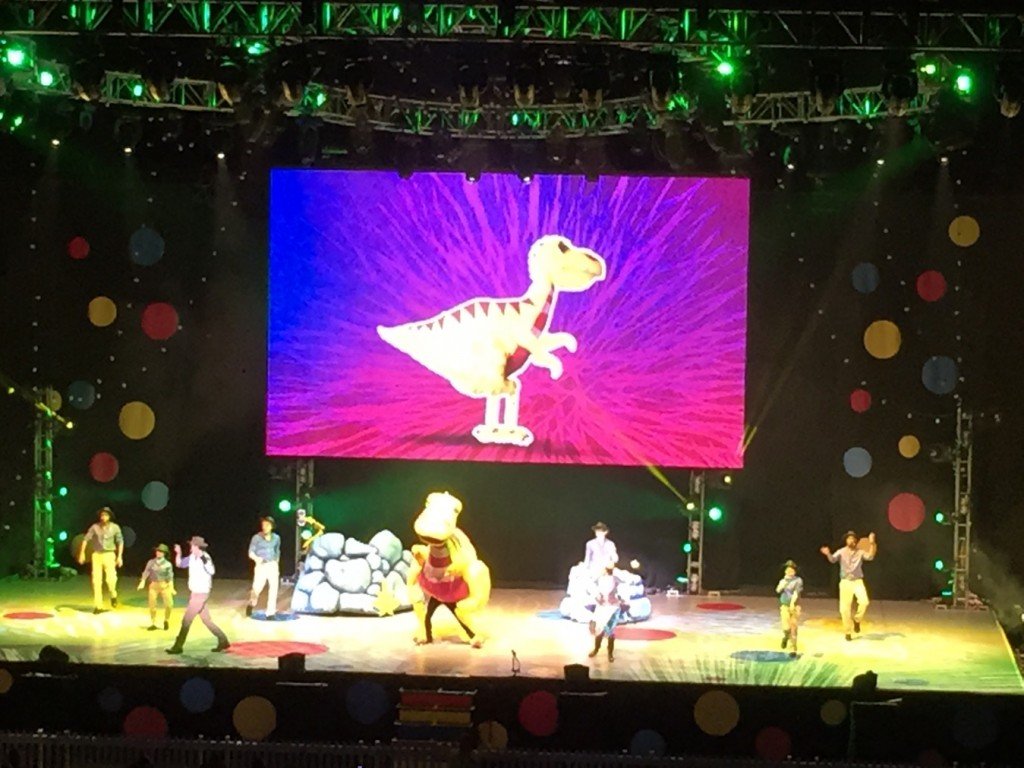 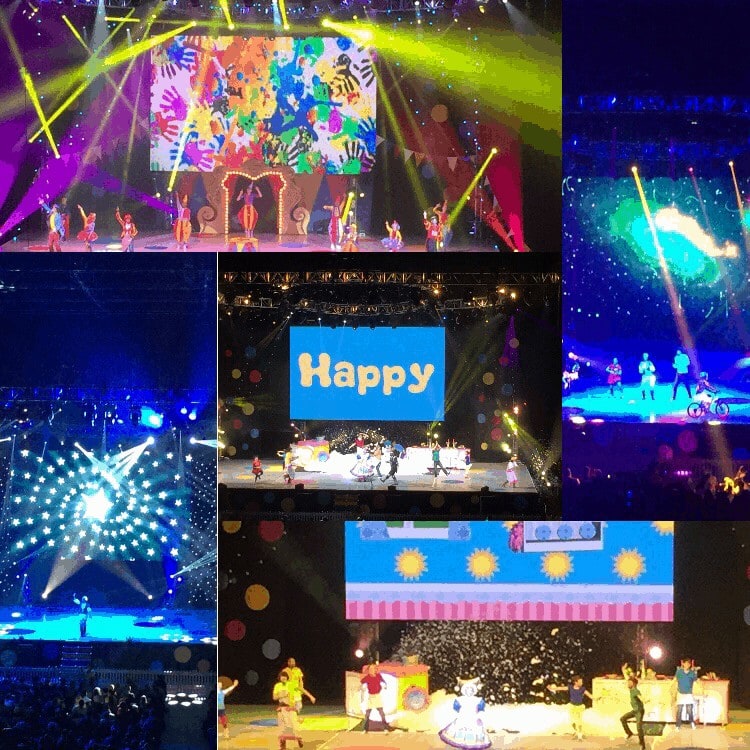 If you have little ones like me (mine are 4,3 and 3) the interval can be a bit too long, mine got bored and started to ask if we were leaving.  We ended up playing I-Spy but there is only so long they can do that!

I’m not saying that the kids didn’t love the first half, but the arrival of Mr Tumble at the beginning of the second half, started a real level of excitement that didn’t end until the finale!  As all the kids seem to engage more with Mr Tumble than the other characters, in an ideal world we would have seen more of him!  All my three thought the clowns right at the end was the best thing ever! This is them dancing.

We had a fab time at Liverpool’s Echo Arena but he is performing all over the UK so check out the tour dates here!  My girls love the theatre do yours?

Children’s tickets start from £13.50 (subject to booking fees) and family tickets are available!  What are you waiting for!

NB: We were provided with our tickets for the show, but the views in this post are all my own.