Christmas arrived at the Trafford Centre and none more so than at Legoland. The decorations are hung and Lego Santa is available in his grotto to see you…Full disclosure we do love Legoland, especially for rainy days so I was very excited when we were invited over to meet him and even arrived the day before Christmas Eve in on a very wet and miserable Manchester morning.

We always arrive early at Legoland if; I’m honest it’s a basic in our planning but we hadn’t thought about winter wonderland which was still taking place and had already opened at Event City opposite. It made for a busier journey than I had expected since the shops in the Trafford Centre don’t open until 12 and the restaurants 11. LEGOLAND itself opens at 10 and we were here for opening along with 20-30 others, one who remarked she was glad to be here now rather than in an hours time when parking would have been an issue, I had to agree! 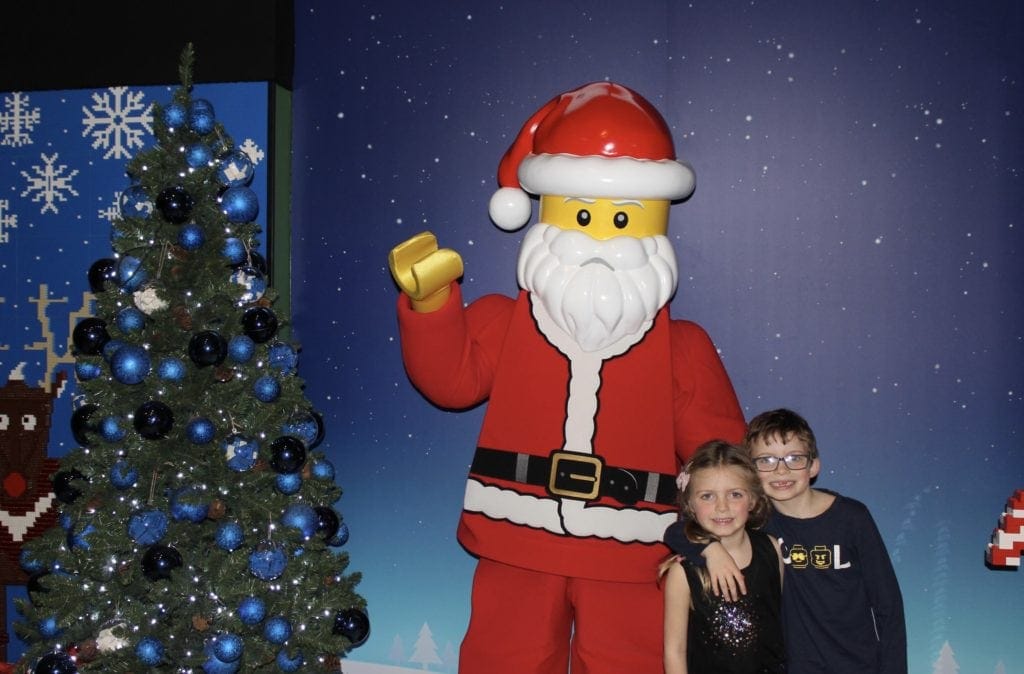 Santa’s grotto didn’t open until till 10:30 so we made our way around miniland which is dressed in all its festivity and available until January 5th. A wintery scene full of Santa’s elves and Manchester’s Christmas awaits with a ‘scavenger hunt’ for characters which the kids (big and small) enjoyed.

To me LEGOLAND rarely disappoints in that my little ones absolutely love it and it’s one of the few places that we as a family of 5 can enjoy together. My eldest son is 19, and he might not think it’s too cool for me to say that he loves it too! Today we tried the Creative Workshop, where a member of staff takes you through a mini build (today a rather tricky reindeer and sleigh.) At one point it struck me that they might want the pieces back but you were able to buy them for £4, which, compared to the extortionate baubles containing only a reindeer (reduced from £7) is really quite good value! 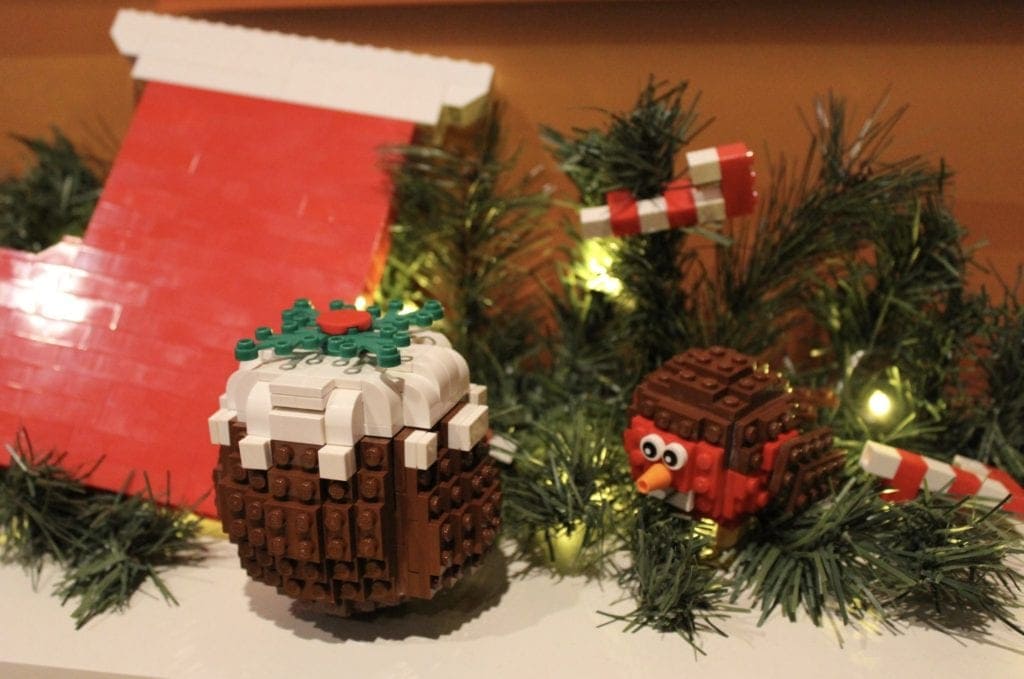 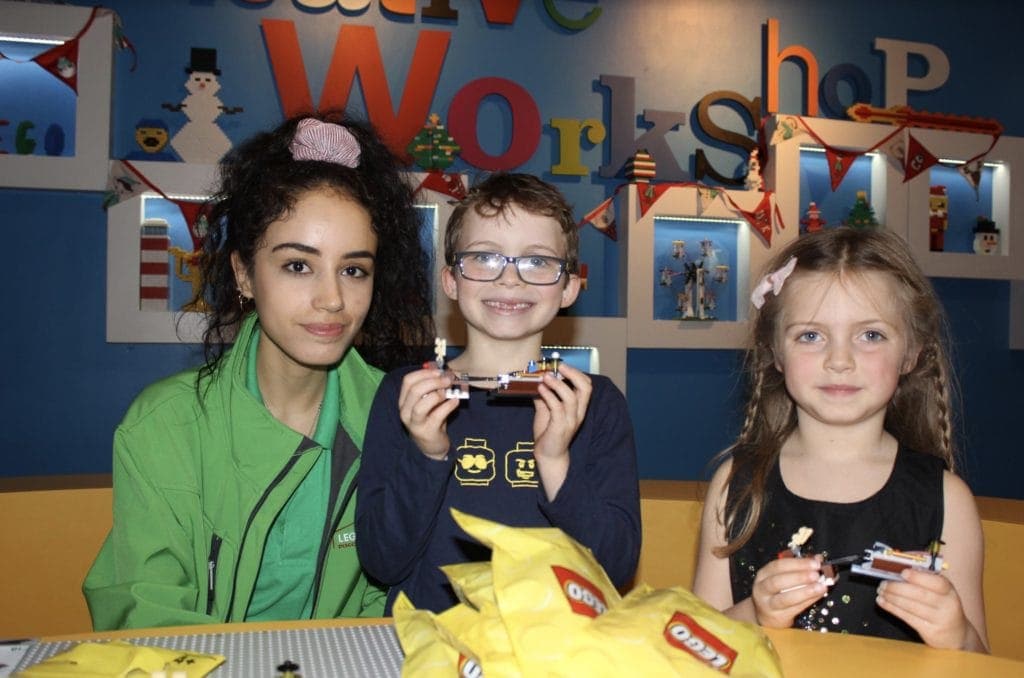 Anyway, we joined the Santa queue, (he’s there until Christmas Eve,) and found ourselves whisked into a workshop where the children could write letters and take pictures next to a cute festive scene with tress, fire place and Lego presents. Then, you guessed it we got taken into the big man himself… Charlie (8) was delighted to find a big red, dancing LEGO Santa! I’m not sure what I expected, I’ll be honest it wasn’t that but the kids thought it was the most amazing thing they had ever seen and made for some very fun family pictures.

By 11:30 it was really busy but I guess that’s what you expect if you come to one of the country’s biggest shopping centres 2 days before Christmas. The kids had a great time and never fails to make new friends to race cars down tracks and play in the soft play area with.

Merry Christmas Legoland we will be back next year, most likely for your New Years Eve Party!

We were lucky enough to be invited to review the Christmas experience but all views are our own.

Wow. I wish Legoland could do more events like this one. Sounds like a great day out for the kids. We went to London Windsor Legoland and we can't wait to see the great museum in Prague called Czech Repubrick.