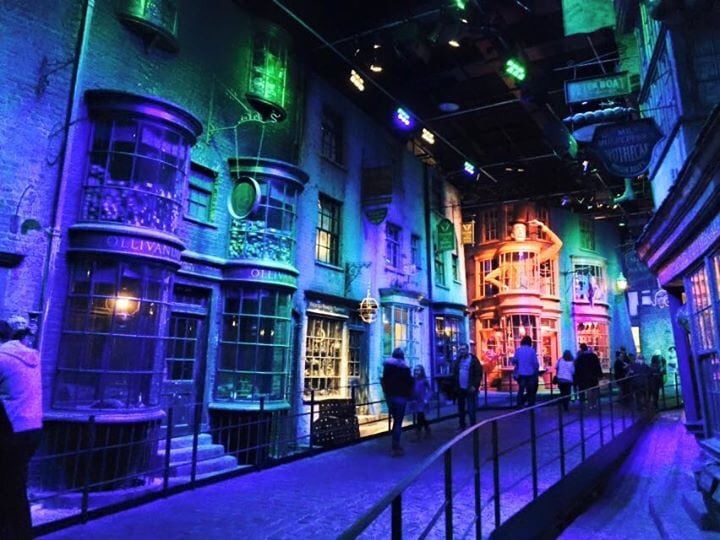 I recently visited the Harry Potter Studios in Leavesden, near Watford, with my husband and our three children aged 9, 7 and 5. Charlie is Potter mad and so am I – I’m not sure which of us was more excited!

The Harry Potter studio tour is located next to the working studios where all eight Harry Potter films were made.  The tour itself comprises a number of rooms showcasing the original sets, props and amazing special effects used in the films.

You have to book a start time for a tour of the studios, presumably so that the number of visitors can be spread throughout the day, but you can then stay for as long as you like until it closes at 8pm.  I understand from a friend that they aren’t particularly rigid about the start times – she was able to start the tour a full two hours before her allotted time!   We had to queue for about 20 minutes inside the foyer to start the tour, but there was plenty to look at while we waited – pictures of many of the characters lined the walls and the queue takes you past the set of the understairs cupboard which was Harry’s bedroom/prison at the Dursleys’ house.

The tour starts in a cinema with a short introduction by Harry, Ron and Hermione, setting the scene.  Rosie was slightly disappointed to learn that we weren’t simply going to sit and watch all of the films!  Our group was then led to the door to the Great Hall, where the guide asked if any of the children were celebrating their birthday.  Charlie put up his hand, along with four or five others.  They were then invited to the front to help push open the giant wooden door, which I thought was a really lovely idea (and judging by the looks on their faces, so did they!).

The Great Hall had been set up to replicate the Halloween feast from the first film and was absolutely stunning – although we all agreed that it seemed smaller in real life than it looks in the films.  This was the only part of the tour that was guided.  Our guide spoke for about 5 minutes while we wandered about the Hall taking in all the little details.  After about 10 minutes, we were led out of the Hall to make way for the next group and from that point onwards, we were free to go where we pleased and spend as long as we liked.

The next section was like a vast airport hangar, filled with various sets and props from the films, including the potions classroom (with cauldrons that stirred themselves); the Weasleys’ kitchen (with knives that magically chopped vegetables and a magic washing up brush – now both on my Christmas list!); Dumbledore’s room complete with the original pensieve and sword of Gryffindor; Hagrid’s cabin and the Gryffindor common room, to name just a few.  There were also displays demonstrating how the flying scenes were filmed and a terrifying set with a woman suspended above a banqueting table surrounded by Voldermort and his death eaters (which gave Mimi several nightmares that night I have to say – although she is prone to them).  There were also a few death eaters wandering about who managed to achieve a tricky balance of looking aloof and scary but also interacting with the children.  An adult standing near to us lent Charlie the wand she’d brought with her (!) so he could have a wand duel with one of the death eaters.  Charlie and Mimi then had some wand training and we spent a good twenty minutes watching two wandmakers craft beautiful wooden wands while good naturedly fielding a steady stream of questions from the children (and me).

In another part of the tour, we were able to each sit on a seat mocked up as a broomstick and simulate a flight over Hogwarts, which could be viewed on a screen.  We did the same in the Weasleys flying car.  Naturally, you can buy pictures of your adventure (£14 for the first, £7 for each after that), so we left the best part of £100 lighter from that area (although the photos are brilliant!!).

Other highlights were the Hogwarts Express (which doesn’t actually go anywhere, but you can go inside it) and platform 9 3/4;  the outside area with the Privet Drive set, the purple Knight Bus, the bridge to Hogwarts and Harry’s parents’ ruined house; Diagon Alley, which was just magical (no pun intended) and the incredible to-scale model of Hogwarts which was used to film all the parts of the film outside of the school.

The children had each been given a passport when we arrived containing a number of questions to answer on the way round, and clues as to where to find thirteen golden snitches hidden around the tour.  They all enjoyed filling it in, looking for the snitches and collecting their stamps at the end of each section.  You can also hire audio tour equipment for about £5 each but we didn’t bother as we wanted to be able to chat to each other about what we were seeing.

The facilities in the studio are pretty good – plenty of very clean toilets and you can leave small bags and coats in a cloakroom at the beginning.  There is a large cafeteria style restaurant serving sandwiches, cakes and hot food. The choice of food is fairly limited, especially for children, and I thought it was quite expensive for what it was.  I’d have liked to see those pick and mix lunchboxes you get for the kids in National Trust restaurants but you can’t have everything….  We tried the Butterbeer which seemed to be a fizzy caramel drink with whipped cream on top, which we all agreed was very strange and not entirely pleasant (and we didn’t finish it) – had to be done though!

As you’d expect, there’s a huge gift shop selling all things Potter.  We managed to get through it without buying anything amazingly, although that may have been because I had a funny turn when I saw that the price of a soft toy owl was £30 and had to go and have a sit down!

I’d highly recommend the tour, although you’ll want to spend hours there so it’s probably not ideal for children under 6 unless they are familiar with Harry Potter.  All in all, we had an absolutely brilliant day, which Charlie declared as the second best of his life, the first being the day he was born!! To read Charlie’s review click here!

Nb: Jane and her family visited as guests of Warner Bros Studios for the purpose of this review but all views are their own. 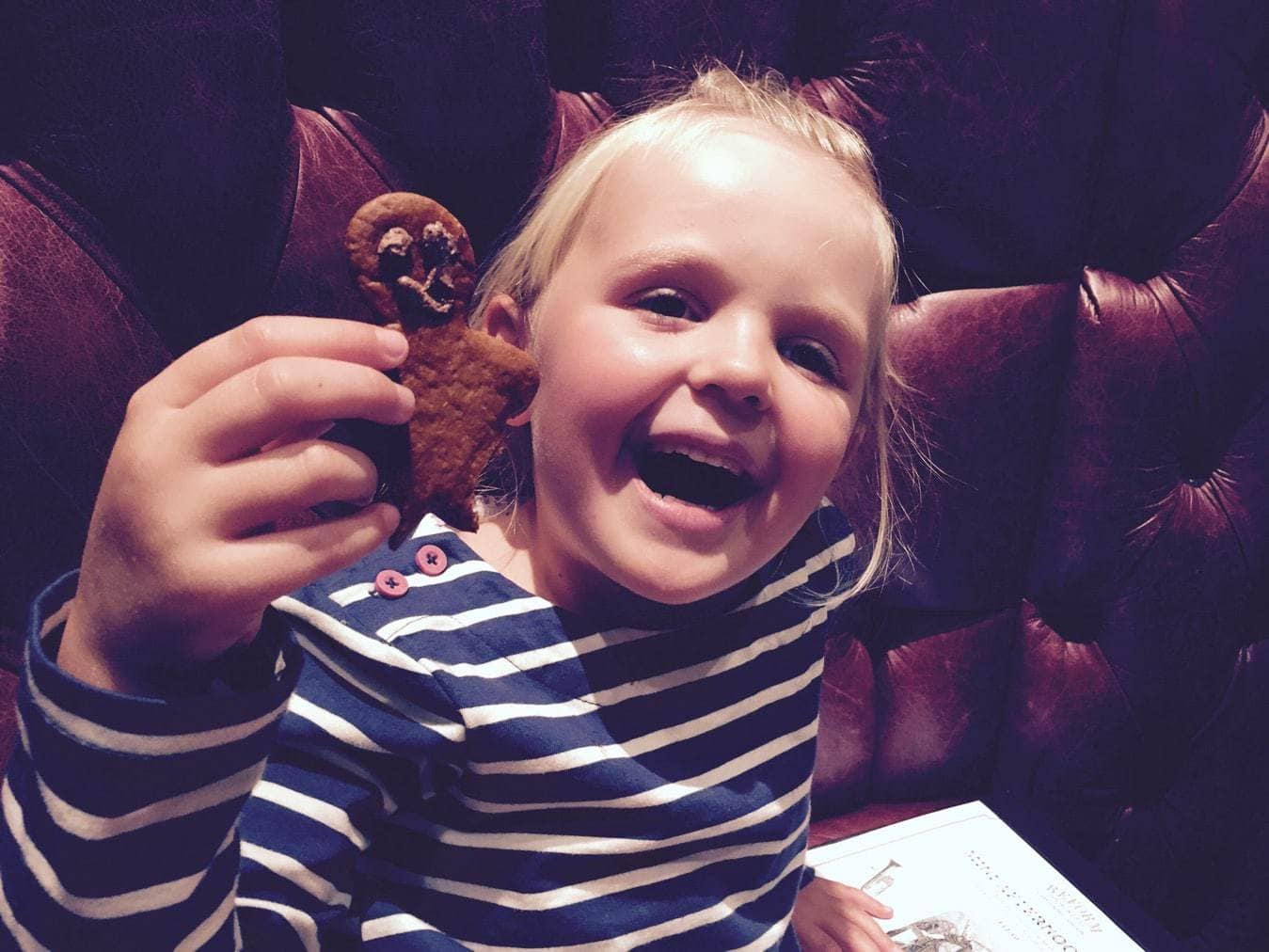 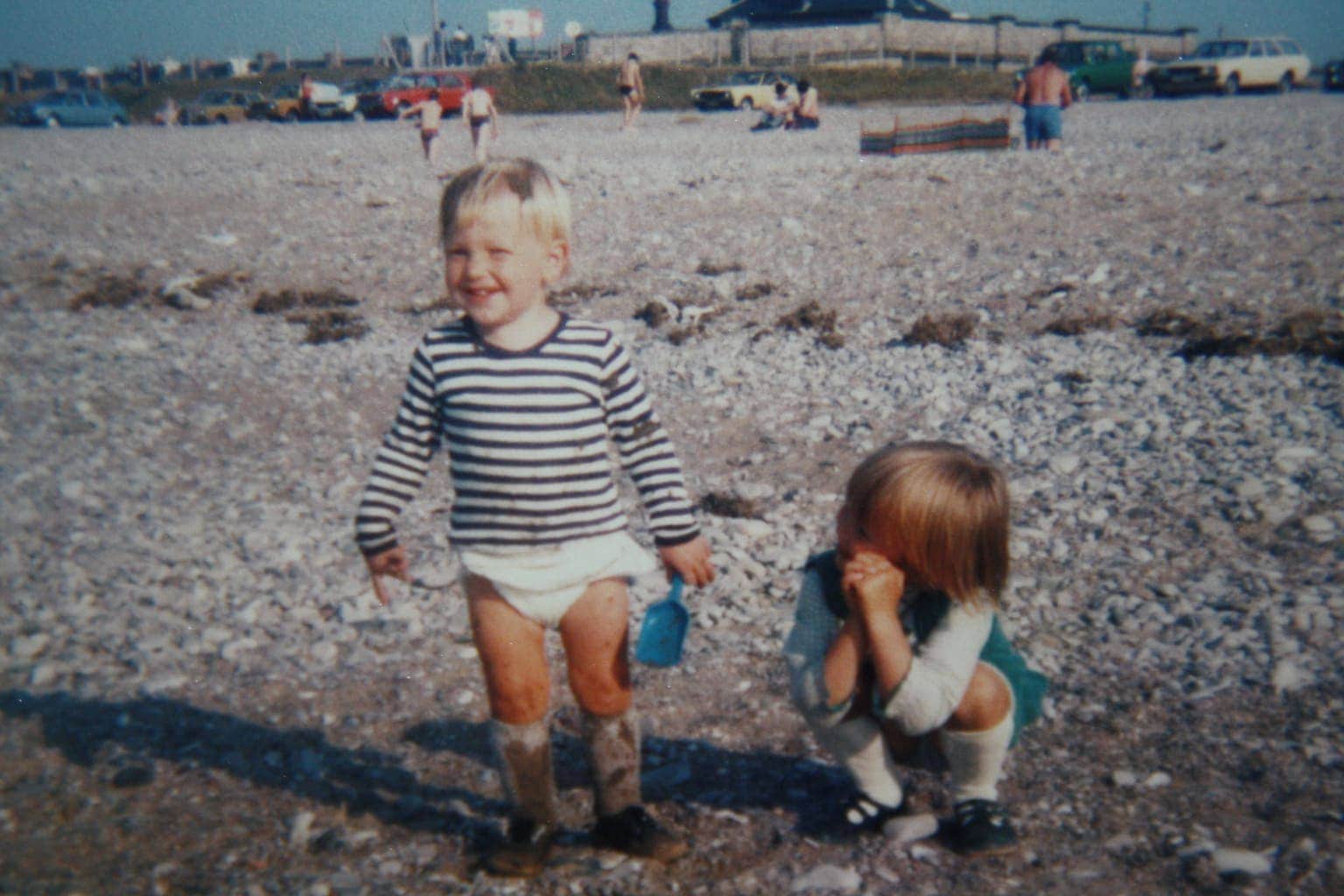 Next →
Childhood Memories in Abergele
Click here to cancel reply.