The Rose Theatre is pleased to announce their Christmas show, Hansel & Gretel, a new festive version written by Ciaran McConville, who returns to the theatre following last year’s successful adaptation of Alice in Winterland, and directed by Rosie Jones.

Our review of Alice in Winterland is below!

The Rose Theatre’s Christmas production is becoming as much a part of our Christmas as mince pies and pantomime. With Amelia now 8 and Florence nearly 6, it’s wonderful to enjoy longer family shows. It’s always a treat for the girls to stay up late. We loved last year’s production of the Wind in the Willows, so had high expectations for this year’s production, Alice in Winterland.

Alice in Winterland was every bit as amazing as we had hoped. They adored all the quirky characters Alice comes across in Wonderland. These are mainly played by two alternating teams of 26 performers from the Rose Youth Theatre. Some of the actors, not much older than Amelia, gave impressive, professional performances – and the Dormouse was our particular favourite.

We were curious to find out how far Ciaran McConville’s adaptation would deviate from Lewis Carroll’s original stories. All our favourite elements of Wonderland were there, including the white rabbit, the cheshire cat and the and hatters tea party. However the Director cleverly framed the original story, to provide a deeper meaning to the antics that Alice becomes entangled with in Wonderland.

The audience engages emotionally with Alice from the very beginning. You see glimpses of a beautiful childhood, and adoring parents, who are then taken from her during the First World War. Her mother, who has raised her to be brave and stand up for what is right, leaves her with the powerful motto, ‘if not me who’. 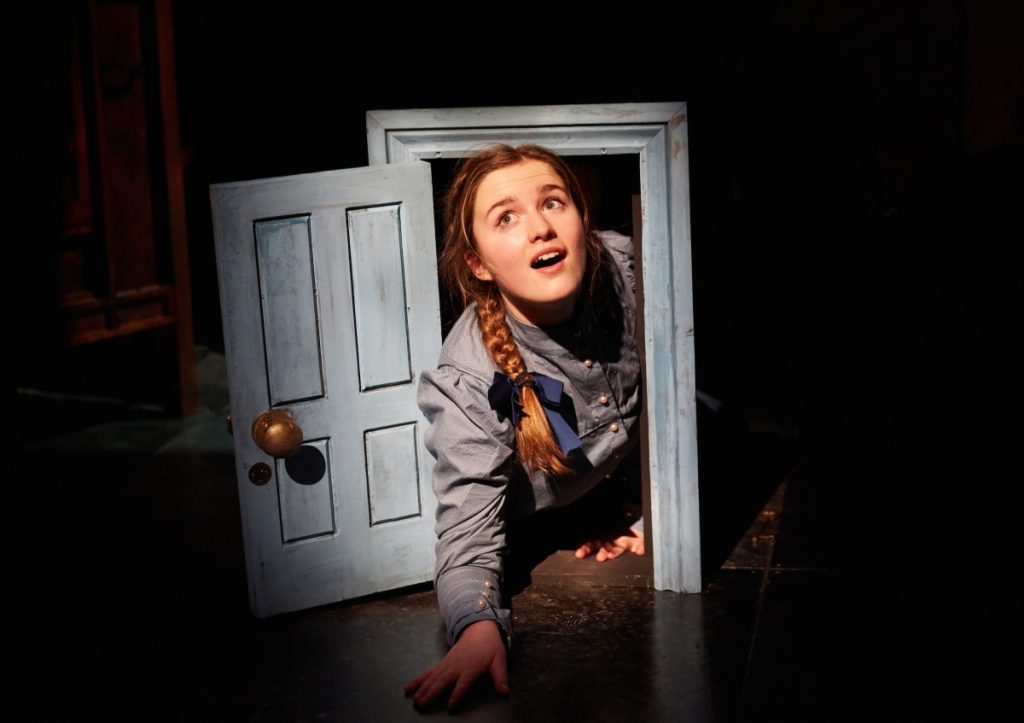 The story of Alice in Winterland

In a very emotional moment on Christmas Eve, Alice wishes for time to stop. The much-loved white rabbit asked Alice to save Wonderland from an eternal Winter, which indicated the epic adventure that is to come. Alice’s childhood experiences played out in Wonderland. Characters from her childhood and Wonderland were played by the same actors, which helped my children understand the connections. The grinning Cheshire Cat supported Alice along the way, just as her Mother did. The Queen of Hearts was defeated, just like her Aunt sent to take her way from her family home.

From this emotional beginning, follows a cleverly produced scene as Alice shrinks and grows, and tumbles into Wonderland. The professional cast continues the action with great gusto and some incredibly operatic performances including the Queen of Heart’s rousing ‘off-with their heads’, and the Mad Hatter’s fun-filled ‘tick tock look at the clock’. The script featured pantomime-worthy humour. There was even some slap-stick as you might expect from a Christmas family show, which had the audience chuckling away, along with some incredible puppetry especially Bandersnatch, which amazed the audience. The set is simple yet stunning, with a great staircase that adds height and interest. The final battle scenes were very well choreographed and had my children on the end of their seats. Heroic and triumphant Alice left a lump in my throat.

Alice in Winterland made a wonderful Christmas treat for children over 5 and grown-ups alike. We can’t wait to see what the Rose bring to the stage next Christmas.

To see the Rose Theatre’s Christmas production for 2018 click here. 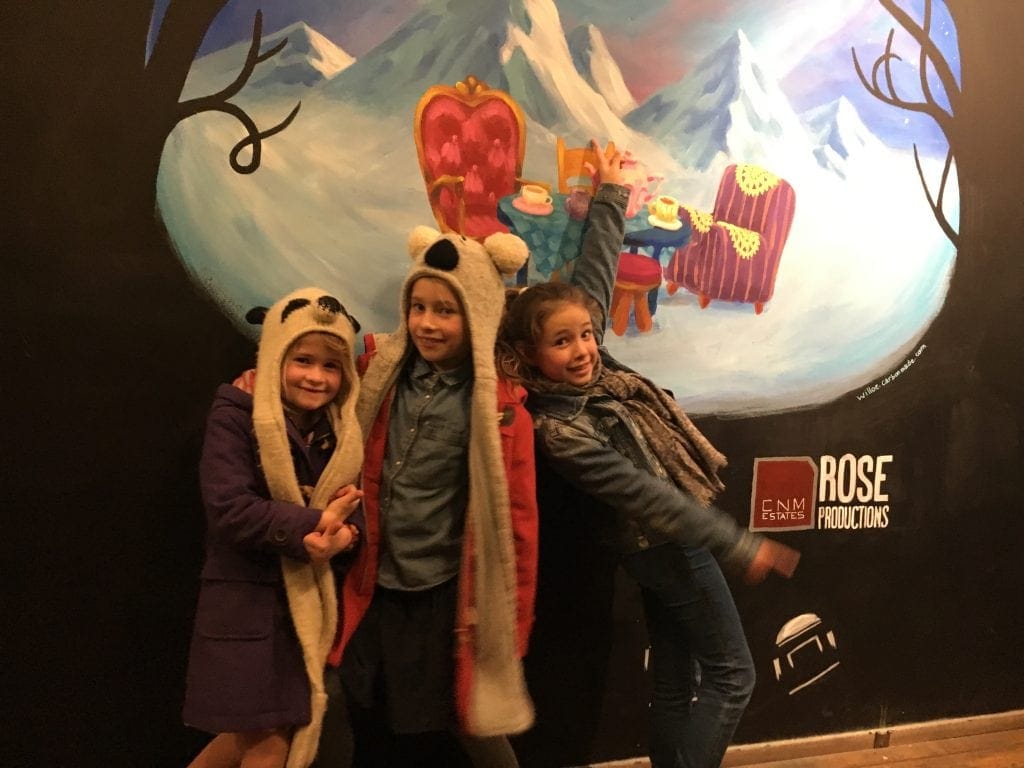 We received complimentary tickets to the Rose Theatre’s Christmas production Alice in Winterland, but all our opinions are our own.

For more inspiration for a wonderful Christmas this year, visit our Christmas section.