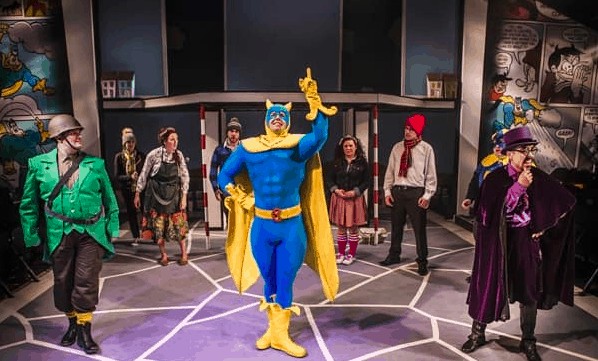 Our Review of Bananaman the Musical

Great family entertainment has a balance, something for both adults and children, and Bananaman the Musical at Southwark Playhouse managed this easily.

Acacia Road is where the the play is set, a boring place, where ‘nothing ever happens’. Until two evil men turn up with evil plots, for acacia Road is where a comet with a mysterious glowing power is going to land. Eric Wimp is a bright boy who works at his mums fruit shop and has a crush on his classmate and roving reporter Fiona. He also wants to see the comet land and sets out to watch, armed only with a sandwich and a banana. Following him as he goes about is Crow, always watching, unseen and unheard until the comet lands. For reasons of his own he is Eric’s loyal and devoted friend and supporter and steals many of the scenes he is in!

Eric Wimp is just as much the star as Bananaman in a plot that praises the hero in us all.
I loved feisty school reporter Fiona who found that girls don’t need a hero and can rescue themselves! She sings a powerful solo, Pretty in Pink, that fights all the stereotypes of a damsel in distress waiting to be rescued. My son Joseph loved the evil, and wonderfully incompetent, villains Doctor Gloom and General Blight who have the funniest lines and the most ridiculous costumes, disguising themselves as post boxes, bins and statues as they skulk around Acacia Road. We both agreed Banaman himself was superb. His entrance is much anticipated in the first act and he is everything you hope for, including ‘a chin line you can see from space!’ and a marvellous costume, he powers through the play with a giant smile and the confidence of a hundred showmen. We were very impressed!

The scenery moves constantly throughout the play with props moved and adapted throughout in intricately choreographed set pieces. The stage is on two levels and a staircase on wheels helps adapt the space from a bedroom to an evil lair to a haunted house or a rooftop. Only once did something go wrong, when Chief O’reilly almost broke the giant safe he was climbing into! He handled it with charm and humour and we all laughed even harder for it.

With silly puns, witty one liners, brilliant singing and a considerable amount of slapstick, it was laugh out loud funny from beginning to end. It was a small group, the actors skilfully changing from schoolchildren to evil henchmen, from townsfolk to villains and heroes, and they were all at their best belting out the brilliant and intricate group numbers. I was very impressed with the energy of the whole group and the singing was excellent. The children in the audience were riveted and entertained throughout and not one caused a fuss.

Check out our video review too! NB: Abigail and Joseph received complimentary tickets to see Bananaman The Musical but all views and opinions are their own. 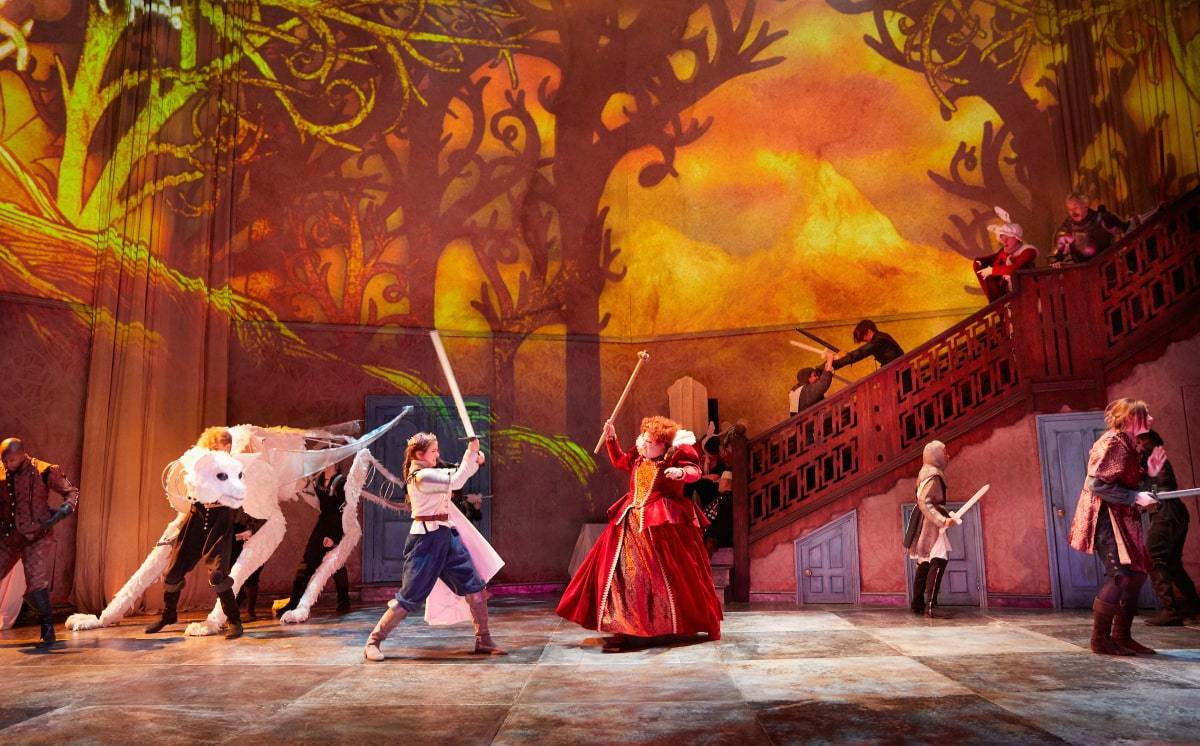 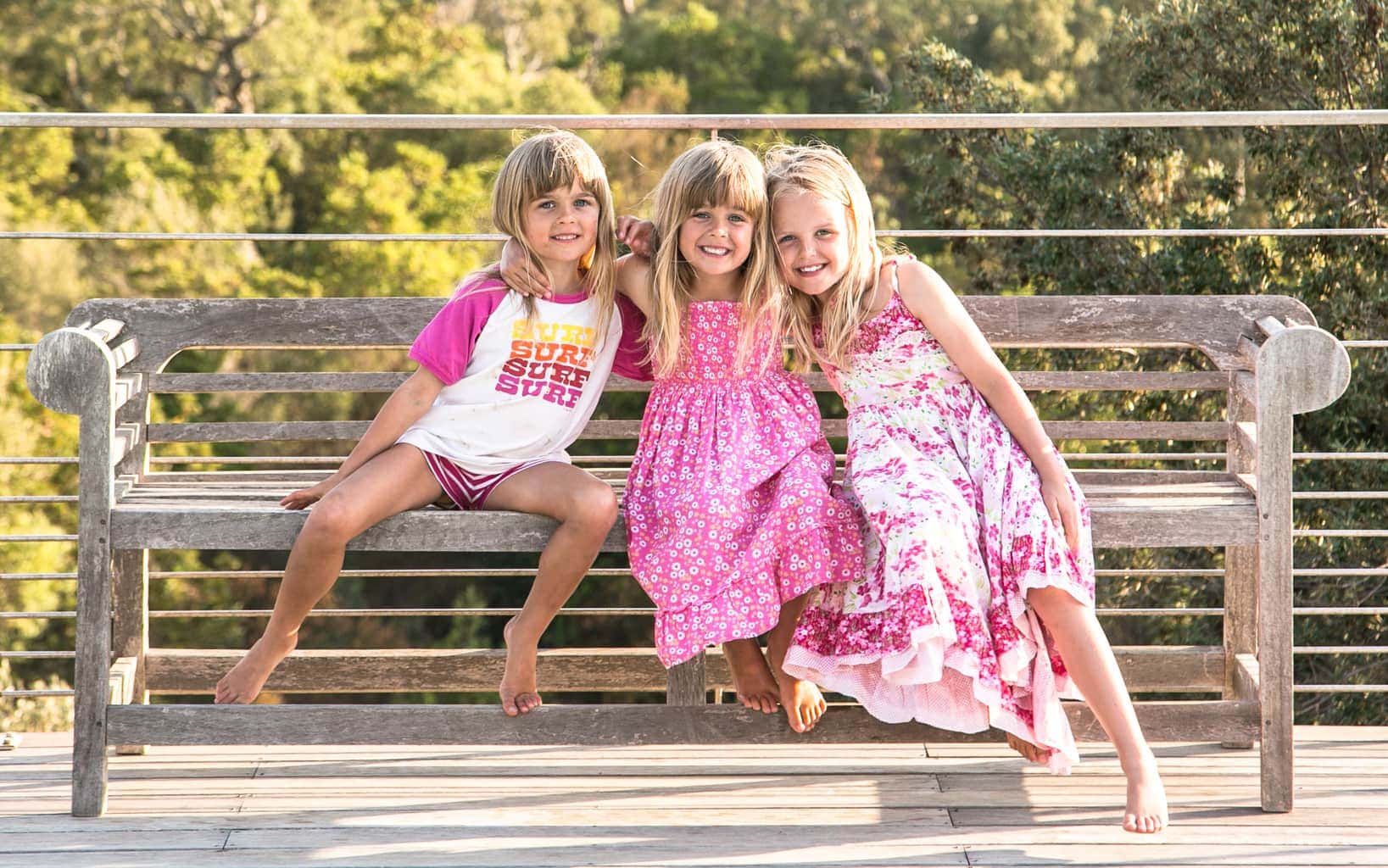 What a great review, Joseph, it’s sounds like you really enjoyed the show!

The vidio is nice travelling with kids is really fun.