On arrival at Elewana The Manor I felt like I’d stepped back in time. It was just like an old colonial English house and it was raining! We were led through reception into the main house and wandered through a large hallway into the piano bar. We were told about the snooker table, the cinema room, the pool and the croquet and then shown to our room. Well when I say room, what I in fact mean is our 3 bedroomed, 3 bathroom cottage at Elewana The Manor. 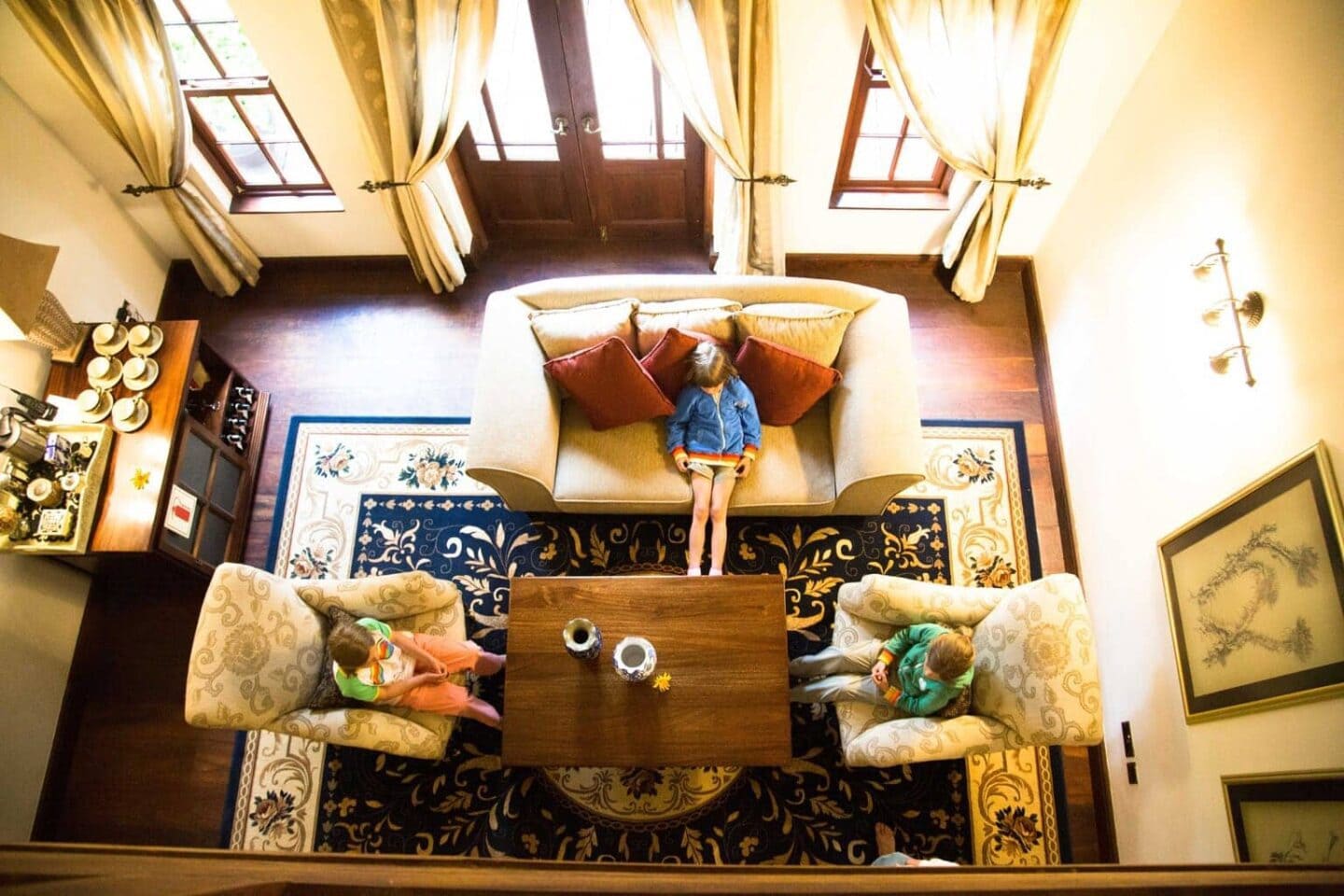 Having been in the car for nearly 9 hours again when we arrived and seen an incredible amount of animals over the last 5 days we decided to take a rest day the next day at Elewana The Manor and not head out to Manyara National Park which had been on our agenda. I’m sure Manyara National Park is beautiful but we just needed to give the kids a break before the next part of the trip.

Having see Elewana The Manor and realised what space we had, we knew we had made the right choice. Alex our Butler for the two days, came over to our house to take our dinner orders and also brought pre-dinner gin and tonics for the grown ups. Wifi worked well in the house and we all had some down time (played a bit of lego) before hot showers and a wander over to the main house for dinner. 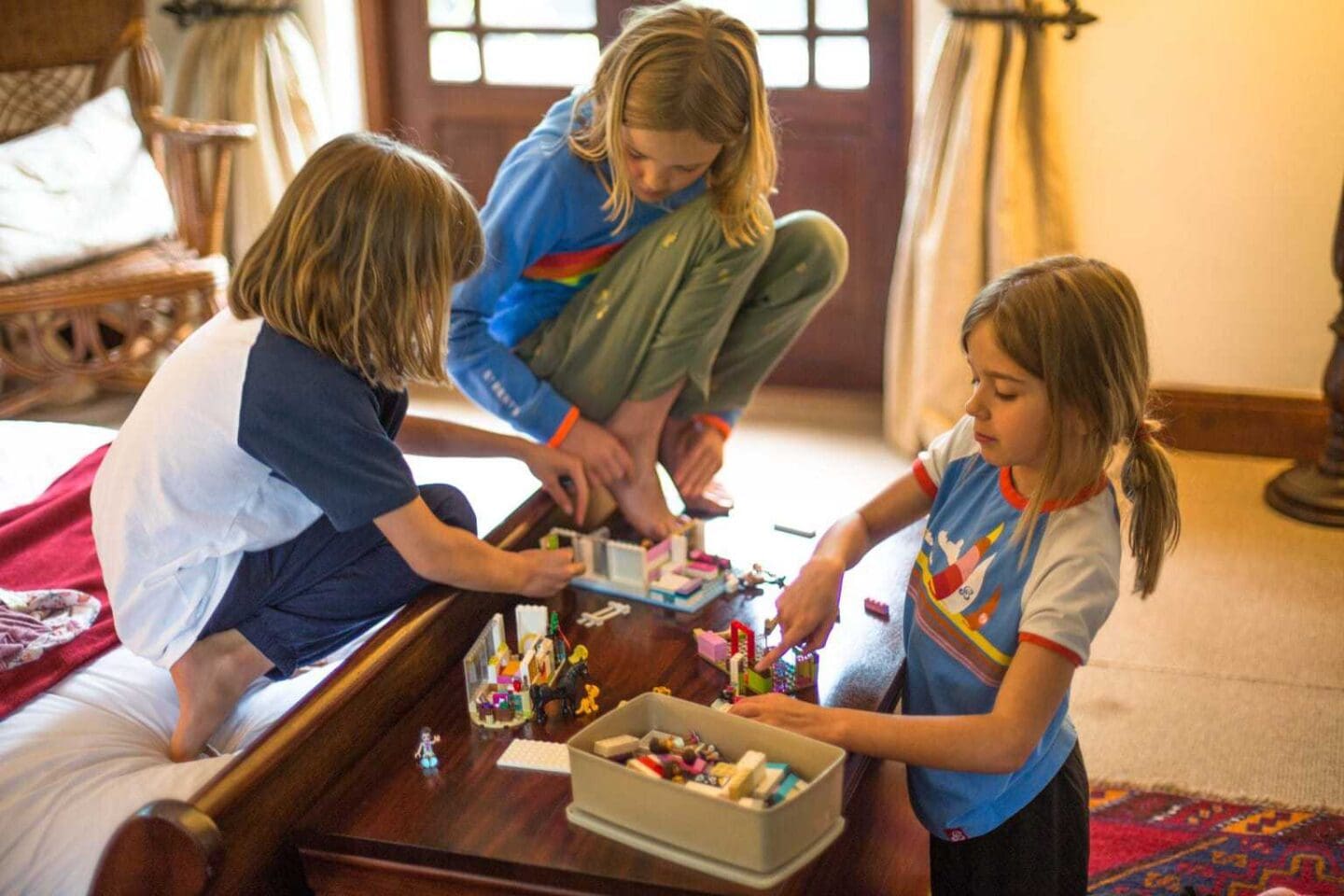 For dinner at Elewana The Manor, the children could choose from a dedicated kids menu (albeit they can choose off the adult menu too) including home made burgers, fish fingers, pizza and nuggets along with a whole host of other things; our kids were delighted. We however were treated both nights to a 5 course tasting menu! I wasn’t expecting that. The food at Elewana The Manor was delightful, as was the wine and we whiled away a lovely evening as the kids retired to the lounge to play cards whilst we finished our meal. There was only one other couple there on our first evening and we couldn’t work out where they were eating until Lily decided to go and play snooker downstairs and saw them eating a candle lit meal in a vaulted area where we were to have our dinner the night after. 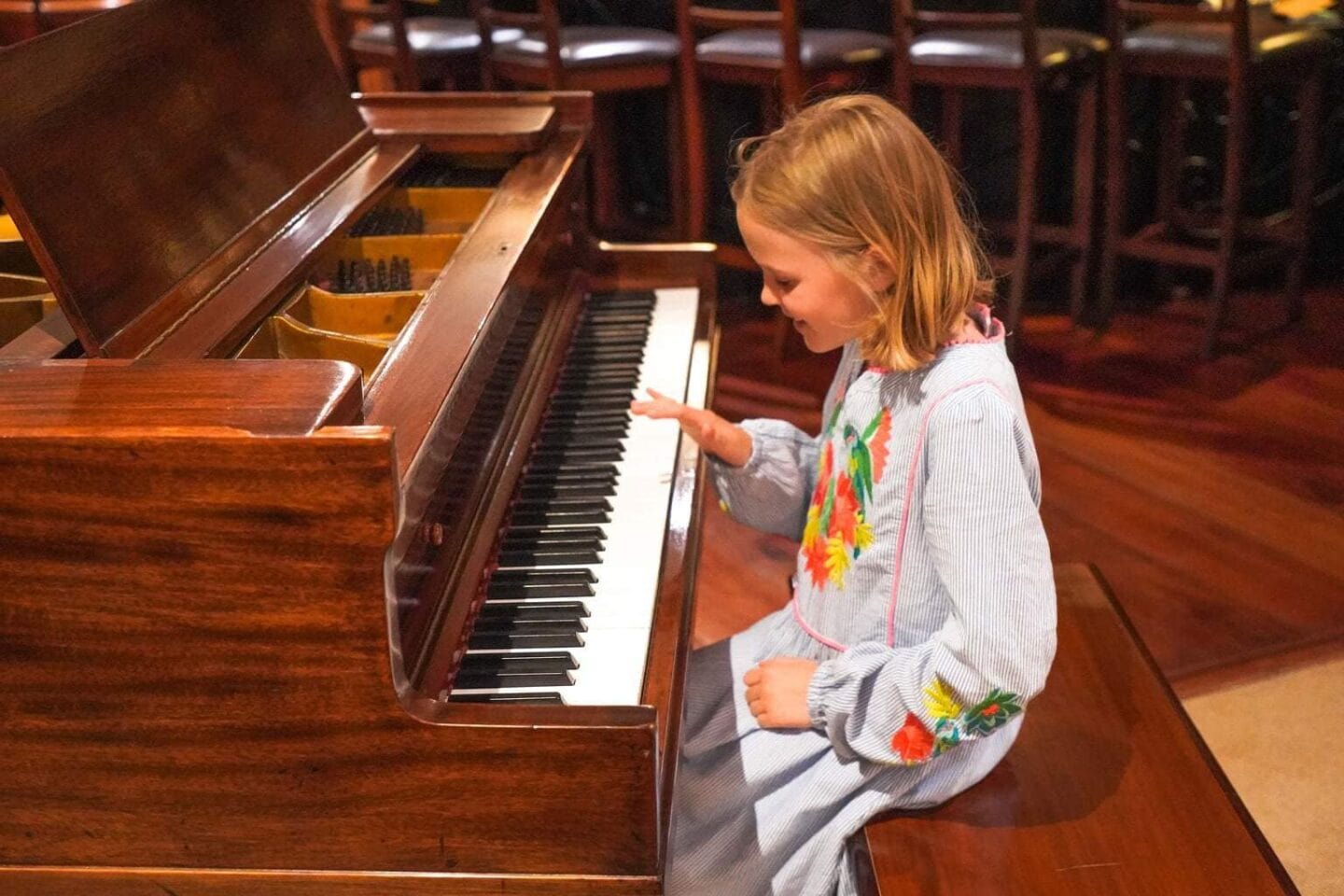 We all slept soundly that evening and whilst we awoke to mist and rain it soon cleared. The breakfast menu at Elewana The Manor wouldn’t be out of place at The Wolseley in London. There was flapjacks with maasai honey, cinnamon and berry coulis, toasted brioche with black forest ham, camembert, avocado and scrambled eggs, the best French toast I’ve ever had and some more traditional options such as a classic English breakfast, porridge and homemade museli. It was all divine.

Croquet on the lawn followed breakfast, then some games in the house including hide and seek (yes it was that big) and then some lego playing too. Lunch came around really quickly which was set out for us by the pool. A fire was built in case we were too cool outside and extra blankets available too. I loved the fact that every meal they found a different location for us to eat in. It kept us guessing and made it all more fun. 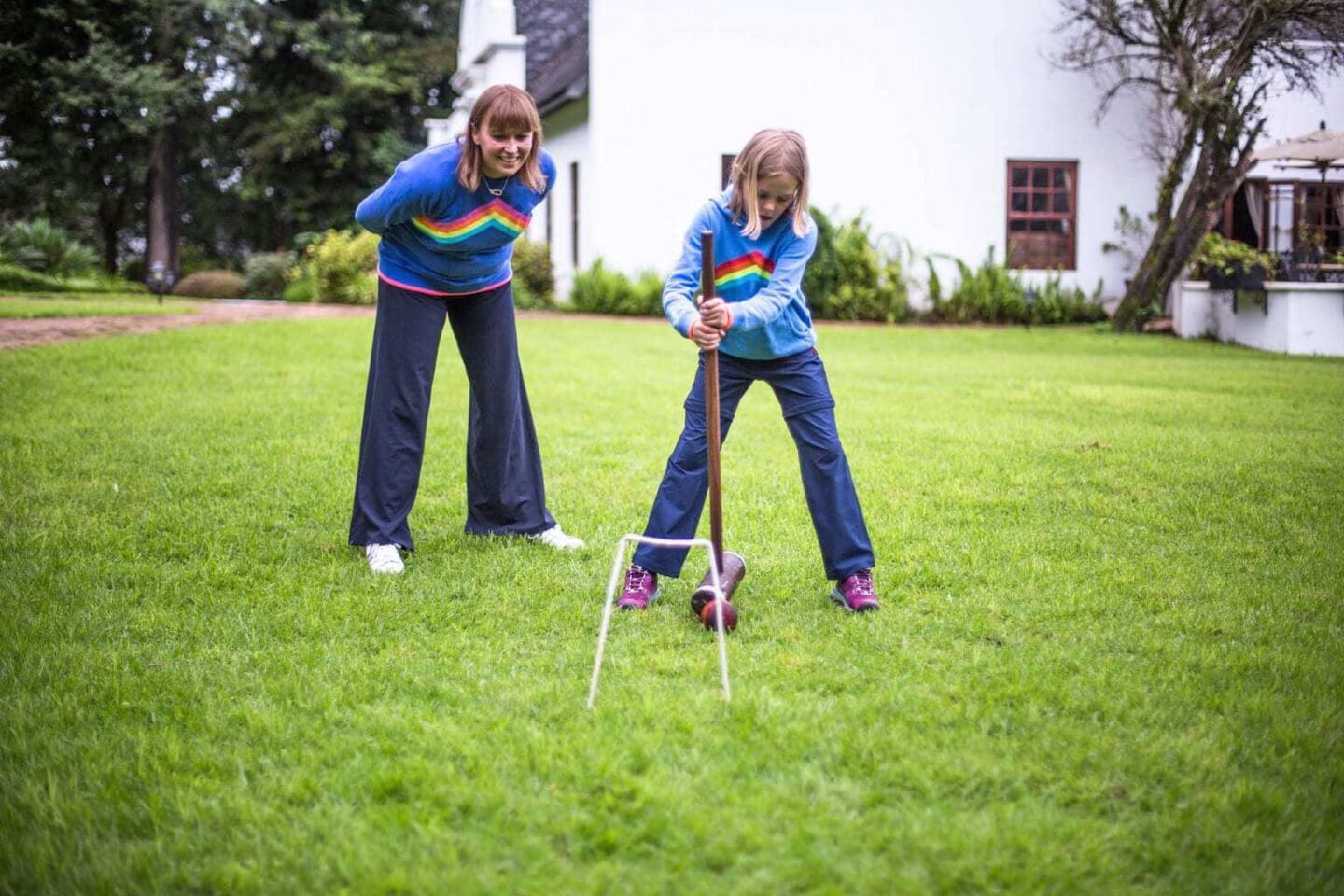 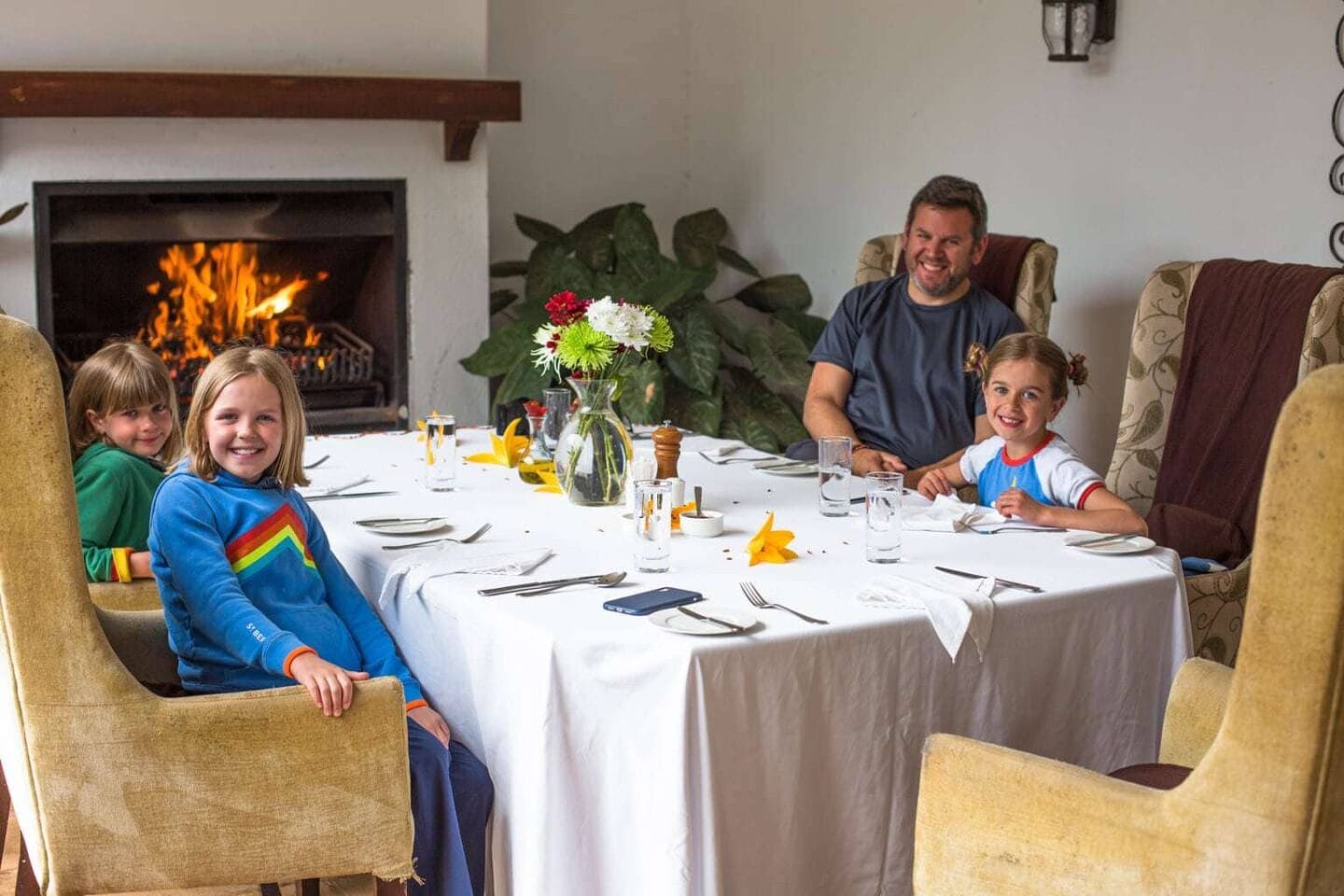 The staff at Elewana The Manor were really attentive, not over bearing but made sure that you could always get a drink if you wanted one or of you needed any help. The kids not to be deterred by rain and a cooler temperature made their way into the pool. I think they managed half an hour before they got out freezing. They snuggled up in blankets for a while but then decided to head back to the room for a bath. 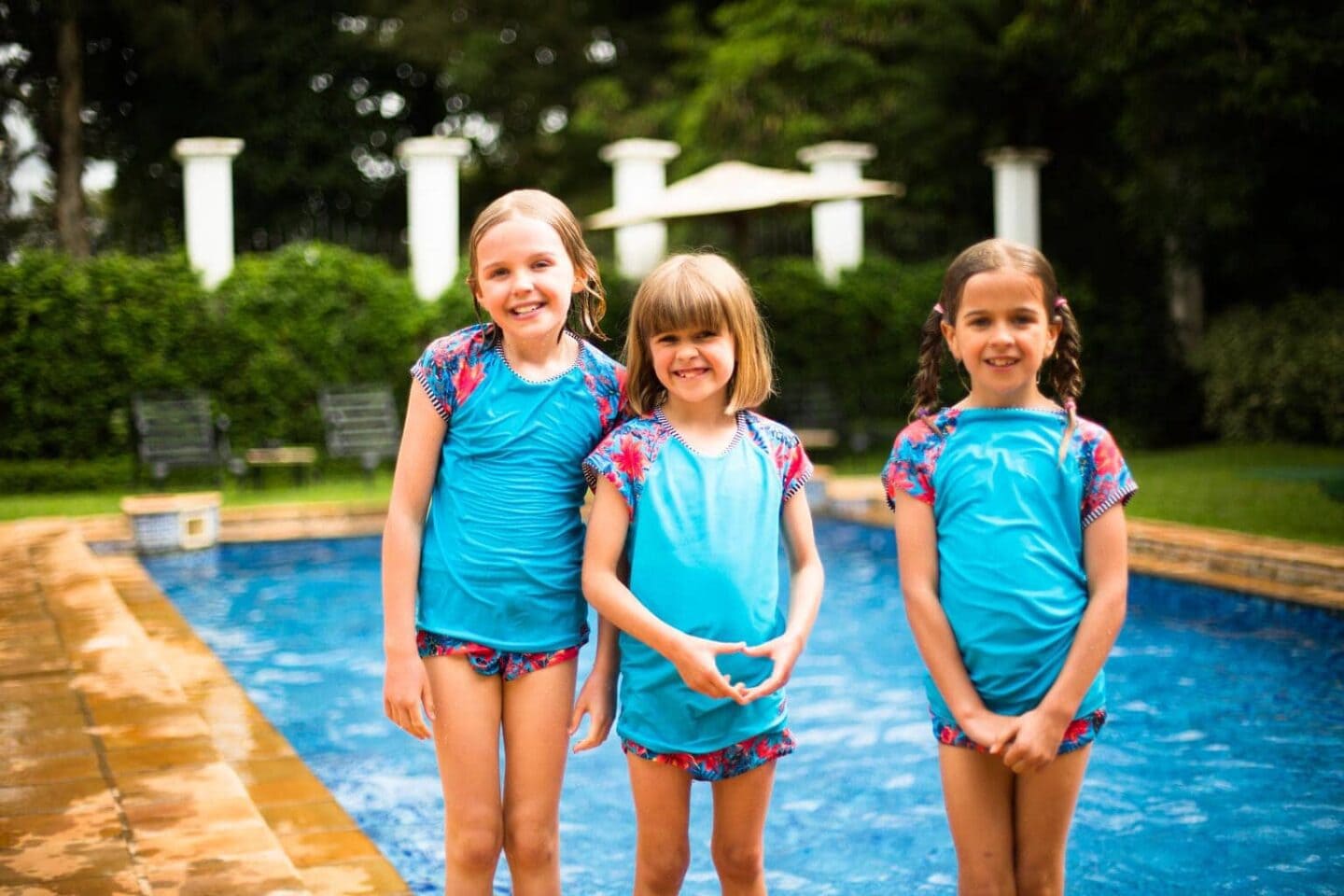 I was just putting the swimsuits out to dry when the kids announced that two really hot bubble baths had already been run for them. I thought that attention to detail was absolutely incredible. The staff knew they would be cold after a swim and so had run both baths. I was genuinely impressed by this and told them all so. 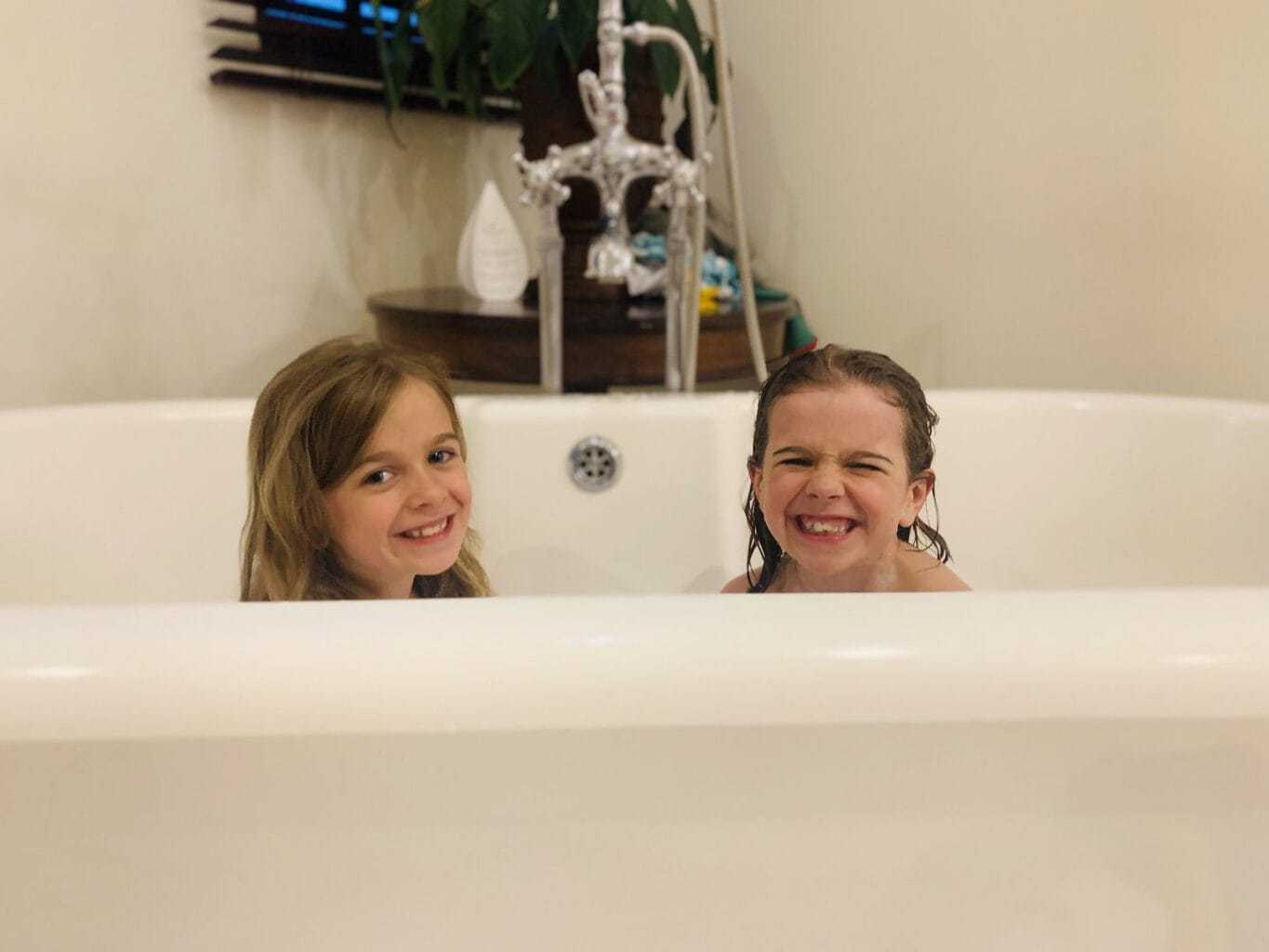 Our dinner that evening was served in the vaulted basement. It was such a pleasure to be in such a lovely hotel but not to be worried about the kids making a noise and spoiling any of the other diners mealtime. I’m not sure they would do but as a parent you always worry a little bit. As we were near the snooker room the played snooker until dinner was ready and then watched a movie afterwards whist we retired to the piano lounge. 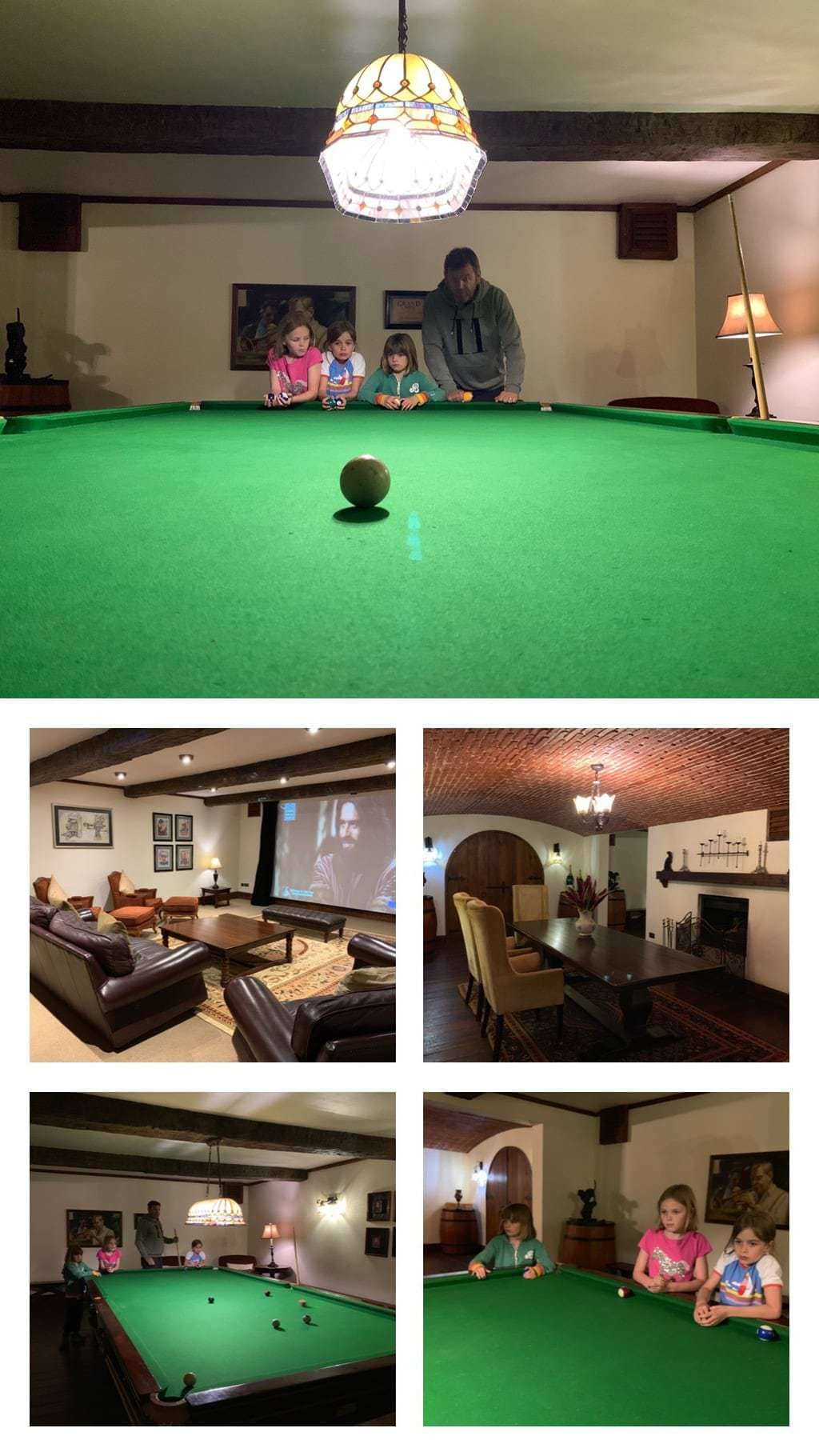 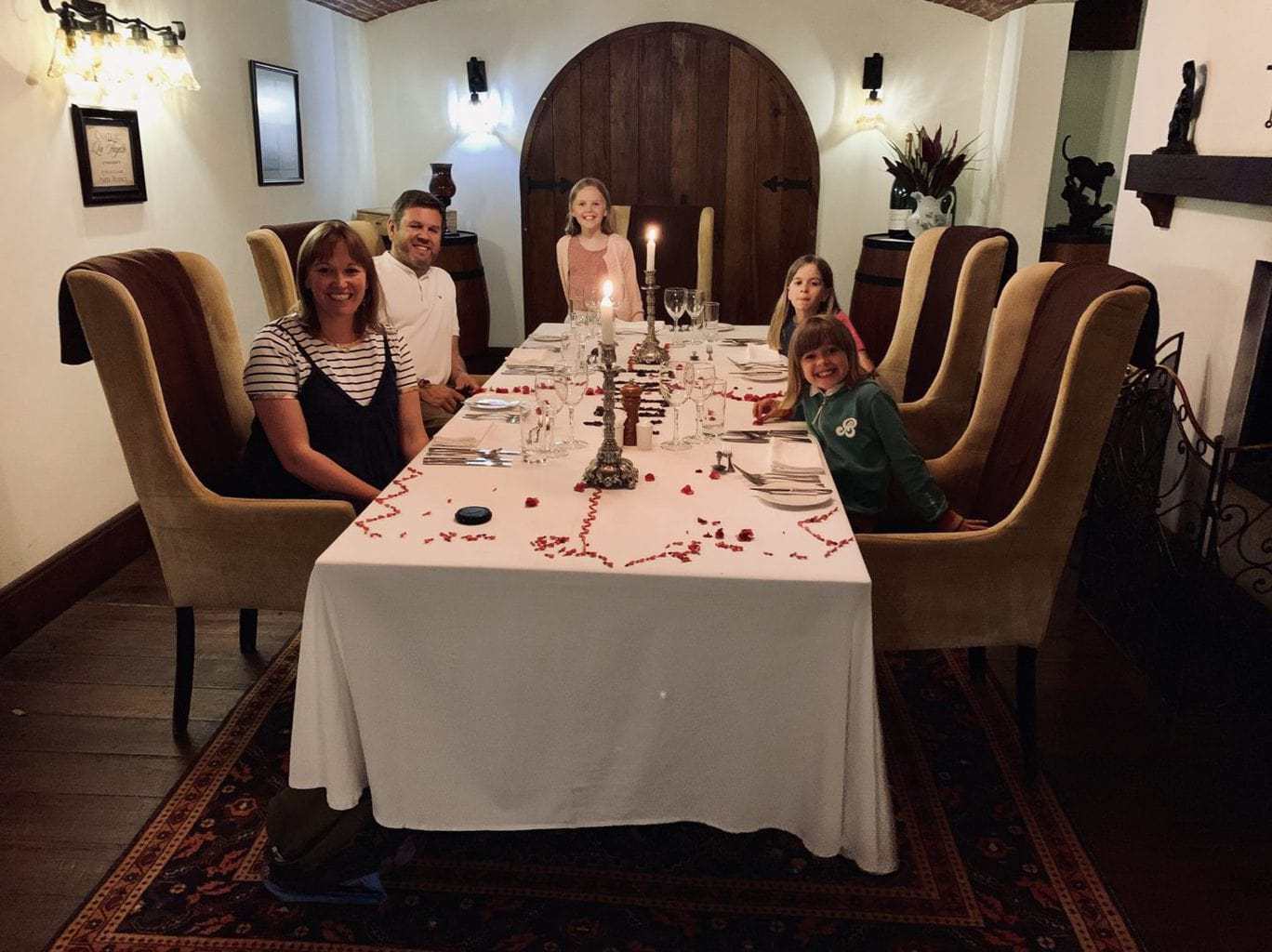 Our time at Elewana The Manor was all about rest and relaxation and eating fine food. It’s also the perfect place from which to explore the Ngorogoro Crater and Manyara National Park.

If you want luxury and refinement in Tanzania then this Elewana The Manor is the place for you. Very family friendly too. 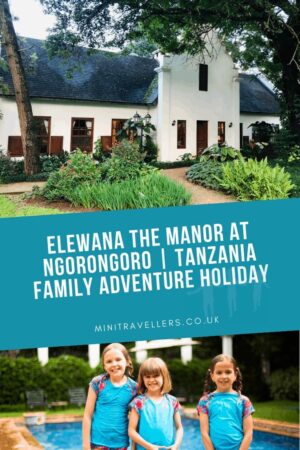 What a fabulous place to stay, who’d have thought there would be a beautiful Manor House so far out in the bush.