Here is how I did Disney with Kids – Plan it! Wing it at your peril!

I planned Disney obsessively before we went. It’s safe to say that I’m not someone that usually ‘wings it’ at the best of times but I knew from experience that Disney was not one of the things to just rock up and enjoy! It should be, it’s the most magical place on earth after all, but take my advice without a plan it really isn’t! So here is how I did Disney with Kids – Plan it! Wing it at your peril! 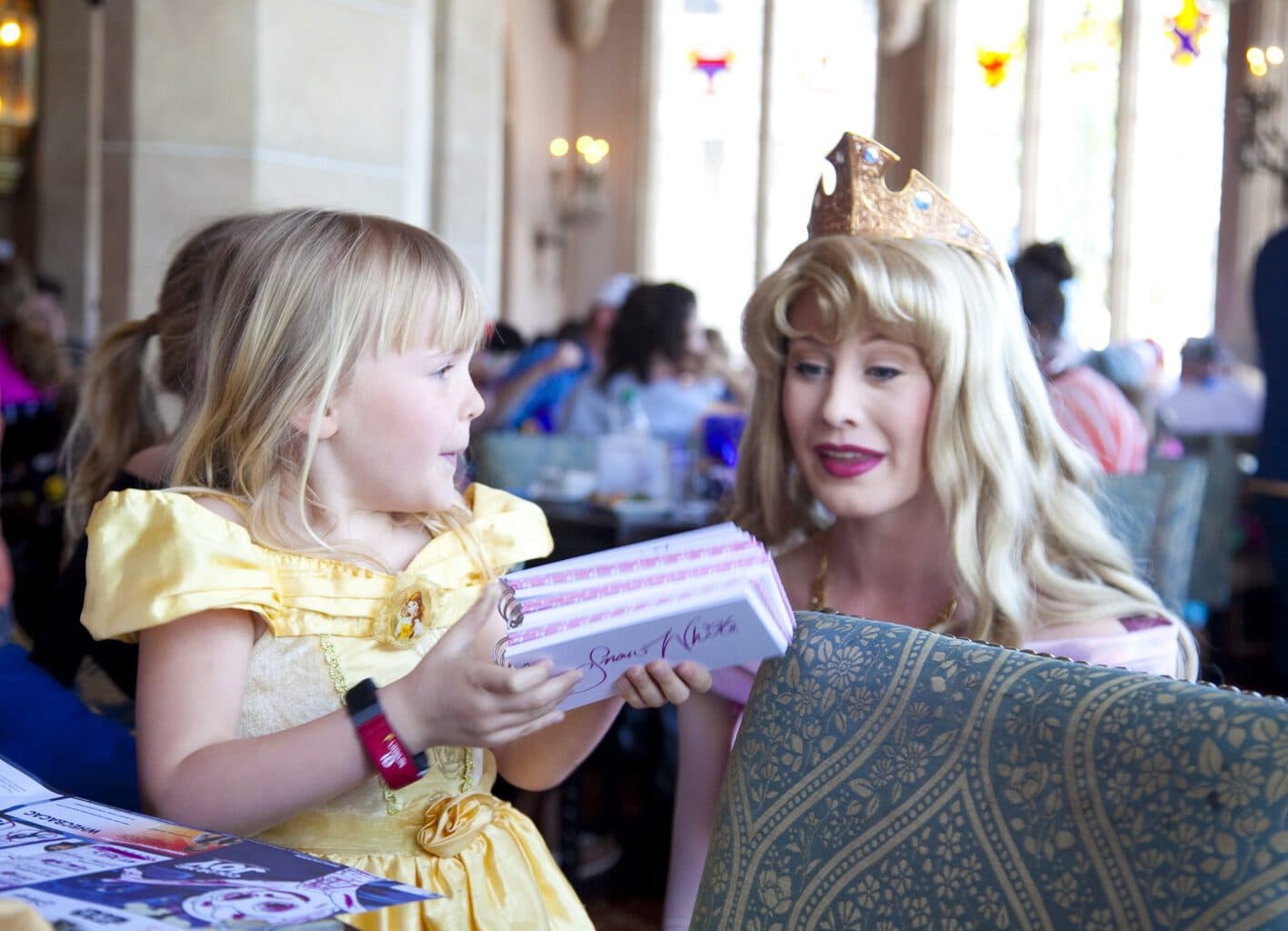 My advice having come back would be to plan plan plan and then plan some more. Believe me it really is worth it even if beforehand everyone around you thinks you are crazy and loosing the plot!

I read lots of blog posts like this, I listed to an amazing Podcast (WDW prep school) if that’s your sort of thing, I googled and pinned advice lists like mad!

For me the key things I learnt and I did were as follows:

1. Decide what time of year you want to go and check how busy the crowd calendars say that time of year is? Consider if you can cope with that level of crowds or if a quieter time would be better.

2. Decide which things you want to do when you are in Orlando, there is so much more than Disney. We did Legoland, Kennedy Space Centre, Sea World and Universal in addition to the Disney parks and water parks.

3. Look at a crowd calendar (once you’ve decided on dates) and decide on which days you are likely to want to do which parks. This is particularly important for the first week and all the Disney Parks, so you can book your fast passes: more on that later. The crowd calendars estimate when each park is likely to be at its busiest or quietest based on previous years crowds and any events or holidays.

4. Plan your week/two weeks.  Even if you don’t want to look at a crowd calendar (as you think this is a bit much) you do need to decide which days you are likely to want to go to which parks so you can book your fast passes.  We did a plan before we went which you can find here, and tweaked it slightly when we were out there.

Why do you need to plan?

You need to plan because if you don’t plan you will spend all day queueing! At around 11am at Magic Kingdom practically everything around us had a queue of over an hour, some nearly two. If we hadn’t had fast passes booked to go pretty much to the front of the ride I think we’d have admitted defeat and left the park til the next day.

People tell you the queues are interactive – and they are to an extent – but queueing for that length of time with my husband never mind my kids is unthinkable. 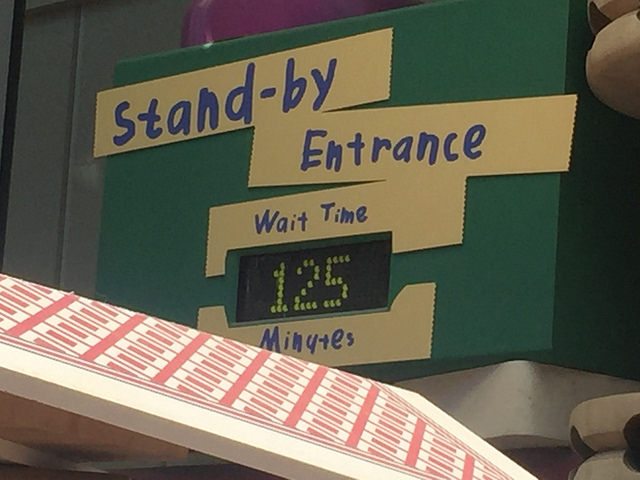 5. Book Fast Passes.  There are much better posts on fast passes than I could write, here for example, but basically you get to book for free, a window within which you can get on a ride quickly without much queuing. You can book 3 of these per day.  However to book your fast passes, you need to know which park you are going to be at; and, unless you like dashing from one end of a huge theme park to another, you need to know whereabouts (ish) in the park you are going to be too. For example there is no point having a fast pass to get into Peter Pans flight at 3pm if you are on the other side of the park with three kids and you have no chance of getting back in time.

6. Get to the Park Early!  So if all the above wasn’t enough you need to be at the parks before they open for that plan to all work! We got more done in the 2 hours between 9 and 11 than the rest of the day put together! And when I say early I mean before they open, we got there by around 8.15/8.30 for a 9am opening.

As I type this post I can hear people sighing. That is too complicated. Let’s just wing it! I know the feeling I really really do. 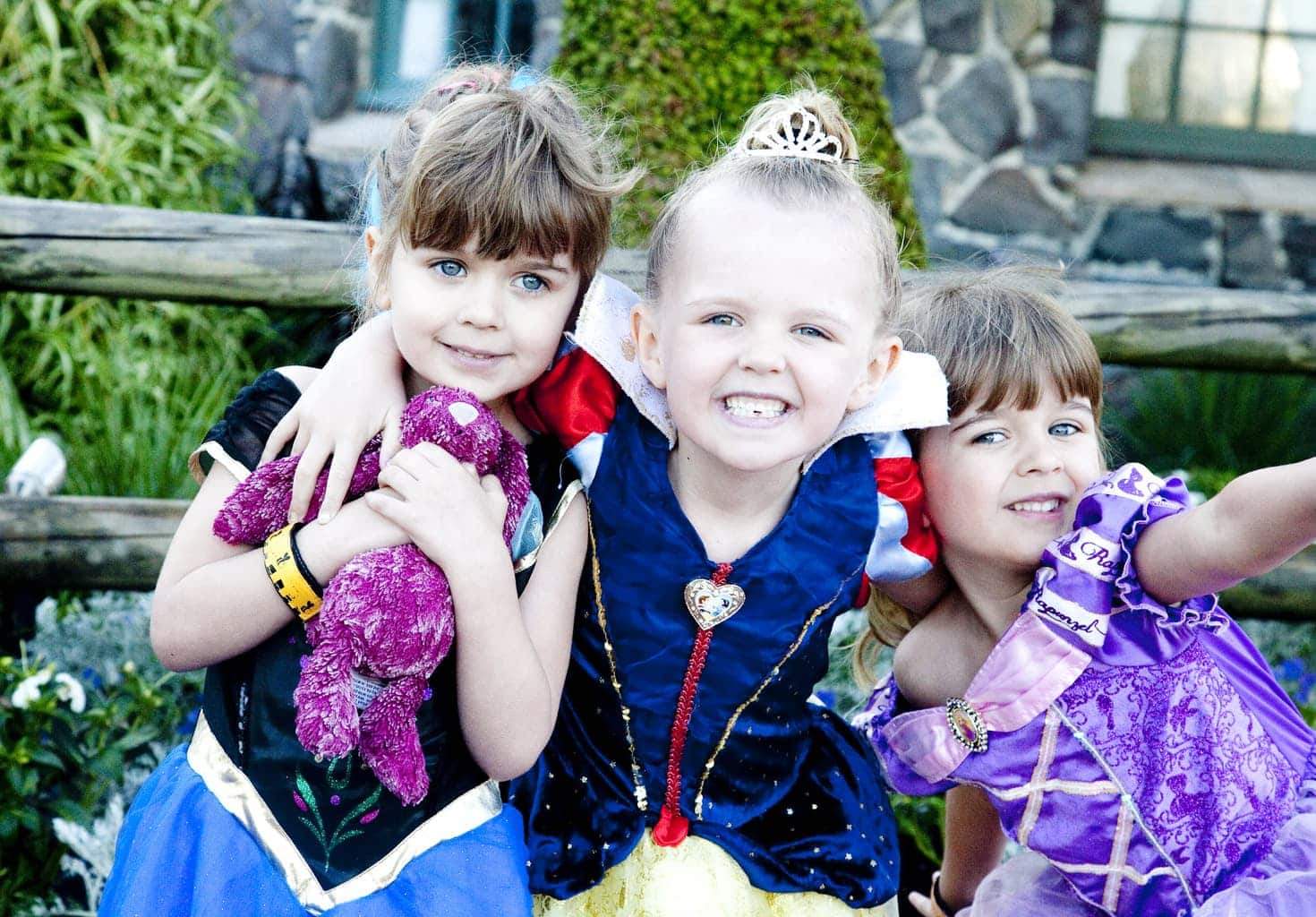 Oh and also if you are staying on site at Disney you can book all your restaurants at 180 days out and rides at 60 days out, and if you don’t stay on site you can do this at 90 and 30 days respectively. So that means you not only need to know what days you want to go to the parks and what order you want to go round them, you also need to know this between one and two months before your holiday!!! Crazy!

Are you exhausted yet? I was and we hadn’t even visited yet!!

We didn’t really queue!! It worked and we made our way round the parks mostly riding everything we wanted to ride without queuing and secretly enjoying the fact that we could ride Peter Pan in 5 minutes when the ‘wing it’ people had to wait 2 hours!

If you are looking for manic excitement then Disney is it!!

Why not PIN this for later. 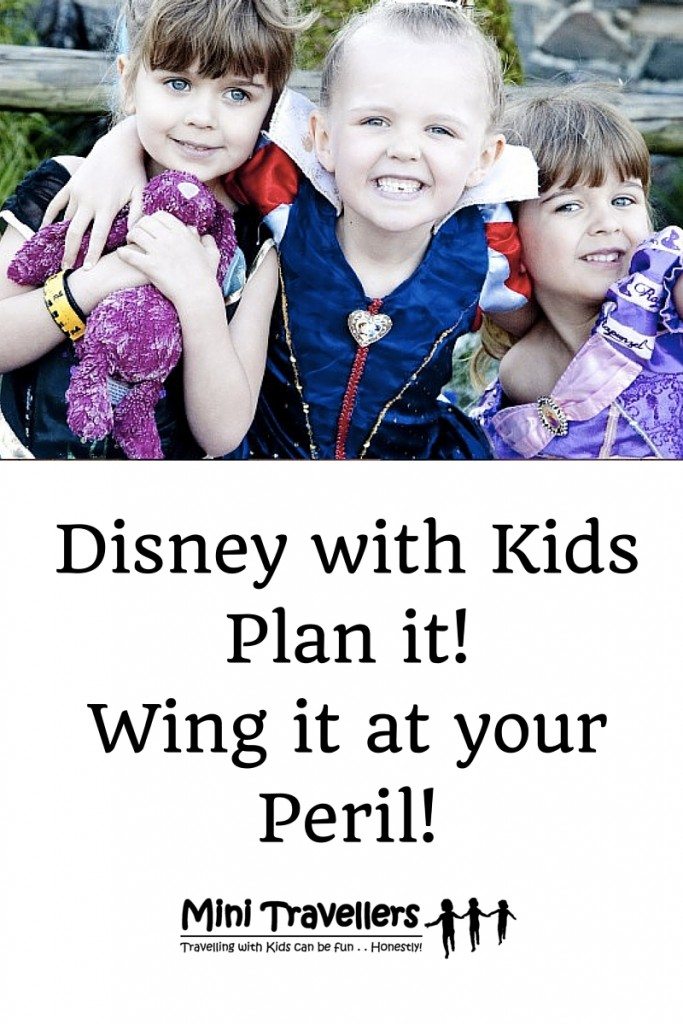 Couldn't agree more! I've just finished out dining reservation planning and will be getting started on our Fast Pass planning soon ready to book them all in June! Great post, I can't wait to take my family this year :)

I do love a good planning session! D hates to do it, but I'll show him this post when we finally get round to doing Disney. Anything to avoid two-hour queues!

Great advice Karen. We are planning on visiting Disney next Spring, I will definitely be putting the crowd planning calendar to good use;)

Yes I agree, plan and plan some more. The crowd planner we printed and took with us so we could decide on the day if we wanted to change things and I'm glad we did. We've been twice now within 3 years and the second time was completely different to the first as the children were that bit older. The first time we planned it too much and it felt too rigid. Second time we left it more flexible. More because we couldn't get many fast passes as all the resort guests had booked them up, and that was at the quietist time of the year! I think we have done Disney now and actually preferred sea world which we went to twice as well as Busch gardens. A day over at clear water for the beach was amazing too as we watched the Dolphins wild from the shore.