As most parents will be able to agree with our children are becoming ever more IT literate and the rise of the YouTube generation is in full flow. I have to admit I am not really a computer game player but my kids are finding there own interests. When I had the opportunity to attend the Digital Kids Festival at Event City in Manchester with the draw of seeing You Tubers and trying out new and exciting games I jumped at the chance.

I decided to take my eldest son (7 years) and his friend as I wasn’t sure my youngest would like it. If you’ve never been to Event City before it is enormous and that added to the excitement of what would be on inside. The only negative was right at the start of the day as we queued for nearly an hour in the cold trying to keep two boys warm before we entered the arena.

Having looked before we went at what was on offer I knew there would be plenty to keep the boys occupied. Once inside although the queue had been so long it didn’t feel over crowded and most displays and games were available with only a small wait. As we had got in later than expected we missed the opening live show so went straight to the Lego robotics workshop where the boys built motorised fairground rides with the help of the staff.

We then moved on to try our hand at VR games something I had never experienced and had to laugh at my son walking around as if he was in the game. A big draw was the Lightseekers game (free on all devices ) which incorporated tablets with models that could be bought separately to bring the game to life.  The boys loved the idea and the game was downloaded as soon as we got home. They also loved playing with the Hexbug toys and the varying array of buildings set up, racing cars round a track using a mobile phone. 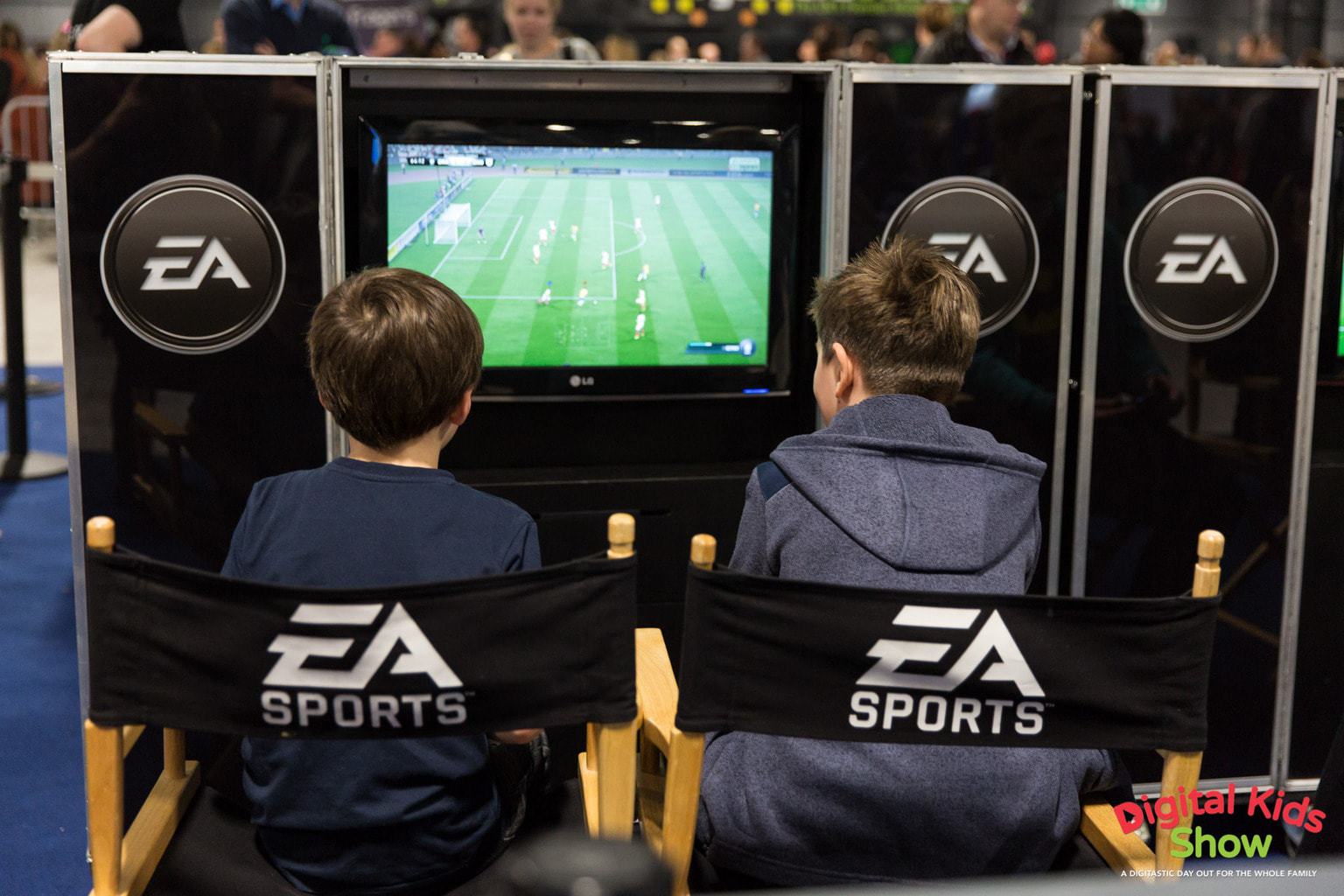 There were a large number of computers set up for Minecraft and a live Minecraft demonstration on stage. The boys haven’t discovered it yet but clearly hundreds of others had. Facilities in the arena were good however the cafes got very busy during lunch time with long queues. There were also long queues to meet the celebrities and get autographs.

The commando inflatable assault course was a hit.  It was a Manchester City themed area where you could try your hand at a penalty kick against a virtual goal keeper and have photos taken with virtual players.

There was certainly lots to do if your children are into gaming as well as YouTube however for my boys it didn’t grab them. Having said that we were there for 3 1/2 hours so it was not a wasted trip. Having seen the faces of other children having an amazing time if you are into Minecraft and similar games am sure this would have been the perfect day out.

The Brick Castle for example thought that “Digital Kids Show is fantastic for any child who is interested in tech, computing, You Tube or gaming. My boys think all of that is amazing and they had an excellent time” and you can read their review here.

You can also read our review from Digital Kids Show 2016 here.

Our trip to Digital Kids Show was free of charge for review.