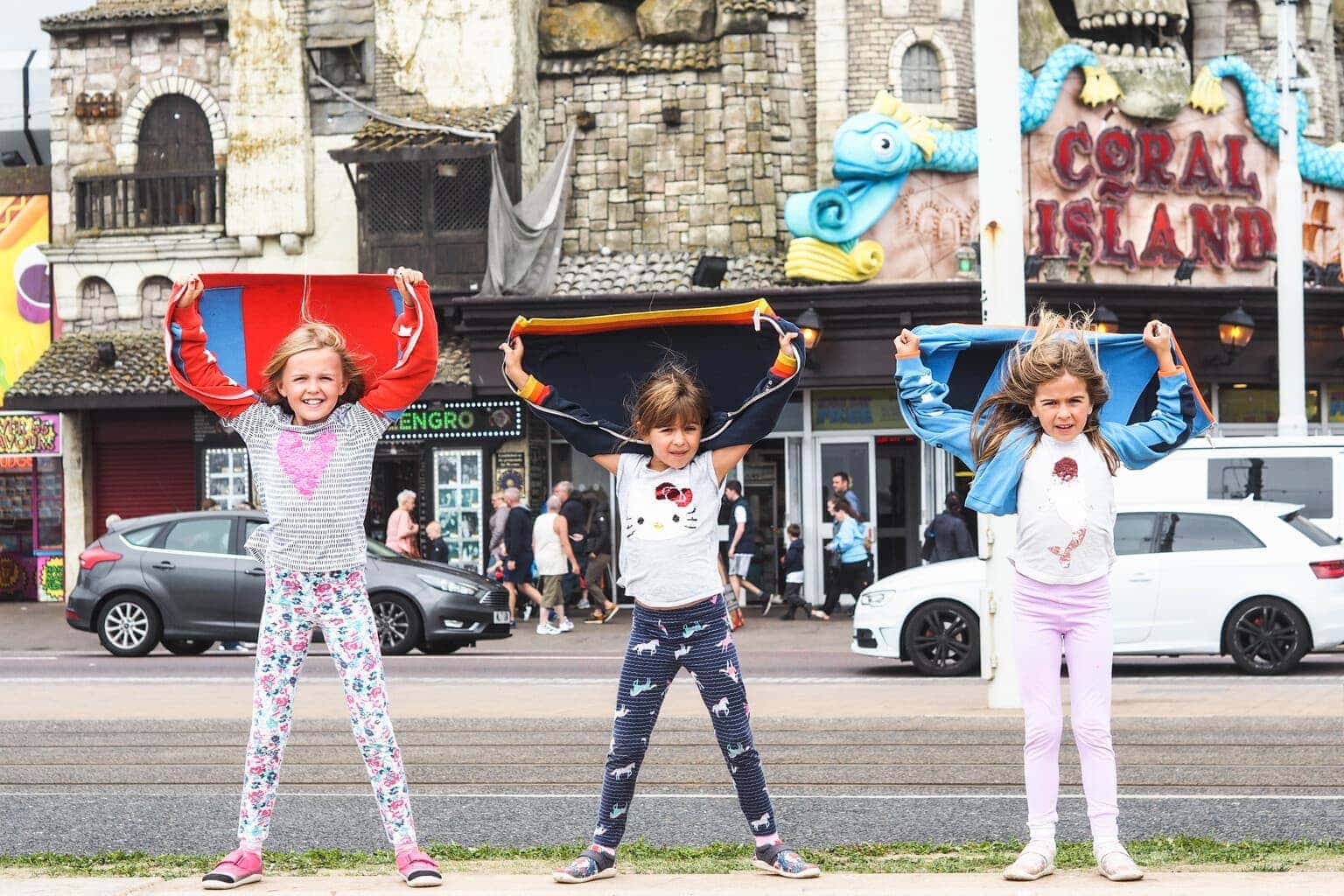 So you can take the kids on numerous day trips, family holidays and exciting activities but I find that nothing gets them quite as excited as flashing lights and 2p slot machines. It’s the way their faces light up at the possibility of the win and the giddiness that sets in when the money finally drops! So off to Coral Island Blackpool it was.

NB: We were invited to Coral Island Blackpool in order to review.

Arcades, fairground rides, the smell of fish and chips and terrible weather was all part of my Summer holidays as child in Abergele. Our day trip to Blackpool from where we were staying at Ribby Hall was no different. It was windy it was blustery, it rained a little, and when it rains there is no place the kids would rather be when on Blackpool front than in one of the many arcades. We went to Coral Island for our arcade fix, so what makes Coral Island the arcade of choice? 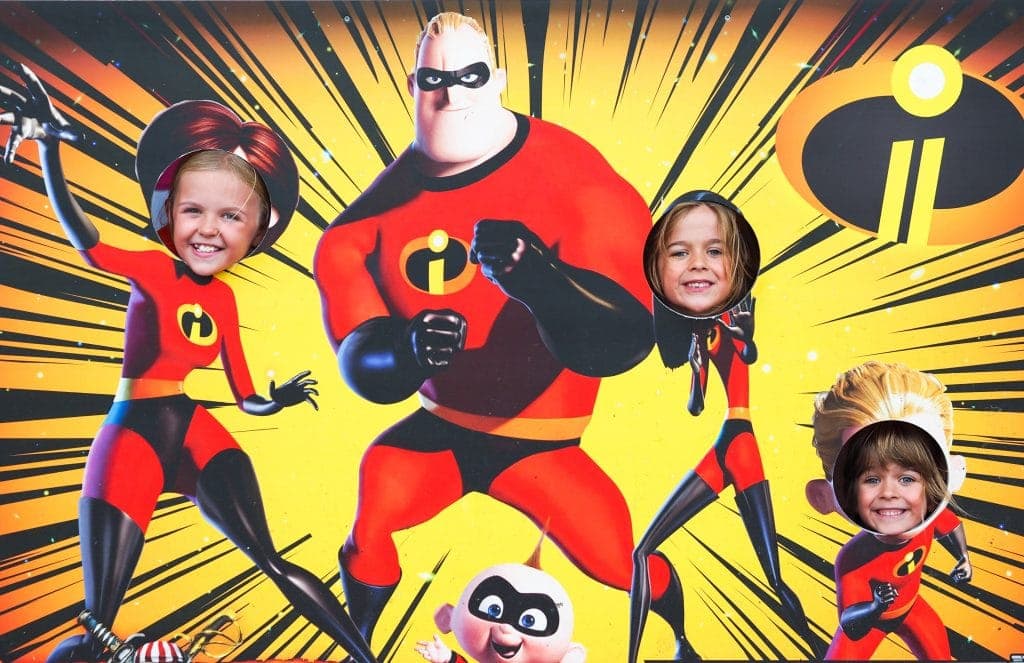 Well for a start it’s the location of Coral Island Blackpool. It is right next to Blackpool Tower and just up the street from the Sea Life centre, there is also a really handy car park just opposite it – Bonny Street Car Park. If you’re driving straight to the car park, make sure you put the post code for that into sat nav as you can’t drive along the front and turn right into it like we tried to do!

Coral Island Blackpool is open from 10am in the morning until midnight! Plenty of time to get your arcade fix!

If you’re meeting friends and family then its a great place to meet. You literally can’t miss it when you’re walking along the front. Whether you describe it by reference to the huge parrot on the roof or the skull and crossbones, everyone will immediately know where you mean. 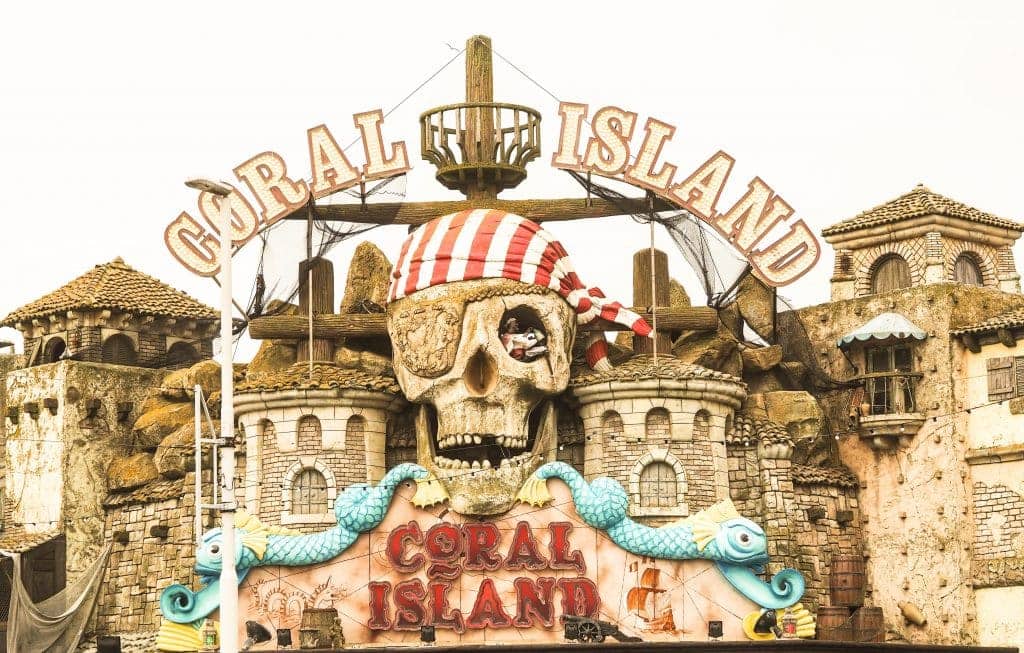 From the lady in the change counter to the staff in the restaurant and the people playing the other machines. Everyone was lovely friendly and polite. It was a little tricky to find someone to help with the machines when the 3p’s got stuck or the tickets didn’t come out, but when they arrived they helped happily. 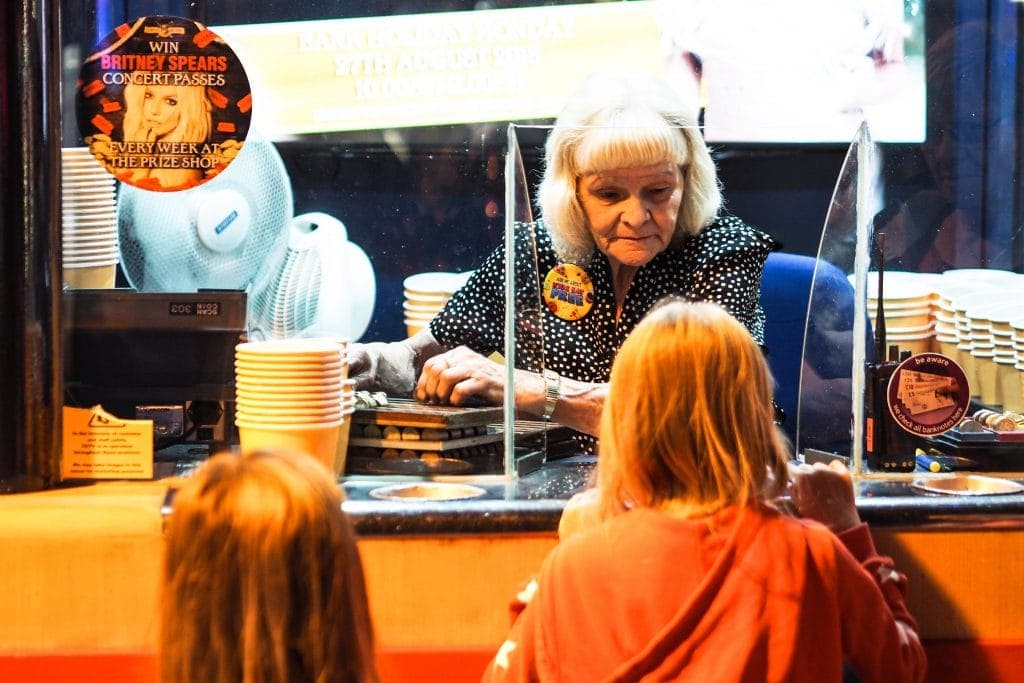 While for me and the girls (and the Grandparents) it’s the 2p machines that we love in an arcade, there are plenty of other slot machines in Coral Island if you prefer. Many of these we couldn’t use because of the over 18 limit, but if I’m honest we spent nearly 2 hours just on the 2p machines collecting more money and tickets and repeating the exercise over and over again.  When you consider that we only spent £8 on 2p’s I think that’s great value for money. I imagine had we been on the 10p versions then it would have been slightly more! It seems that the 2p ones are the most popular though as they had sooo mnay. The people playing the machines were also really kind and genuinely lovely, passing their tickets over to the girls as they didn’t want them, or sharing tips on which machines paid out the most. 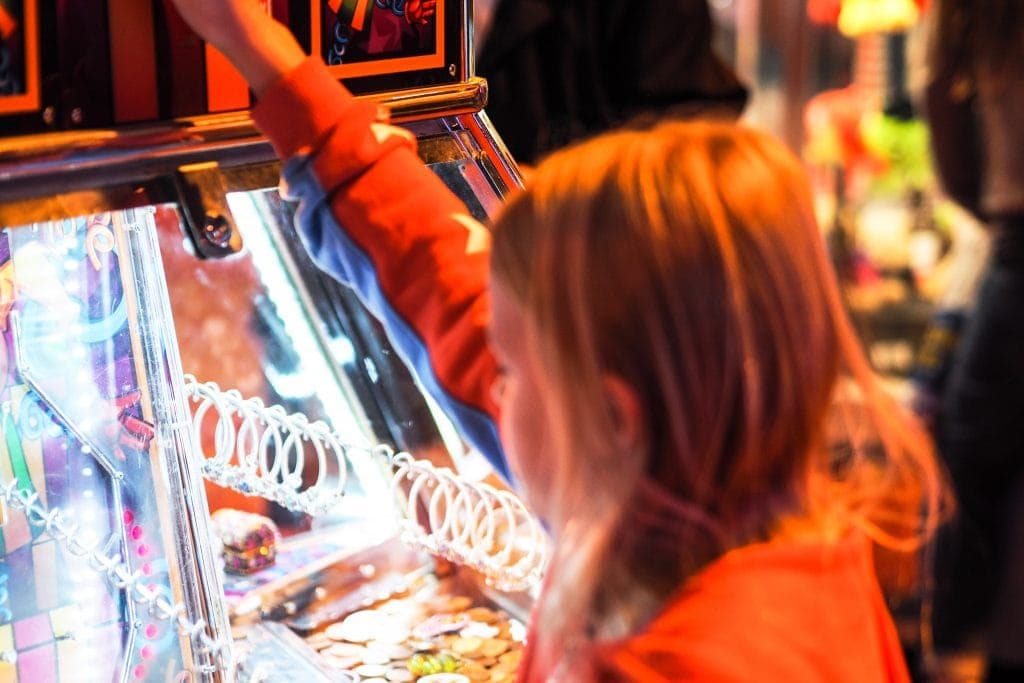 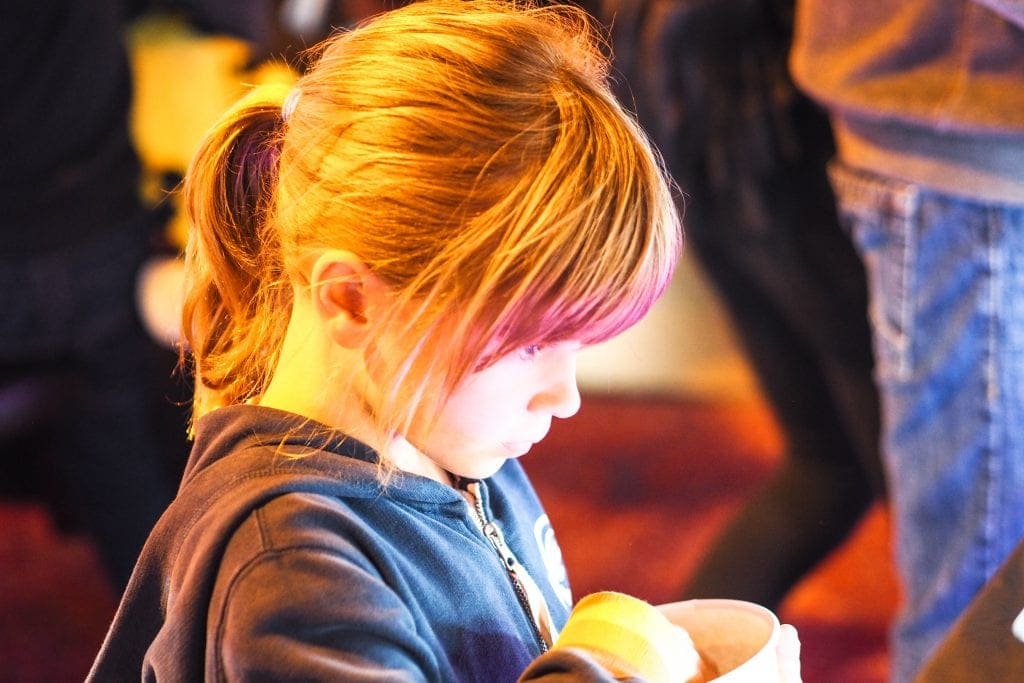 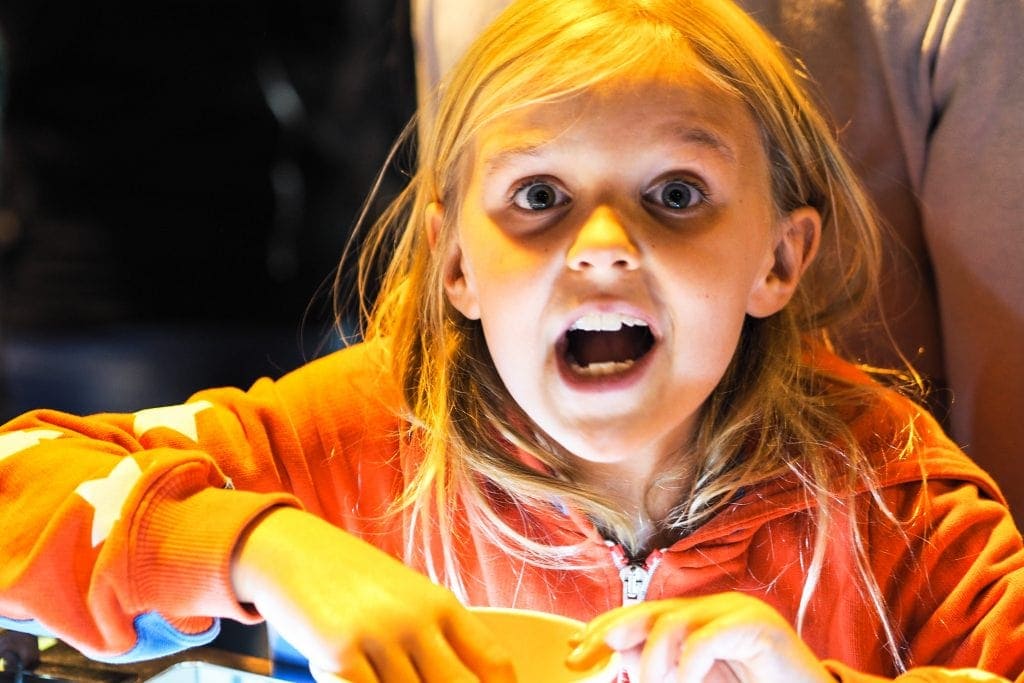 Lily begged for a ride on the Pirate Flyer as soon as we got in through the doors of Coral Island Blackpool, with a great justification that she could use the ride to check out all the things she wanted to spend her money on, and she wouldn’t miss some good things. Great logic so we had to let them do it. One of mine decided it was too babyish for her (she’s a whole 6 years old) so it was left to the other two to check it out. It did get stuck a couple of times and go quite slowly but as it was only £3 for two of them it din’t break the bank! 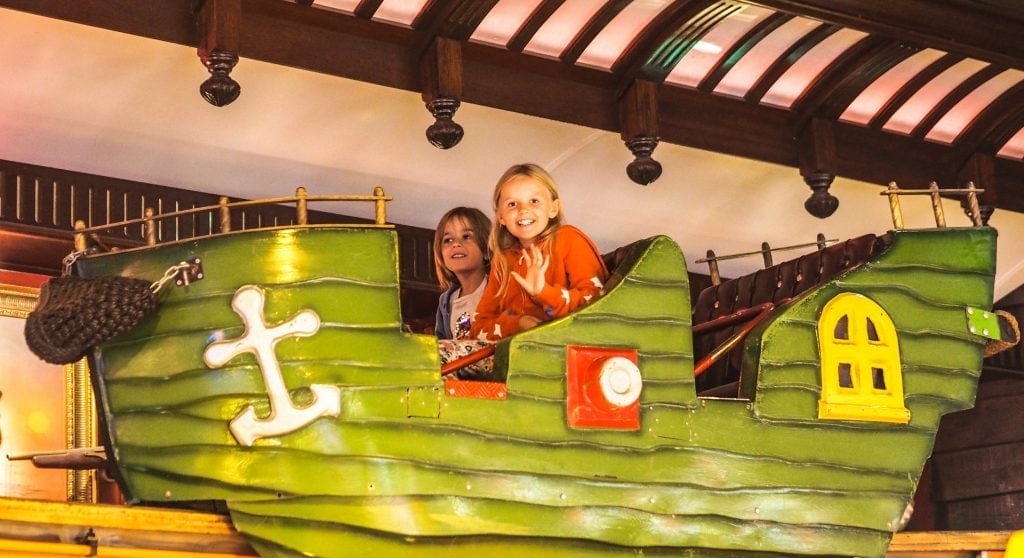 It’s not donkey derby at Coral Island Blackpool, although you’d think that would be more appropriate, but it’s the same idea! You throw balls up into holes and the more balls that go in, and into the right holes, the quicker your camel goes. We all had a go to greater or lesser success (none of us actually won) but I think my camel got the closest – I think Lily might say it was hers though! 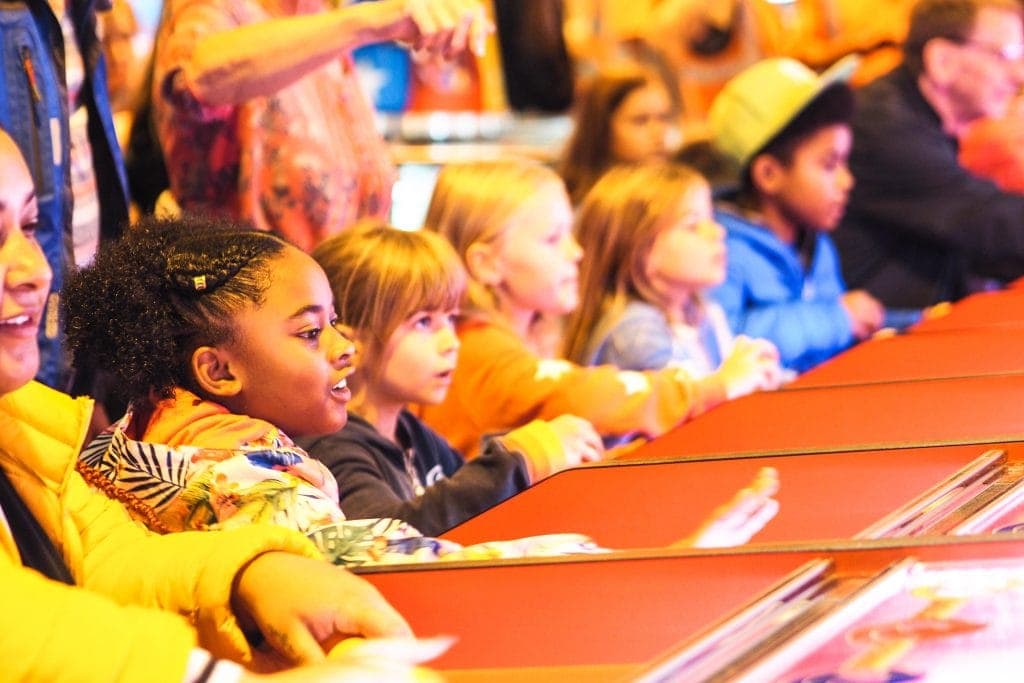 We played, it was very modern and I was a little bit sad. I have fond memories of old fashioned bingo arcades where you flap around endlessly trying to keep up with the older generation.  At Coral Island you sit down in front of the electronic screen and while it’s only 60p for 4 chances, you don’t actually have to press the numbers, just the screen. It all happened so fast and it was over. I know change can be good, but let us have some good old fashioned fun with Bingo!

It’s a bold offer but kids do eat free at Coral Island Blackpool with every paying adult. There are four restaurants offering a range of food from the snack bar (where we ate) to Captain Jacks with steak and burgers.  Everything in the snack bar was under £8 and while the lady behind the counter couldn’t understand that I didn’t want the chips with my half chicken, and there wasn’t exactly a lot of vegetable options., the kids seemed to be happy enough with their nuggets and chips and my mum enjoyed her chilli. I think Dad would have preferred his Fish n Chips in newspaper on the front but I think the seagulls may have put pay to that – oh and perhaps the rain! 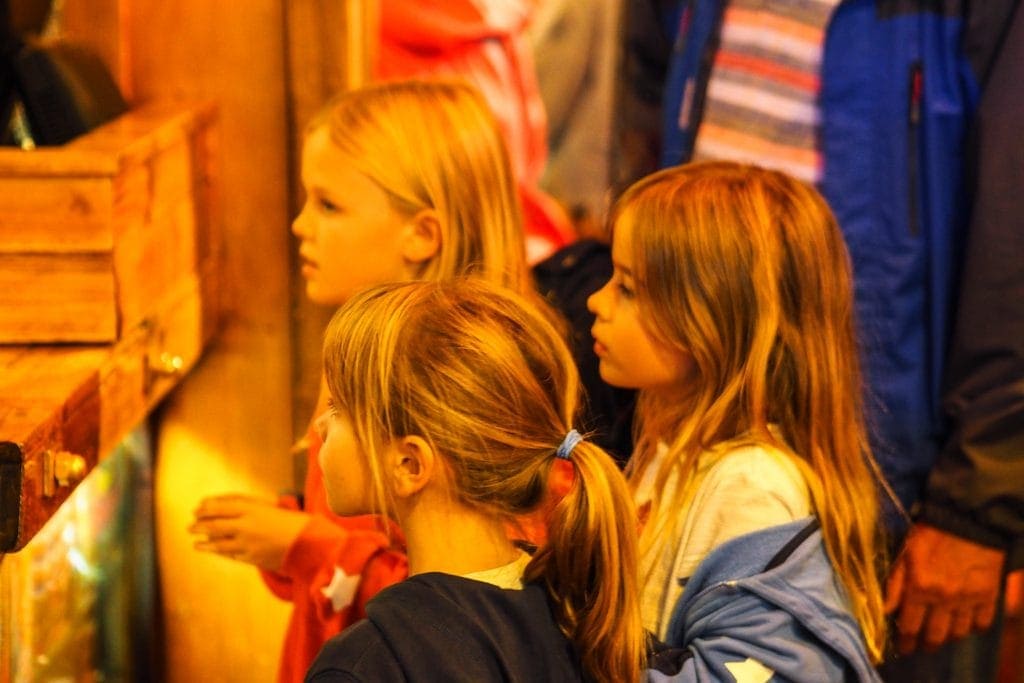 Tickets as well as money!

Right at the end we had to cash in all of our tickets. We had 238 according to the ticket counter you put your tickets into. Not really that many when you looked at what others had won, and not that easily divisible by three children either. I needn’t have worried though, the kind chap behind the shop took the tickets off the girls and gave them back a few refresher bars each, a couple of keyrings and some slime. All fair, all equal, everyone was happy!

But don’t just take our word for it, you can also read this review of visiting Coral Island from Emma and family.

If you want to have a read of what Colette and her family thought of Coral Island Blackpool you can find their review here too!

Why not PIN this post about Coral Island Blackpool! 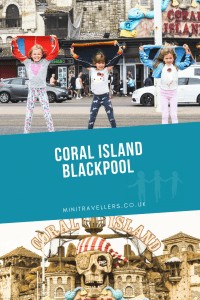 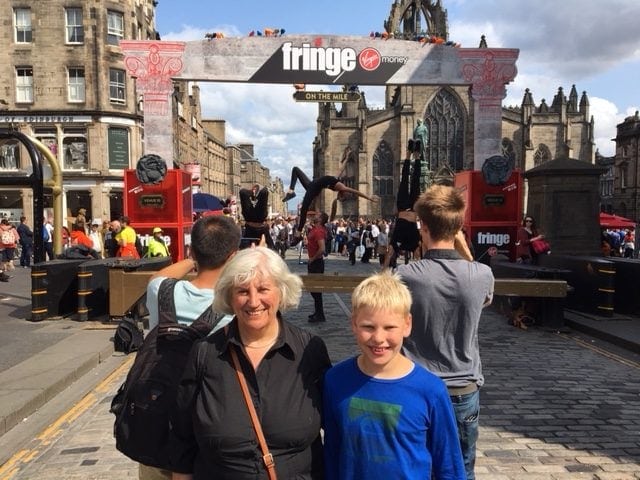 ← Previous
Edinburgh Festival Fringe for all ages. What to see with a family ranging from 10 to 70. 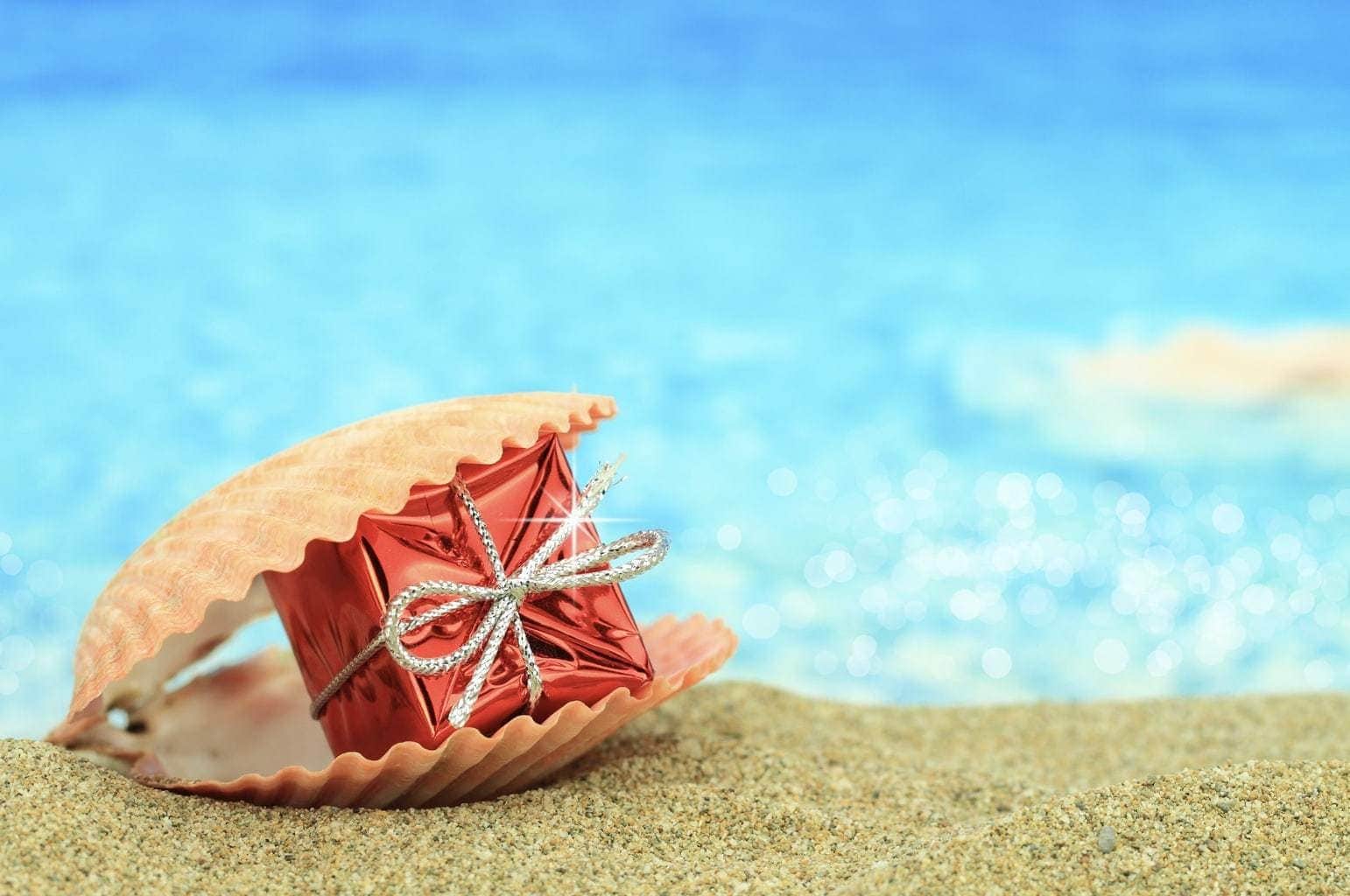 Next →
Fun Christmas Present Ideas for a Family that Loves to Travel
Click here to cancel reply.

this sounds like you had a fun visit to Coral Island and your girls definitely enjoyed it!!