Christmas screenings at Victoria Baths ours was Miracle on 34th Street

Last weekend, we were lucky enough to see a special screening of one of our fave Christmas films ever at the amazing Victoria Baths in Manchester.  The Village Green Pop-Up Cinema company put on a number of festive classics at the Baths over the weekend, including Frozen, Elf and Love, Actually.  Victoria Baths opened in 1906 as a municipal pool and bath house for the people of Manchester.  It closed in the early nineties, due to lack of funding.  In early 2000, a project started to restore the baths to their former glory, and they won the BBC’s restoration programme, which brought in enough funding to restore and re-open the baths.  It’s mainly used as an events venue (including hosting the brilliant Gin Festival), and the swimming pool is occasionally filled for special events. 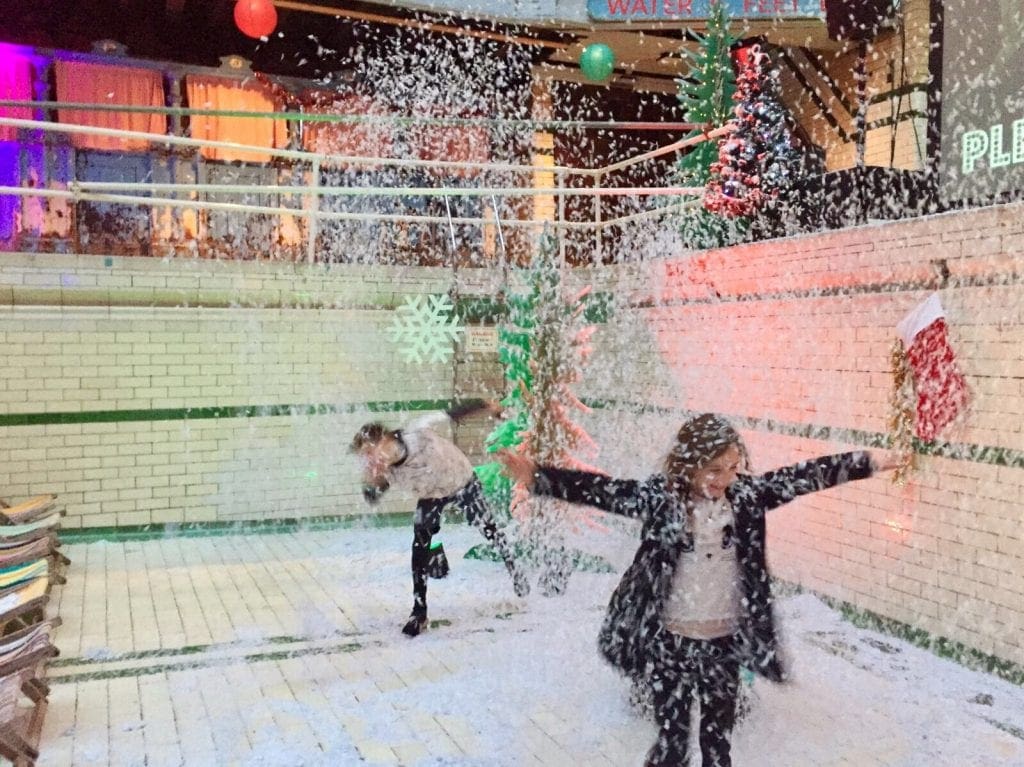 The big screen was set up at one end of the empty swimming pool, and the audience was seated on rows of deckchairs on the pool floor. The pool area was festively decorated, and there were piles of fake snow for the children to play with before the showing, which they absolutely loved (and which also meant the kids weren’t asking when the film was going to start every 10 seconds).  In another large room next to the pool room, were a selection of pop-up eateries with a variety of street food, from Mac n Cheese to delicious Korean dim sum.  A DJ was spinning all the Christmas classics for a while before the screening, and the kids were all dancing happily.  There was a bar and mulled wine on offer, for a bit of extra festive cheer during the screening. 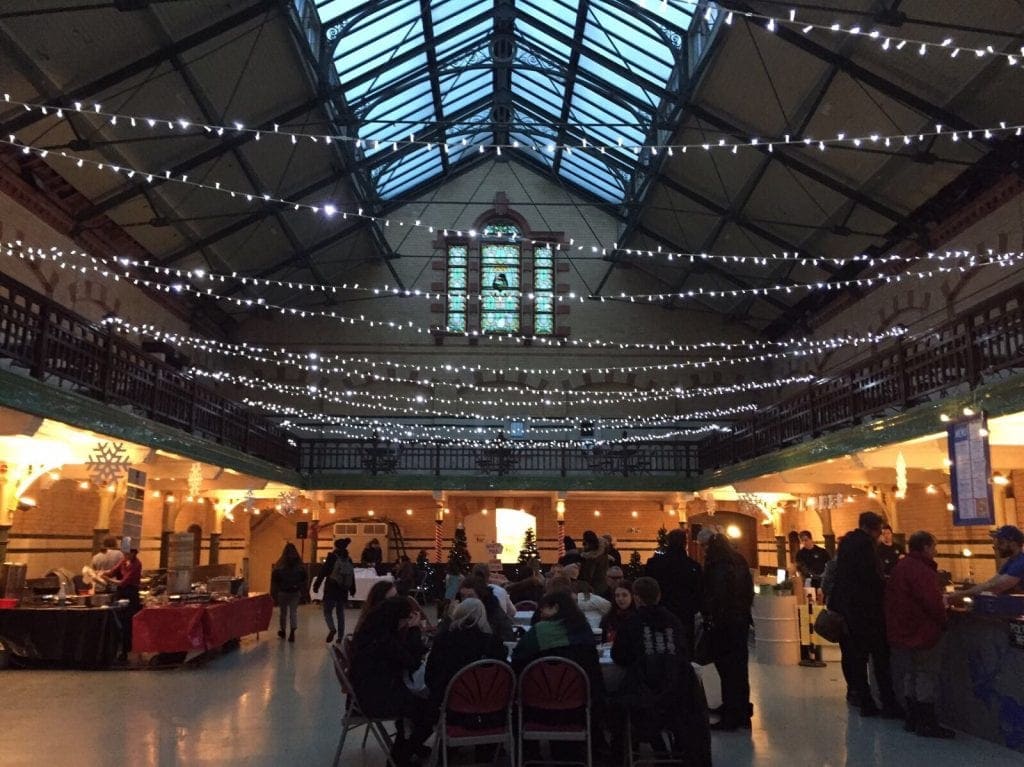 We loved watching the film on the big screen in our deckchairs, snuggled under blankets we’d brought with us, in a stunning setting.  Although the building is heated, it does get a little cold so we were very glad we’d brought blankets and wrapped up warm.  It was a great afternoon and really got us all in the Christmas spirit.

The Village Screen regularly put on film showings at the Baths, and in various other unusual locations around the country.  We’ll definitely be looking out for upcoming films at http://www.thevillagegreenevents.co/micro-events.php!