As part of our trip to Sea Garden in Bodrum with Mark Warner our three children could attend Mini Club in the morning (or afternoon) as part of the All Inclusive price.   Mini Club is for children aged 3-5. You can pay (£180 per week per child) for additional childcare for the children to stay in the afternoon if you want to, but we didn’t see any parents doing that the week we were there.  When they move into Junior Club (ages 6-9) and into the clubs for ages up to 17, childcare is included all day.  The clubs are very flexible and the kids can come and go as they please and large blackboards list the activities hour by hour so parents know where their children are, and kids can decide what activities to take part in. 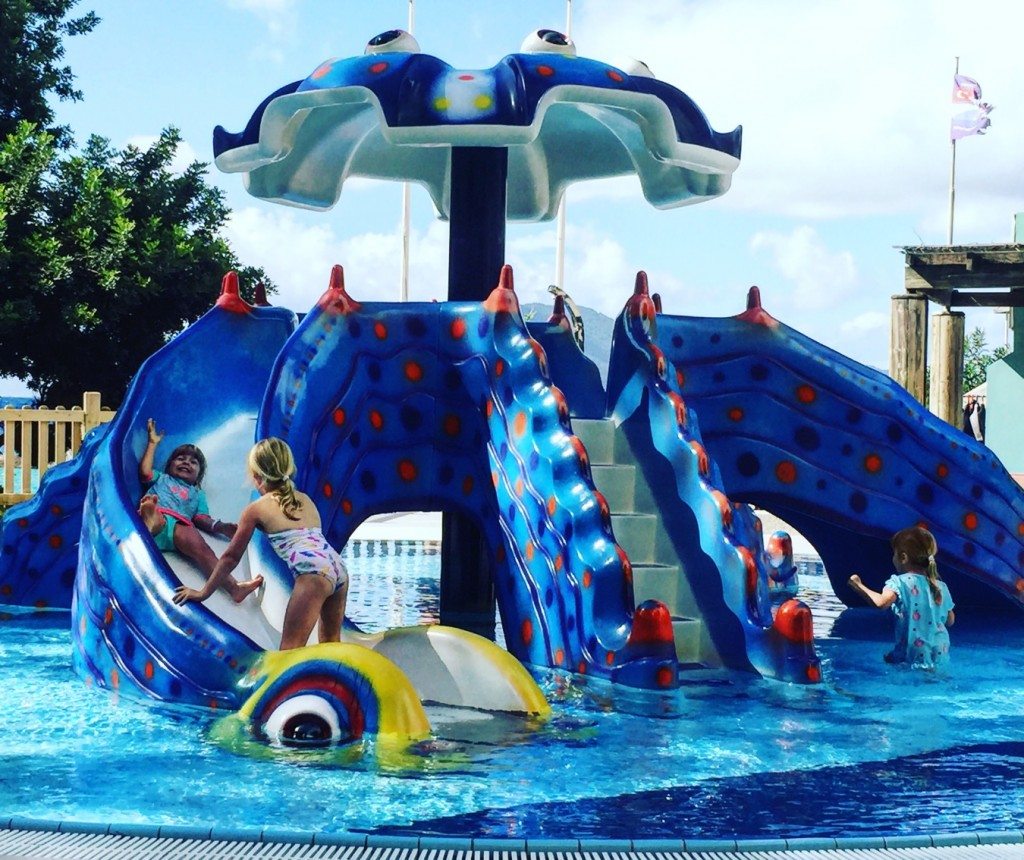 The Mini Club that all my three were in was based next to the Octopus Pool near the beach.  Emily was in charge of Mini Club that week and she was fabulous.  The room was large enough for the number of children in Mini Club mornings that week (only 6) but in reality they didn’t spend a great deal of time in there.

The room was full of toys, books, games, dolls house, cars etc. There was a list of activities posted on the wall within the room  so you could see what your children  would be doing every day.  It was a mixture of activity and quieter play depending on the time of day.  On the only day it rained we also borrowed jigsaws and books from the team to take back to our room.

The same room was also used for Film Club in the evening from 7.30pm.  When we got to film club on the first night and met the childcare team the girls were thrilled to find out that Jodie (their key worker from Tignes) was on the childcare team at Sea Garden and would be around over the course of the next week. Fantastic start.

Jodie called in to see them quite a lot during the week, and her and Emily have been invited by my girls to come and stay with us when they get back to England as the girls thought they would miss them too much when they went home. I think that shows the bond the team made with the girls which I think is a fantastic recommendation for the childcare.

To give you an idea of the activities they took part in; they made made Halloween capes, wands and hats; painted pictures and made fireworks; they held a puppet show and made puppets; collected shells on the beach and built sandcastles, and went in the octopus pool a lot.  The highlight for me however was the fact that at 10am every day they got the chance to go down to the waterfront and take part in sailing, windsurfing and paddle boarding.  What an incredible experience for them. 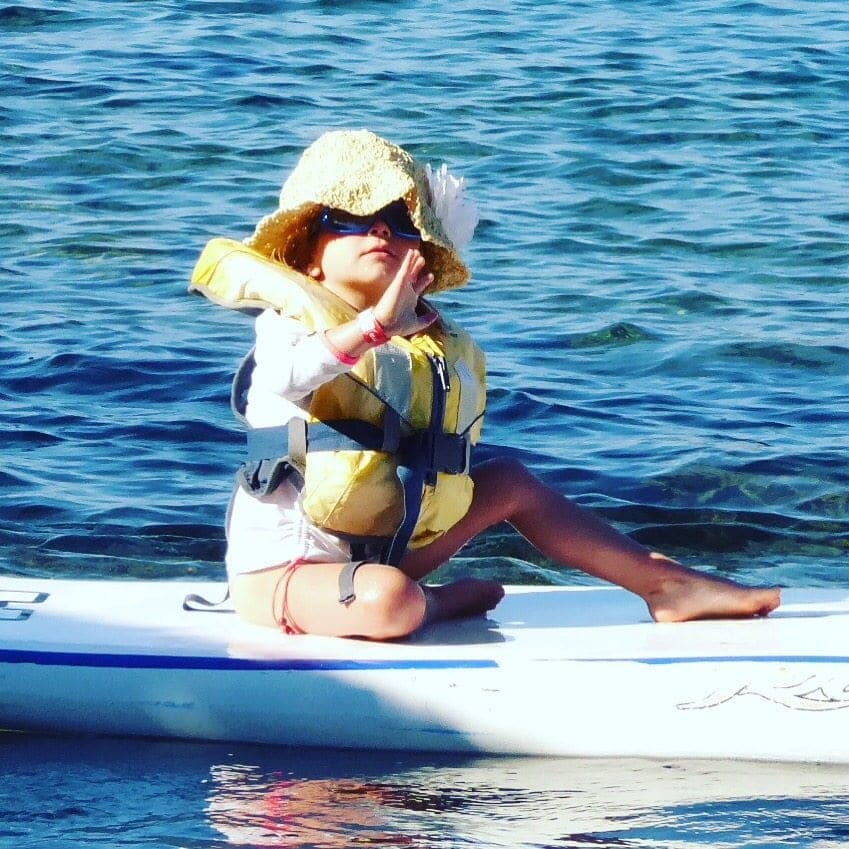 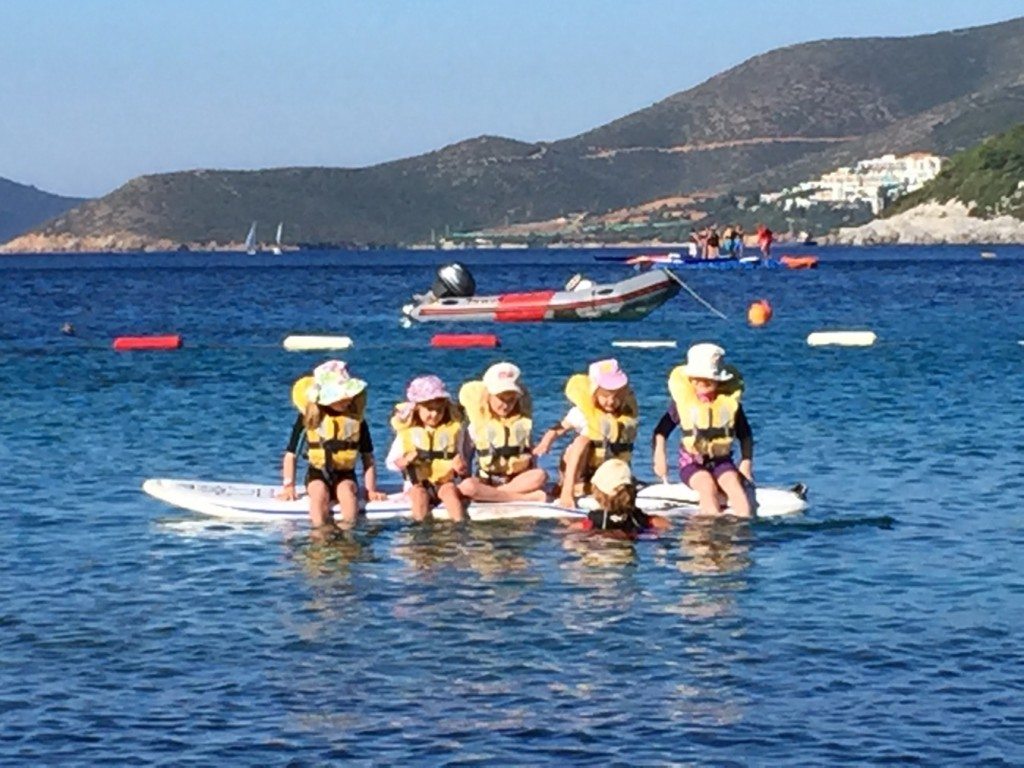 Throughout the week I felt very very comfortable leaving my three girls in the childcare teams very capable care.

Whilst skiing I had been a huge fan of the meals provided for the kids, for more information on that see here, but I wasn’t as keen on the choices provided for the kids on this trip.  Breakfast and lunch were fine as they ate from the same buffet as us so there was very varied choices but the options for kids tea served between 5.30pm and 6.30pm was really very limited and a little disappointing.   This was however the only thing I heard people express their disappointment with all week. By the end of the week most people had given up on using kids tea and were taking their kids with them for an early dinner in the Amphora restaurant with them as that buffet opened at 6.30pm.  I think even for mine, who love sausage and chips, that being an option every night got a little dull.

At the end of the week the childcare team have a presentation. They award all the children with a certificate explaining what ‘character’ they have been that week. My three were awarded certificates that truly suited their personality, proving to me, if any proof was needed, that they had completely understood my children and given them the best week they could. Thank you Mark Warner, we will be back.

If you would like to book a holiday with Mark Warner having read our review then you can obtain a discount of £50 pp by quoting KarenBlog50, this doesn’t apply to free child places and can’t be used in conjunction with any other offers. Full Mark Warner T&Cs apply. 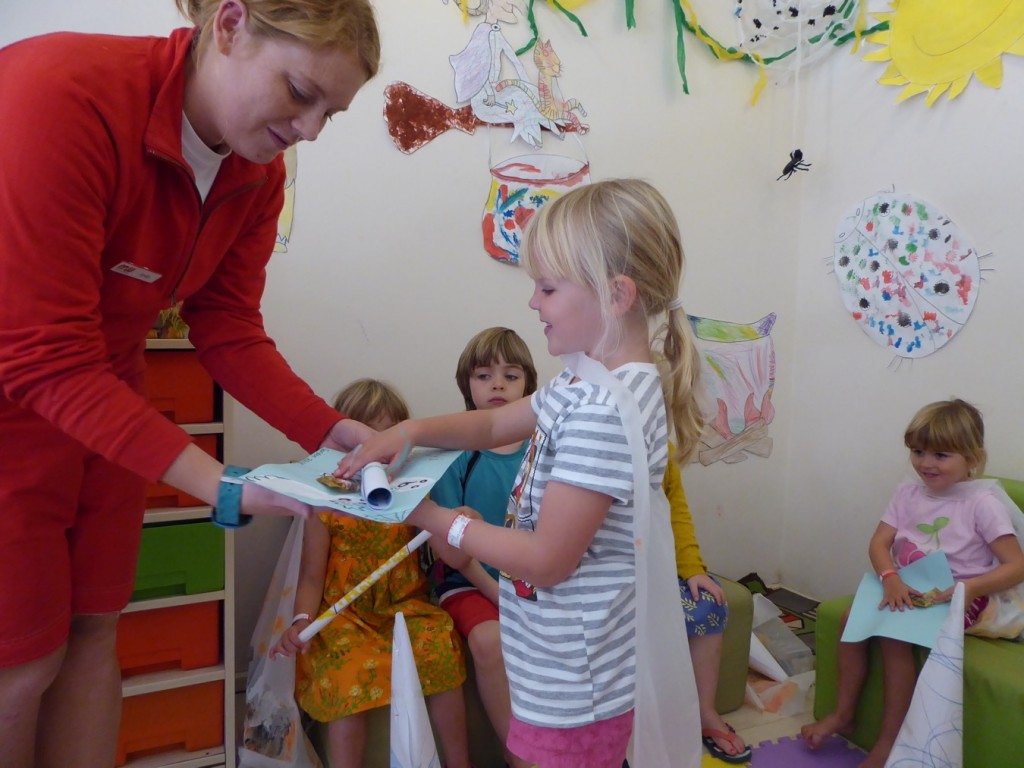 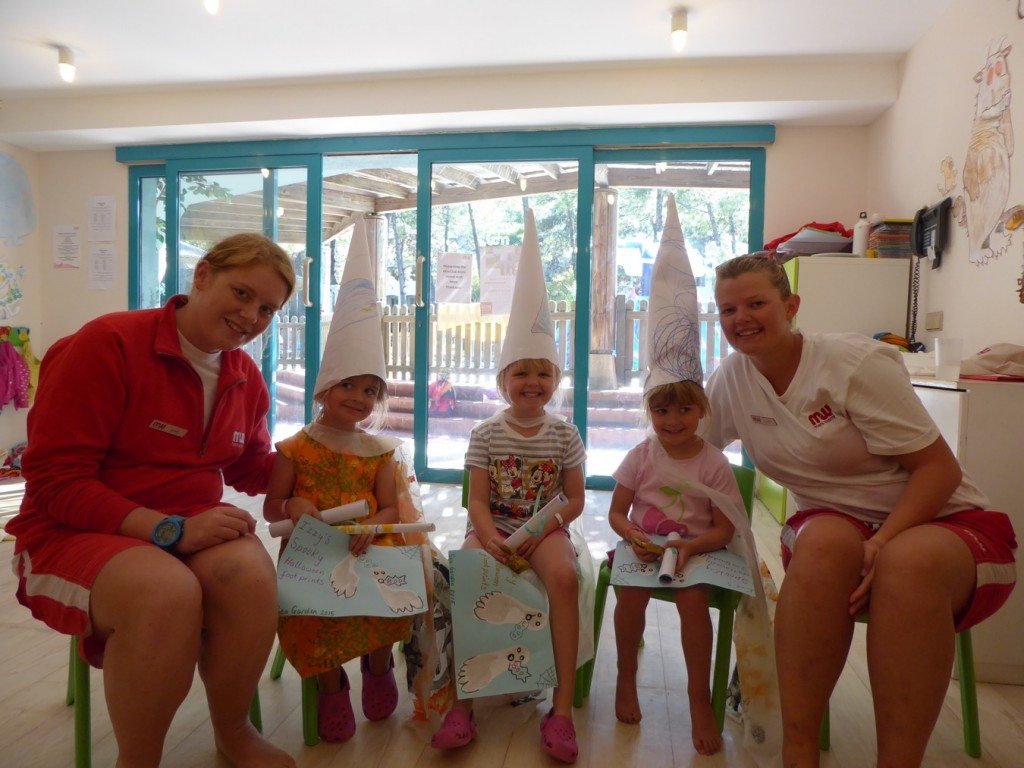 NB: We were provided with accommodation by Mark Warner but all views are my own.

I literally cannot WAIT to go on a proper holiday!! Somewhere that involves a plane and takes us away from home for longer than 4 days — which is all we've managed since before the boys were born! The thought of actual childcare being available blows my mind too!! Imagine — an actual couple of hours of reading a book or doing nothing!! Heaven!! :) Thanks so much for linking up with us on #TwinklyTuesday

I've never used childcare on holiday as it's the only time we're all together but I can certainly see the appeal. the idea of a few minutes to relax sounds bliss. #twinklytuesdays

Great post Karen, Childcare is just huge, if can make or break your holiday. I love the fact that it considers kids up to 17 older kids so often get forgotten x

That's so lovely that the childcare is so good - I'm just at the stage where my daughter is happy to go, even asks to go to kids club so it's a bit of a novelty having the occasional hour to myself (usually to work!). As we're still making the most of term time holidays they tend to be pretty quiet though so a different experience.