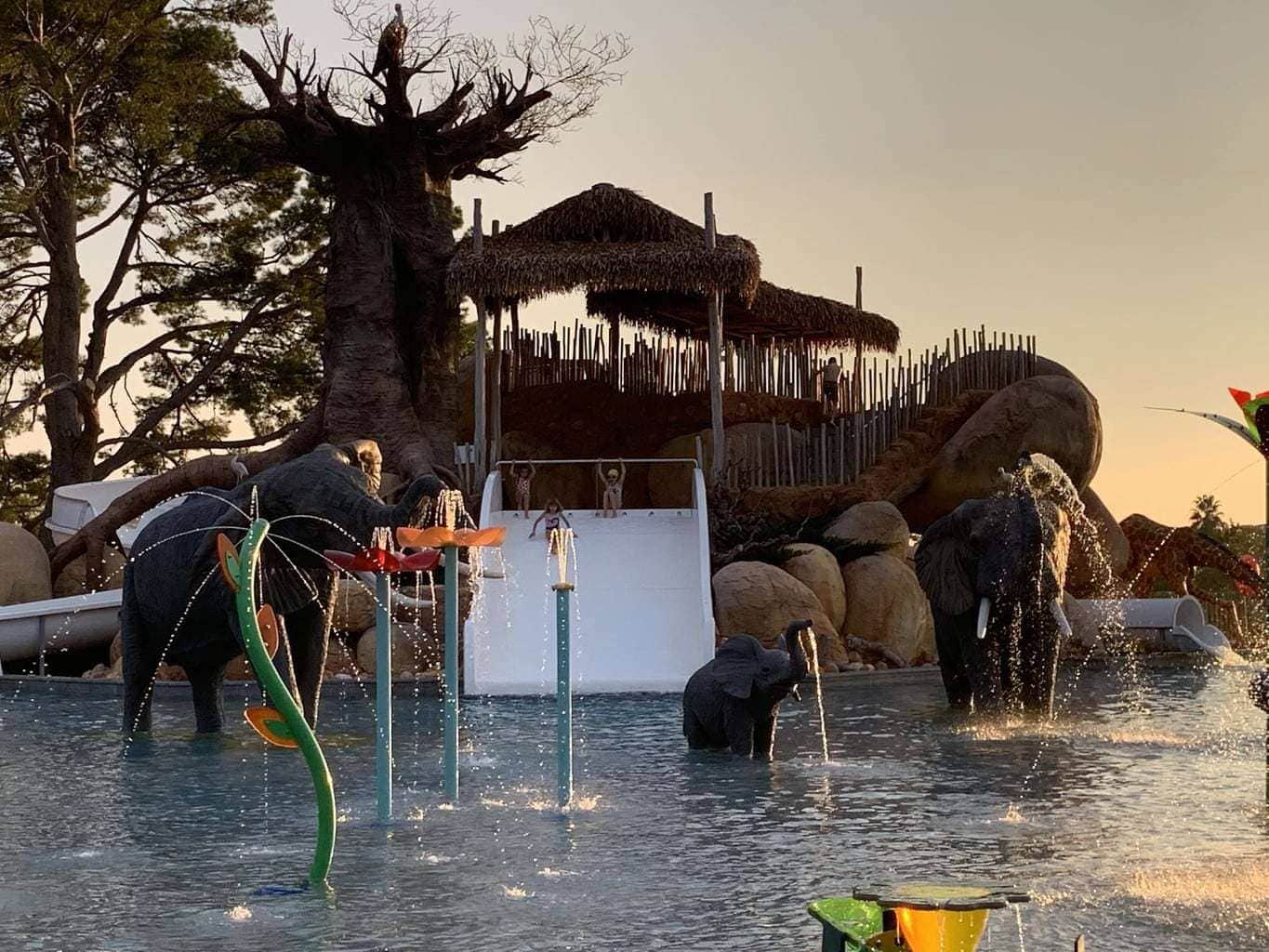 At half term in October 2019 we stayed for 3 nights at Sangulí Salou in Catalonia, Spain. So what did we think?

Well in fairness to Sangulí Salou we were so busy for the three days and nights that we stayed there, that sadly we experienced very little of the enormous amount of activities that were on offer.

We didn’t even get to the beach which is only 1 minute away from some parts of the resort (probably around 10-15 minutes walk from our lodge).

We needed far longer to really experience all it had to offer and most people we spoke to were staying for the full week.

Due to a flight delay we we arrived very very late on the first night but as the restaurant near reception was open until 11pm they managed to serve us some well needed food in record time before we found our lodge and crashed for the night.

Our accommodation at Sangulí Salou was a Samburu Lodge in the Africa area of the park sleeping 7.

There was 3 bedrooms. One with an en-suite and a smallish double bed, another room with 2 single beds and the third room had bunk beds. The second and the third bedrooms both had doors into the second bathroom.

Technically the 7th person could use the sofa bed in the lounge but I think that would make the lodge pretty overcrowded.

Both bathrooms had showers, toilets and sinks. Great for a relatively small space.

What we really loved about the lodge though was the outside space and the positioning. We’ve seen sites where the lodges/caravans etc are almost touching and this wasn’t the case. The outdoor area also felt large and useful and in Summer I think you’d never really be inside.

The kitchen table really only sat 4/5 though so something to think about if you are travelling, like we did, when the weather was a little cooler.

As we were up and out all 3 mornings we stayed ay Sangulí Salou we couldn’t try out their full breakfast offering as it didn’t start until 10am. The bakery opened at 8.30am though so we grabbed pastries there before we started the day.

We were close enough that our eldest could head off to the bakery and buy these for us in the morning too which she loved doing. It’s one of my favourite things about staying on resorts like this now the kids are a little older as it gives them more freedom.

If we had been staying here when the kids were much younger we would have used the very local Lidl (literally 10 minute walk down the road) to stock up on breakfast items, as 8.30am was a positive lie in back in the baby and toddler days.

If we had been staying at Sangulí Salou for longer or with a more relaxed itinerary we would definitely have tried out more than just one of the ten food and bars on site.

As it was we only ate at Restaurant Victoria which was right next to Africa, and right opposite the resort reception. We had steaks one night and paella another night, and the kids made the most of the kids menu and the huge ice cream bar!

There is a fantastic review of staying with Eurocamp at Camping Sanguli in the Summer months by Five Little Doves it’s a really lovely read, and her beautiful photography (and the blue skies) really shows it off!

During our stay the pool nearest us was open from 11am until 7pm so we only managed to get in it once. Well when I say we, I mean the girls, there was absolutely no way I was getting into the pool at 6pm at night when the outside temperature was jumper weather. They did though, and managed to have a go on all the slides whilst the sun was setting.

They say that the pool was heated but I’d say just barely….

It was clean and had lots of sunbeds around it though and it was close to where we were staying in Africa.

There are also 4 other pools on site spread across the huge resort, but when I wandered about on the morning we were leaving I couldn’t access them. I’m not sure if these are shut for winter or simply opened after we left. Something perhaps to check before booking so you can plan where on site you’d like to be.

On arrival it was obvious that the Spanish celebrate Halloween in a big way. This wasn’t put up by the resort team this was guests to Sangulí Salou staying for the weekend, decorating their own accommodation and going all out!

We saw loads of people dressed up, adults and children and lots of people seemed to have all come together to spend the halloween weekend at Sangulí Salou.

We really felt like we’d missed out by not bringing things for the kids to wear and resolved to remember that the Spanish go all out for Halloween if we travel to Spain at that time of year again.

Sangulí Salou is definitely somewhere I’d consider for a longer period of time, although it did make a great jumping off point for us to explore Catalonia.

Here are some of the things we did:

Why not PIN this post about October Half Term at Sangulí Salou in Catalonia, Spain. 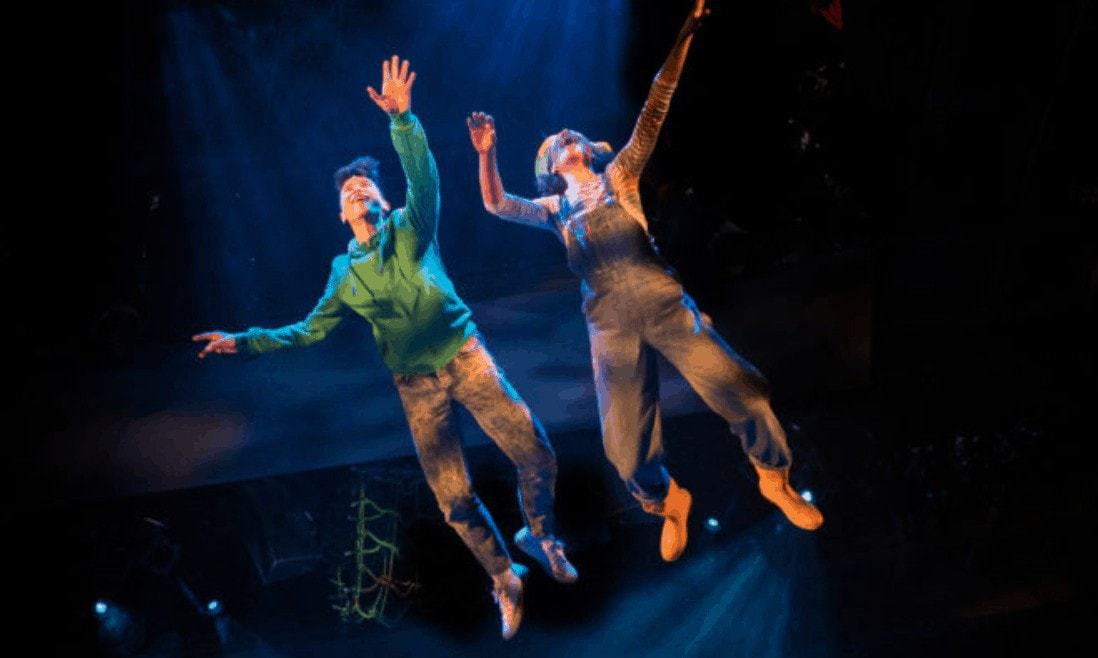 Next →
Review | Peter Pan at the Storyhouse Live
Click here to cancel reply.