During our trip to Surf Snowdonia we took some time away from the surf lagoon to see the rest of the area.  The area is famous for Wales largest mountain Snowdon, wonderful walks and the Ffestiniog Railway which departs Blaenau Ffestiniog before making its way to Porthmadog. We managed to do an awful lot of this in our jam packed 3 days!

We decided to go on the Ffestiniog Railway mainly because my friend who I was away with used to visit this area of North Wales every year with her family when she was growing up and she had very fond memories of taking the steam train down to Porthmadog for the day and spending the day on the beach.

The day we visited wasn’t exactly beach weather, despite it being August, more a rain coats and wellies day, but it didn’t put us off for one second. We were in Snowdonia after all and all you need is the right clothes.

So we put our waterproofs on and headed down to the railway.  The kids were bemused I think more than anything at the sight of the train and the steam coming from the front. There was lots of Thomas the Tank Engine references and Chuggington discussions. 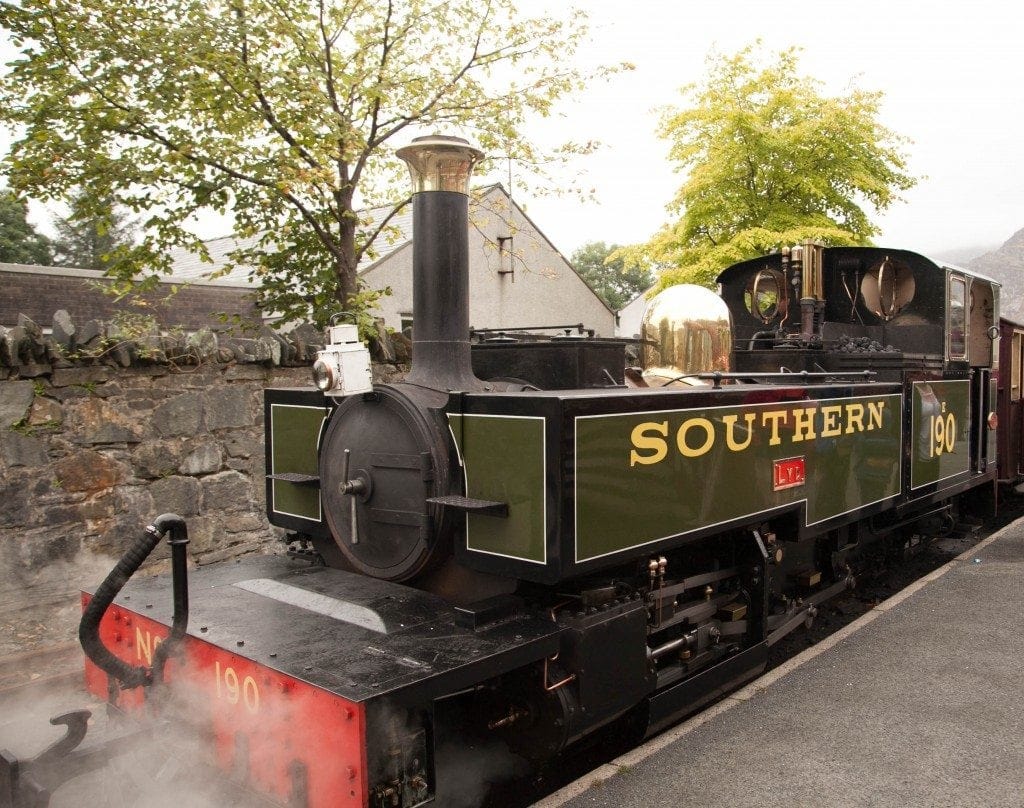 We wandered down the platform (past lots of people taking photos of trains and spotting numbers  on them) and found the ticket office. We were excitedly given complimentary first class tickets and so we made our way down the line of carriages to the front of the train. 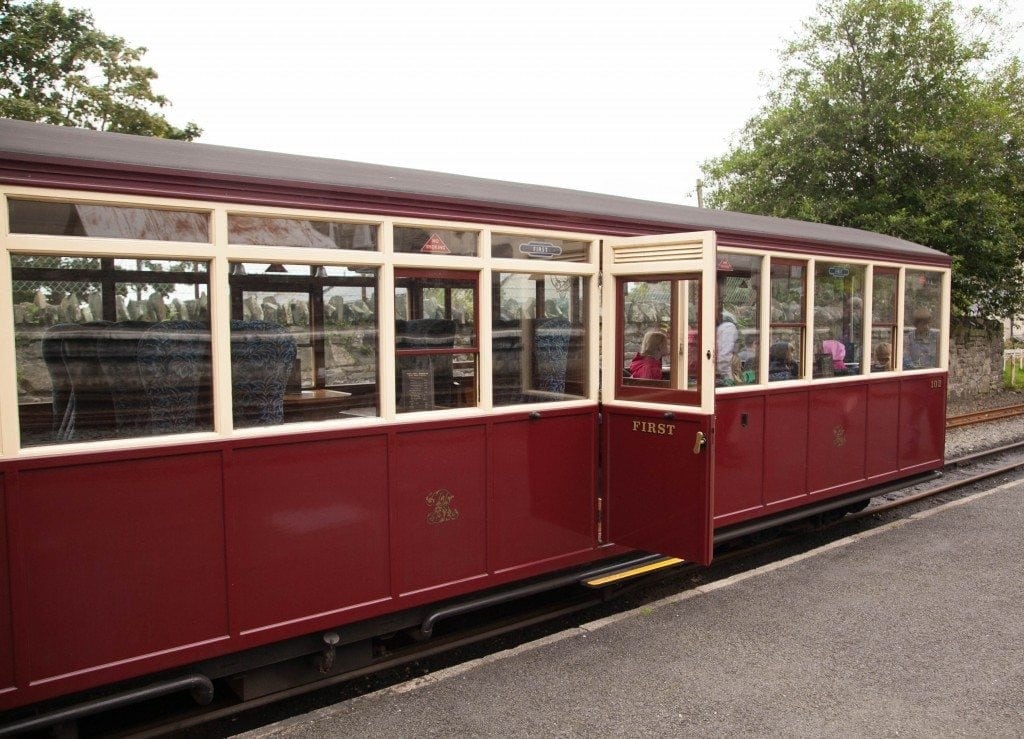 The five girls were pretty giddy at being right of the front of the train and being able to see the engine and set about deciding on a name for it.  They mostly agreed on Emily.  They then wanted to find ‘Emily’ in the book we had been given about all the different trains and when various people came into the carriage to check tickets/offer drinks etc they asked animated questions about the train, its name and how it worked.  They were also amazed at times, at how you couldn’t see due to the steam and wondered if the driver could! 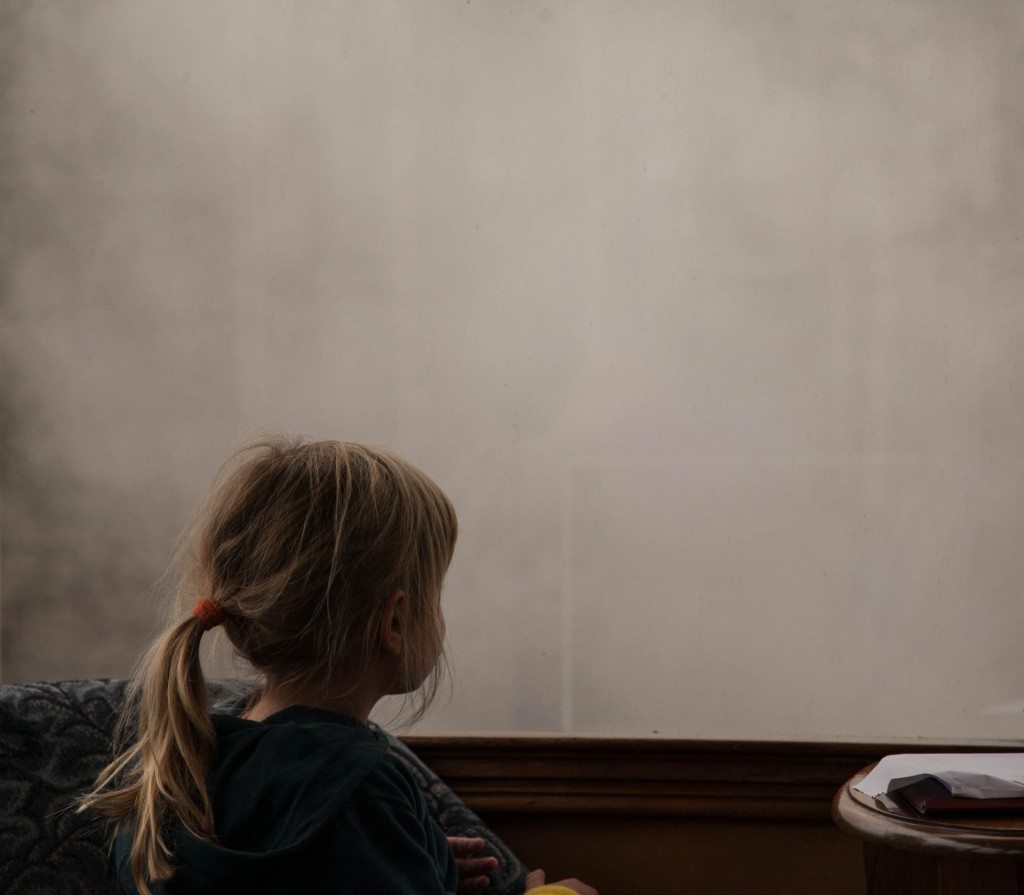 We steadily made our way to Porthmadog and enjoyed stopping at all the train stations en route and watching how many people got on. The kids also loved waving at the trains then went past us too and imagining who was on those!

My photos the views from the train (which are spectacular) are actually terrible as the weather wasn’t playing ball, but this video from the Ffestiniog Railway is well worth a watch.

We arrived in Porthmadog and made our way to Cadwaladers for Ice Cream (the shop that my friend had always been to).  The kids delighted in choosing various different flavours and they even had two different sorbet options for my friends little one who can’t eat dairy! 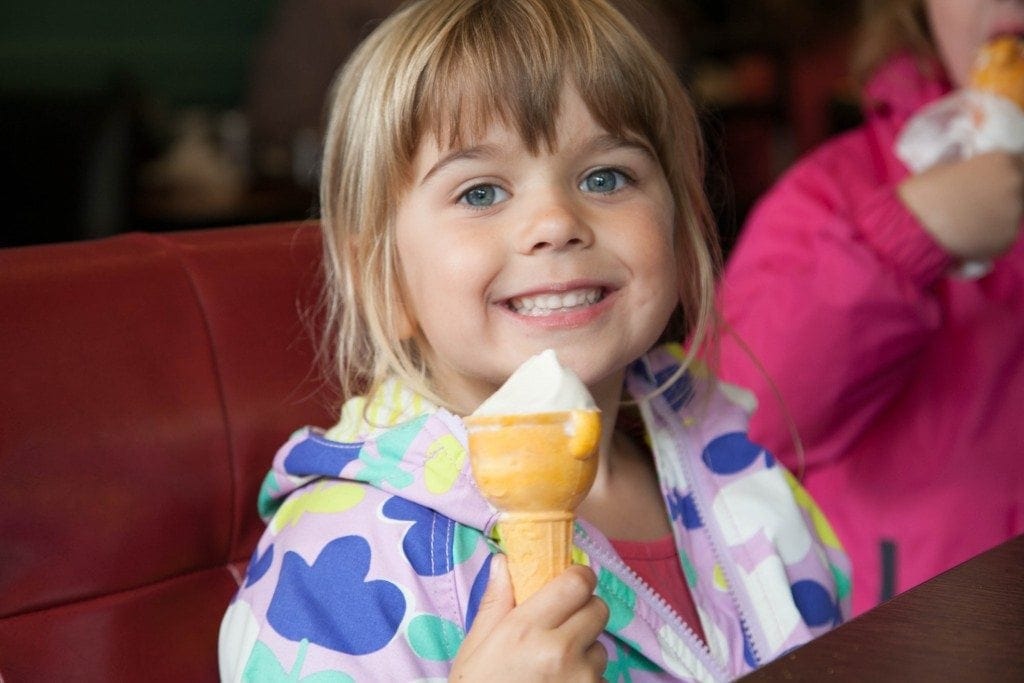 As the weather wasn’t too hot we decided to take an earlier train back to Blaenau Ffestiniog thus forfeiting our first class tickets booked on a later train, however it was actually lovely to ride back in third and have a totally different experience on the way back.  Cuddled into the slightly ( ok lots) smaller seats in the third class carriages the kids played noughts and crosses and hangman happily chattering and watching the world go by. 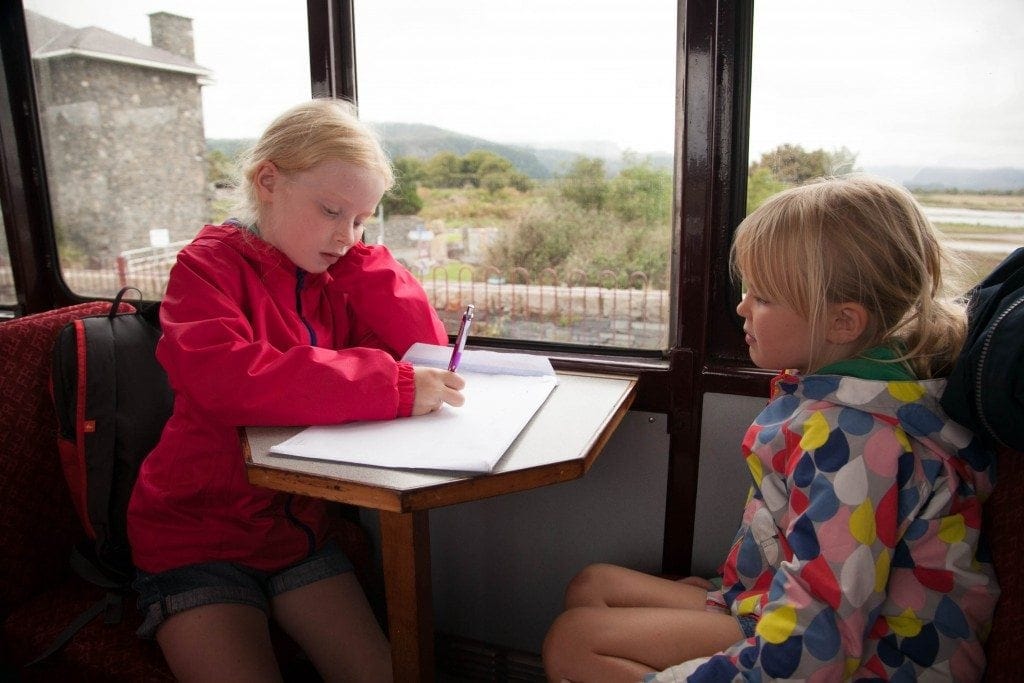 It was a lovely afternoon out on the Ffestiniog Railway which departs Blaenau Ffestiniog before making its way to Porthmadog and we would happily recommend it to others holidaying in the area.

Ah, I remember going there as a child myself - I do love Wales although I seem to remember it rained then as well!

Oh.... The memories that brings back, of being on a steam train! Far more exciting than today's diesel or electric trains. Sounds like a fun day out.