We had previously booked two trips with On The Beach, which were as successful and relaxing as you can expect a holiday to be with 3 kids. However our third booking was slightly more eventful and will be our last. The decision to go anywhere is usually based on a near Airport to reduce stress, decent flight times, to avoid school penalties for unauthorised absence ( beyond me why you have to write an application when it is always declined), and finally accommodation that will adequately fit 2 grownups and three kids( always the biggest problem as 2 kids seems to be the best combination, and anything more than that expensive and problematic and usually squished) And so off to Cyprus we went, flying from Stansted to stay at the Azia Spa Resort. 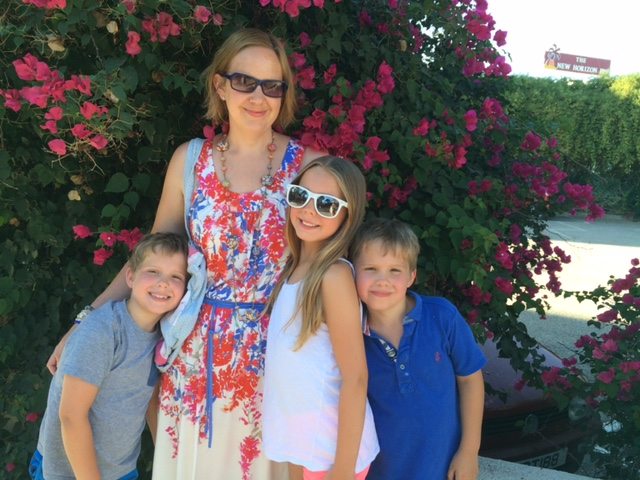 We arrived late on Saturday the 27th August after a long journey with three tired and emotional children who wanted to go straight to bed. We had brought some noodles as a snack as had read in the reviews how there was limited food available on late arrival. I was so organised I needed a prize and the whole bottle of duty free wine to myself that we had brought!

Our room, 251, was supplied with only a sofa which had bedding on, and a small wobbly camp bed. This was not a room for 2 adults and 3 children. My daughter insisted on doing a room reveal video for her You Tube channel which ended in tears and promptly all three children started to wail very loudly as clearly there were only 2 beds and three children and even the most basic maths cant make that work.

None of the electrical facilities including the kettle functioned. This created an extremely stressful situation and my husband, quite rightly, became very angry.

Screaming children and shouting husbands need more than one bottle of wine to numb the pain.

We have a background of extreme rough travel and are well used to poor hotels but had considered those days behind us when paying several thousands of pounds, however this was a stark reminder of days past.

After much heated discussion (3 phone calls and escalating shouting and swearing) my husband managed to get a third camp bed and bedding . I got 2 pots of  hot water so the children could have something to eat. Noodles out of tea pots it was!

That night was spent with much complaining that we should have gone to Centre Parcs ( they have never been but have heard great things) and creaking of beds and crashes as beds collapsed and Lara fell off the sofa. 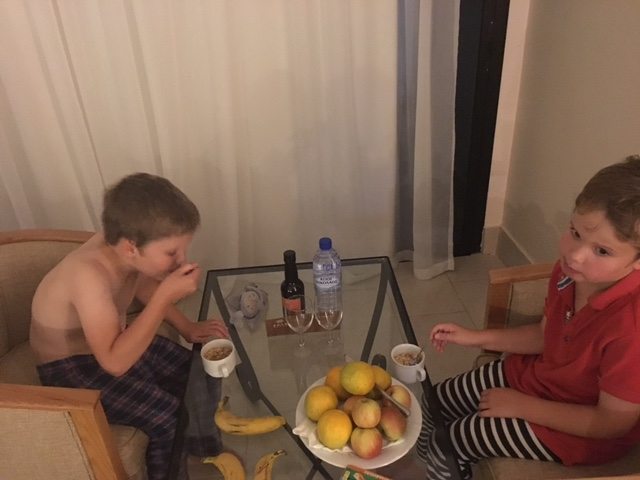 The following day we waited 2 hours to speak to the manager. Many other guests approached us, having had similar issues with inadequate space and having to request to move. We were offered adjoining rooms later that day but in an older area of the hotel which was significantly shabbier. I declined this. we were then miraculously we were offered an alternative of adjoining rooms in a similar area of the hotel to the first room.

And we had to spend one further night with grumpy kids in the original room to await the upgrade.

Regardless of this we had a lovely time. The breakfast was fabulous, the rooms lovely and the pool more than adequate. There was an added bonus of a family of cats with 3 very tame kittens who we fed illegally from the breakfast bar and the kids  fought with the German children about who the cats ‘belonged’ to. 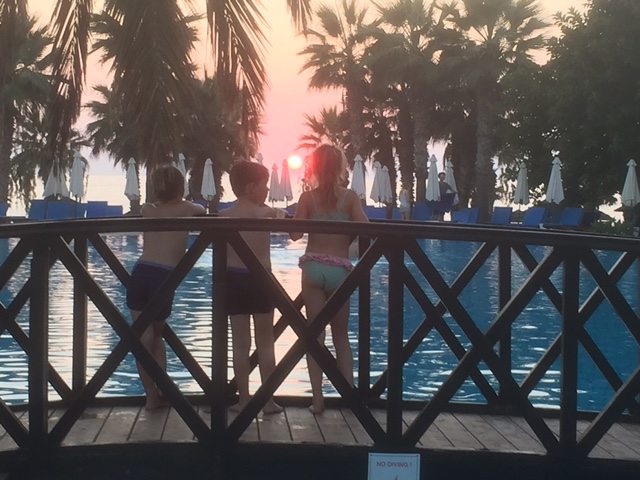 We ventured into Paphos on one occasion but the kids were whiney about the hot bus. Following that we decided to do whatever they wanted as it was easier and we were too hot to argue. A package holiday is really for them after all. Would not be our first choice. The idea of going to a water park was rejected as being ‘too wet and scary and there would be no cats’.

We ate at some local restaurants rather than the hotel as were on B & B only. The food was adequate but the Aqui stood out as being very special and accommodating to families despite being very fancypants and posh – with very nice cushions

There was a little supermarket next to our Hotel which was ideal for stocking up on the local Keo beer and chocolate. Much cheaper , of course than in the Hotel itself.

Ten days was the perfect duration to be away and we looked forward to our trip home, as for my twin boys the best part of the holiday is the planes. On our allocated departure date, at Paphos airport we were told at check-in that we were not booked on our flight home. None of our names were registered and appeared our booking references and paperwork all  related to flights from Dublin to Cancun a week previously.

More wailing; a lot more, as the kids became convinced we would have to live in Cyprus forever/ it was too hot/they liked their school at home/nobody would look after our animals/ we had no money left on our holiday card so how could this happen etc. More grown up shouting. On The Beach helpline – useless.

Thankfully a lovely Thomsons rep, Natasha Berlinski, took  pity on us – possibly because of the scene we were creating with a pile of distressed children causing an obstruction in the booking queue.

She was able to arrange flights back to Norwich later that day on a Germania plane to Norwich, with a taxi to transport us nearly 100 miles to Stansted to collect the car. As Norwich is closer to our home it made more sense for myself and the children to get an additional taxi home while my husband collected the car. So only 2 hours of total stressing and one hour delay for me and the kids. Due the ordeal and the fear the boys were going to get holiday PTSD, I begged the air hostess if she would let the boys meet the captain. Sure enough on landing our wish was granted and they were over the moon. SO excited they forgot all the questions they had been thinking off on the flight.

On our return I completed a negative feedback form to On The Beach.

Their reply in brief

‘I would advise that On the Beach act as an agent only in the arrangement of your accommodation; this means we do not provide a package holiday but act purely as an interface between you and the hotel/reservation handler, offering thousands of flights and accommodation on our website that are supplied by the providers we cooperate with. . As explained and agreed to in our terms of business, we do not provide a “package holiday” as described in the 1992 Package Travel Regulations. The arrangements you purchased compromised separate holiday components booked through different suppliers. These suppliers are responsible for the services they provide.’

We have since raised a complaint with Thomsons, but hold out little hope we will be paid back for the additional wine I needed, the toys and chocolate I was forced to purchase to bribe the children, and the taxi home for me and the kids.

At the end of the day we had a family break. The kids had a good trip and stories to tell their class. The moral of the story. Don’t have more than 2 kids, don’t book package holidays thru On The Beach and if you meet a Rep called Natasha Berlinski, all will be well.

Huge Thanks to Natasha Berlinski!

NB: This is a guest post and we here at Mini Travellers really do hope that Next Year’s holiday is better for this lovely family.

I'm not sure this family will get my message, but hopefully so! I just wanted to say it was a pleasure to help you! Unfortunately I didn't get sent to Dubai but I will be in Agadir this year, so if you happen to be there make sure you ask for me! And thank you so much for you kind words, it really makes my job worthwhile

Hello Natasha. Good luck with your job and thank you again for all your help! Love Lara, Toby and James

Oh how lovely that you've seen this. Did someone send it on to you? I've sent the message onto the family!

Oh my word! We've had plenty of upsets and disappointments on holidays over the years, but this really beats all of them!!!