My 3 children (10, 9 and 7) and I went to see the Wizard of Oz production at the Plaza in Stockport on its opening night last night.  The film version with Judy Garland is one of my favourites of all time, so I was probably as excited as the kids and the show didn’t disappoint.  It was billed as a panto production, although it really was a pared down version of a panto (meaning that the cast was smaller and it didn’t go on far too long with unnecessary songs added in for the adults’ benefit, both bonuses in my humble opinion).  There were only 7 main characters, 4 main dancers and then two small groups of young children from local drama/dance groups danced on stage during the dancy bits.  The children loved the fact that there were really young children who were part of the show who didn’t look like total professionals.  The Wicked Witch was a great combination of scary and camp, and her references to Eastenders were funny (although completely lost on my three). 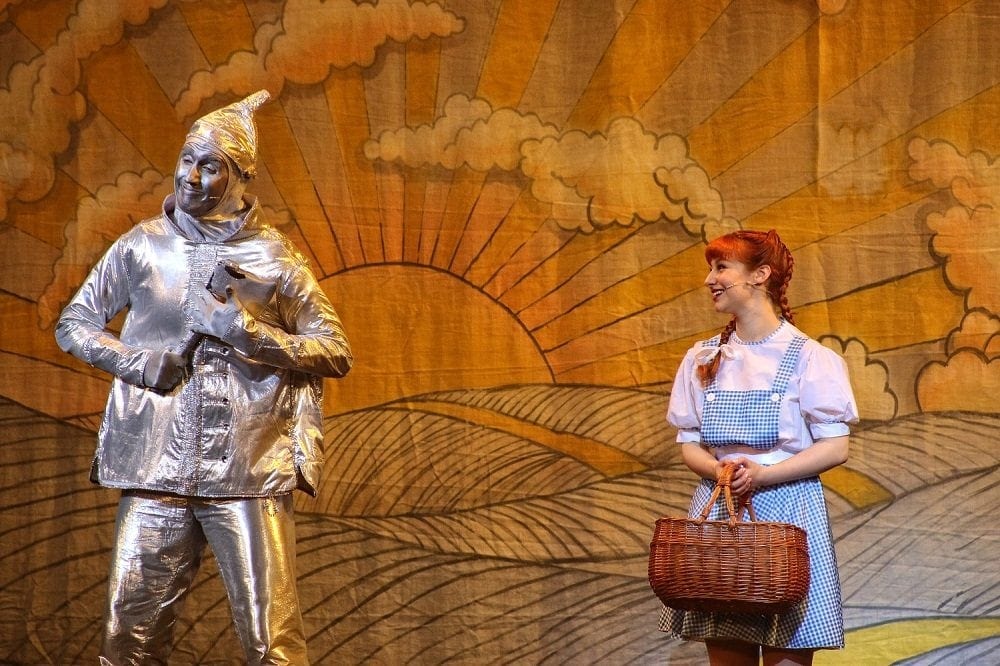 We all agreed that the show was fabulous.  The story was pretty true to the old film, although all the songs other than ‘Over the Rainbow’ were written for the show or were current pop songs with the words changed.  The costumes and sets were brilliant – so much so that the scarecrow and lion were the spitting image of the ones in the film – and all the cast were really good.  The only real negative comment (and I’m nit-picking) was that, at times, the music seemed too loud and drowned out some of the singing.    There was a very random section at the end after the witch had been melted, involving a black stage with luminous teddies floating around on the black backdrop, to the ‘Teddy Bears Picnic’ music.  None of us were sure how it fitted with the story, but it was quite nice all the same and it was a talking point!  There were sing-alongs, quite a bit of audience participation and the kids loved being sprayed with water by the lion brandishing a huge supersoaker gun. 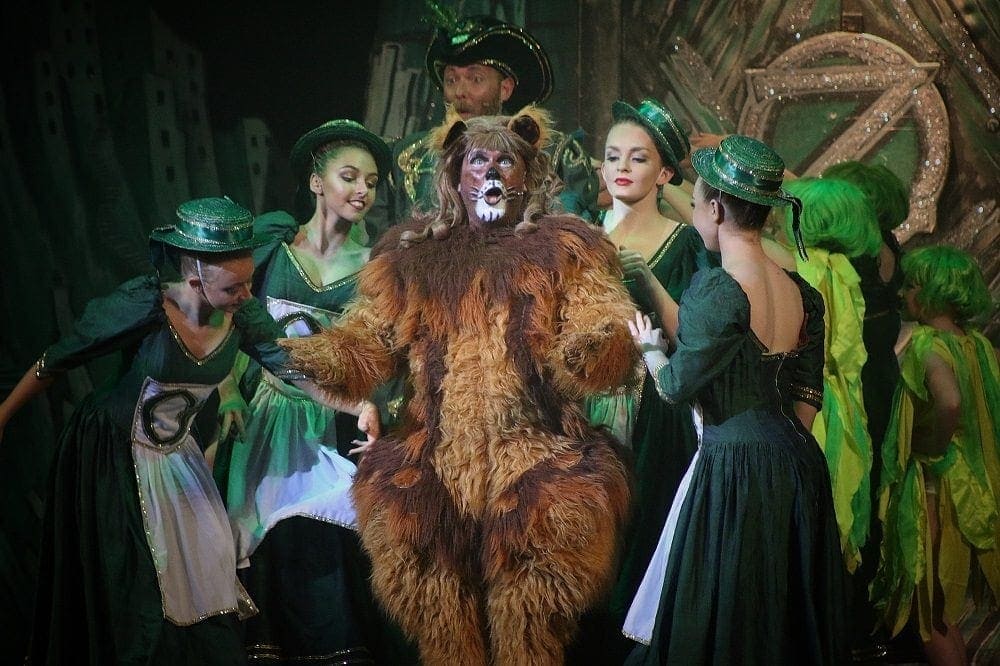 Great fun for all the family (and at just less than 2 hours long including interval, not too long for really small children either).

NB: Jane and her family received tickets in order to review but all views and opinions are her own.