Find out what we thought of Willows Activity Farm

We left home nice and early to arrive at Willows Activity Farm for their opening time, aiming to make the most of our day out. When pulling off the M25 I was slightly scared to see we were one of many cars flowing into the car park before the farm even opened. It was the school holidays, so I suppose I should have expected it.

We joined a queue to get in and it was nice to see that despite being busy already, the entrance was smooth running and therefore we didn’t have to wait long. We grabbed a map and bought a bag of animal feed and headed in. First impressions, the map makes it look so small, but you’ll soon realise it’s not!

We had a scout around, wondering through the soft play barn and make believe area before heading to the stage to see the Peter Rabbit show. It was popular, with children at the front singing and dancing along. Hugh watched on, but I think at nearly 5, he was almost too old and really only wanted to head to the play park we had walked past. So off we headed but it took nearly an hour to get there! On the way we had to mine for gold (real gold of course!), play with the water jets and bounce on all the bouncy castles and trampolines. The playground was great for the older boys, with a zip wire next door for added fun. Little ones may have struggled but with animals close by they could easily be entertained whilst older ones played. 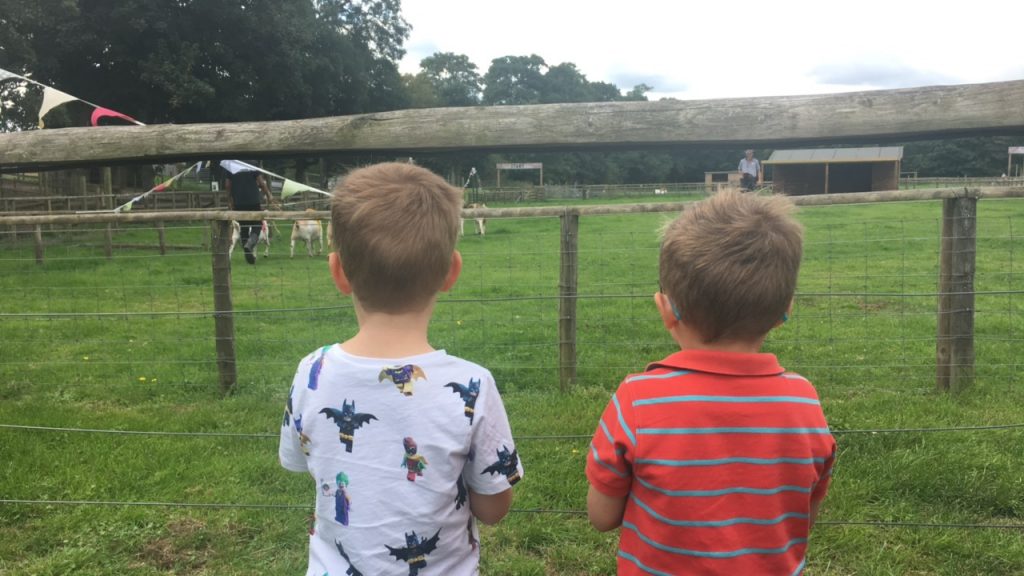 We had eyed up the packed programme of events when we arrived and decided we wanted to watch goat racing so headed across the farm where we found a race track and even a tote. The boys picked their winner, got their betting chip and watched on as the goats were paraded round the ring. Unfortunately, Vincent Van Goat was not on top form and came last. No winners medal this time but they still had fun.

The heavens opened so like everyone else we fled to the indoor play area. All the tables were full, but the play equipment itself was not too packed. It was good to see that there was a separate area for younger children, lockers to keep your belongings in and shoe storage. It was very loud and hot, but given the volume of people it wasn’t surprising.

We decided we would try find somewhere else to shelter so we headed to the JCB driver training shed. The boys quickly jumped onto a digger each and started ‘driving’. There was plenty of room and plenty of diggers to go round. They varied in size so little ones could join in too. Given that it was also an indoor activity it soon became full as the weather became torrential. The boys were entertained for over half an hour as we sat on benches and watched them whizz round.

The last thing on our ‘to do list’ was the maize maze. The main paths were all gravel and therefore ok despite the rain, but as we turned into the field we were advised that it was muddy. We decided it was worth a try, so we put on wellies and headed in. The maze wasn’t as muddy as the path to get to it so it was worth taking the risk. It was a great activity for the boys as they enjoyed hunting out Peter Rabbit characters. It took us nearly 45 minutes, so not a quick thing to do but a must for those who visit with older children. 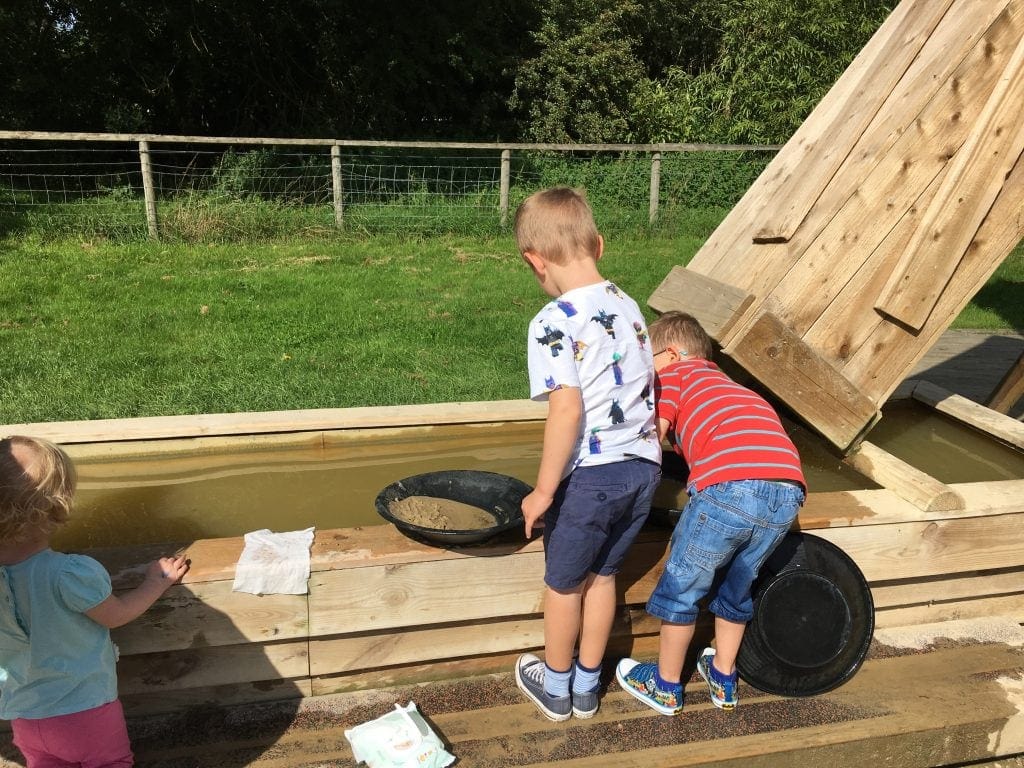 It was hard to drag the boys away, but it was the end of the day. We had been there from opening and by closing time there was still so much more we hadn’t done. On the face of it, the tickets seem expensive, but having visited it really is a full day worth of entertainment and once you are there, all the activities are included. The farm is well maintained, I was impressed with the cleanliness of the equipment and the grounds. There was plenty of staff around and despite the large number of people visiting that day, it never seemed crowded.

I would suggest that Willows would best suit children up to 8 years old. Though the boys loved the day, I feel like some of the activities would not suit them for much longer. It would be a great place to visit with a mixed age group as there is such a variety of activities. We need to go again, there seems to be so much we didn’t get chance to do in a day. More than anything, I didn’t even have time to visit the gift shop!

NB: Emily and her family received free tickets in order to review but all views and opinions are their own. 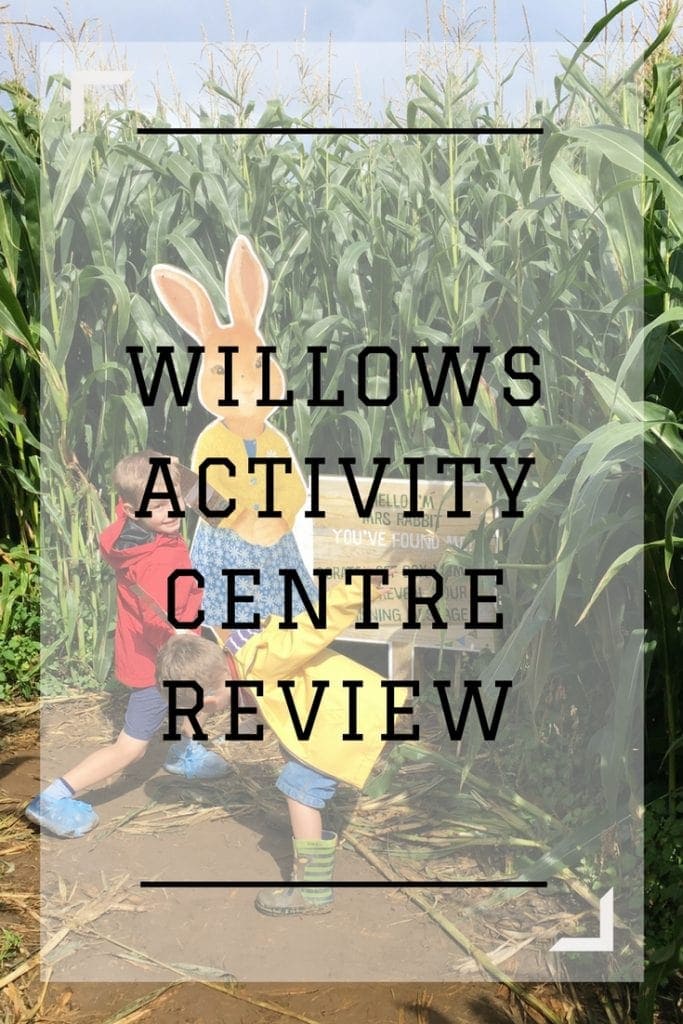 Looks lovely, I'll have to bring my newphews here :-)