Last night at the end of International Women’s Day 2018 I went with a friend to watch Wicked at The Liverpool Empire. Wicked is often billed as one of the Greatest Musicals of All Time – so is it?

Based on the acclaimed, best-selling novel by Gregory Maguire that ingeniously re-imagines the stories and characters created by L. Frank Baum in ‘The Wonderful Wizard of Oz’, WICKED tells the incredible untold story of an unlikely but profound friendship between two sorcery students at Shiz University. Their extraordinary adventures in Oz will ultimately see them fulfil their destinies as Glinda The Good and the Wicked Witch of the West. Acclaimed as “a thrilling theatrical experience with brains, heart and courage” (Metro), WICKED transports audiences to a stunningly re-imagined world of Oz, providing wonders beyond your imagination…

The premise of the Musical Theatre extravaganza is “Was the infamous Wicked Witch of the West really wicked, or the innocent victim of a corrupt regime?”  The tale of Dorothy and the yellow brick road is re-told as we start at the beginning of the story and understand what happened before Dorothy famously triumphed over the Wicked Witch.  It appears from the production of Wicked that in the Wizard of Oz we only ever heard one side of the story.

I had seen Wicked before, a long time ago in London and when I saw it for the first time I knew it was going to be a hit but could not have foreseen the fact that it would become the the 15th longest running show in West End theatre history and in 2018 be in its 12th year at London’s Apollo Victoria Theatre, where it continues an open-ended run. Around the world, WICKED has been seen by 55 million people in 16 countries and won over 100 major awards, including ten theatregoer-voted WhatsOnStage Awards (winning ‘Best West End Show’ on three occasions) and two Olivier Audience Awards.

However on the night we saw Wicked at the Liverpool Empire the role of Elphaba was played by the quite simply incredible understudy Amy Webb. When she sang the whole audience  couldn’t take their eyes off her, her voice was so powerful and engaging and emotional. 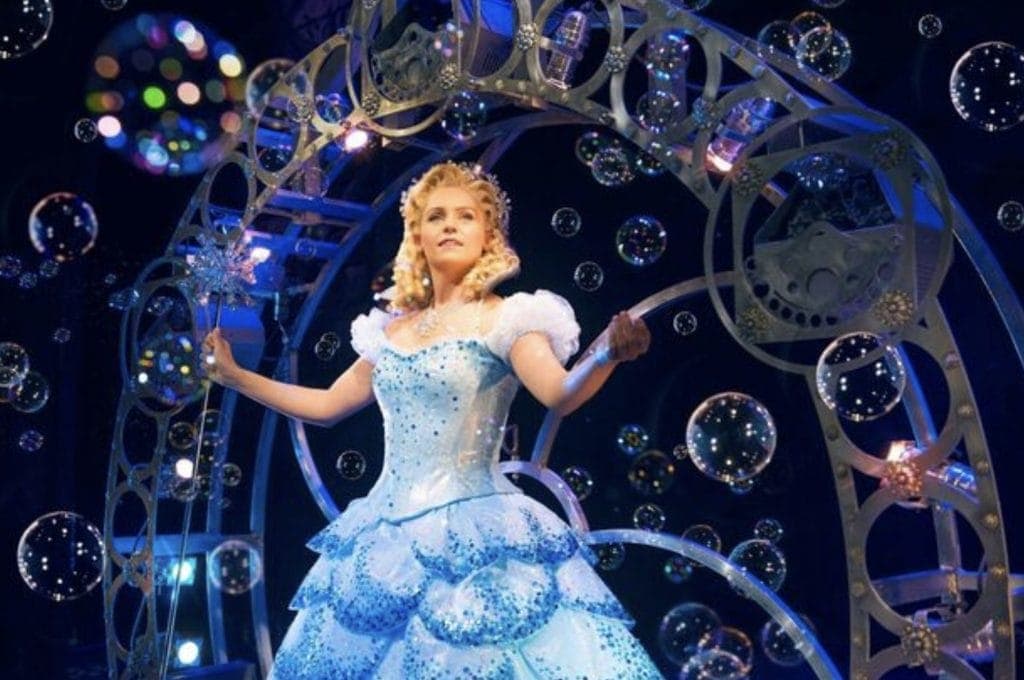 The on stage chemistry between AmyWebb as Elphaba, and Helen Woolf as Glinda meant that at times I didn’t notice the performances of the rest of the cast. That is not to say that they did not perform, but simply that the two incredibly strong leads stole the show.

We left after nearly 3 hours at the Liverpool Empire beaming from ear to ear. It was uplifting, energetic and emotional. A fabulous way to end International Women’s Day! Oh and I can confirm that yes it is one of the greatest musicals of our time.

WICKED has returned to the Liverpool Empire for four weeks only until Saturday 31 March 2018, and with an incredible 63,000 tickets already sold, best remaining ticket availability is at Monday–Wednesday evening performances and mid-week matinees.Tickets can be purchased in person at the Liverpool Empire Box Office, online at www.atgtickets.com/Liverpool or by phone on 0844 871 3017.

NB: We received complimentary tickets to watch Wicked but all views and opinions are my own.

This sounds like a fabulous show. Will have to look out for it when it comes near me.