The Railway Children at Kings Cross has been on my list of things to watch since it was first staged in York in 2008. When you have been looking forward to something for so long it is often a worry that it won’t live up to expectations. I needn’t have worried it was blooming marvellous!

The Railway Children was a favourite book as a child. I’ve seen adaptations on the television, I’m pretty sure I’ve seen the film and more recently I’ve read over and over and over again a very adapted version to the girls. When I told them I’d be given tickets to see the show at the end of our 3 days in Greenwich they were bursting with excitement. I tried to explain the premise of the setting, it’s on real train tracks and we all sit on the platform I explained; you can have drinks in the waiting room! All of these things are true but they have to be seen to be believed. 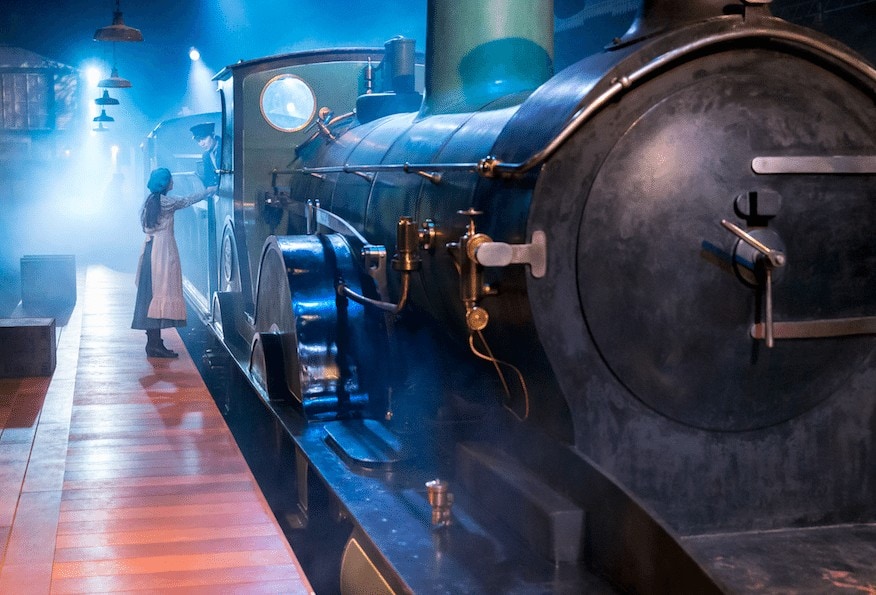 The show takes place in a purpose built theatre behind Kings Cross Station. Easy to wander to from both Kings Cross and St Pancreas. It’s a treat from the moment you walk into the waiting room and see signs for platform one and two. We were lucky enough to be on the front row in the middle but to be honest I don’t think there could be any bad seats as the theatre is quite small and the action takes place all along the stage.

The story is told by the adult railway children as they recall when they first became The Railway Children. At first this confused the girls slightly but they quickly adapted to the adult Bobbie, Peter and Phylis and gasped when Father got taken away, cried when Mother cried and panicked when the children got stuck in the tunnel.

The real star moment in the show, is the end of the first act when Bobbie has to run onto the track to stop the train. Throughout the first act the train is ‘suggested’ the stage moves to resemble the train movements and the smoke and train noise symbolise the train arriving or departing, but as Bobbie runs towards the train to try and stop it, emotions are high and then the real train arrives! Yes really an actual real train. No photos or video is allowed within the theatre or I’d have tried to capture their faces, it was a true delight! They were totally mesmerised. 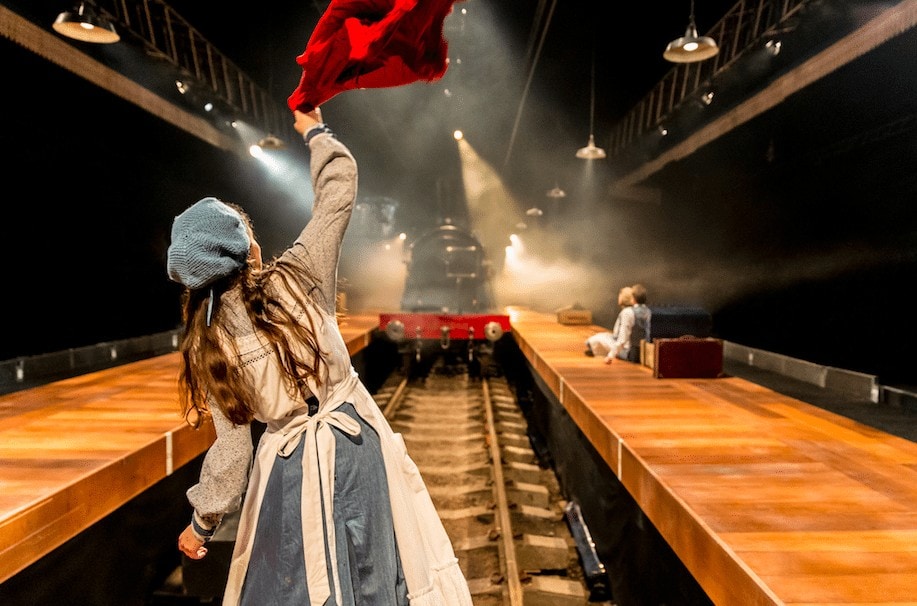 Throughout the show there are moments of humour and for fans of all ages something to love. To add to the pull of the show Justin Fletcher will transform from the much-loved children’s character Mr Tumble into the equally loved Mr Perks for two months only, from 31 August to 30 October 2016.

At 2 hours 20 minutes long which includes a 20 minute interval, the show is absolutely brilliant for kids over 5, although I did see some younger ones. I also know some adults who have been without kids and loved it too. It’s just as I described at the beginning, it’s blooming marvellous.

If you were thinking of booking, just do it: you’ll love it!

I've been meaning to take my kids to this for ages, and you've persuaded me that I need to book up! Thanks for the great review X

This sounds amazing and so exciting. I think I would have been scared too to see a real train arriving!

It does sound such an amazing show - I love the fact it is set around train tracks and the train arriving on train must be pretty spectacular.