Hugh is a Julia Donaldson fan, in fact Stickman is his absolute favourite; I wondered if the theatre production would live up to his enormous expectations… so no pressure!

Having seen theatre adaptation of ‘The Gruffalo’ and in fact ‘The Gruffalo’s Child’ only two weeks before, I was sure I would know exactly what the Stick Man Live would be like. A polished production with some songs and audience participation – surely they are all roughly the same?

So off we went to London, this time we invited Oliver, Hugh’s best friend to join us. As we arrived to hustle and bustle of Leicester Square, we found the Leicester Square Theatre tucked up in a side street; the entrance was small, making it a little hard to queue to collect our tickets.

We were informed the doors did not open till 30 minutes before the show, a little surprising based on previous experiences. So we meandered round Leicester Square where the boys were entertained by street acts and all the gift shops. When we returned to the theatre ready for the show, it became apparent that it was really small. You have to go down some winding stairs which is not ideal for anyone with a buggy – there was a buggy park available at the bottom of the stairs but it was a little packed.

The auditorium was one large room with long rows of seats. If you were stuck in the middle with a child who may need the toilet half way through, you would have to disturb a lot of people to get out. I would suggest that you try and book seats as close to the edge as possible.  We treated the boys to some freshly made popcorn and took our seats, but they are really low; at 5ft 3ins if the seat in front was occupied I would have struggled to see! Luckily they had a mountain of inflatable booster cushions which meant with the empty seats in front of us, the boys could have a clear view to the stage. 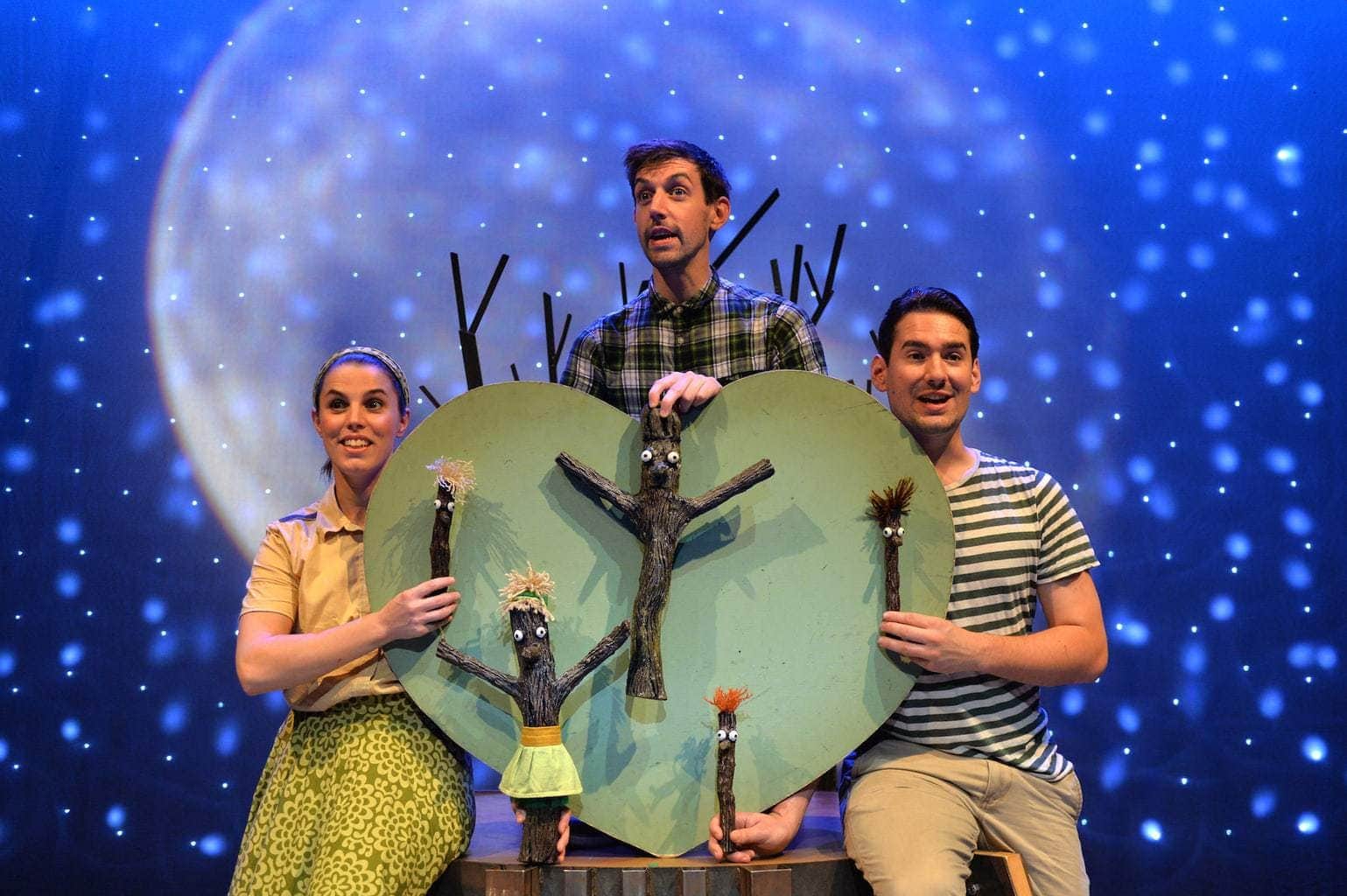 The set was basic, different to what I had expected, coupled with the theatre being smaller and more basic, I hoped that it would live up to the high expectations Hugh would have. I am pleased to say that within minutes of the show starting he was mesmerised. In fact the boys even paused whilst eating popcorn, they were that captivated!

Despite only being three actors, with a lot of musical instruments and props, the show was the best Julia Donaldson adaptation I have seen. It was interactive with the audience and the boys happily joined in. It has a hint of pantomime with easy to follow songs, actions and the appearance of a certain bearded man at the end. The less polished production makes the children feel more inclined to participate – there wasn’t a ‘life size’ Gruffalo causing tears, and the props are similar to that you would see at school. With a few rounds of ‘he’s behind you’ thrown in for good measure and some discreet adult jokes, it was a great show that both the boys and Mum’s loved. 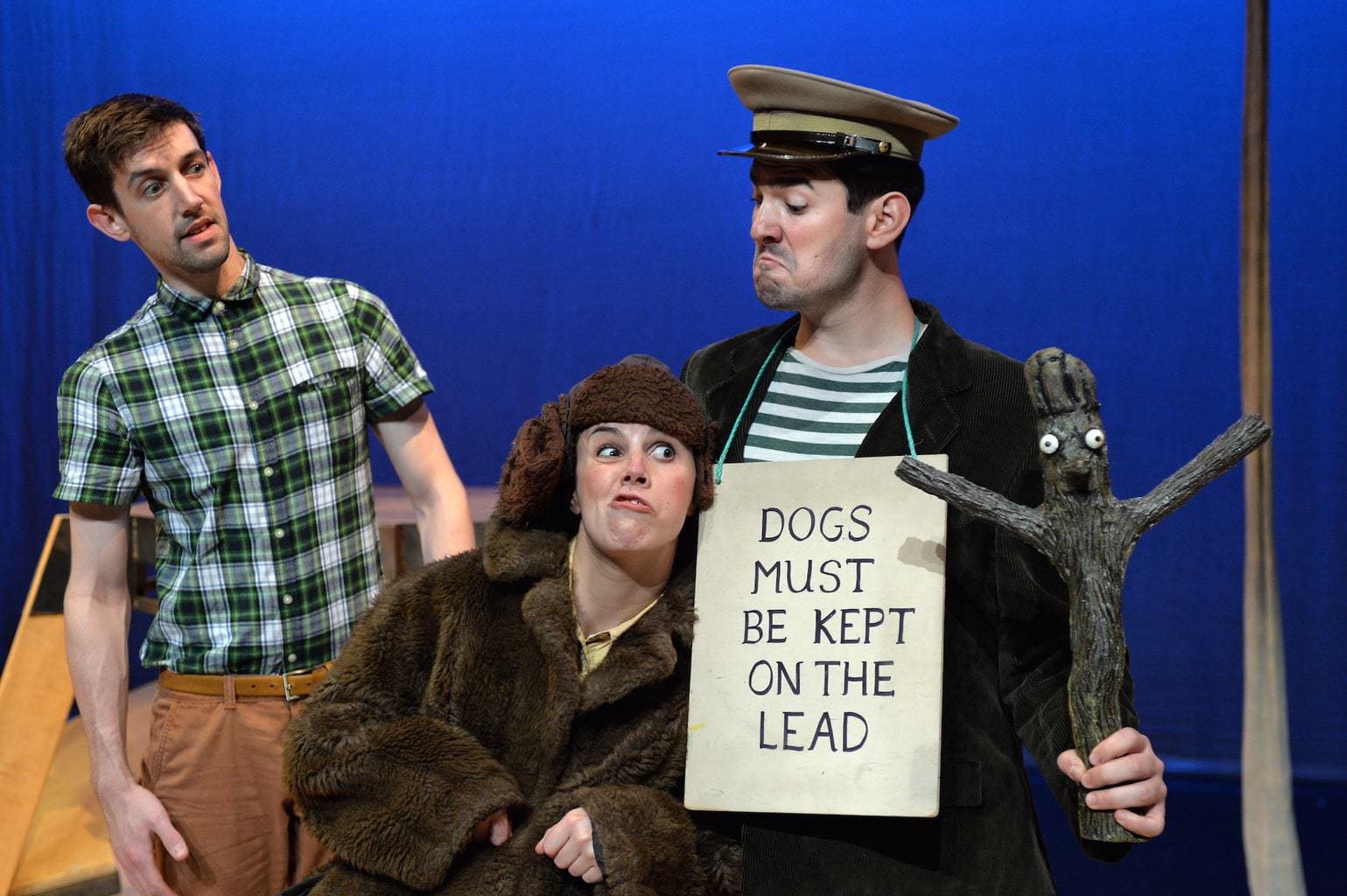 It is the ideal festive treat, a real winner for any Stickman fans – worth battling the central London crowds for… I would see it again, with or without Hugh!

Stickman is now on in the West End until 30th December making it the perfect festive treat.

NB: Emily and her family were invited to watch Stick Man but all views are her own.