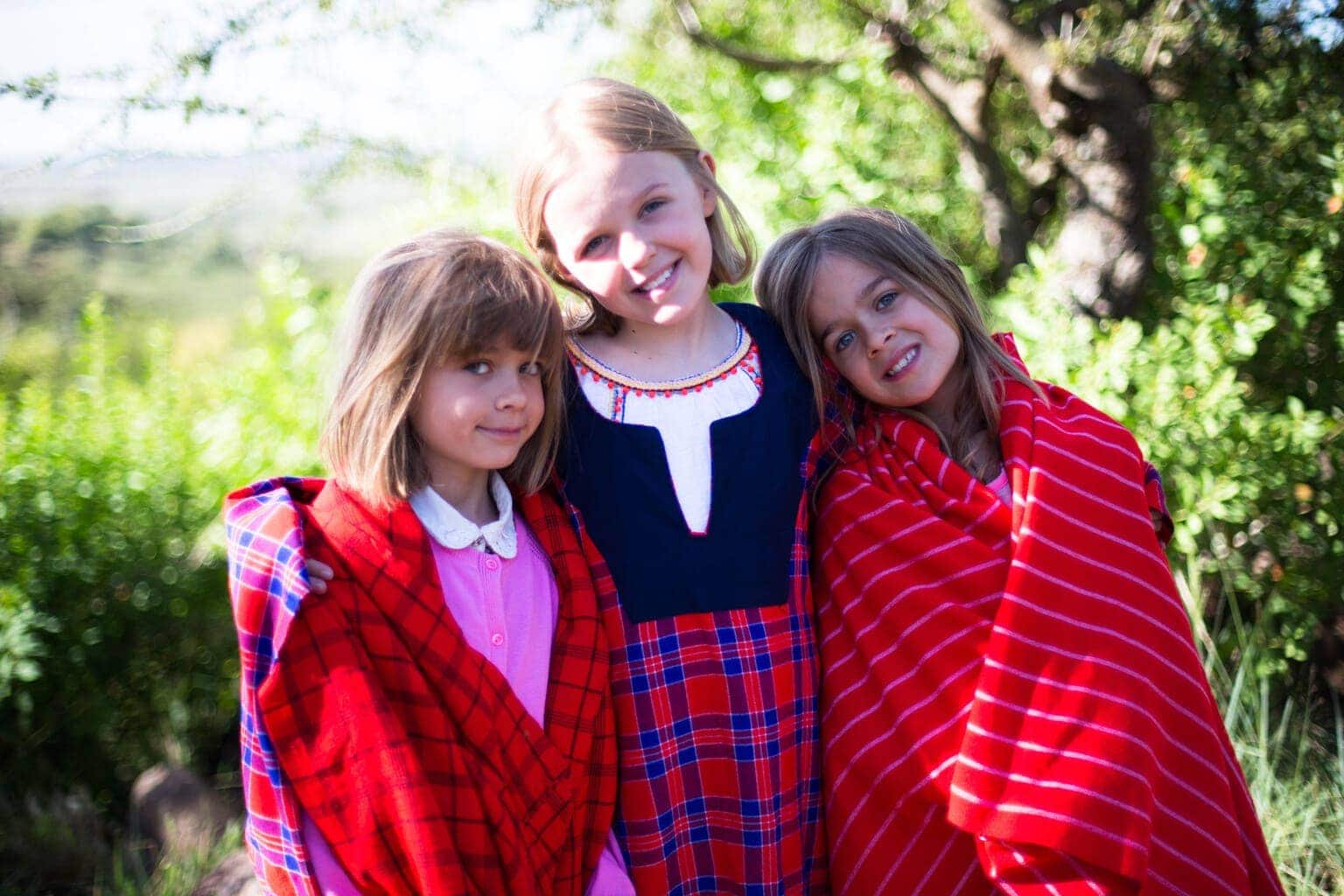 Our next stop on our Tanzania Family Holiday was Serengeti Pioneer Camp part of the Elewana Collection.

Once you arrive into the Serengeti National Park you basically do a game drive in the Serengeti on your way to Serengeti Pioneer Camp as it’s around 2 hours 30 from the gate.

On our way across the Serengeti plains I couldn’t believe how many animals we saw. We saw the beginning of the wildebeest migration and thousands of zebra too. We saw giraffes and elephants, hyenas and jackals, all manner of deer and then when we were just half an hour away from the Serengeti Pioneer Camp, our guide Martin from Rangers Safaris, received a call on the radio to say there was a sighting of a couple of lionesses with their cubs feeding about half an hour back. We decided we couldn’t pass up that opportunity so turned around.

When we arrived at the site (with only 4 other vans) we did indeed find two lionesses with seven cubs between them. It was an incredibly special moment and I’ve never seen baby cats on a safari before, ever.

I don’t know how long we stayed at the side of the cubs but we only left when they decided to wander off and play somewhere else.  We felt very lucky indeed.

We finally arrived at Serengeti Pioneer Camp at around 6.30pm, over 10 hours after we had left Tarangire River Camp. I wouldn’t recommend this length of journey to anyone but full credit to the kids they did remarkably well. If however I was going to arrive anywhere again after an over 10 hour car journey I’d choose the Serengeti Pioneer Camp. It is possibly on the list now as one of my favourite places I’ve ever stayed.

As we arrived at Serengeti Pioneer Camp at 6.30pm we were welcomed warmly with cold towels and drinks, and then ushered into the bar area which overlooks the plains and offered pre-dinner snacks and drinks. Both of these were very welcome after such a long drive and we immediately started to relax.

During this time we were introduced to our butler Emilo and shown the menus to choose our dinner. Serengeti Pioneer Camp has a dedicated kids menu (albeit they can choose off the adult menu too) including home made burgers, fish fingers, pizza and nuggets along with a whole host of other things, the kids were delighted.

We were then shown to the family tent at Serengeti Pioneer Camp. This took my breath away. The Family tent was basically two of the other enormous tents added together. There was an enormous (larger than super king sized) bed with en-suite and the kids had another part of the tent with 3 large single beds and their own en-suite too.

Additional touches at Serengeti Pioneer Camp such as a laundry service that is included, sherry and cookies in your room (both rooms as it happened) and water in jugs that you can pour into Elewana bottles (yours to keep) meaning no plastic bottles really impressed us.  Water in your room is heated with solar power meaning warm water is usually only available in the evening, but if you ask them the night before to heat the water for an early shower they will happily build a fire and arrange it.

Following our long hot showers we radioed our masai guide to come and collect us for dinner and were delighted to find a table set up in our own space within the rocks and lit with candles. It was truly a spectacular setting.

Nothing is too much trouble for the team at Serengeti Pioneer Camp. Isobel didn’t like her Explorer Burger, nothing at all wrong with it (she’d simply chosen wrong) so they quickly brought a new dinner of fish fingers for her reassuring her nothing was difficult or impossible. I imagine she would quite like that response at home (however unlikely!).

My dinner was incredible and wouldn’t have been out of place at a 5 star restaurant never mind in the middle of the Serengeti and the Sauvignon was cold and very enjoyable.  All drinks as well as food are included in the price you pay at Serengeti Pioneer Camp.

As we had decided to spend the morning at the Serengeti Pioneer Camp after such a long day in the car that day, we sat around the fire after dinner as the kids told ghost stories and we didn’t return to our tent until about 9.30pm.  As our masai guide walked us back to the tent, the kids chatted happily about our day and the lion cubs and I sensed ‘lion man ‘ as he’s now called could hear something.

We were zipped into our tent and almost immediately asked to come back outside. Simba Simba was being whispered and as we stepped out of the tent there was a male lion less than 10 metres away from our tent. Just standing there watching us and we watched it. It must have been walking about that distance away from us as we walked back to the tent.

We watched in something of a daze before scampering back into the tent and watching him stroll magestically around the back of our tent roaring as he went. It really was an incredible moment and one I won’t forget in a while.

I also won’t forget why you call a masai guide to come and take you to and from dinner as lions can and do appear by your tent at Serengeti Pioneer Camp. A leopard has also from time to time been seen drinking water from the pool in dry season.

I slept, I won’t say well that night, although I should have done due to the enormous bed, soft white linen and comfy pillows, but there is something about hearing the lion you have just seen, roar through the night and imagining him just outside your tent. A one in a million experience.  The hot water bottles and notes on your pillow with messages about a relaxing sleep were a really lovely touch.

Forget about times of meals. Breakfast at Serengeti Pioneer Camp is whenever you would like it. We arrived for breakfast when everyone else had already gone out on their game drives and enjoyed a really lovely breakfast with a view. There is a menu with lots of different breakfast options on, but you can order whatever you like really, and the kids enjoyed eating cereal followed by lots of pancakes.

After breakfast we spent some time in the lounge playing games before the kids played in the small pool. I can imagine in July and August when temperatures and very high the pool would be a welcome relief but in late May it was a little chilly for grown ups!

However the highlights for us was a leopard sighting, a serval cat just wandering at the side of the road, and a cheetah with her 6 cubs. We spent a good hour watching the cheetah and her cubs play in the long grass and amazed that anyone had every found them as they blend into the grass so well.  All the kids decided that they wanted a cheetah cub for Christmas (no pressure Santa) although did also decide that our domestic cat Poppy might not be too pleased if we arrived home with some.

That afternoon in the Serengeti was perhaps one of the best times I’ve ever had on safari –at least until the morning after.

We left Serengeti Pioneer Camp the next day around 8am after another fabulous breakfast. There was some reluctance from the kids to leave however I’m glad we left when we did. About an hour way from Serengeti Pioneer Camp on the way to the Serengeti Gate we stumbled across what we thought was a hyena and was in fact a pride of 13 lions (including lots of cubs) eating a kill at the side of the road.  We watched as they ate and played and ate and played, before watching as they sensed a loan wildebeest, sent some of the pride off to track it, and then watched as a lioness stalked through the long grass and finally brought it down.  There was a sense of amazement from most of us, before full on tears from Evie who hadn’t wanted to see the wildebeest die.  We had to reassure her it wasn’t a baby one…

Our time at Serengeti Pioneer Camp and in the Serengeti had been amazing. Picture perfect and full of everything that you wanted to see. We only had the rhino left to find and would hopefully find that in the Ngorongoro Crater. 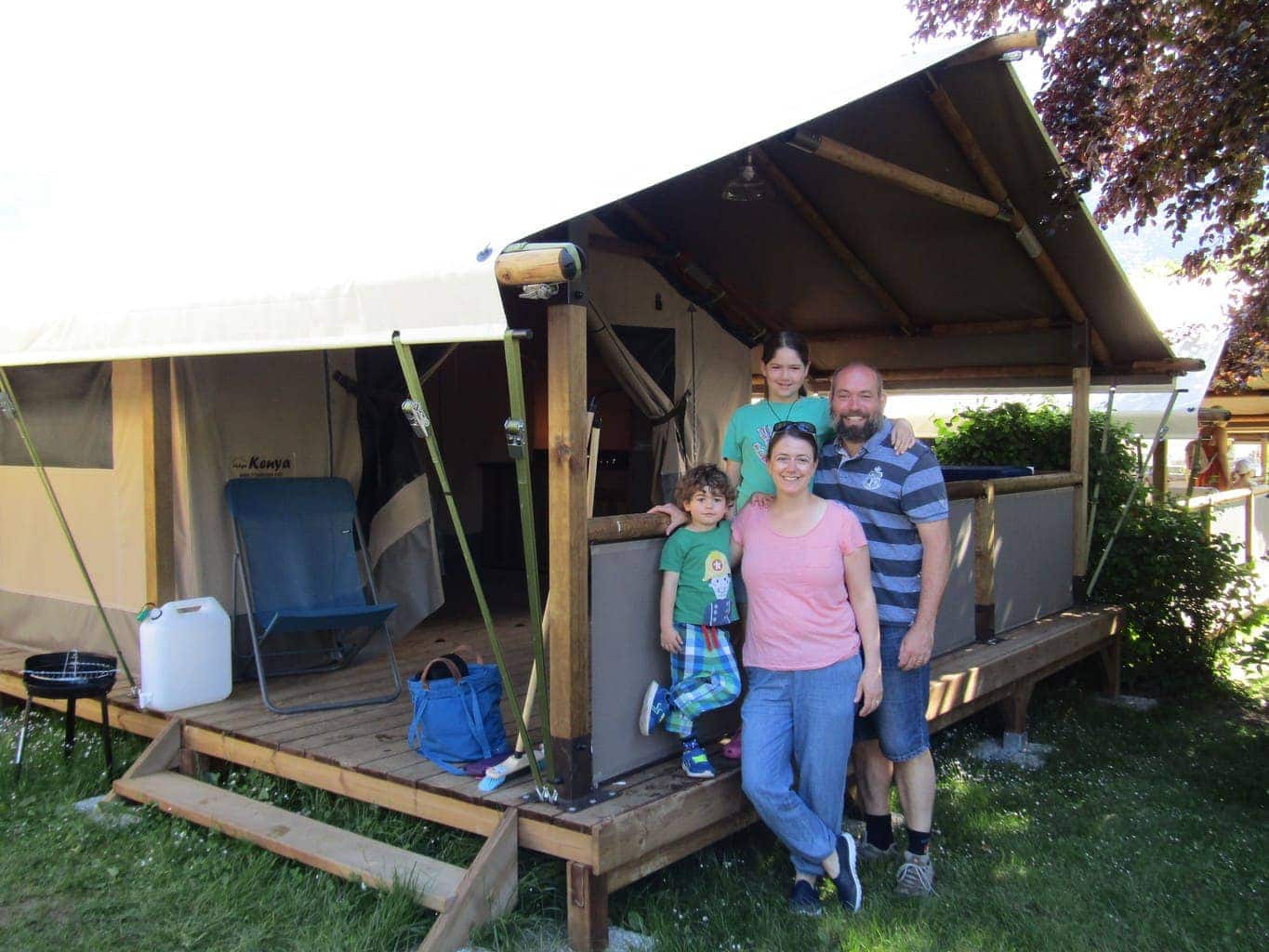 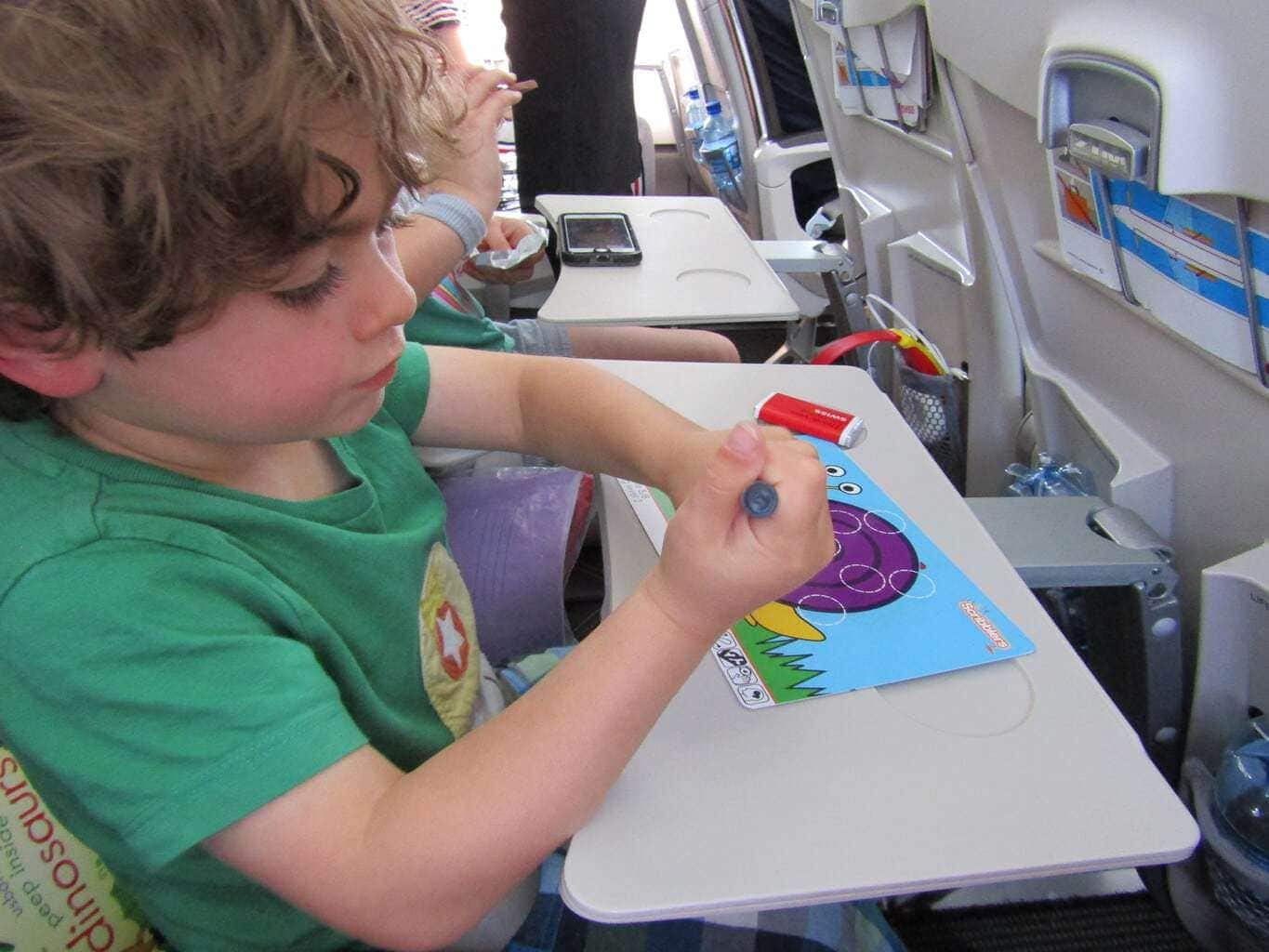 What an amazing adventure for you all. Tanzania really is a very special place and Serengeti Pioneer Camp sounds extra special.